Ida Karlsson reports on the findings of the Stockholm International Peace Research Institute, which analyzed trends in weapons sales over the past five years. 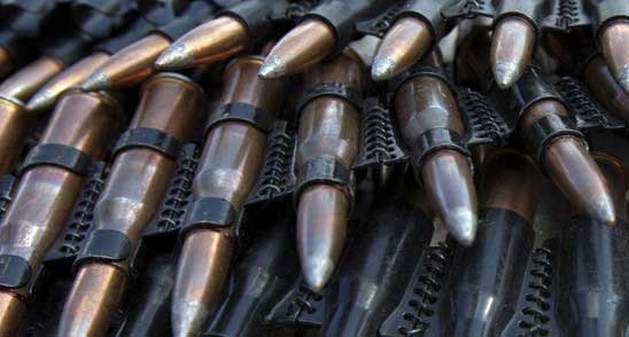 The largest exporters of weapons in the last five years were the United States, Russia, France, Germany and China. Together they accounted for 76 percent of all arms exports in 2015–19.

Russia is still the second-largest arms exporter in the world but the country’s sales have dropped over the last five years. France has established itself as the third-biggest arms dealer, according to a report published by the Stockholm International Peace Research Institute, Sipri, which analyzed trends over the past five years.

The largest exporters of weapons in the last five years were the United States, Russia, France, Germany and China. Together they accounted for 76 percent of all arms exports in 2015–19.

France had the highest increase in arms exports among the top five countries. French arms exports reached their highest level since 1990, which accounted for 7.9 percent of total global arms exports.

“Russia has lost traction in India – the main long-term recipient of Russian major arms – which has led to a sharp decline in arms exports,” says Sipri researcher Alexandra Kuimova.

With its increase in exports, the United States is widening the gap between itself and Russia.

The Sipri report shows that countries in the Middle East have been stepping up their weapons import by 61 percent compared to the years before, with Saudi Arabia being the biggest importer worldwide.

“Half of the U.S, arms exports in the past five years went to the Middle East, and half of those went to Saudia Arabia,” says Pieter D. Wezeman, senior researcher at Sipri.

All in all, European countries accounted for more than a quarter of the global arms trade. International arms trade grew by more than 5 percent between 2015 and 2019, according to the report.

Ida Karlsson is a correspondent for Inter Press Service.

← Saudi Women’s Rights Activists Pull Back Curtain on Crown Prince
Nuclear War Could Devastate US, Even if No One Shoots Back →