The case of Loujain al-Hathloul and others is embarrassing for MBS, who wants Western allies to consider him a reformer, say  Medea Benjamin and Ariel Gold. 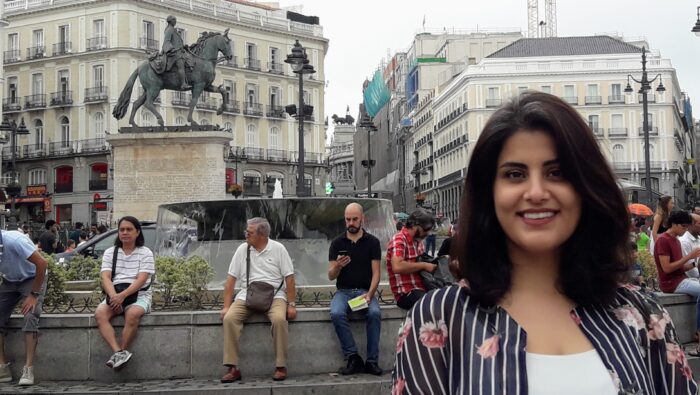 Crown Prince Mohammad bin Salman (MBS), Saudi Arabia’s 34-year-old de facto ruler is on a tear. He has arrested members of his own royal family and initiated an oil price war with Russia that has sent the price of oil — and the world’s stock markets — plummeting.

Behind the headlines, another critical event is taking place in Saudi Arabia. On Wednesday, women’s rights activist Loujain al-Hathloul, who was arrested almost two years ago for advocating the right to drive, was due back in court. The diabolical MBS wants the world to believe he is the Arab world’s liberal reformer and took credit for eventually granting women the right to drive, but he is also the one who had al-Hathloul and nine other women thrown in prison, charging them as foreign agents and spies. The imprisonment of these peaceful activists exposes the brutal nature of MBS’s regime and the duplicity of the Western democracies that continue to support him.

Loujain al-Hathloul gained notoriety in 2013 for campaigning against the driving ban when she posted videos of herself driving as an act of civil disobedience. She was first arrested in December 2014 when she attempted to drive from the United Arab Emirates to Saudi Arabia and spent 73 days in prison at that time. Al-Hathloul has also been an outspoken advocate for an end to the male guardianship system that treats women as no more than children throughout their entire lives.

On May 15, 2018, a group of armed men from the state security agency raided al-Hathloul’s family’s house and arrested her. For the first three months of her detention, she was held incommunicado with no access to her family or a lawyer. According to the communication she was later able to have with her family, during those three months, she was beaten, waterboarded, given electric shocks, sexually harassed, and threatened with rape and murder.

Al-Hathloul languished in a Saudi prison for almost a year before the public prosecutor’s office finally announced that it had concluded its investigation and alleged that Loujain was involved in activities that “aim to undermine the Kingdom’s security, stability, and national unity.” She was accused of contacting “enemy groups” — a reference to cooperation with the United Nations and human rights groups such as Amnesty International.

Al-Hathloul’s initial hearing was in March 2019, but she was not allowed access to a lawyer or to hear the charges prior to the hearing. Her family members were permitted to attend, but the court was closed to both diplomats and journalists.

Freedom in Exchange for Denying Torture 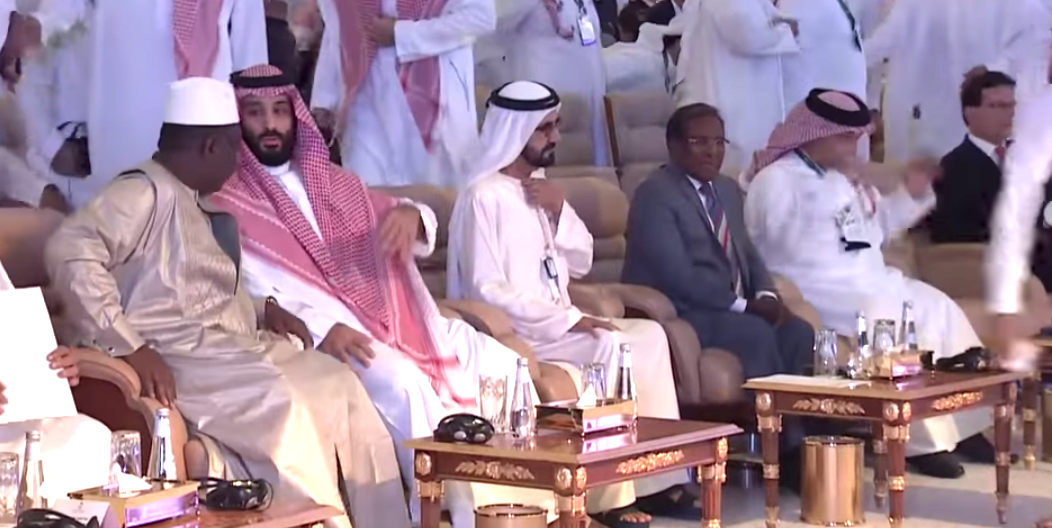 According to her family, in August 2019, al-Hathloul was offered her freedom in exchange for denying, on video, that she was subjected to torture. She refused. For her incredible bravery and determination to fight for women’s rights, eight members of U.S. Congress have nominated al-Hathloul for the Nobel Peace Prize.

The case of al-Hathloul and the other women’s rights activists on trial in Saudi Arabia is a tremendous embarrassment for MBS, who has been putting an enormous effort into convincing his Western allies that he is a reformer and that Saudi Arabia is becoming more liberal. But behind the facade of new musical concerts and theme parks, the crown prince has overseen a vast crackdown on all forms of opposition and dissent. In November 2018, the CIA concluded that MBS was the one who ordered the gruesome assassination of Washington Post journalist Jamal Khashoggi. MBS is also responsible for dragging Saudi Arabia into an internal conflict in Yemen, where constant Saudi bombings have decimated what was already a poor country.

The fact that MBS lifted the driving ban and simultaneously put in prison those who had campaigned and suffered for such reforms makes clear his actual motive: to silence dissent and prevent these women from being heard. Loujain’s sister Lina al-Hathloul says that the regime arrested these women’s rights activists “so that they make the [Saudi] people understand that change only comes top down. And the people should not even try to make the changes.” This sentiment was echoed by Suzanne Nossel, the head of PEN America. “These gutsy women have challenged one of the world’s most notoriously misogynist governments, inspiring the world with their demand to drive, to govern their own lives, and to liberate all Saudi women from a form of medieval bondage that has no place in the 21st century,” she said.

“The very existence of this sham trial pulls the veil off of the authorities’ so-called push for reforms in the Kingdom,” said Lynn Maalouf, Amnesty International’s Middle East research director. “How can they initiate change in the country when the very women who fought for these reforms are still being punished for it?”

The bogus trial against Loujan al-Hathloul should compel governments around the world to put more pressure on the Saudis and demand al Houthloul’s immediate and unconditional release. Her imprisonment — as well as MBS’s arrest of royal family members and Saudi’s brutal war in Yemen — should be particularly embarrassing to the world community in light of the G20 meeting scheduled to take place in Saudi Arabia in November. How can the world’s leaders pretend that it is acceptable to meet in a country that imprisons and tortures peaceful women activists and bombs civilians in Yemen? It isn’t.

Medea Benjamin is cofounder of CODEPINK for Peace, and author of several books, including “Kingdom of the Unjust: Behind the US-Saudi Connection.”

Ariel Gold is the national co-director of CODEPINK and runs the organization’s Middle East Program.