Ed Holt reports on journalists’ reaction to Igor Matovic’s plan for them to serve as publicly funded  watchdogs. 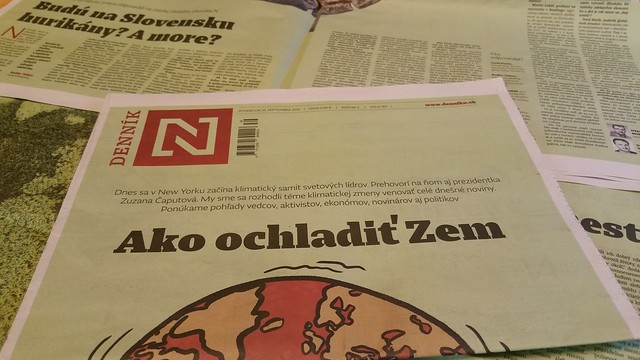 Plans announced by Slovakia’s prime minister-elect to fund investigative journalists to act as corruption watchdogs on government and state bodies have been dismissed as “a road to hell” by local journalists.

Igor Matovic, whose OLaNO party won Slovakia’s elections at the end of last month on the back of a strongly anti-corruption campaign, last week said investigative journalists were the best people to keep a check on the use of public funds by ministers and state officials.

But the idea, which comes just two years after Slovak investigative reporter Jan Kuciak and his fiancée Martina Kusnirova were shot dead, has been met with almost universal antipathy by the country’s journalistic community.

They say it could compromise journalists’ independence and fear it could be a way for political leaders to absolve themselves of responsibility for rooting out corruption.

Instead, they say, the incoming prime minister would be better off concentrating on introducing legislation to ensure they can do their work more efficiently and safely.

“It’s nice that Mr. Matovic is thinking of us, and this idea may be well-meant, but it’s is a road to hell,” Arpad Soltesz, head of the Jan Kuciak Centre for Investigative Journalism, told IPS.

Matovic said just hours after he won the elections that he wanted a special unit set up to root out public sector corruption.

He suggested the unit be made up of investigative journalists working across the country who could investigate corruption in central government and ministries as well as regional authorities and state bodies.

The fund would receive 10 million EUR per year from the state – Matovic has suggested legislation could be brought in to guarantee the funding – and that a yet to be established journalists’ organization would decide on allocating the financing from the fund. 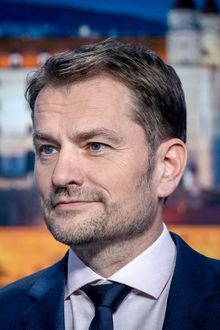 Slovakia has seen a slew of corruption scandals, some involving people at the highest levels of government, in recent years. The story Kuciak was working on when he and his fiancée were shot in his home east of the capital Bratislava, exposed links between the Smer party and the Italian mafia.

Matovic told Slovak media the work of the fund “would [act as] the best independent arbitrator on the transparency of the use of public funds.”

However, journalists said it could raise serious questions over media independence.

Marek Vagovic, head of investigative reporting at the Aktuality.sk online news outlet, for which Kuciak was working when he was killed, said in a Facebook post: “As one of the key pillars of respectable media is its independence, it is not appropriate to take any financial support from the government/state. Not now, not in the past, nor in the future…. It could lower public trust in us.”

The work investigative reporters do is widely recognized as a vital part of any free democracy in many states. But it is often expensive and not all newspapers can afford to do such reporting.

Because of this, funds are available in many countries, some with state financing, for investigative journalists.

However, many are clearly independent from governments which finance them, such as the Dutch Journalism Fund and the Dutch Fund for Journalism, which receive millions of euro per year in funding from the Dutch Education Ministry, but which are also funded from other sources and which decide on grant applications using independent experts.

Matovic’s plans so far suggest money for the Slovak fund would come solely from the state – something which worries local journalists who point to neighboring Hungary as an example of what can go wrong when government funds the media.

Populist Hungarian Prime Minster Viktor Orban and his Fidesz party are estimated to be in control of up to 90 percent of the country’s media, having used policy and public funding to essentially wipe out critical and independent news outlets.

In 2018, 467 media outlets alone, some of which had been created using public funds, were ‘given’ to the Central European Press and Media Foundation (KESMA) – run by people close to Orban – by their pro-government owners. This effectively brought them under the control of the regime. 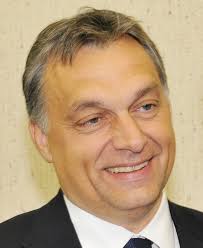 Beata Balogova, editor in chief of the Slovak daily Sme, was quoted in Slovak media as saying: “Forgive me if, in a region where Viktor Orban created KESMA, I’m a bit concerned about similar initiatives.”

Balogova and others have also questioned journalists’ powers to deal with corruption.

Matus Kostolny, editor in chief of the Dennik Ndaily, wrote in his paper: “Investigative journalists can uncover dozens of scandals, but they have no chance of uncovering everything and, unlike the state, they do not have the options to investigate, follow, and use documents that the police, prosecutors and secret service do.”

He added: “It is tempting to leave it to journalists to do, but, in reality it is the prime minister and his coalition partners who must be responsible for the government’s performance.”

Senior figures at Slovak newspapers have urged the incoming Prime Minister to instead focus efforts on making it easier and safer for journalists to investigate corruption.

Before his death Kuciak had told police he had been threatened by prominent local businessman Marian Kocner, whom Kuciak had written about. Kocner was later arrested and is currently on trial for ordering Kuciak’s murder.

In recent years journalists have also faced public denigration and personal attacks by politicians, especially from the Smer party and its leader Robert Fico.

Local journalists have said these repeated attacks by Fico – he called reporters “anti-Slovak prostitutes” and “idiots,” among other things – and others helped create a hostile atmosphere towards society which emboldened Kuciak’s killers to carry out his murder.

They say Matovic must ensure politicians in his government do not do the same.

Peter Bardy, editor in chief at Aktuality.sk,said in a Facebook post: “We thank Igor Matovic for his well-meant [idea], but rather than a fund we would welcome the creation of an environment in which we are able to do our work without attacks from politicians turning us into targets for hate attacks.”

But they also want concrete legislative action on key issues which they say makes their work sometimes impossible.

Current libel laws allow for massive fines to be meted out to media for stories about individuals and organizations. Critics say that for some publications these fines would essentially put them out of business, which can deter them from running stories containing corruption allegations.

“Ministries hide information about their business activities, using legislative exemptions or claiming business confidentiality. This needs to be changed,” Zuzana Petkova of the Zastavme Korupciu (Stop Corruption) NGO, wrote in a blog in the Dennik N daily about the fund proposals.

“I would like to see legislation introduced whereby any journalist revealing their source against their will would face a legal sanction, in the same way that a doctor or a lawyer is required to adhere to rules of patient/client confidentiality,” he told IPS.

Matovic has defended his plans, saying he sees no reason why the fund would necessarily affect journalists’ independence, pointing out public broadcaster RTVS is financed by the state.

However, in the run up to the elections Matovic’s party attacked the very same broadcaster for a lack of independence, claiming it was censoring negative reports connected to the outgoing ruling coalition.

It is unclear whether Matovic will be able to implement his plans. While there appears to be tentative support among politicians in the four-party coalition government he is set to lead, it is hard to see how it could function given the clear lack of support among the wider Slovak journalism community.

“No one in any serious media is positive about this plan. We say thanks but no thanks. Journalism should remain independent,” said Soltesz.

Ed Holt is a correspondent for Inter Press Service.

4 comments for “Journalists Tell Slovakia’s PM-Elect: ‘No Thanks’”