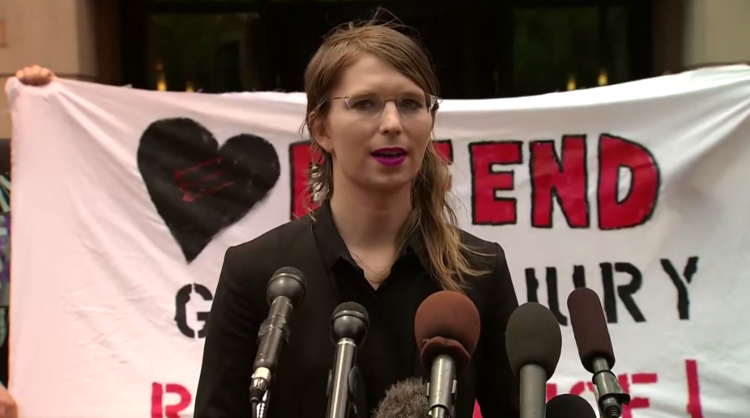 Manning was confined for 365 days or one year after being held in civil contempt because she refused to testify before a grand jury empaneled to investigate WikiLeaks. She attempted to commit suicide on March 11.

Trenga refused to waive these fines. She will still owe over a quarter of a million dollars.

In August, Trenga ruled, “Manning has the ability to comply with the court’s financial sanctions or will have the ability after her release from confinement. Therefore, the imposed fines of $500 per day after 30 days and $1,000 per day after 60 days is not so excessive as to relieve her of those sanctions or to constitute punishment rather than a coercive measure.”

Manning’s legal team challenged the court. “She has no personal savings, an uncertain speaking career that has been abruptly halted by her incarceration, and is moving her few belongings into storage, as she can no longer afford to pay her rent.”

Furthermore, according to her legal team, Manning attempted to share her financial records with the federal court in an effort to show that she has debt and a “compromised earning capacity,” which has “left her balance sheets near zero.” But the court apparently never completed a financial assessment of her ability to pay fines.

Melzer suggested authorities intentionally inflicted “progressively severe mental and emotional suffering for the purposes of coercion and intimidation at the order of judicial authorities,” and it compounded Manning’s post-traumatic symptoms and other mental and physical health problems, which she still experiences as a result of prior abuse she endured when she was imprisoned for releasing documents to WikiLeaks.

“I conclude that such deprivation of liberty does not constitute a circumscribed sanction for a specific offense but an open-ended, progressively severe measure of coercion fulfilling all the constitutive elements of torture or other cruel, inhuman or degrading treatment or punishment,” Melzer declared.

It was the second time in the past 10 years that a U.N. official condemned the U.S. government’s “cruel, inhuman, or degrading treatment” against Manning.

This article is from Shadowproof.