After the deaths of 157,000 people at a cost of $2 trillion, corruption is rampant and the carnage continues, writes Marjorie Cohn.

Protest against the war in Afghanistan during the Obama administration on Dec. 22, 2009, New York City. (Felton Davis, CC BY 2.0, Wikimedia Commons)

The administrations of George W. Bush, Barack Obama and Donald Trump all routinely lied to the American people about the success of the 18-year war in Afghanistan. They exaggerated progress and inflated statistics to create an illusion that that the war was winnable. But after the deaths of 157,000 people at a cost of $2 trillion, corruption is rampant and the carnage continues.

“There’s an odor of mendacity throughout the Afghanistan issue … mendacity and hubris,” John Sopko, special inspector general for Afghanistan reconstruction, told the House Foreign Affairs Committee during his Jan. 15 testimony. In the last few years, Sopko said, the Trump administration has been “lying by omissions,” classifying “everything that is bad news,” including Afghan troop casualties and calculation of Taliban strength.

Sopko was called to testify before the committee to explain The Washington Post’s explosive December 2019 series known as “The Afghanistan Papers.” Based on hundreds of interviews with leading U.S. officials, Sopko published “Lessons Learned,” seven reports about the secret history of the war. The reports omitted the names of more than 90 percent of the interviewees. 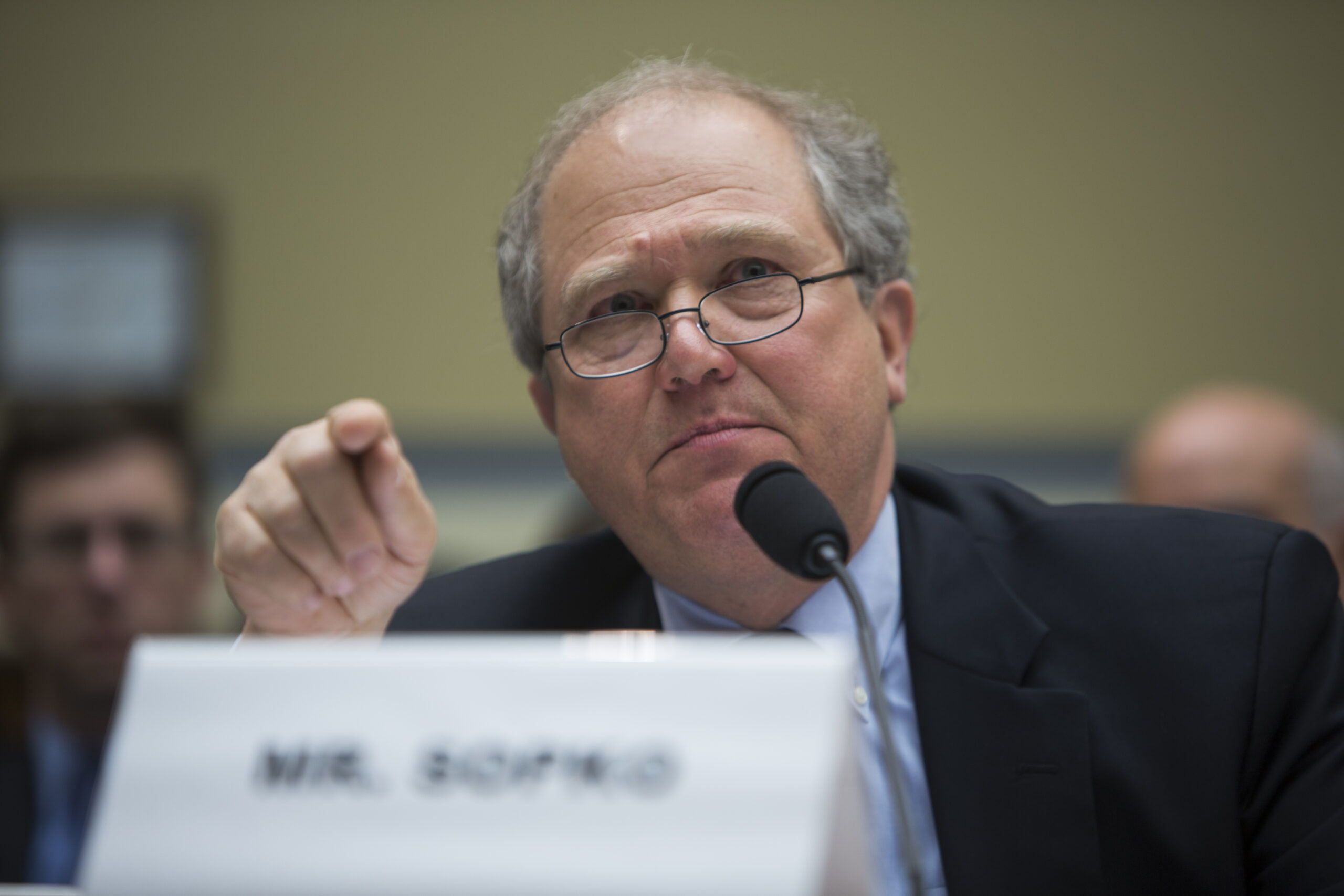 “Several of those interviewed described explicit and sustained efforts by the U.S. government to deliberately mislead the public,” the Post reported. “They said it was common at military headquarters in Kabul — and at the White House — to distort statistics to make it appear the United States was winning the war when that was not the case.” U.S. military officials took a page from the Vietnam War playbook, “manipulating public opinion.” As Sopko told the Post, “the American people have constantly been lied to.”

Meanwhile, U.S. troops didn’t know whether the enemy was al-Qaeda, the Taliban, Pakistan, Islamic State, foreign jihadists or warlords on the CIA payroll.

Indeed, Defense Secretary Donald Rumsfeld wrote in a 2003 memo, “I have no visibility into who the bad guys are.”

Since the George W. Bush administration illegally invaded Afghanistan in 2001, about 157,000 people have been killed, including 2,300 U.S. military personnel and 43,074 Afghan civilians. In 2018 alone, 3,804 Afghan civilians were killed, the highest yearly number since the United Nations began calculating casualties 10 years ago.

The cost of the United States’ longest war is over $2 trillion. That figure includes $1.5 trillion to wage war, $87 billion to train Afghan military and police, $10 billion for counter-narcotics, $24 billion for economic development, $30 billion for other reconstruction programs and $500 billion for interest. 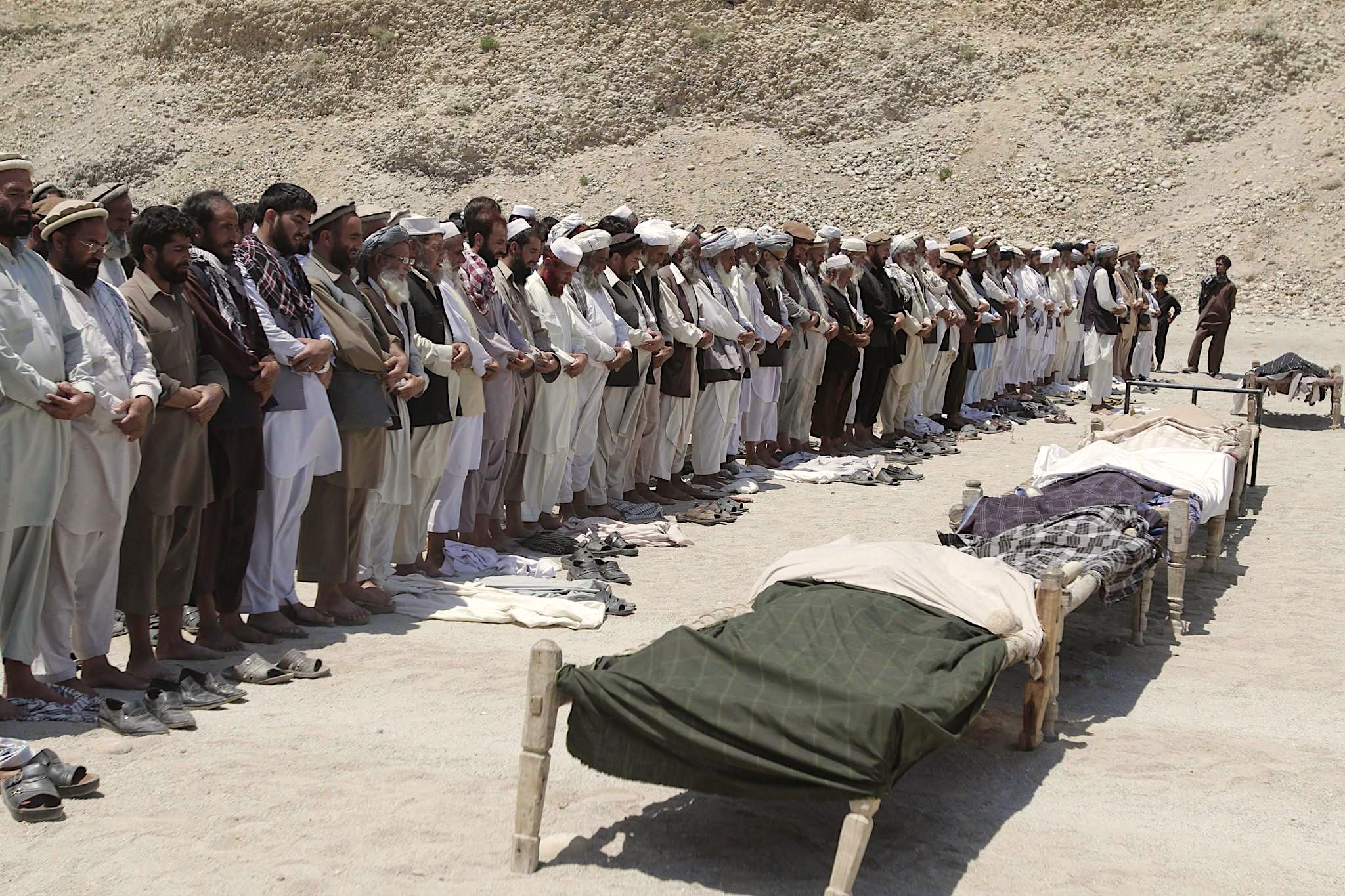 Moreover, U.S. policies have exacerbated corruption in Afghanistan. “A toxic mix of U.S. government policies, under the administrations of George W. Bush and Barack Obama, directly contributed to Afghanistan’s descent into one of the world’s most corrupt countries,” the Post reported.

The massive amount of money Congress appropriated was distributed “with little oversight or recordkeeping,” according to the Post. “The ensuing greed and corruption undermined the legitimacy of the nascent government and helped make the ground more fertile for the Taliban’s resurgence.”

For example, a forensic accountant analyzed 3,000 Defense Department contracts from 2010 to 2012, totaling $106 billion. Approximately 40 percent of that money went to line the pockets of corrupt Afghan officials, criminal syndicates or insurgents.

A senior U.S. official reported, “[W]e were the most corrupt here, so had no credibility on the corruption issue.” One government contractor said he distributed $3 million per day for projects in an Afghan district the size of a county in the United States.

On Jan. 8, more than 60 Afghan civilians and “dozens of militants” were reportedly killed in a U.S. drone attack in Herat Province. TOLO News, Afghanistan’s main 24/7 television news channel, cited local government officials and members of the Herat provincial council, who said “at least 60 civilians including women and children” were killed in the drone strikes.

Abdul Hakim told Stars & Stripes that U.S. bombers carried out a “double tap” in Herat, in which the drone or warplane bombs the people trying to rescue those hit by the first strike.

Two U.S. service members died on Jan. 11, when their vehicle collided with an improvised explosive device. In 2019, 23 service members were killed during operations, the highest number in five years. 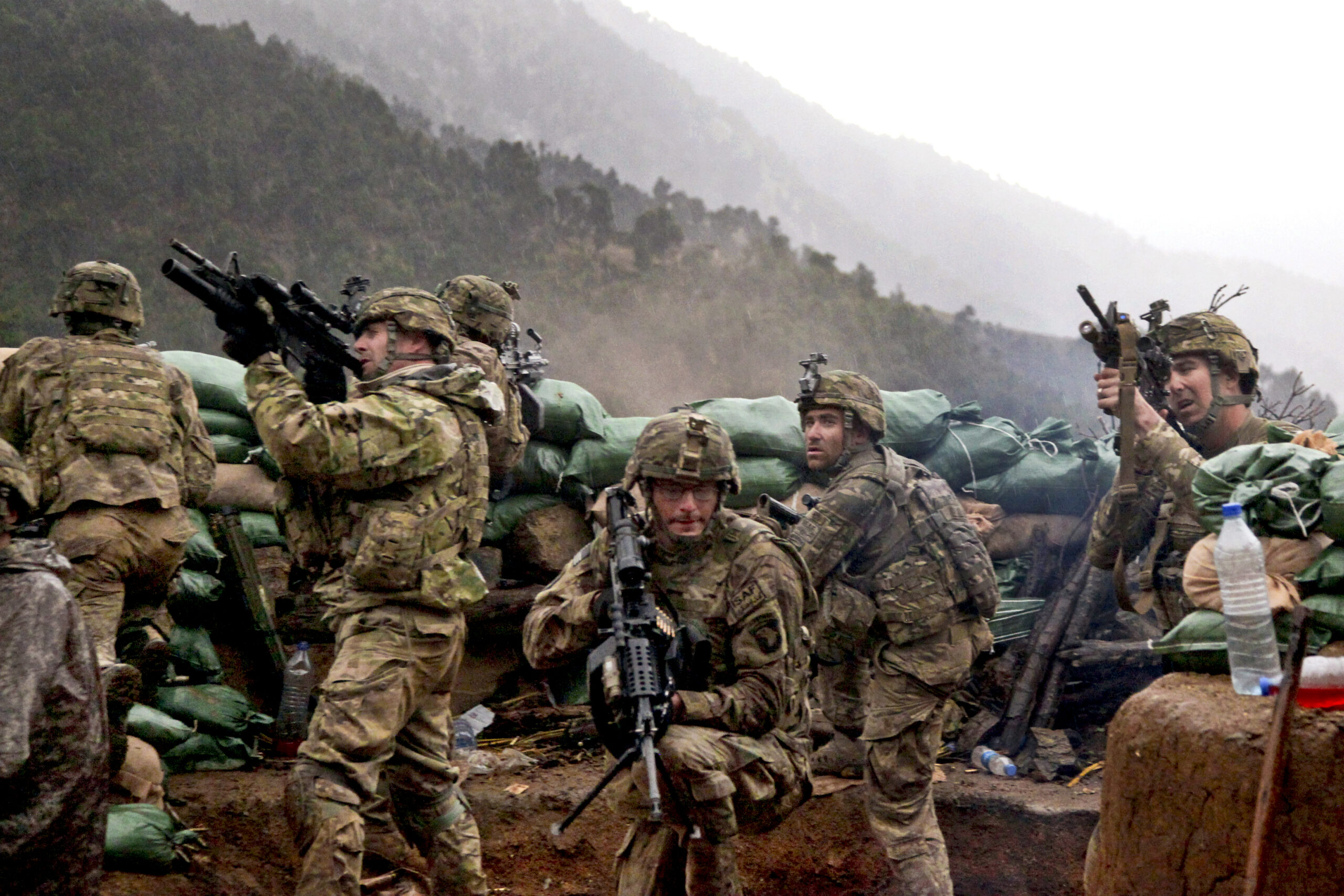 The U.S. government has been negotiating with the Taliban. On Jan. 16, the Taliban offered a brief period of reduction in the violence but it is not clear whether the U.S. has agreed. The two sides were on the brink of a peace agreement when Trump thwarted the negotiations in September 2019.

During the last Democratic debate, none of the candidates promised to pull all U.S. forces out of Afghanistan. Senator Elizabeth Warren said she wants to bring combat troops home. Senators Bernie Sanders and Joe Biden have also said they would withdraw combat troops. But, as Phyllis Bennis noted, “[C]ombat troops are not the ones who have been killing people probably since about 2011. The killing of civilians, in particular, is being carried out by Special Forces, by bombing, by drones.”

Both the progressive Veterans for Peace (VFP) and the conservative Concerned Veterans for America (CVA) support withdrawing all U.S. troops from Afghanistan. CVA has mounted a multimillion-dollar advertising operation, funded by the Koch family, in Michigan, Wisconsin and Pennsylvania. Trump’s unfulfilled 2016 campaign promise to end the United States’ “endless wars” was favorably received in those three swing states.

Veterans for Peace said in a statement, “The U.S. military has destroyed countless villages and continues to create an atmosphere of fear and hatred with covert drone operations that kill thousands of innocent people.” VFP called for immediate withdrawal of all U.S. troops, immediate release of all 300 names of those quoted in the Afghanistan Papers, a congressional tribunal at which Afghanistan veterans could testify, repeal of the 2001 Authorization for Use of Military Force and reparations to all Afghan families who have lost a family member.

A majority of U.S. veterans thinks the wars in Afghanistan and Iraq were not worth fighting, according to a recent Pew Research Center survey. This mirrors the sentiment of the public at large.

After 18 years, it is long past time to end this war. We must contact our congressional representatives and Democratic presidential candidates, cite The Afghanistan Papers, and demand total withdrawal of all U.S. forces — including intelligence and Special Forces — from Afghanistan. It will save lives and money.