Occupying forces are required to protect numerous buildings and sites, says Colonel Ann Wright. Medical facilities are also protected, but economic sanctions are harming and killing citizens by other means. 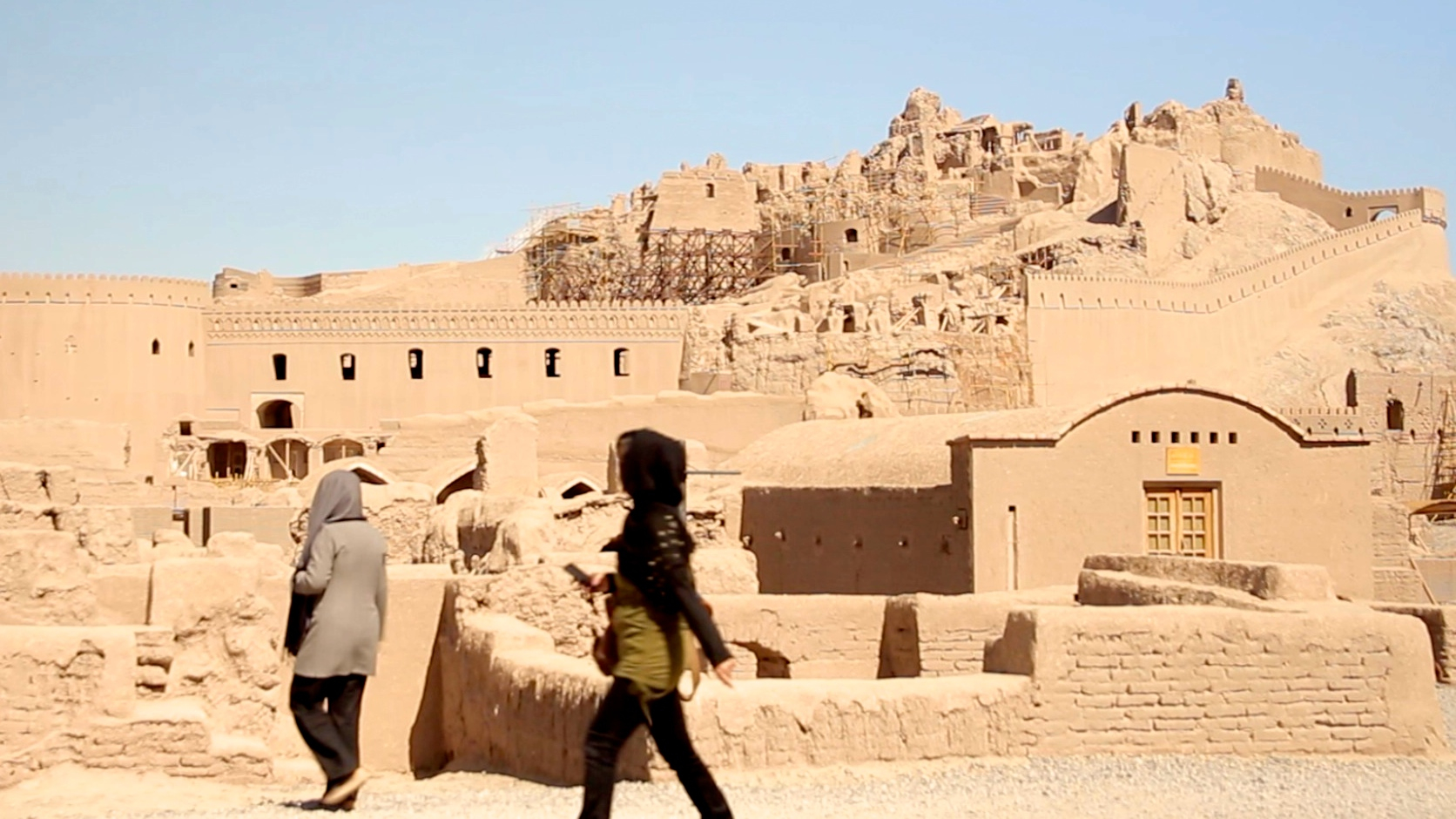 UNESCO World Heritage ancient city of Bam in Iran, in 2014, following reconstruction work that followed the earthquake of 2003. (OXLAEY.com via Flickr)

President Donald Trump’s comment about bombing 52 cultural sights of Iran if the Iranians retaliated against the U.S. assassination by killer drone of a top Iranian military officer was walked back the Secretary of Defense Mark Esper. “The U.S. will comply with the Law of Armed conflict” which forbids the destruction of cultural sites, Esper said.

General Qassem Soleimani was killed while reportedly on a diplomatic mission to Iraq to discuss talks with Saudi Arabia.

Two of Trump’s senior advisers, Esper and Secretary of State Mike Pompeo, are West Point colleagues. Pompeo graduating first in their class. They know very well from their cadet days that bombing cultural, religious and medical locations is a war crime. Esper spent 21 years in the U.S. Army and National Guard.  Pompeo spent the minimum military obligation of five years after the free four years at West Point.

Both Esper and Pompeo were taught at West Point that the law of land warfare and the Geneva Conventions (as codified for them in Army Regulation 27-10, the Law of Land Warfare, also called the Law of Armed Conflict) specifically forbid the destruction of these types of buildings and sites.  The unit positions of leadership each of the West Point graduates had in the military required them to train their troops in the Law of Land Warfare.

Esper was a Ranger and Pathfinder serving in the 101st Airborne Division, in the 1990-91 Gulf War with the “Screaming Eagles,” and commanded a Rifle Company in the 3-325 Airborne Battalion Combat Team in Vicenza, Italy.

Following his graduation from West Point in 1986, Pompeo served as an armor officer in West Germany along the border with East Germany from 1986-1991 with the 7th Cavalry in the 4th Infantry Division. He also was a tank platoon leader before becoming the cavalry troop executive officer and then a squadron maintenance officer. He left the U.S. Army as a captain. He did not serve in the tank-heavy Gulf War 1, although it was posited by fellow members of Congress that he did. 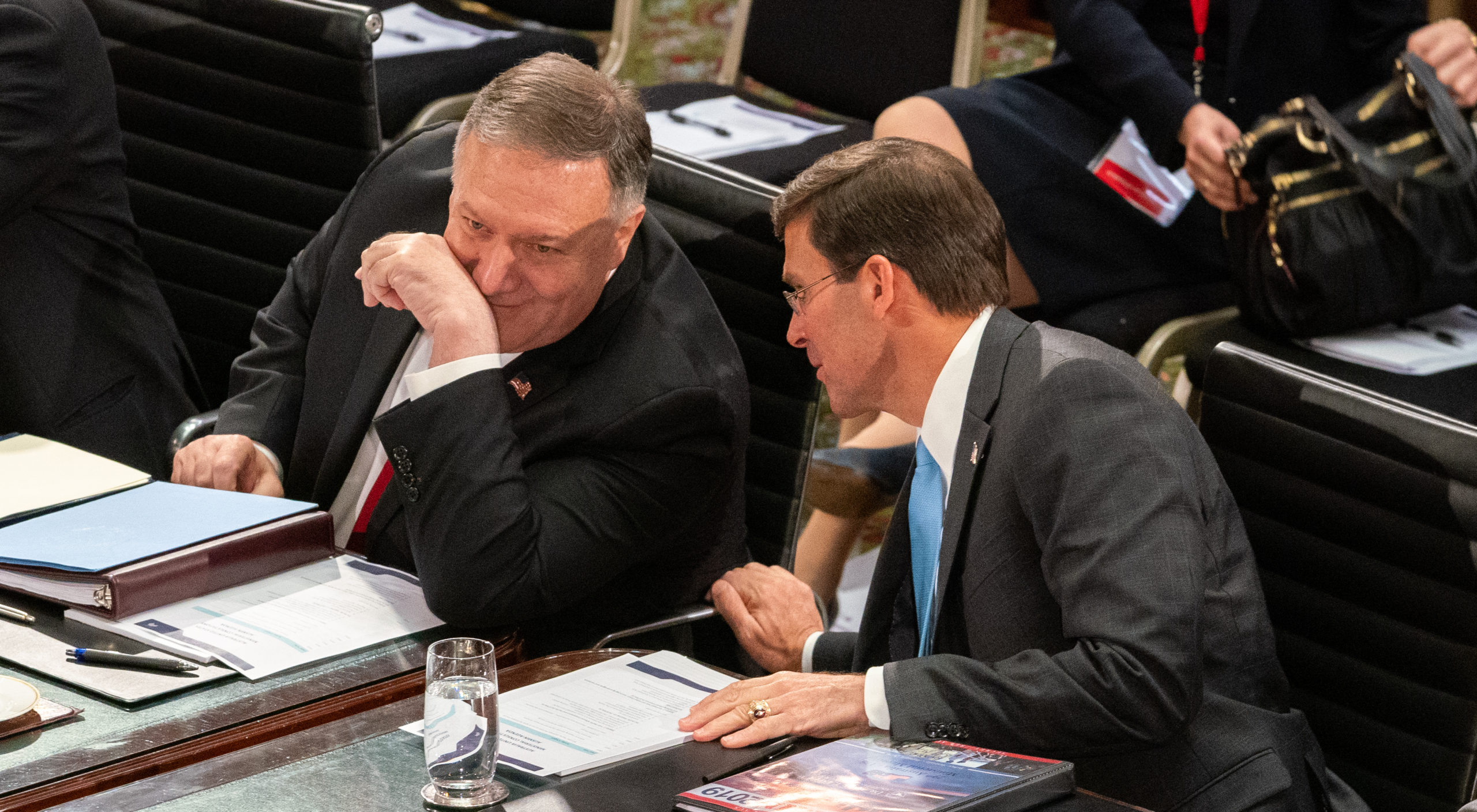 From 1982-1984, I taught the Law of Land Warfare at the JFK Special Warfare Center’s School of International Studies at Fort Bragg, North Carolina.  From 1985-87 I was the executive officer of the 96th Civil Affairs Battalion, a part of the U.S. Army’s Special Operations Command.  Other members of this battalion and I were charged with writing the Civil-Military Operations annex to contingency plans that Special Operations Command units and the 18th Airborne Corps were involved in.  One of those plans was a contingency plan for Iran.

Reviewing history reveals the basis for the contingency plan. In January 1979 the Iran Revolution overthrew the Shah of Iran whom the U.S. installed after the CIA orchestrated coup in 1953 that ousted the elected Prime Minister Mossadegh.  Ten months later, in December 1979, the Soviet Union invaded Iran’s neighbor, Afghanistan. Nine months later and 18 months after the Iranian Revolution, in September 1980, Saddam Hussein and the Iraqi military took advantage of the new revolution next door and began a war on Iran.

For President Jimmy Carter’s administration, 1979 and 1980s were momentous years.  Not only had there been a revolution in Iran with 52 U.S. diplomats taken hostage for 444 days, a Soviet invasion of Afghanistan, but in the Western Hemisphere, in March 1979 the People’s Revolution in Grenada overthrew the repressive Grenadian President Sir Eric Gairy and in July 1979 the Sandinista Revolution in Nicaragua  overthrew the U.S. supported 30-year dictator Anastasio Somoza.

After defeating Carter in the November 1980 U.S. presidential election, Ronald Reagan came into power in January 1981 and ordered planning to begin for a confrontation with the Soviets over their invasion of Afghanistan. This included providing Stinger missiles to the Afghan resistance and to support the Iraqi military’s attack on revolutionary Iran, including furnishing chemical and biological agents to Iraq and giving a green light to Saddam to use nerve gas and chemical weapons on Iran. 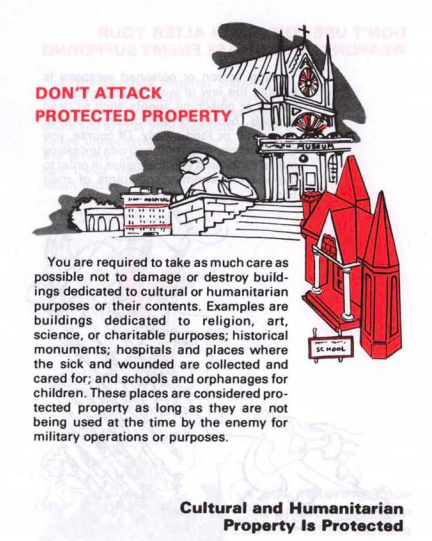 Our job for the Civil-Military annex to the contingency plans for Iran was to identify Iranian cultural locations and structures that should be protected by international law by occupying forces as required by the Laws of Armed Conflict. While I don’t remember all of the locations, I know we went city-by-city on a map of Iran and checked encyclopedias and tourist books to find cultural, religious and medical structures and well-known historic sites.

At the time in the 1980s when we were putting together the annex, only three sites in Iran, Persepolis, Meidan Emam (Royal Square) in Esfahan and 1250 BC walls in Tchoghar Zanbil, were identified as UNESCO World Heritage Sites. We definitely put them on the protect list. 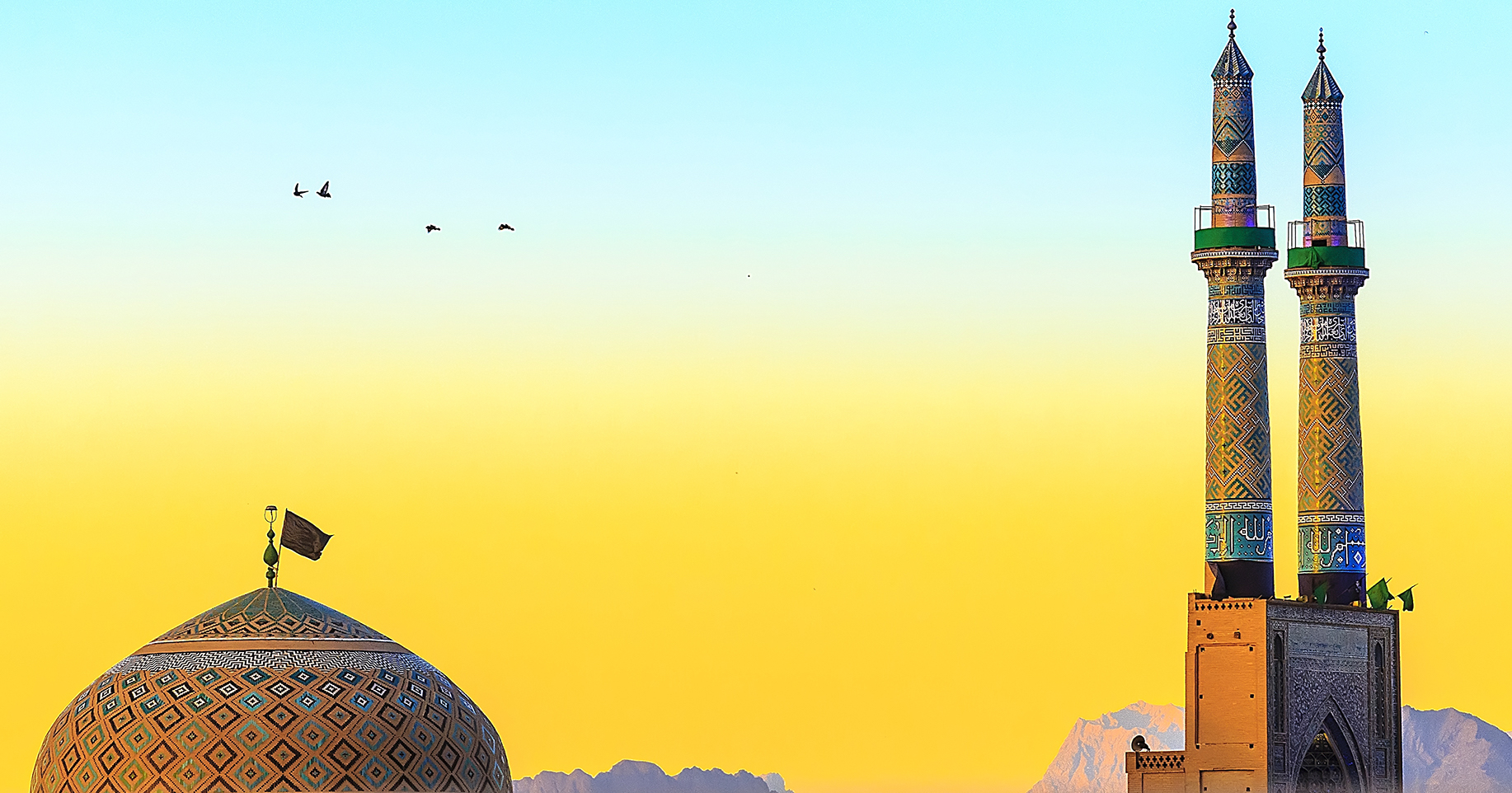 The 24 sites in Iran that must be protected from destruction and the dates they were declared World Heritage sites are:

Additionally, current-day military planners must consider many other cultural sites for protection in the major cities of the 81-million-citizen country Iran.

In contrast, the United States with 320 million residents has 10 cities with over 1 million population. New York City, the largest city in the U.S. with 8.6 million inhabitants, is smaller than Tehran. 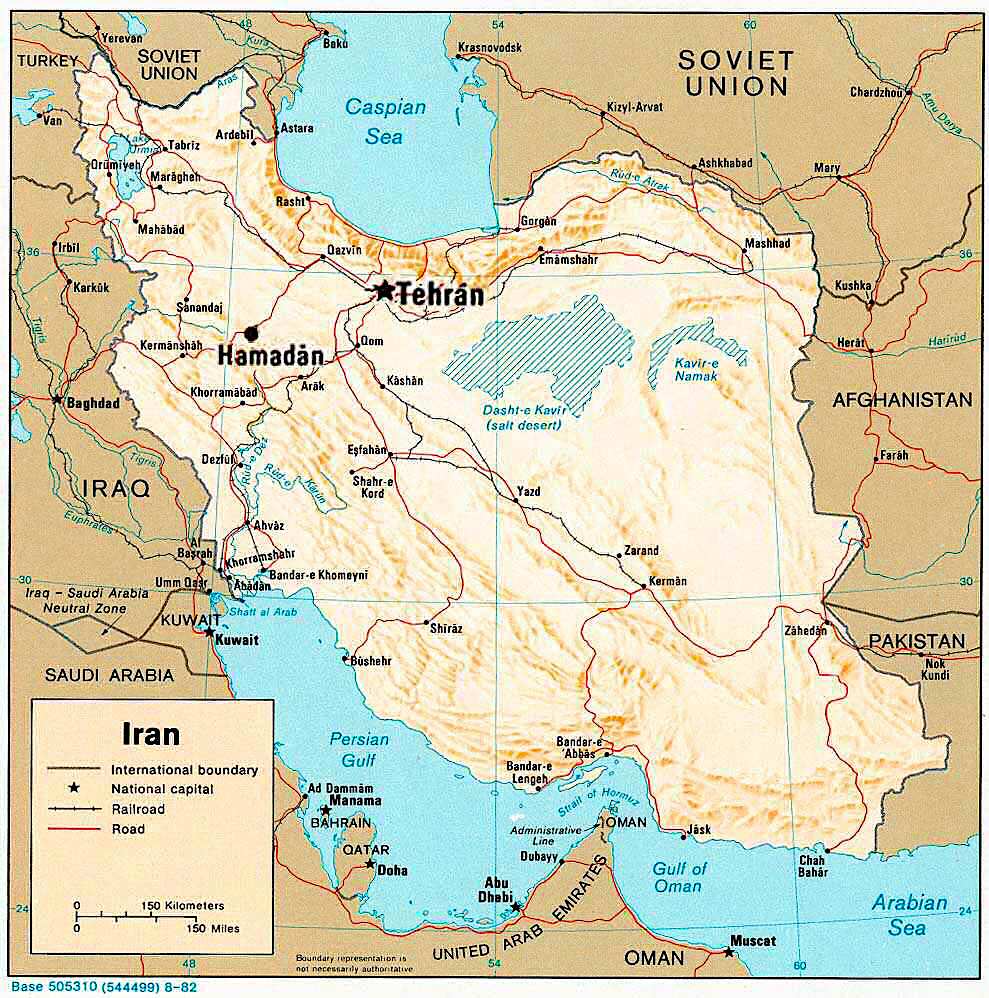 There are large medical facilities in each major city in Iran, destruction of which is prohibited by international law. However, another type of medical destruction appears to be authorized by the international community.

The U.S. and other UN-member countries have placed severe sanctions on Iran, which includes freezing financial assets that are used to purchase medical supplies and equipment. This is killing people in Iran.  During a February 2019 citizens’ trip to Iran, we spoke with several persons who, because of the sanctions, cannot receive treatment for certain kinds of tumors because either medicines or spare parts for medical equipment cannot be purchased on the international market due to these brutal sanctions.

Colonel Ann Wright served 29 years in the U.S. Army/Army Reserves and retired as a colonel.   She was a U.S. diplomat for 16 years and served in U.S. Embassies in Nicaragua, Grenada, Somalia, Uzbekistan, Kyrgyzstan, Micronesia, Afghanistan and Mongolia.  She resigned from the U.S. government in March 2003 in opposition to President George W. Bush’s war on Iraq. She is co-author of “Dissent: Voices of Conscience.”