With the U.S. presidential cycle gearing up, Elizabeth Vos takes stock of lessons from 2016.

Establishment Democrats and those who amplify them continue to project blame for the public’s doubt in the U.S. election process onto outside influence, despite the clear history of the party’s subversion of election integrity. The total inability of the Democratic Party establishment’s willingness to address even one of these critical failures does not give reason to hope that the nomination process in 2020 will be any less pre-ordained.

The Democratic Party’s bias against Sen. Bernie Sanders during the 2016 presidential nomination, followed by the DNC defense counsel doubling down on its right to rig the race during the fraud lawsuit brought against the DNC, as well as the irregularities in the races between former DNC Chairwoman Debbie Wasserman Schultz and Tim Canova, indicate a fatal breakdown of the U.S. democratic process spearheaded by the Democratic Party establishment. Influences transcending the DNC add to concerns regarding the integrity of the democratic process that have nothing to do with Russia, but which will also likely impact outcomes in 2020.

The content of the DNC and Podesta emails published by WikiLeaks demonstrated that the DNC acted in favor of Hillary Clinton in the lead up to the 2016 Democratic primary. The emails also revealed corporate media reporters acting as surrogates of the DNC and its pro-Clinton agenda, going so far as to promote Donald Trump during the GOP primary process as a preferred “pied-piper candidate.” One cannot assume that similar evidence will be presented to the public in 2020, making it more important than ever to take stock of the unique lessons handed down to us by the 2016 race.

Election meddling via social media did take place in 2016, though in a different guise and for a different cause from that which are best remembered. Twitter would eventually admit to actively suppressing hashtags referencing the DNC and Podesta emails in the run-up to the 2016 presidential election. Additional reports indicated that tech giant Google also showed measurable “pro-Hillary Clinton bias” in search results during 2016, resulting in the alleged swaying of between 2 and 10 millions voters in favor of Clinton.

On the Republican side, a recent episode of CNLive! featured discussion of the Cambridge Analytica scandal, in which undecided voters were micro-targeted with tailored advertising narrowed with the combined use of big data and artificial intelligence known collectively as “dark strategy.” CNLive! Executive Producer Cathy Vogan noted that SCL, Cambridge Analytica’s parent company, provides data, analytics and strategy to governments and military organizations “worldwide,” specializing in behavior modification. Though Cambridge Analytica shut down in 2018, related companies remain.

The Clinton camp was hardly absent from social media during the 2016 race. The barely-legal activities of Clintonite David Brock were previously reported by this author to have included $2 million in funding for the creation of an online “troll army” under the name Shareblue. The LA Times described the project as meant to “to appear to be coming organically from people and their social media networks in a groundswell of activism, when in fact it is highly paid and highly tactical.” In other words, the effort attempted to create a false sense of consensus in support for the Clinton campaign.

In terms of interference in the actual election process, the New York City Board of Elections was shown to have purged over one hundred thousand Democratic voters in Brooklyn from the rolls before the 2016 primary, a move that the Department of Justice found broke federal law. Despite this, no prosecution for the breach was ever attempted.

Though the purge was not explicitly found to have benefitted Clinton, the admission falls in line with allegations across the country that the Democratic primary was interfered with to the benefit of the former secretary of state. These claims were further bolstered by reports indicating that voting results from the 2016 Democratic primary showed evidence of fraud. 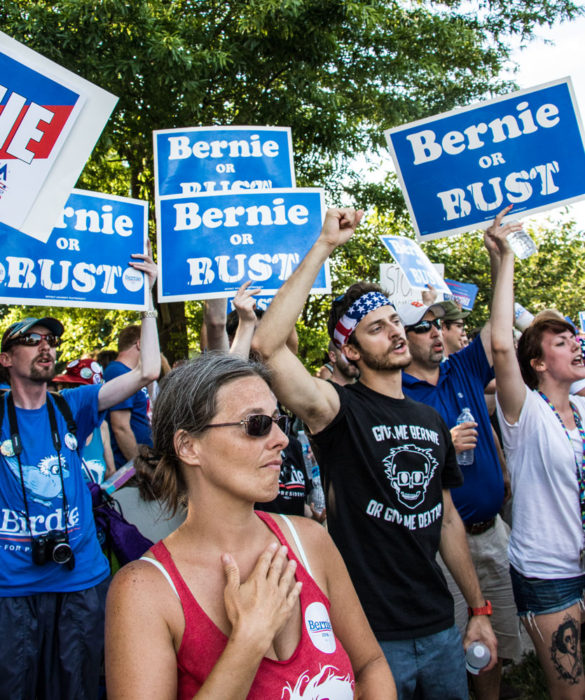 The proceedings of the DNC fraud lawsuit provide the most damning evidence of the failure of the U.S. election process, especially within the Democratic Party. DNC defense lawyers argued in open court for the party’s right to appoint candidates at its own discretion, while simultaneously denying any “fiduciary duty” to represent the voters who donated to the Democratic Party under the impression that the DNC would act impartially towards the candidates involved.

In 2017, the Observer reported that the DNC’s defense counsel argued against claims that the party defrauded Sanders’ supporters by favoring Clinton, reasoning that Sanders’ supporters knew the process was rigged. Again: instead of arguing that the primary was neutral and unbiased in accordance with its charter, the DNC’s lawyers argued that it was the party’s right to select candidates.

The Observer noted the sentiments of Jared Beck, the attorney representing the plaintiffs of the lawsuit:

…“People paid money in reliance on the understanding that the primary elections for the Democratic nominee —nominating process in 2016 were fair and impartial, and that’s not just a bedrock assumption that we would assume just by virtue of the fact that we live in a democracy, and we assume that our elections are run in a fair and impartial manner. But that’s what the Democratic National Committee’s own charter says. It says it in black and white.”

The DNC defense counsel’s argument throughout the course of the DNC fraud lawsuit doubled down repeatedly in defense of the party’s right to favor one candidate over another, at one point actually claiming that such favoritism was protected by the First Amendment. The DNC’s lawyers wrote:

“To recognize any of the causes of action that Plaintiffs allege would run directly contrary to long-standing Supreme Court precedent recognizing the central and critical First Amendment rights enjoyed by political parties, especially when it comes to selecting the party’s nominee for public office.” [Emphasis added]

The DNC’s shameless defense of its own rigging disemboweled the most fundamental organs of the U.S. body politic.  This no indication that the DNC will not resort to the same tactics in the 2020 primary race, 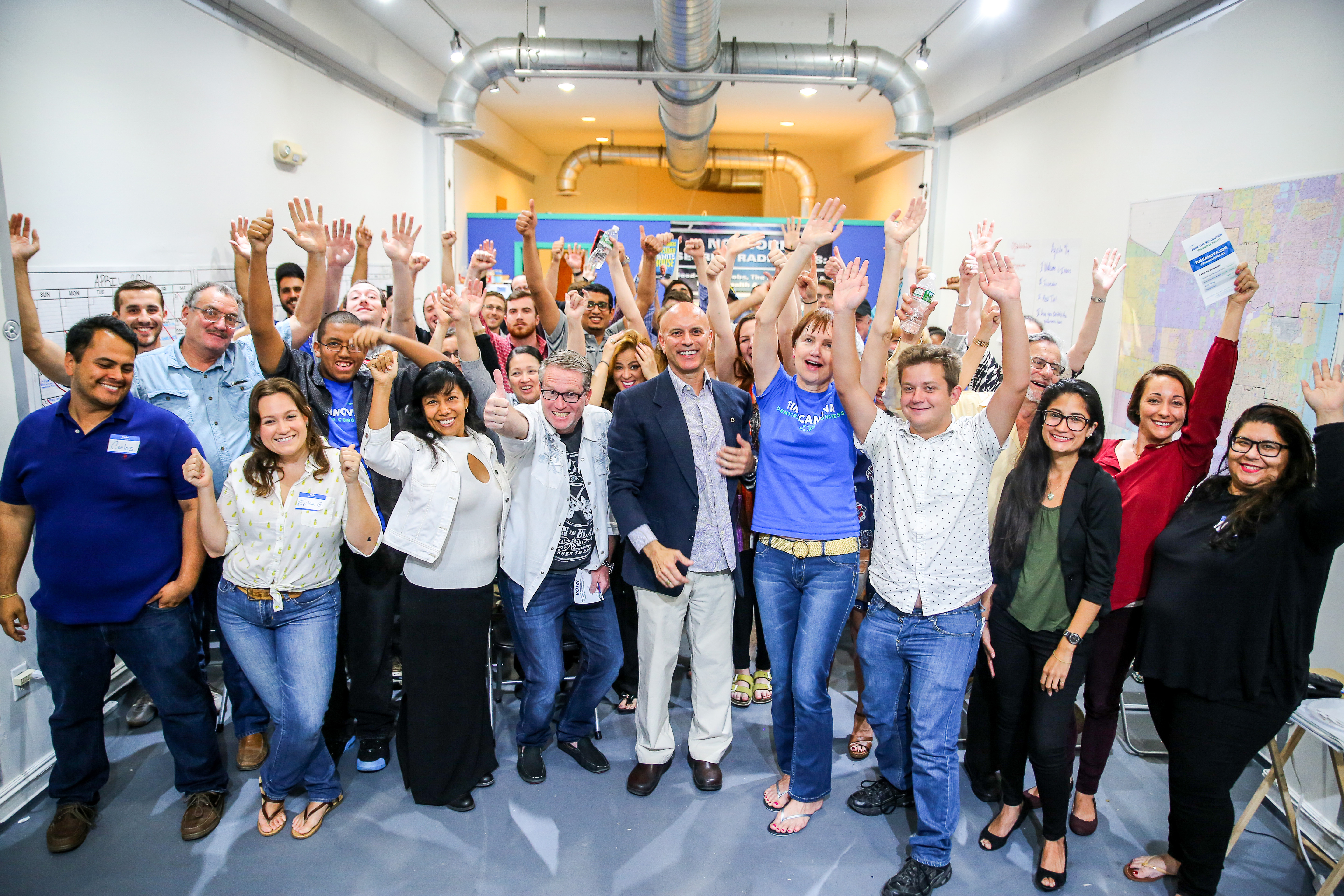 If Debbie Wasserman Schultz’s role as disgraced chairwoman of the DNC and her forced 2016 resignation wasn’t enough, serious interference was also alleged in the wake of two contests between Wasserman Schultz and professor Tim Canova in Florida’s 23rd congressional district. Canova and Wasserman Schultz first faced off in a 2016 Democratic primary race, followed by a 2018 general congressional election in which Canova ran as an independent.

Debacles followed both contests, including improper vote counts, illegal ballot destruction, improper transportation of ballots, and generally shameless displays of cronyism. After the controversial results of the initial primary race against Wasserman Schultz, Canova sought to have ballots checked for irregularities, as the Sun-Sentinel reported at the time:

“[Canova] sought to look at the paper ballots in March 2017 and took Elections Supervisor Brenda Snipes to court three months later when her office hadn’t fulfilled his request. Snipes approved the destruction of the ballots in September, signing a certification that said no court cases involving the ballots were pending.”

Ultimately, Canova was granted a summary judgment against Snipes, finding that she had committed what amounted to multiple felonies. Nonetheless, Snipes was not prosecuted and remained elections supervisor through to the 2018 midterms.

Republicans appear no more motivated to protect voting integrity than the Democrats, with The Nation reporting that the GOP-controlled Senate blocked a bill this week that would have “mandated paper-ballot backups in case of election machine malfunctions.”

A 2014 study published by Princeton University found that corporate power had usurped the voting rights of the public: “Economic elites and organized groups representing business interests have substantial independent impacts on U.S. government policy, while average citizens and mass-based interest groups have little or no independent influence.”

In reviewing this sordid history, we see that the Democratic Party establishment has done everything in its power to disrespect voters and outright overrule them in the democratic primary process, defending their right to do so in the DNC fraud lawsuit. We’ve noted that interests transcending the DNC also represent escalating threats to election integrity as demonstrated in 2016.

Despite this, establishment Democrats and those who echo their views in the legacy press continue to deflect from their own wrongdoing and real threats to the election process by suggesting that mere discussion of it represents a campaign by Russia to attempt to malign the perceptionof the legitimacy of the U.S. democratic process.

Hillary Clinton’s recent comments to the effect that Congresswoman Tulsi Gabbard is being “groomed” by Russia, and that the former Green Party Presidential candidate Dr. Jill Stein is a “Russian asset”, were soon echoed by DNC-friendly pundits. These sentiments externalize what Gabbard called the “rot” in the Democratic party outward onto domestic critics and a nation across the planet.

Newsweek provided a particularly glaring example of this phenomenon in a recent op-ed penned by columnist Naveed Jamali, a former FBI double agent whose book capitalizes on Russiagate. In an op-ed titled: “Hillary Clinton Is Right. Tulsi Gabbard Is A Perfect Russian Asset – And Would Be A Perfect Republican Agent,” Jamali argued:

“Moscow will use its skillful propaganda machine to prop up Gabbard and use her as a tool to delegitimize the democratic process.” [Emphasis added]

Jamali surmises that Russia intends to “attack” our democracy by undermining the domestic perception of its legitimacy. This thesis is repeated later in the piece when Jamali opines: “They want to see a retreat of American influence. What better way to accomplish that than to attack our democracy by casting doubt on the legitimacy of our elections.” [Emphasis added]

The only thing worth protecting, according to Jamali and those who amplify his work (including former Clinton aide and establishment Democrat Neera Tanden), is the perception of the democratic process, not the actual functioning vitality of it. Such deflective tactics ensure that Russia will continue to be used as a convenient international pretext for silencing domestic dissent as we move into 2020.

Given all this, how can one expect the outcome of a 2020 Democratic Primary — or even the general election – to be any fairer or transparent than 2016?

Elizabeth Vos is a freelance reporter, co-host of CN Live! and regular contributor to Consortium News.

90 comments for “It’s the DNC, Stupid: Democratic Party, Not Russia, Has Delegitimized the Democratic Process”