The populist League party may be joining the ranks of other entities and individuals who have been discredited for not aligning with NATO’s anti-Russian posture, writes Andrew Spannaus.

A meeting with Russians, allegations of corruption, and a call for a leading politician to resign.  Russiagate has come to Italy.

A representative of the League — the right-wing anti-establishment party now part of the country’s governing coalition — is alleged to have floated a scheme for his party to receive 65 million euros ($73 million) in illegal financing, skimmed off the top of oil sales from Russia.

Gianluca Savoini, a long-time League member, was recorded during a conversation in the public lounge of Moscow’s Metropol Hotel on Oct. 18, 2018, talking to three still-unidentified Russians about how to channel money to his political party.

Prosecutors in Milan have opened an investigation, while Deputy Prime Minister and League leader Matteo Salvini has denied any knowledge of the alleged plot.

The recording of Savoini’s conversation in Moscow was published by Buzzfeed in early July. The League and other nationalist parties in Europe, have long been subject to U.S. intelligence suspicions of getting help from Russia and Buzzfeed reporter Alberto Nardelli presents the Metropol recording as the “first hard evidence” of this. He writes that the conversation confirms suspicions that have been present for years of “Russia’s clandestine attempts to fund Europe’s nationalist movements.” (Nardelli admits that an earlier Austrian case involving a nationalist politician was “a sting,” but says the Savoini meeting “bears all the hallmarks of a real negotiation.”) 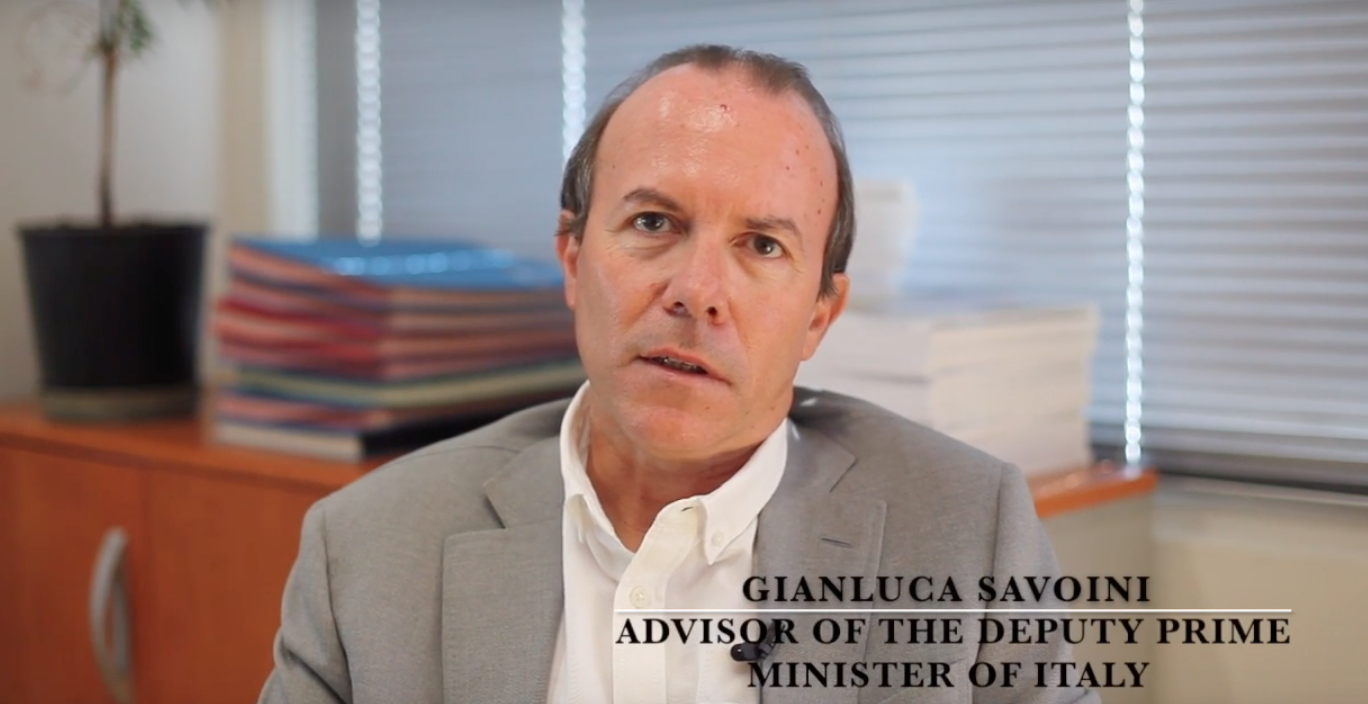 Nardelli assumes the Russian government was behind the operation — although no proof has been presented of this — and writes that “the real goal was to undermine liberal democracies and shape a new, nationalist Europe aligned with Moscow.” Nardelli presents Salvini, whom the unidentified Russians at the meeting call the “European Trump,” as under Putin’s thumb, representing a key asset for the Russian leader because of Salvini’s recent electoral victory.

A weakness in the allegation of illicit financing, however, is that the scheme allegedly discussed would have involved sales from a Russian company (Rosneft or Lukoil) to the Italian state oil company ENI, to be processed through the Russian branch of the Italy’s largest bank, Intesa Sanpaolo and both Italian companies strongly deny any knowledge of the proposed scheme. Given their importance to the country’s economy and institutions, they represent interests that go far beyond the League’s control.

Fallout for the League

The investigation is proceeding rapidly, both in the courts and in the press, and is likely to focus on the close ties developed between League operators and Russian political and economic actors. Italian investigators are seeking anything that looks suspicious, even if plans weren’t implemented.

The allegations have caused considerable political fallout in Italy, putting Salvini – a firebrand who has become Italy’s most polarizing politician — on the defensive. The opposition Democratic Party (Pd) has called for his resignation. More importantly, the League’s coalition partner, the Five-Star Movement (M5S) — which took a drubbing in the May 26 European elections, while the League doubled its vote total and became the top party in Italy — now seems intent on exploiting Salvini’s moment of weakness to regain momentum.

The two parties have not reached a full-blown crisis. But the League appears to be getting backed into a corner and the risks of a fall are raised for Europe’s only populist government that has fully supplanted traditional ruling parties, based on its sharp criticism of EU policies on limiting social spending and public investment.

Such a result would be welcomed by the Western liberal establishment in general, but could open the door for an even more aggressive form of populism in the future. Early indications are that even the latest scandal has not cut into the League’s support, which continues to grow in the polls.

Other Cases Brought to Mind

The case follows that of former Austrian Vice-Chancellor Heinz-Christian Strache, who also challenged the mainstream view of Russia as an imminent threat to the West.

In 2017, before his right-wing party entered the government, Strache was filmed, while drinking heavily, promising public contracts to a woman claiming to be the niece of a Russian oligarch in exchange for funding for his party. As Spiegel online, one of the German press outlets that published the video, reported: “The meeting was a trap.” The woman was not who she said she was, and the video ended up being used to bring about the fall of the Austrian government. Strache claims he was set up by a foreign intelligence service. 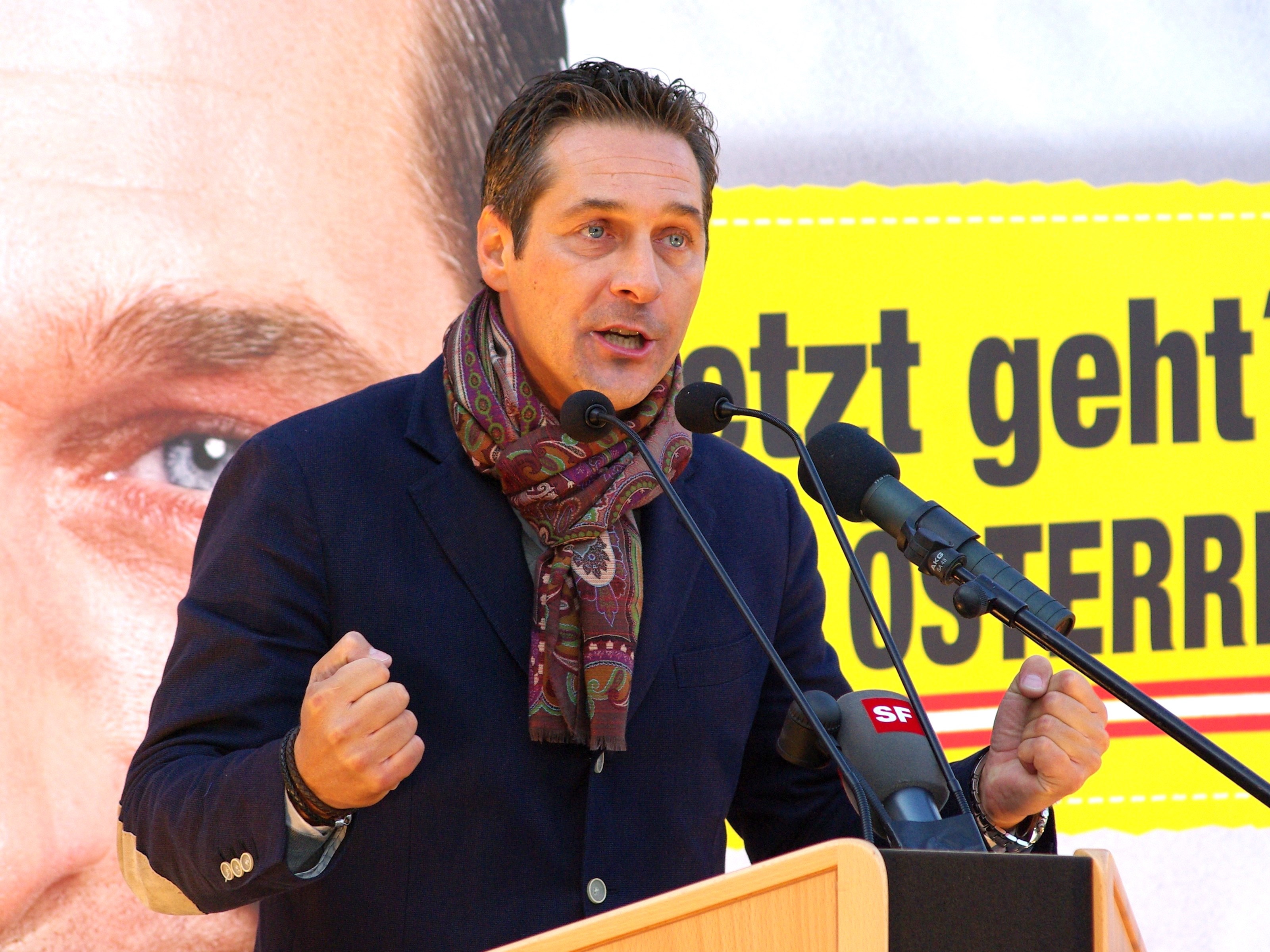 The film was published in May with the desired effect: Strache was forced to resign, putting pressure on rightwing political parties that have been critical of the EU’s decision to maintain sanctions on Russia, such as the League, the National Rally in France and Alternative for Germany.

Of course the prime example of discrediting by association with Moscow is Russiagate.

As former CIA analyst Larry C. Johnson has documented in detail, the numerous contacts between people around President Donald Trump and intermediaries offering damaging information on former Secretary of State Hillary Clinton, or contacts for political or business operations in Russia, were initiated and promoted not by Trump’s side, but by individuals who in many cases have worked for the FBI, the CIA, or the British intelligence service MI-6.

Read in light of that precedent, Buzzfeed’s coverage of Savoini’s conversation in Moscow gives grounds for skepticism.

Buzzfeed has been listed as a media target for reports and studies by  the “Integrity Initiative,” a British government-funded network of spies, journalists and think-tanks in the United Kingdom that has targeted politicians and other public figures who are alleged to be too pro-Russian.

Section of Integrity Initiative “handbook” published by the Anonymous hactivist group in November 2018 about the group’s media strategy where Buzzfeed is named.

At the end of 2018, British Member of Parliament Chris Williamson responded to revelations about the Integrity Initiative’s media-influence activities by demanding answers about government funding for the group’s targeting of Labour Party Leader Jeremy Corbyn, another politician who often goes against the neoconservative and neoliberal mainstream, this time on the left.

Through their 'Integrity Initiative' project, the Institute for Statecraft ? a state-funded charity ? conducted a number of shady activities, like smearing Jeremy Corbyn.

This requires a public inquiry. Watch what happened when I visited their London office earlier this year. pic.twitter.com/42LOIhFcDO

Buzzfeed also has a blemished history with other Russian-meddling allegations. In January, Buzzfeed reporters Jason Leopold and Anthony Cormier authored the bombshell article, “President Trump Directed His Attorney Michael Cohen To Lie To Congress About The Moscow Tower Project.” Former Special Counsel Robert Mueller’s spokesman promptly called the report “not accurate,” but not before it had been picked up by many large media outlets.

The Italian Russiagate comes at a delicate time. The League has long stated its intention to fight for the removal of sanctions against Russia over Ukraine, and in the past has even called for recognizing the 2014 referendum by which Crimea joined Russia, a move considered unacceptable by NATO countries.

From my own contacts in Italy, I know that these positions have, in recent years, worried U.S. diplomats who saw that Salvini’s party was on the rise and were wary of his pro-Russia stance. In response, they did their best to cultivate a relationship with League leaders, with the aim of cooling the party’s attitude towards Moscow in the event it made its way into government, as happened. 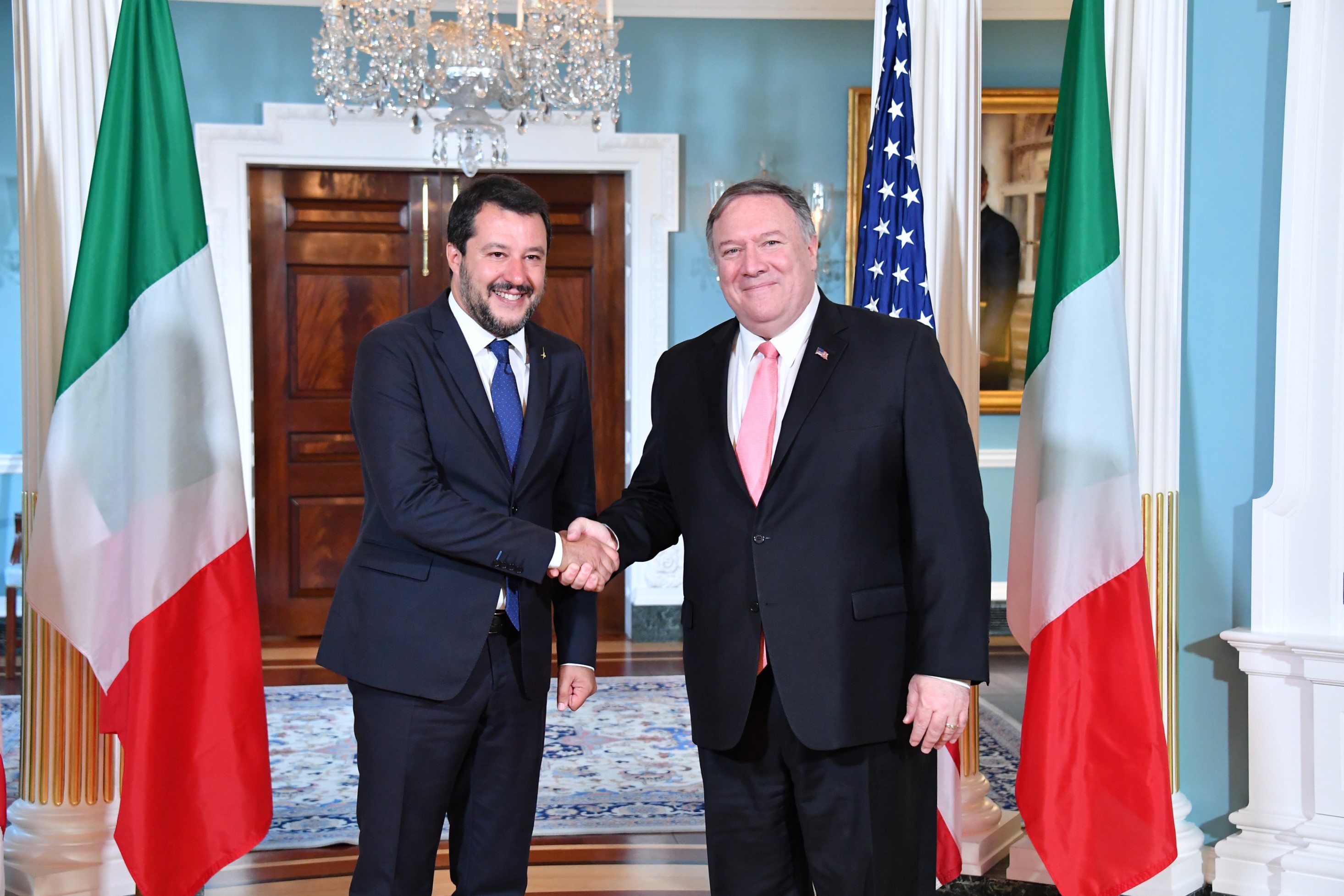 The strategy seems to have worked, for the most part: now that the League is one of the two parties governing the country, it has stopped talking about Crimea, and has not blocked continued EU sanctions on Russia. In June, the European Council, which includes the Italian prime minister, extended the sanctions for another year.

The League has also taken public steps to reassure the United States of its loyalty to the Atlantic Alliance, after concerns were raised about Italy’s position when it became the first G-7 country to formally join the Chinese-led Belt and Road Initiative in March. After that, Salvini and Chief of Staff Giancarlo Giorgetti moved quickly to dampen fears in Washington about Italy distancing itself from Washington.

On the other hand, a state visit to Italy by Russian President Vladimir Putin at the beginning of July showed that Italian institutions are still eager to maintain good relations with Russia.

The Italians hope to leverage Trump’s desire for a shift towards Russia, while still swearing their allegiance to whatever other line comes out of Washington.

After Salvini’s June 17 meeting with Pompeo and Vice President Mike Pence in Washington, the Italian press reported that the Americans want to see more in terms of alignment not only on Russia, but also on Venezuela, Iran, and China.

Paolo Mastrolilli of the daily La Stampa wrote (in Italian) that Pompeo played the hard cop in the meetings, and intends to wait to see if Salvini will keep his promises to stay in line with the State Department before further advancing relations. Mastrolilli also reported that Pompeo is worried by reports that the League may have received help from the Kremlin.

26 comments for “Russiagate Comes to Italy”