Exclusive: Behind the U.S. media-political clamor for a new Cold War with Russia is a massive investment by the Military-Industrial Complex in “think tanks” and other propaganda outlets, writes Jonathan Marshall.

The U.S. military has won only a single major war since the end of World War II (the Gulf War of 1990-91). But U.S. military contractors continue to win major budget wars in Congress nearly every year, proving that no force on earth can resist their lobbying prowess and political clout.

Consider the steady march to victory of the biggest single weapons program in history — the planned purchase of advanced Lockheed-Martin F-35 jets by the Air Force, Navy, and Marines at a total projected cost of more than $1 trillion.

The Air Force and Marines have both declared the Joint Strike Fighter ready for combat, and Congress is now forking over billions of dollars a year to acquire what is slated to become a fleet of 2,400 jets.

In an Aug, 9 memo obtained by Bloomberg News, Gilmore warned senior Pentagon officials that the F-35 program “is actually not on a path toward success but instead on a path toward failing to deliver” the aircraft’s promised capabilities. He said the program “is running out of time and money to complete the planned flight testing and implement the required fixes and modifications.”

The military testing czar reported that complex software problems and testing deficiencies “continue to be discovered at a substantial rate.” As a result, the planes may fail to track moving targets on the ground, warn pilots when enemy radar systems spot them, or make use of a newly designed bomb. Even the F-35’s gun may not function properly.

The internal Pentagon assessment was just the latest in a long list of devastating critical assessments and development setbacks for the plane. They include repeated groundings of the plane due to fires and other safety issues; the discovery of dangerous engine instability; and helmets that can cause fatal whiplash. The plane even got soundly beaten in a mock engagement with a much older (and cheaper) F-16.

Last year, an article in the conservative National Review argued that “the biggest threat the U.S. military faces over the next few decades is not the carrier-killing Chinese anti-ship ballistic missile, or the proliferation of inexpensive quiet diesel-electric attack subs, or even Chinese and Russian anti-satellite programs. The biggest threat comes from the F-35 . . . For this trillion-dollar-plus investment we get a plane far slower than a 1970s F-14 Tomcat, a plane with less than half the range of a 40-year-old A-6 Intruder . . . and a plane that had its head handed to it by an F-16 during a recent dogfight competition.”

Likening the F-35 to a previous failed fighter jet program, retired Air Force Colonel Dan Ward observed last year, “Perhaps the truly best scenario for the Joint Strike Fighter is for it to follow in the footsteps of the F-22 and provide a combat capability that is irrelevant to actual military needs. That way, when the whole fleet gets grounded because of an unsolvable flaw, the impact on our defense posture would be nil.”

Coming to the program’s defense most recently was military analyst Dan Goure, in the blog of the respected magazine, The National Interest. Goure belittled critics in the Pentagon’s Operational Test and Evaluation Office as “green eyeshade people, like the goblins at Gringott’s in the Harry Potter series.” 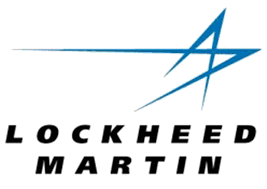 Describing the F-35 as “a revolutionary platform,” he declared, “Its ability to operate undetected in hostile airspace, gathering information and even targeting data on enemy air and ground targets, before launching surprise attacks demonstrates a decisive advantage over existing threat systems. . . . The Joint Strike Fighter test program is making progress at an accelerated rate. More to the point, even before it has completed the rigid performance template laid out by DOT&E, the F-35 has demonstrated capabilities that far exceed any current Western fighter.”

If that reads a bit like a Lockheed-Martin marketing brochure, consider the source. In his article, Goure identified himself only as a vice president of the Lexington Institute, which bills itself as “a nonprofit public-policy research organization headquartered in Arlington, Virginia.”

What Goure didn’t say — and the Lexington Institute doesn’t generally disclose — is that “it receives contributions from defense giants Lockheed Martin, Boeing, Northrop Grumman and others, which pay Lexington to ‘comment on defense,’” according to a 2010 profile in Politico.

Goure’s indirect association with Lockheed gives a hint as to why programs like the F-35 continue to thrive despite performance failures, gigantic cost overruns, and schedule delays that would otherwise trigger headline-grabbing congressional investigations and produce streams of indignant rhetoric from Fox News commentators about government failure.

Think tanks like the Lexington Institute are prime movers behind the domestic propaganda campaign to revive the Cold War against the diminished Russian state and justify weapons programs like the F-35.

As Lee Fang observed recently in The Intercept, “The escalating anti-Russian rhetoric in the U.S. presidential campaign comes in the midst of a major push by military contractors to position Moscow as a potent enemy that must be countered with a drastic increase in military spending by NATO countries.”

Thus the Lockheed-funded Aerospace Industries Association warns that the Obama administration is failing to spend enough on “aircraft, ship and ground combat systems” to adequately address “Russian aggression on NATO’s doorstep.” The Lockheed- and Pentagon-funded Center for European Policy Analysis issues a stream of alarmist reports about Russian military threats to Eastern Europe.

And the highly influential Atlantic Council — funded by Lockheed-Martin, Raytheon, the U.S. Navy, Army, Air Force, Marines, and even the Ukrainian World Congress — promotes articles like “Why Peace is Impossible with Putin” and declares that NATO must “commit to greater military spending” to deal with “a revanchist Russia.”

The campaign to portray Russia as a menace, led by contractor-funded pundits and analysts, began soon after the Cold War ended. In 1996, Lockheed executive Bruce Jackson founded the U.S. Committee on NATO, whose motto was “Strengthen America, Secure Europe. Defend Values. Expand NATO.”

Its mission ran directly contrary to promises by the George H.W. Bush administration not to expand the Western military alliance eastward after the fall of the Soviet Union.

Joining Jackson were such neo-conservative hawks as Paul Wolfowitz, Richard Perle and Robert Kagan. One neocon insider called Jackson — who went on to co-found the Committee for the Liberation of Iraq — “the nexus between the defense industry and the neoconservatives. He translates us to them, and them to us.”

The organization’s intense and highly successful lobbying efforts did not go unnoticed. In 1998, the New York Times reported that “American arms manufacturers, who stand to gain billions of dollars in sales of weapons, communication systems and other military equipment if the Senate approves NATO expansion, have made enormous investments in lobbyists and campaign contributions to promote their cause in Washington. . . .

“The four dozen companies whose main business is arms have showered candidates with $32.3 million since the collapse of Communism in Eastern Europe at the beginning of the decade. By comparison, the tobacco lobby spent $26.9 million in that same period, 1991 to 1997.”

A spokesman for Lockheed said, ”We’ve taken the long-term approach to NATO expansion, establishing alliances. When the day arrives and those countries are in a position to buy combat aircraft, we certainly intend on being a competitor.”

The lobbying worked. In 1999, against Russian opposition, NATO absorbed the Czech Republic, Hungary and Poland. In 2004, it added Bulgaria, Estonia, Latvia, Lithuania, Romania, Slovakia and Slovenia. Albania and Croatia joined next in 2009. Most provocatively, in 2008 NATO invited Ukraine to join the Western alliance, setting the stage for the dangerous conflict between NATO and Russia over that country today.

The fortunes of American arms makers soared. “By 2014, the twelve new [NATO] members had purchased close to $17 billion worth of American weapons,” according to Andrew Cockburn, “while . . . Romania celebrated the arrival of Eastern Europe’s first $134 million Lockheed Martin Aegis Ashore missile-defense system.”

Last fall, Washington Business Journal reported that “if anyone is benefitting from the unease between Russia and the rest of the world, it would have to be Bethesda-based Lockheed Martin Corp. (NYSE: LMT). The company is positioned to make large profits off what could very well be an international military spending spree by Russia’s neighbors.”

Citing a big contract to sell missiles to Poland, the newspaper added, “Officials from Lockheed aren’t explicitly declaring that Russian President Vladimir Putin’s adventurism in Ukraine is good for business, but they aren’t shying away from recognizing the opportunity that Poland is presenting them as Warsaw continues to embark on a massive military modernization project — one that has accelerated as tensions grip Eastern Europe.”

Lockheed continues to pump money into the American political system to ensure that it remains the nation’s largest military contractor. From 2008 to 2015, its lobbying expenditures exceeded $13 million in all but one year. The company sprinkled business from the F-35 program into 46 states and claims that it generates tens of thousands of jobs.

Among the 18 states enjoying a claimed economic impact of more than $100 million from the fighter jet is Vermont — which is why the F-35 gets the support even of Sen. Bernie Sanders.

In 1961, President Eisenhower observed that the “conjunction of an immense military establishment and a large arms industry” had begun to influence “every city, every State house, every office of the Federal government.”

In his famous farewell address to the nation, Eisenhower warned that “we must guard against the acquisition of unwarranted influence, whether sought or unsought, by the military-industrial complex. The potential for the disastrous rise of misplaced power exists and will persist.”

How right he was. But not even Ike could have imagined the extravagant costs to the nation of failing to hold that complex at bay — ranging from a trillion-dollar fighter jet program to the needless and far more dangerous resurrection of the Cold War a quarter century after the West achieved victory.