By jumping into wars wherever some group calls itself “Islamic State,” the U.S. government misunderstands the threat and feeds the danger of endless warfare, explains ex-CIA analyst Paul R. Pillar.

A couple of unfortunate ways of thinking about terrorism continue to plague discourse about the subject and create a political environment that encourages destructive policy responses. One is to conceive terrorism not as what it really is — a tactic — but instead as an identifiable group of bad actors: “the terrorists.”

These bad guys are thought of as, if not having a permanently fixed number, then at least having identifiable limits that separate them from everyone else. Wipe out the bad guys, goes the thinking, and you’ve wiped out the terrorism problem. 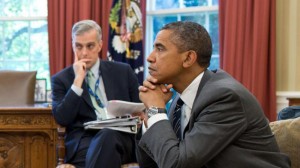 The other common habit of thinking is to identify international terrorism with whatever named group has most captured our attention and elicited our fears. This used to be Al Qaeda; now Al Qaeda has been eclipsed to a large degree by the so-called Islamic State or ISIS. Once we become familiar with a scary name, invocation of the name anywhere triggers an impulse on our part to use force to wipe out more bad guys. This pattern of thought tends to confuse a name with an organization, and it reifies more of an octopus-like transnational organization than really exists.

Where does such expansion stop? As long as the erroneous patterns of thinking prevail, there is no stopping point. If it’s Afghanistan and Libya today, then tomorrow it’s Cote d’Ivoire or Somalia or someplace else. If the impulse is to go after ISIS wherever we hear that name invoked, then there are no limits to the expansion of military operations.

And what does such expansion accomplish? A few more bad guys get whacked, but this does not constitute stopping some feared expansion of ISIS. The organizational connections, such as they are, do not work that way. Most of the energy and anger that drive violent radicals who invoke the ISIS name in far-flung places revolve around contests for power in those places.

The name is invoked because it currently is the most prominent brand name in the radical Sunni world, invocation makes it appear the local elements are acting on behalf of some larger cause, and this sort of linkage might help bring some sort of external assistance to their fight.

Meanwhile, the expansion of U.S. military operations inevitably involves an increased drain on U.S. resources and attention. The expansion can be counterproductive in causing more of the collateral damage that stimulates more anti-U.S. anger that feeds anti-U.S. violence. The expansion also can upset efforts to bring some stability to conflict-ridden places where radicals have exploited the chaos.

This is probably the case in Libya, where international mediation efforts are just starting to make some delicate progress in reconciling two competing factions that each have claimed to be the government.

ISIS unquestionably is a loathsome group, and those who would affiliate with it or adopt its name are not desirable types either. But as President Obama has correctly observed, ISIS does not pose any existential threat to the United States. Far from it.

And neither is such a threat posed by those who adopt the name or move toward affiliation. Self-identified ISIS types in Afghanistan, for example, are basically hardliners who have split from main strands of the Taliban, and like the Taliban are focused on how power is to be distributed within Afghanistan.

But this and any other U.S. administration operates in a political environment in which not going after ISIS anywhere it appears to pop up is seen as a political liability. This risks endless warfare that expands without limit. And that would be a big mistake.

← An Ugly Smear Campaign
Obama’s Break with the Establishment →

10 comments for “Misunderstanding the Terror Threat”