Exclusive: Hiding and near death, Boston Marathon bombing suspect Dzhokhar Tsarnaev reportedly scrawled on the inside of a boat that he did what he did to avenge innocent Muslims killed by U.S. wars in Iraq and Afghanistan, a rare look at the why behind “terrorism,” writes ex-CIA analyst Ray McGovern.

Quick, somebody tell CIA Director John Brennan about the handwriting on the inside wall of the boat in which Dzhokhar Tsarnaev was hiding before Boston-area police riddled it and him with bullets. Tell Brennan that Tsarnaev’s note is in plain English and that it needs neither translation nor interpretation in solving the mystery: “why do they hate us?”

And, if Brennan will listen, remind him of when his high school teachers, the Irish Christian Brothers, taught him the meaning of “handwriting on the wall” in the Book of Daniel and why it became an idiom for predetermined, imminent doom. 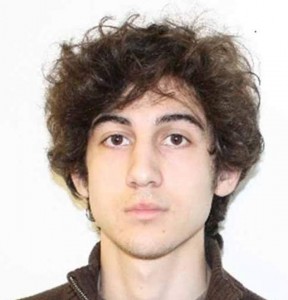 CBS senior correspondent John Miller, who before joining CBS served in the Office of the Director of National Intelligence, broke the handwritten-note story Thursday on CBS This Morning. He described what Dzhokhar Tsarnaev scribbled on the side of the boat as he lay bleeding “from multiple gunshot wounds” in the boat. Here, according to Miller’s sources, is what Dzhokhar Tsarnaev’s note said:

“The [Boston] bombings were in retribution for the U.S. crimes in places like Iraq and Afghanistan [and] that the victims of the Boston bombing were collateral damage, in the same way innocent victims have been collateral damage in U.S. wars around the world.  Summing up, that when you attack one Muslim you attack all Muslims.”

My experience with now-CBS-This-Morning’s Charlie Rose is that he does listen closely. Thus, I believe it is to his credit that he seemed determined, with his follow-up question, to drive home what I think is by far the most important point:

Co-anchor Charlie Rose: “Does it [the note] answer questions about motives?”

Miller: “Well it does … there it is in black and white literally.”

Co-anchor Norah O’Donnell: “But they still believe he was self-radicalized and not part of a larger group, right?”

If you didn’t understand much about such motives three years ago, after Umar Farouk Abdulmutallab tried to down an airliner over Detroit on Christmas Day 2009, here’s a chance to learn. I actually felt embarrassed for you when you then-White House counter-terrorism adviser were asked on Jan. 7, 2010, two weeks after the almost-catastrophe over Detroit, to explain why people want to kill Americans. I’m sure you remember; it turned out to be Helen Thomas’s swan song.

It took the questioning of the then-89-year old veteran correspondent Thomas to show how little you were willing to share (or how little you knew) about what leads terrorists to do what they do. As her catatonic White House press colleagues took their customary dictation, Thomas posed an adult query that spotlighted the futility of government plans to counter terrorism with more high-tech gizmos and intrusions on the liberties and privacy of the traveling public.

She asked why Abdulmutallab did what he did: “And what is the motivation? We never hear what you find out on why.” It was a highly revealing dialogue; this is how it went. Remember?

You: “Al-Qaeda is an organization that is dedicated to murder and wanton slaughter of innocents. They attract individuals like Mr. Abdulmutallab and use them for these types of attacks. He was motivated by a sense of religious sort of drive. Unfortunately, al-Qaeda has perverted Islam, and has corrupted the concept of Islam, so that he’s (sic) able to attract these individuals. But al-Qaeda has the agenda of destruction and death.”

Thomas: “And you’re saying it’s because of religion?”

You: “I’m saying it’s because of an al-Qaeda organization that used the banner of religion in a very perverse and corrupt way.”

You: “I think this is a, long issue, but al-Qaeda is just determined to carry out attacks here against the homeland.”

Thomas: “But you haven’t explained why.”

Actually, there is a ton of information explaining why people try, for example, to explode bombs in Times Square, in airliners over Detroit, in remote CIA outposts in Afghanistan just to kill Americans, even when it means killing themselves. [See, for example, Consortiumnews.com’s “Answering Helen Thomas on Why.”]

It was painful to watch you suggest on Jan. 7, 2010, that, apparently in some mysterious way, some folks are hard-wired at birth for the “wanton slaughter of innocents,” and your contention that in the case of Abdulmutallab al-Qaeda/Persian Gulf was able to jump-start that privileged 23-year old Nigerian, inculcate in him the acquired characteristics of a terrorist, and persuade him to do the bidding of al-Qaeda/Persian Gulf.

Your words were a real stretch as to how the well-heeled Abdulmutallab, without apparent prior terrorist affiliations, was suddenly transformed into an international terrorist ready to die while killing innocents.

Perhaps no one told you that the young Nigerian had particular trouble with Israel’s wanton slaughter of more than a thousand civilians in Gaza the year before, a brutal campaign defended by Washington as justifiable self-defense. You ought to take the time to learn about these things.

Till next time, Ray.

How to Spin This One

An important element in intelligence analysis is to understand the why, what’s the motive. That doesn’t mean you sympathize with what someone did. It does mean that you understand that knowing why is an important starting point for future prevention of similar acts.

Yet, virtually no one in the U.S. political/media hierarchy has dared to discuss, in a candid way, the issue of motivation. All the American people normally get is boilerplate about how al-Qaeda evildoers are perverting a religion and exploiting impressionable young men.

There is almost no discussion about why so many people in the Muslim world object to U.S. policies so strongly that they are inclined to resist violently and even resort to suicide attacks. So how will the media spin Dzhokhar Tsarnaev’s handwritten note?

Well, we’ve already watched CBS’s Norah O’Donnell come up with the familiar “self-radicalization” shibboleth. She tied the concept to a lack of ties with a larger group, but “self-radicalization” is normally employed to create the impression that hard-wired “violent Muslim extremists” simply look in the mirror one day and say to themselves, My, this looks like a good day to self-radicalize.

Also regularly trotted out is the “homegrown-violent-extremists” moniker employed as recently as Thursday by FBI Director Robert Mueller III in Senate testimony.

Other “mainstream media” and government officials will keep blaming terrorism on Islam, as the Wall Street Journal does Friday in repeating the claim that Dzhokhar Tsarnaev told the FBI earlier that he and his dead brother “were acting as jihadists motivated by Muslim religious anger at the U.S.” (In other words, pay no heed to what he scribbled on the side of the boat as he thought he was dying.)

Rarely has there been any official or quasi-official acknowledgement of the main problem. But there was a major exception in the fall of 2004 in an unclassified study published by the Pentagon-appointed U.S. Defense Science Board. Directly contradicting what President George W. Bush was saying at the time, the board stated:

“Muslims do not ‘hate our freedom,’ but rather, they hate our policies. The overwhelming majority voice their objections to what they see as one-sided support in favor of Israel and against Palestinian rights, and the longstanding, even increasing support for what Muslims collectively see as tyrannies, most notably Egypt, Saudi Arabia, Jordan, Pakistan, and the Gulf States.”

That’s not spin. That’s the assessment of professionals who were reading the handwriting on the wall.

Ray McGovern works with Tell the Word, a publishing ministry of the ecumenical Church of the Saviour in inner-city Washington.  He was a CIA analyst for 27 years and now serves on the Steering Group of Veteran Intelligence Professionals for Sanity (VIPS).

24 comments for “Boston Suspect’s Writing on the Wall”