The intense response to the Boston Marathon bombings including a government shutdown of metropolitan Boston and hysterical national news coverage sent troubling messages, both on civil liberties and the U.S. susceptibility to terrorist-inspired disruptions, says Independent Institute’s Ivan Eland.

The bomb attack on innocent civilians and subsequent shooting of two law enforcement officials was a reprehensible act of terrorism, but the saturation media coverage and resulting societal frenzy is unwarranted and actually harmful. Apparently, the lone surviving terrorist, Dzhokhar Tsarnaev, told the FBI, before receiving notice of his Miranda rights, that he and his brother had acted alone and that no other plots were afoot.

That this was a “lone wolf” (in this case wolves) attack that had little outside support from a major terrorist group had become likely long before the younger Tsarnaev admitted it. The first clue was the crude nature of the bombs, which were pipe bombs or used mere gunpowder combined with pressure cookers and simple timers. The bombers may have learned how to build them from looking at jihadist websites on the Internet. 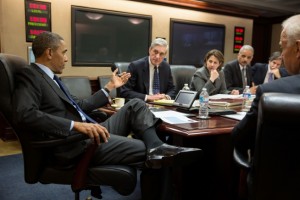 Second, the hapless terrorists had no escape plan from the marathon and apparently stayed around to watch the carnage, oblivious to the plethora of security and media cameras focused on the finish line. In the ensuing days, the bombers not only stayed around the Boston area, but instead of laying low, went after the police. Finally, the amateur terrorists carjacked a vehicle, apparently told the owner of their future plans of causing mayhem in New York City and after the owner escaped were tracked by police from the GPS in a cell phone.

Although law enforcement authorities don’t like to admit it, because it undermines their effort to hype the terrorist threat to get more money and personnel “lone wolf” terrorists pose a much lesser threat than highly trained organized terrorist groups, such as al-Qaeda and Hezbollah. Yes, even morons can kill four people, and we are probably lucky it wasn’t more, but effective mass casualty attacks, such as those on 9/11, require more training, skill, support, and, well, luck to pull off.

That is why the sensational media coverage of the incident in Boston was unwarranted. The accidental explosion at a fertilizer plant in Texas occurring at roughly the same time killed more people and yet was a back-page story. To pay attention, the American media and public apparently need a diabolical villain on U.S. soil.

Also on the back pages at the same time were 185 Nigerians killed in an incident involving the organized Islamist terrorist group, Boko Haram, and the uncovering of an organized al-Qaeda plot to derail a train in Canada. These more serious incidents were underreported because the U.S. media, reflecting Americans’ demand for news, realize that they don’t care much if there are no U.S. casualties (the same is true in foreign wars, such as Iraq and Afghanistan, where the American public and media insist on meticulous counting of and showing photos of American war dead but don’t pressure the U.S. military to account for the much more numerous indigenous casualties).

The overwrought, around-the-clock media coverage (or the potential for it) of events such as the Boston Marathon bombing leads local, state and federal officials to overreact in their response. The authorities completely shut down the city of Boston and some suburbs, requiring people to stay inside. However, during similar “lone wolf” sniper attacks in the suburbs of Washington, D.C. in 2002, authorities made no effort to close down those suburbs or the city.

One might say that no bomb attacks occurred in Washington, whereas they did in Boston, but authorities in the Washington area didn’t know that the snipers, at least one with readily apparent military training, didn’t have that up their sleeves too. Also, during the 9/11 attacks, by an order of magnitude, the most serious and lethal terrorist attack by a small group in history, killing almost 3,000 people, Washington and New York weren’t shut down and people weren’t confined to what amounts to house arrest.

In fact, this author was walking around the ghost town of downtown Washington doing media interviews putting the attacks in perspective, as smoke rose from the Pentagon. One wonders how many people died in the Boston area because they felt discouraged from going outside to hospitals to treat what turned out to be life threatening medical problems of natural causes, probably many more than the five killed in the bombings and subsequent shootings (counting one of the suspects, Tamerlan Tsarnaev).

Requiring all people to stay in their homes when their chances of getting killed by a terrorist are still remote not only could threaten their well-being or their lives but also threatens their liberties and is exactly what the terrorists want.

Thomas Menino, the mayor of Boston, admitted that a goal of the marathon bombers, as with most terrorists, was disruption. Thus, closing the city helped the terrorists achieve one of their goals. The intense media coverage helps them achieve another, getting publicity. Such excess publicity often leads to copycat terrorists, who seek the limelight, and shows more dangerous, organized terror groups that American society is vulnerable to disruption.

Yet officials, usually looking to show they are doing something decisive about the problem and to gain more authority and resources, have few incentives to put the threat in perspective and take measured responses that minimize restriction of civil liberties. After all, the average American has about the same chance of being killed by a terrorist as being killed by an asteroid hitting the earth (and less of a chance than being killed by lightning). In Boston, perhaps the odds were slightly greater, but not by much.

11 comments for “The Boston Marathon Over-Reaction”