Official Washington’s “tough-guy-ism” eschewing diplomacy in favor of military force has slammed the United States into a series of foreign-policy disasters, such as the Iraq War. But key promoters keep denouncing anyone favoring less aggression as an “isolationist,” as ex-CIA analyst Paul R. Pillar explains.

Former Senators Joseph Lieberman and Jon Kyl, identified as co-chairs of the American Internationalism Project at the American Enterprise Institute, offered the other day a statement of what they mean by American internationalism. Their piece exhorts us to resist “calls from Democrats and Republicans alike for neo-isolationist policies” and instead to “accept both the burdens and the benefits of a robust internationalism.”

The image of bipartisanship is clearly important to the Republican Kyl and the Democrat-cum-independent Lieberman, the latter of whom when still in the Senate was one of the Three Amigos along with John McCain and Lindsey Graham. 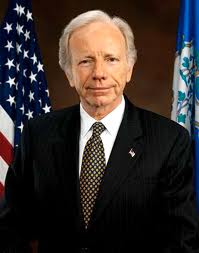 The rhetoric of Lieberman and Kyl about not withdrawing from the world sounds fine as far as it goes, but it does not go very far. Their one-dimensional treatment of their subject, in which everything gets reduced to a simple but grand choice of the United States playing or not playing a major role in world affairs, is divorced from the real policy choices the nation confronts and from any distinction among the varied policy tools available to it.

A ghost from the past about which they warn, the isolationism that constituted a significant and influential current of opinion in the United States between the two world wars of the Twentieth Century, is today less of a ghost than a straw man.

It would mean favoring severe cutbacks in military capability such as those that occurred after World War I and a withdrawal from global diplomacy reminiscent of staying out of the League of Nations and autarkic economic policies reminiscent of the Smoot-Hawley tariff. Whoever may represent this combination of views today is, for better or worse, on the fringe.

Maybe the compression required to fit thoughts into an op-ed is a factor, but to argue in a single breath, as Lieberman and Kyl do, against both “diplomatic retrenchment” and “military budget cuts” is to seem oblivious to the main lines of contention in policy debates on hot topics of the day such as Syria, Iran and much else.

Some of the most prominent divisions of opinion pit those who would emphasize the diplomatic tool against those who would rely on the military one. Neither side is isolationist; the issue is one of what is the best way to be an internationalist.

Lieberman and Kyl do not get into such current policy choices. One is left to wonder whether when they argue against diplomatic retrenchment and in favor of “a robust international economic and political presence” they would favor, say, the sort of U.S. diplomatic and political effort required to achieve a comprehensive Israeli-Palestinian peace agreement and creation of a Palestinian state. One would have reason to doubt that they do. Or how about vigorous U.S.-led diplomacy aimed at a political resolution of the Syrian civil war? There is also reason to doubt they would favor that.

Their simplified version of internationalism that conflates multiple dimensions and foreign policy instruments into one leads to what can only be described as bad analysis. To talk reproachfully about the “slashing” of defense spending after the Soviet Union collapsed before the September 11th attacks “reminded us of the risks of assuming that peace will always prevail” suggests that a Cold War superpower and a terrorist group should be met by the same level and type of military capabilities.

They make a similar mistake in criticizing “proposed cuts in aid and military strength” and having a “small footprint” in the world as negatively affecting “our ability to deter the threats posed by Iran, North Korea, Syria, a more assertive China, al-Qaeda and other terrorist organizations and individuals.” With some of those adversaries a large footprint has been more of a provocation than a deterrent and, in the case of al-Qaeda, has even been a goal of the adversary.

This sort of talk from Lieberman and Kyl is, at a minimum, unhelpful to public understanding of real choices and real foreign policy problems. But they may have a further agenda, in which their talk is not just sloppy and oversimplified analysis but serves a more specific purpose for them.

The purpose might be gleaned from some of the positions earlier taken by the former senators and by the Three Amigos, who seem never to have met a war they didn’t like. If their principal purpose is to push for more rather than less military spending and more rather than less use of the U.S. military, it is useful to argue that opponents of their positions are “isolationists” bent on repeating mistakes of the past.

The argument obscures the fact that many of those opponents have at least as robust an internationalist perspective as Lieberman and Kyl do, even though they have different ideas about where and how to use different foreign policy tools.

We need to be wary not so much of a new isolationism as we do of arguments that use the label isolationism to confuse and obscure.