Exclusive: More than a Right-Left battle, the conflict for the world’s future is between empiricists and fantasists, those who are committed to reality and rationality and those who happily embrace propaganda as truth. It is a struggle with global implications, writes Robert Parry.

The war for the world’s future pitting people anchored in reality against others free-floating in make-believe appears to have begun in earnest with the rationalists scoring some surprising early victories in what is sure to be a long and ugly fight.

In Israel’s recent election, Yesh Atid, a new party of secularists, surged to a second-place finish on a platform that challenged the power of the ultra-Orthodox who have sought to impose a fundamentalist version of Judaism on large swaths of the country, including forcing women to sit at the back of buses and driving secular Jews out of some neighborhoods. 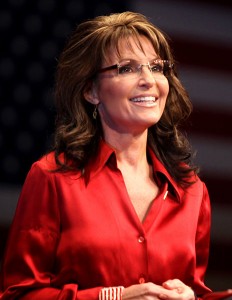 Meanwhile, in the United States, Louisiana Gov. Bobby Jindal, a Republican presidential prospect for 2016, finally acknowledged the obvious, calling his GOP the “stupid party.” And Sen. Marco Rubio of Florida, another Republican up-and-comer, signed on to a bipartisan plan for immigration reform that included a path to citizenship for undocumented immigrants, what the GOP’s nativist wing has long derided as “amnesty.”

These various moves suggest some new respect for the real world. But the ugliness of what lies ahead was underscored at a legislative hearing in Hartford, Connecticut, on Monday when Neil Heslin, the parent of a child massacred in Newtown on Dec. 14, was heckled by pro-gun activists who claimed, falsely, that the Second Amendment guaranteed them the right to own assault weapons. (Not even today’s right-wing-controlled U.S. Supreme Court says that.)

Republicans also haven’t given up on their racist arguments about the need to rig election rules in ways to devalue or suppress the votes of African-Americans, Hispanics, Asian-Americans and other urban dwellers and to exaggerate the value of ballots cast by rural whites. [See Consortiumnews.com’s “Return of ‘Three-Fifths’ of a Person.”]

There is also no indication as yet that the Republicans will budge on other key elements of their “stupid” agenda, including their denial of the science on global warming, their pandering to pro-gun extremists and their resistance to pretty much anything that President Barack Obama is for.

Still, pro-rationalists have to take some encouragement from small signs that the anti-rationalism of the Republican Party is beginning to crack. Fox News parted ways with former Alaska Gov. Sarah Palin as a commentator. The GOP’s vice presidential nominee in 2008 — known for her know-nothingism — went the way of the crazy Glenn Beck. It seems that even right-wing propaganda on Fox has its limits.

The even faster disappearance of the GOP’s chameleon-like 2012 standard-bearer, Mitt Romney, is another sign that Republicans want to forget the clown show of their last presidential selection process. It culminated in a national convention built on taking Obama’s “you didn’t build that” quote out of context. Any thinking person knew that Obama was referring to the broader national infrastructure of roads, bridges, etc., not to some individual’s small business, but Romney pretended otherwise.

The Republican Party had reached a point where it seemed to relish the process of ginning up its idiotic “base” around outright lies. If it wasn’t Palin yelling about non-existent “death panels,” it was mogul Donald Trump and Sheriff Joe Arpaio questioning the Hawaiian birth records proving that Barack Obama was born in the United States.

Of course, the GOP’s decoupling from reality can be traced back many more years, at least several decades to the emergence of former actor Ronald Reagan who demonstrated how a casual relationship with the truth could work wonders politically. [For details, see Consortiumnews.com’s “America’s War for Reality.”]

But the substitution of right-wing ideology for reason advanced dramatically last decade under the presidency of George W. Bush, who empowered a clique of clever intellectuals known as the neoconservatives. The neocons treated the American people as simpletons easily manipulated through techniques of “perception management.”

Aided by Fox News and abetted by a careerist mainstream news media, the neocons felt free to push any hot buttons that worked, scaring Americans with exaggerated stories of foreign threats and impugning the patriotism of anyone who got in the way. The invasion of Iraq to find non-existent WMD was one result.

Similarly, Republican presidents from Reagan through the two Bushes stocked the U.S. Supreme Court with ideologues who pretended to be “strict constructionists” on the Constitution but actually applied shoddy scholarship to reach rulings in line with their political preferences.

For instance, Antonin Scalia and the three other right-wing justices, in an angry dissent regarding the Affordable Care Act, cited constitutional Framer Alexander Hamilton in support of their concern about the alleged overreach of Congress in regulating commerce.

In their dissent on June 28, 2012, they wrote: “If Congress can reach out and command even those furthest removed from an interstate market to participate in the market, then the Commerce Clause becomes a font of unlimited power, or in Hamilton’s words, ‘the hideous monster whose devouring jaws  . . .  spare neither sex nor age, nor high nor low, nor sacred nor pro­fane.’” They footnoted Hamilton’s Federalist Paper No. 33.

That sounded pretty authoritative. After all, Hamilton was one of the strongest advocates for the federal powers in the Constitution and here he was offering a prescient warning about “Obamacare” from the distant past of 1788. The only problem was that Scalia and his cohorts were turning Hamilton’s words inside out.

In Federalist Paper No. 33, Hamilton was not writing about the Commerce Clause. He was referring to clauses in the Constitution that grant Congress the power to make laws that are “necessary and proper” for executing its powers and that establish federal law as “the supreme law of the land.”

And Hamilton wasn’t condemning those powers, as Scalia’s opinion would have you believe. Hamilton was defending the two clauses by poking fun at the Anti-Federalist alarmists who had stirred up opposition to the Constitution with warnings about how it would trample America’s liberties. In the cited section of No. 33, Hamilton is saying the two clauses had been unfairly targeted by “virulent invective and petulant declamation.”

It is in that context that Hamilton complains that the two clauses “have been held up to the people in all the exaggerated colors of misrepresentation as the pernicious engines by which their local governments were to be destroyed and their liberties exterminated; as the hideous monster whose devouring jaws would spare neither sex nor age, nor high nor low, nor sacred nor profane.”

In other words, Scalia and the three other right-wingers not only applied Hamilton’s comments to the wrong section of the Constitution but reversed their meaning. Hamilton was mocking those who were claiming that these clauses would be “the hideous monster.” [For details, see Robert Parry’s America’s Stolen Narrative.]

Though Scalia is typically hailed by the Washington press corps as a brilliant legal scholar, he really is more of an ideological hack who reaches his conclusions based on what he wants the outcome to be and then picks out some legal wording to wrap around his judicial activism.

He did the same in using the Fourteenth Amendment’s “equal protection under the law” principle to prevent a recount in Florida in Election 2000 and thus hand George W. Bush the presidency. He and four other Republican justices settled on their desired outcome and then went searching for a rationalization, no matter how ludicrous. [See the book Neck Deep for details.]

One of the motivations for the five partisan justices to make Bush the president despite the people’s electoral preference for Al Gore was that Bush would then appoint more right-wing Republicans to the high court and thus perpetuate their ability to redefine the Constitution.

Thus, in 2008 and 2010, the right-wing majority reversed longstanding precedents regarding the interpretation of the Second Amendment as a collective right of the states to organize militias. By a narrow 5-to-4 majority, the Republican justices made it a personal right, albeit one that could be restricted by local, state and federal laws.

In 2010, the right-wing court also by a 5-to-4 vote unleashed the power of wealthy individuals to dominate the U.S. political process through unlimited financing of TV ads and other propaganda. The underlying motivation was that right-wing billionaires could then, in essence, buy elections for Republican candidates.

So, the nation’s predicament in 2013 is that the Republican practice of using sophistry and spin to control the American political/media system is deeply rooted in the judicial, political and media structures. Millions of Americans having watched too much Fox News and listened to the likes of Rush Limbaugh and Glenn Beck believe strongly in a faux reality and get angry when their illusions are challenged.

Of course, it’s not just the Republicans and the Right that are to blame for this mess. They, after all, have been doing simply what works for them politically. It is also the fault of the Democrats, the Left and the professional news media for largely abandoning this field of battle over reality, retreating in the face of well-funded propagandists and angry right-wing activists.

Yes, there also have been cases in which some elements of the Left and the Democratic Party have opted to fight fire with fire, i.e. making up their own fact-free conspiracy theories to discredit Republicans. But the preponderance of this behavior has been on the Right.

Indeed, the emerging backlash against right-wing fantasists could represent an important turning point in the fight for the world’s future. If thoughtful people will plant their flag in the firm ground of rationality and empiricism, they could create a rallying point for a new brand of politics, one based on pragmatism, realism and mutual respect.

Within such a political framework, there would still be vigorous debates over how best to address the world’s problems including how big a role for government versus the private sector but those discussions would be based on facts, not nonsense. To build that future, however, rationalists must be as tough and determined as the ideologues.

15 comments for “Reality Bites Back”