Exclusive: Stung by back-to-back defeats to Barack Obama, the Republican Party is undertaking a national strategy to devalue the votes of blacks and other minorities, a partial revival of the infamous clause in the U.S. Constitution rating African-American slaves as “Three-Fifths” of a person, says Robert Parry.

Richmond, Virginia, the capital of the Old Confederacy, is a fitting place for the neo-Confederates who now control the Republican Party to reinstate a version of the slave-era provision counting African-Americans as “Three-Fifths” of a person for the purpose of representation.

This revival of the infamous “Three-Fifths” clause of the U.S. Constitution is part of a Republican scheme to give lesser value to the votes of African-Americans and other minorities who tend to cluster in cities than to the votes of whites in rural, more GOP-friendly areas. The goal is to give future Republican presidential candidates a thumb-on-the-scale advantage in seeking the White House, as well as to assure continued Republican control of the House of Representatives. 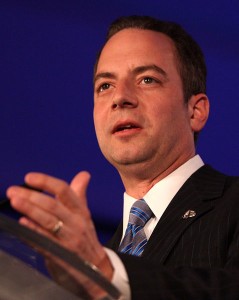 The scheme is a direct Republican response to the emergence of Barack Obama’s coalition, which pulled together the votes of African-Americans, Hispanics, Asian-Americans and young urban whites (who are more comfortable with a multi-cultural future for the United States).

The racist and right-wing white males, who now dominate the Republican Party, have seemingly concluded that they can only continue to dominate American politics if they can devalue the votes of Americans who are inside this Obama coalition. If the Republican schemes prevail, those votes may well be worth even less than three-fifths of the vote of a rural white.

The initial phase of this Republican plan was to aggressively gerrymander congressional districts in states under GOP control to concentrate minority voters in a few districts while creating safe GOP majorities in most of the remaining districts. That strategy allowed Republicans to retain control of the U.S. House of Representatives in 2012 despite losing the nationwide popular vote by more than one million ballots.

Now, in several states that voted for President Obama, Republican-controlled state legislatures are changing how electoral votes for President will be allocated in the future, by basing them on who wins the gerrymandered congressional districts rather than the current system of giving all the electors to the statewide winner.

That way, even if a GOP presidential candidate loses a state decisively, he might still snake away with the majority of electors by carrying most of the Republican-tilted congressional districts. However, in other Republican-controlled states that voted for Mitt Romney, the GOP is leaving the old winner-take-all system in place.

Thus, the effect of this electoral chicanery is to systematically reduce the value of votes cast by African-Americans and other minorities (as well as urban white youth). In many cases, the value of their effective representation would be reduced to the three-fifths level or even less.

The Three-Fifths Compromise was included in Article I, Section 2 of the Constitution counting African-American slaves as three-fifths of a person for the purpose of representation in Congress. The infamous provision was rescinded by constitutional amendments that ended slavery after the Civil War, ironically pushed by the Republican Party.

Of course, today’s Republican Party doesn’t call its anti-democratic strategy a rebirth of the “Three-Fifths” clause. But party leaders are remarkably blunt about their intent to make the U.S. election of a President less democratic and giving a special advantage to GOP candidates.

Republican National Committee Chairman Reince Priebus has endorsed the strategy, calling it a plan that “a lot of states that have been consistently blue (i.e. voting Democratic in presidential elections) that are fully controlled red (by Republican state governments) ought to be looking at.” Such states include elector-rich Virginia, Michigan, Pennsylvania and Ohio, important battleground states where off-year elections thrust Republicans into control of the governorships and state legislatures though they all went for President Obama in 2008 and 2012.

In Virginia, state Sen. Charles W. Carrico Sr., the sponsor of the bill to alter how presidential electors are apportioned, said his intent was to give smaller communities a stronger voice. “The last election, constituents were concerned that it didn’t matter what they did, that more densely populated areas were going to outvote them,” he said.

While presenting this argument in a color-neutral way, Carrico was, in effect, saying that rural whites should have their votes count more than the votes of urban African-Americans, Hispanics, Asian-Americans and young whites comfortable in a racially integrated society.

In the United States, rural areas already have a disproportionate say in national affairs because the U.S. Constitution gives each state, regardless of population, two seats in the Senate and presidential electors reflect each state’s total seats in Congress, i.e. the numbers in the House of Representatives and the Senate. In addition, the District of Columbia with a large African-American population is denied voting representation in Congress (although D.C. is granted three presidential electors).

However, Republicans are fearful that the nation’s demographic changes, which were highlighted by President Obama’s two victories, could doom the party to a long-term minority status. Or the GOP might have to dramatically change its right-wing policies, which have alienated minorities since the days of Richard Nixon and his “Southern Strategy,” which used racial code words to appeal to pro-segregationist Southern whites.

The GOP also has taken strong anti-immigration stands, with its last presidential nominee Mitt Romney advocating an approach that would make life so miserable for undocumented immigrants that they would “self-deport.”

Yet, rather than undertake the painful internal process of returning the Republican Party to its traditions of racial tolerance, the GOP appears to have opted for a strategy that would “double-down” on its rural white “base” by over-weighting those votes and undervaluing the votes of minorities and city-dwellers.

While this scheme is playing out in several GOP-controlled states, the movement is advancing fastest in Richmond, a city proud of its boulevard of giant statues honoring Confederate “heroes.” Inside the Virginia Statehouse, a large statue of Gen. Robert E. Lee stands in the center of the old House of Representatives as if he has just arrived to give instructions to the chamber.

But this Republican assault on “one person, one vote” is not about the past but the present and the future. The real-life effect of Virginia’s new “Three-Fifths (or less)” clause is demonstrated by the fact that if the proposed system were in effect last November, Obama would have won the state but received only four of the state’s 13 electoral votes.

State Sen. Donald A. McEachin, a Democrat, denounced the Republican bill as “absolutely a partisan bill aimed at defying the will of the voters, giving Republican presidential candidates most of Virginia’s electoral votes, regardless of who carries the state.”

Across the country, Republican politicians also have been trying to suppress the minority vote through voter ID laws that tend to disenfranchise urban dwellers and the poor and by reducing voting times with the result of creating long lines at city precincts and forcing many voters to stand in lines for hours.

The bitter irony of today’s Republican Party leading the fight to devalue the concept of equal citizenship was that the original Republican Party led the fight to grant full citizenship to African-Americans in the 1860s. The GOP, however, has since evolved via Nixon’s Southern Strategy into a national political organization determined to minimize, if not neutralize, the influence of blacks and other minorities.

22 comments for “Return of ‘Three-Fifths’ of a Person”