Exclusive: The only practical way to get the U.S. back on track economically is to raise taxes on the rich and use the money to rebuild the country. But anti-government extremists have taken over the Republican Party and won’t let go. So, what can be done to save the GOP from itself, asks Robert Parry.

Having been raised in a family of pro-business Republicans in Massachusetts, I sometimes wonder what it would take to restore the GOP to its earlier status as a reasonable and responsible political organization like it, more or less, was during the days of Dwight Eisenhower.

Back then, the Republican Party was skeptical of too much government but recognized government’s vital role in building a strong nation. Eisenhower and Republicans of his time would have understood President Barack Obama’s comment about the importance of publicly financed roads, bridges and other infrastructure in helping business succeed. 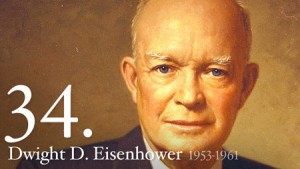 Those Republicans wouldn’t have ripped the “you didn’t build that” line out of context, attached the “that” to the wrong antecedent the building of individual businesses and then made the distortion the centerpiece of a national convention.

Unlike Eisenhower’s GOP, today’s breed of Republican displays a willful know-nothing-ism, a determination to wallow in a swamp of anti-intellectualism and made-up facts. In my youth, the Republicans were considered the more reasonable ones.

These troubling Republican trends have gotten worse over several decades but only recently has this reality penetrated the consciousness of the Washington Establishment, finally prompting two committed centrists, Thomas E. Mann and Norman J. Ornstein, to detect the reality.

Earlier this year, they penned a Washington Post Outlook article entitled “Let’s just say it: the Republicans are the problem”: “In our past writings, we have criticized both parties when we believed it was warranted. Today, however, we have no choice but to acknowledge that the core of the problem lies with the Republican Party.

“The GOP has become an insurgent outlier in American politics. It is ideologically extreme; scornful of compromise; unmoved by conventional understanding of facts, evidence and science; and dismissive of the legitimacy of its political opposition.”

At the top, Republican leaders from Ayn Rand ideologues to neoconservative warmongers believe in elitist concepts like “perception management,” i.e. using lies and propaganda to manipulate the rank-and-file. Among the rank-and-file, there’s almost a pride in being manipulated.

So, despite all evidence, high percentages of Republicans believe that Obama is a Muslim born in Kenya, that Iraq did have weapons of mass destruction, that Saddam Hussein was involved in the 9/11 attacks, that the science on global warming is a hoax. Instead of anger over being misled, today’s adherents to GOP orthodoxy react to the truth by hugging the lies more tightly.

If this were the behavior of some fringe group on the Right or the Left, it might not matter much. But the Republican Party is part of the governing structure of the United States, the world’s most powerful nation with a bristling arsenal of nuclear weapons and a vast array of other exotic weapons.

Bolstered by an extraordinary propaganda system reaching from newspapers, magazines and books to radio, TV and well-funded Internet sites the Republicans have shown they can win elections, especially in times of fear and anger, and cause great harm from starting unnecessary wars to tanking the global economy.

George W. Bush, one recent example of Republican arrogant ignorance, took the United States from an era of general peace, prosperity and, yes, budget surpluses to a desperate time of war, financial collapse and trillion-dollar deficits. Bush’s ineptitude is still being felt by millions of jobless Americans and a struggling world economy.

Yet, the Republicans and their impressive propaganda machine have convinced large numbers of Americans that what is needed is a bigger dose of George W. Bush in the person of Mitt Romney, who, despite his mincing steps contrasted to Bush’s swagger, represents Bush’s policies on steroids, i.e., more tax cuts, more global belligerence.

Romney is trusting that the combination of true-believers and the truly confused will get him over the hump, and some polls show that he remains within range of reaching his goal, the White House. But what would happen if he gets his “50.1 percent”?

Though Romney sees his experience as a venture capitalist as his top qualification to be President, he misdiagnoses the biggest problem facing the U.S. economy, a lack of consumer demand. That resulted from the middle class suffering three-plus decades of decline, mostly under GOP tax and trade policies favoring the rich and the outsourcers.

The crisis reached a critical point in the last two years of George W. Bush’s presidency when the ability of middle-class families to borrow against their home equity was devastated by the financial crash, massive layoffs and a drastic drop in home prices.

That forced millions of American consumers to forego purchases and left manufacturers with little incentive to ramp up production. Instead, companies kept trillions of dollars on the sidelines, seeing no reason to send their cash into the game.

Yet, what does Romney advocate as a solution? He wants another 20 percent tax cut aimed primarily at the wealthy. But non-partisan budget experts say the Romney plan would require higher taxes on middle-class families. In other words, Romney is likely to depress consumer spending even more.

Another mistaken judgment is spelled out in his campaign book, No Apology, where he describes the key challenge confronting the U.S. economy as “productivity,” i.e. the ability to produce more goods per hour of work.

He wrote: “Productivity is so central a concept, so crucial an ingredient to national well-being, that a focus on productivity should be a constant in the media and in the minds of citizens.”

But that’s not entirely true. A healthy economy depends on a mix of factors, including a strong middle class that can afford to buy items being manufactured. If an economy raises productivity, it will still stagnate if people can’t afford to buy the products.

Even the most efficient factory that makes something that no one can afford will soon go out of business. That was the insight of car manufacturer Henry Ford who insisted on paying his assembly-line workers enough so they could buy his cars. On a macro level, the same is true for countries. Productivity without demand is a recipe for failure.

In the Great Depression, the federal government expanded on Henry Ford’s insight with New Deal programs to help the unemployed get back on their feet. After World War II, other initiatives were designed to benefit returning war veterans and to build the country.

In essence, the Great American Middle Class was a creation of the federal government, through programs like the GI Bill, laws to protect unions, and major investments in transportation, power generation and science. That era’s Republicans might have been more cautious about government spending, but many projects had bipartisan support.

This golden era of the U.S. economy occurred while the top marginal tax rate for the wealthy ranged from 70 percent to as high as 91 percent. During the Eisenhower administration, the rich got to keep less than 10 percent of their top tranche of income.

This tax money was then “redistributed” to make America stronger and more prosperous. In the process, many businesses succeeded.

While the 70 to 91 percent top marginal tax rates might be excessive in today’s more fluid world where the rich can offshore themselves as well as their money, the excessive tax cutting that Republicans have pushed since Ronald Reagan’s presidency now down to 15 percent for capital gains on investments  hasn’t achieved a healthy economy. Quite the opposite.

So, the pragmatic approach would be to look at this history and raise taxes on the rich to some reasonable level President Bill Clinton set the top rate at 39.6 percent while investing some of that money in projects that can hire the unemployed and give the United States, once again, a world-class infrastructure.

In other words, use the tax structure to transfer some super-profits from the U.S. owners of foreign factories and from businessmen who have profited from government-backed technology to create middle-class jobs for Americans, who can then buy stuff.

If done wisely by putting people to work on building infrastructure, advancing research, and educating the U.S. population this “redistribution” can have multiple benefits, not just expanding the middle class but helping new businesses prosper.

That was what happened with President Eisenhower’s Interstate Highway System, with President John F. Kennedy’s space program (which spurred the development of computers and microprocessors), and with any number of other government-sponsored innovations, from pharmaceuticals to the Internet.

But that is the opposite of what Romney, the Tea Party and other anti-government extremists want to do. Indeed, “redistribution” has become Romney’s new curse word in the campaign, citing a 14-year-old clip of Obama as a state senator supporting some level of redistribution to give everyone “a shot.”

For Romney and today’s Republicans, it’s all about rewarding the “winners” and forgetting the “losers,” the “47 percent” whom Romney disparaged in a secretly recorded meeting with donors. These anti-government zealots want a return to the Social Darwinism of the Gilded Age and the “laissez-faire” model that failed.

After all, facts and logic have little place in the land of modern Republicanism. Instead of recognizing the wisdom accumulated over the past century reinforced by the harsh realities of Bush’s crash of 2008 the GOP insists on doubling-down on bad bets. More tax cuts tilted to the rich, less regulation of Wall Street, more “free trade.”

The simple truth is that the only way to rebuild the Great American Middle Class and to begin getting the federal debt under control is by taxing the rich more. Yet, today’s brand of Republican Party won’t take even the smallest step in that direction, citing pledges made to anti-tax radical Grover Norquist.

So what can be done? How do you save a party that has embraced anti-government extremism, that proposes tax cuts as the cure for all ills, that rejects science if it goes against ideology, that promotes crazy conspiracy theories to delegitimize opponents, that makes its case to the American people through outright lies, that tries to win elections through racially tinged voter suppression, and that relies on TV ad carpet-bombings to get votes?

How can the GOP be salvaged when its philosophical leaders are the likes of Rush Limbaugh and Ann Coulter? How can Americans intervene to remake the Republican Party into a constructive and necessary counterweight to the Democrats?

The only answer appears to be a series of crushing electoral defeats for this Republican Party. Not just one or two disappointing cycles but a consistent repudiation of this extremist organization until its more moderate elements can reclaim leadership and redirect not simply repackage the policies.

Like a person suffering from a violent split personality, the traditional Republican Party cannot coexist with the right-wing radicalism that has taken over my dad’s GOP. Only a determined intervention from the outside from the American electorate over several election cycles can give the old Republicans a chance to reemerge.

If the Tea Partiers and the neocons are repudiated again and again, the Republican Party could get back in touch with its earlier traditions of thoughtful policies, those bipartisan ideas that helped build a great nation.

17 comments for “How to Save the GOP”