Western powers test out harsh economic sanctions on Iran. Israel pins the blame for a bus bombing in Bulgaria on Iranian agents, presumably retaliating for Israeli assassinations of Iran’s scientists. As tensions ratchet up Syria’s unraveling, too the chances for a disastrous war escalate, says ex-CIA analyst Paul R. Pillar.

The closest things we have to consensus views on the likelihood of war breaking out with Iran rate such a war as unlikely in the near term, in the sense of a less-than-even chance. The most recent (i.e., last month) iteration of a poll of 22 experts done for The Atlantic (I am one of the “experts”) yielded an average probability for either the United States or Israel attacking Iran in the next year of 36 percent.

Turning to those who put their money where their prognostications are, participants in the online prediction market Intradecurrently rate the chance of a U.S. or Israeli airstrike against Iran sometime before the end of 2012 as about 33 percent. The most likely outcome of a situation, however, is not the only outcome we should worry about, and we should especially worry about outcomes that, although less likely, would be especially damaging to our interests. 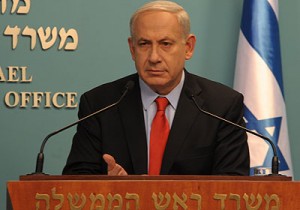 A former Vice President of the United States once said that even if there were only a 1 percent chance of a really bad thing happening, we need to work to prevent it from happening. He was wrong in his dismissive approach toward probabilities. But the 3336 percent range represents far more likelihood than 1 percent, and war with Iran would be a really bad thing for the United States.

The current danger of a war derives from a mix of factors that could slide Iran and the United States toward combat even if senior decision-makers in neither Washington nor Tehran want a war. (These factors no doubt underlie a significant increase this month in the likelihood of war as measured by the Intrade market, which in late June had dropped below 20 percent.)

One factor is the combination of Western economic warfare against Iran in the name of getting Iran to make concessions on its nuclear program, combined with the failure of the West, despite its stated objective, to use its economic sanctions as leverage to accomplish that very goal. The result is an impression of stalemate leading promoters of a war to pronounce that “diplomacy has failed.”

Another factor is the chance of an accidental altercation involving U.S. and Iranian forces in the Persian Gulf. That chance increases as the United States beefs up its naval forces in the Gulf with an additional aircraft carrier and conducts additional exercises there.

U.S. naval officers have reported that insofar as they have communications with Iranian counterparts at sea, the latter appear to behave professionally and do not seem to be looking for a confrontation. But the more military activity there is in the area, the greater is the risk of an incident that stems from nervousness or faulty communication (or even intentional action by a hot-headed low-level Revolutionary Guard commander) and then spins out of control.

A reminder of how faulty communication and nervousness on the U.S. side can produce an incident was the firing by the U.S. Navy at an Indian fishing boat earlier this week off the coast of the United Arab Emirates. This incident also recalls the one in 1988 in which the crew of another U.S. warship in the Persian Gulf, also mistakenly imputing hostile intentions, shot down a civilian Iranian airliner. That tragedy killed 290 persons and led Iranians to conclude that it was an intentional act by the United States.

The casualties in this week’s incident were limited to one Indian fisherman killed and three wounded, but if an Iranian vessel had been involved the chance of escalation would have been significant.

Then there are developments involving the prime mover of heightened tension with Iran: Israel, which wants to preserve its regional nuclear-weapons monopoly and in the meantime has been stoking the Iranian nuclear issue to crisis-level heat and promoting it as the “real problem” of the region.

Political events within Israel are tending to keep the Netanyahu government on its bellicose path. A short-lived coalition with the centrist Kadima party broke up amid disagreement over extending conscription to the ultra-Orthodox, and the government has returned to being a more purely right-wing enterprise.

The break-up with Kadima may make an Israeli election come sooner than it otherwise would have, but there is no alternative in sight anyway with a decent chance to unseat Prime Minister Benjamin Netanyahu.

In this environment comes the bus bombing in Bulgaria that killed five Israeli tourists. Netanyahu and other Israeli officials swiftly pinned blame on Iran and its Lebanese Hezbollah ally, although actual responsibility for the attack is still murky.

The Bulgarians identified as the bomber a Swedish-Algerian who was incarcerated at Guantanamo before being freed in 2004 and has also reportedly spent time in Saudi Arabia, Pakistan and Afghanistan. Swedish officials have denied he is the bomber.

Notwithstanding continued uncertainty about responsibility for the bombing in Bulgaria, we ought to pay attention to Netanyahu’s blurt that “This is a global Iranian terror onslaught and Israel will react firmly to it,” for two reasons.

One is that Iran may indeed be behind the attack, and it would be unsurprising if it is. Israel has been waging a covert war against Iran that has included, among other actions, multiple assassinations of Iranian scientists. The Israeli attacks have entailed terrorism in the purist sense of the word, in that they have been designed not just to hurt directly the Iranian nuclear effort but to intimidate other scientists from working for the program.

Iran evidently has tried to respond with attacks in foreign countries against Israeli diplomats with methods that, to make the tit-for-tat nature of the terrorism explicit, mimicked the methods the Israelis used. The very limited nature of the Iranians’ success makes it plausible that they may have decided to go for an Israeli target that was even softer and less protected than a diplomat.

The other reason to pay attention to Netanyahu’s bellicose response is that he may be looking for excuses to up the ante and the heat no matter who ultimately turns out to be responsible for the attack in Bulgaria.

The current uncertainty about responsibility may even be a motivation to act sooner rather than later, before the investigation of the bombing might start to point in a direction other than Iran. His action may take the form of an escalation of Israel’s terrorism campaign, which would further increase the danger of a covert war becoming an expanding overt one.

Although the chance of war with Iran gets attention among policy cognoscenti in Washington, the danger is underappreciated among the American public. The presidential election campaign isn’t helping and instead is making things worse.

President Barack Obama apparently has opted to try to keep a lid on the Iranian nuclear issue through Election Day rather than resolving it. Mitt Romney, in trying to score points against the President, only tells us that we ought to be more afraid of an Iranian nuclear weapon than a new war in the Middle East.

This raises the question of how such fear, of a still nonexistent weapon in the hands of a second-rate power on the other side of the globe, is consistent with the vision of a proud and powerful America that one hears in the rest of his message.

The danger of a war needs to be taken seriously. That means using those sanctions we have piled on Iran as leverage, which is not how we have used them so far, to make possible a nuclear agreement with Tehran.

It means emphasizing communications and procedures in the Persian Gulf that will minimize the chance of an escalation-prone incident, rather than merely bringing in more sabers and rattling them more loudly.

And it means distancing and dissociating the United States as much as possible from destructive and destabilizing actions by Israel.

← How We’ve Earned Your Support
Advantage to Mr. Romney →