From Editor Robert Parry: Since fall 1995 for almost 17 years Consortiumnews.com has worked to correct the American narrative. We’ve done it on spot stories of great significance and on historical turning points that require a better understanding to know where we’re headed and why.

We focus on this American narrative because it often determines which way this powerful country will go and because the Right has invested so heavily in creating a false narrative to mislead the American people, often with the acquiescence of the U.S. mainstream press. [If you wish to help us with a donation, click here.]

On Wednesday, for instance, U.S. Supreme Court Justice Antonin Scalia went on CNN and said he had “no regrets” about the Bush v. Gore ruling that handed the presidency to George W. Bush, “especially because it’s clear that the thing [Florida’s outcome] would have ended up the same way anyway.” 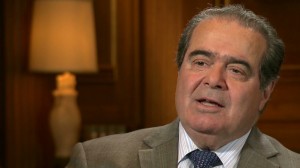 As we reported first at Consortiumnews.com on Nov. 12, 2001, the media’s recount actually showed that if all ballots, legal under Florida law, had been counted, Al Gore would have narrowly won Florida and the White House. However, because the media’s recount was not finished until after the 9/11 attacks, the news outlets concealed their own findings and cited hypothetical partial recounts that still left Bush slightly ahead.

When I suggested that this willful effort to mislead their readers was a case of misguided patriotism by senior news executives not wanting to undermine the post-9/11 national unity I received an irate phone call from the New York Times media correspondent Felicity Barringer, who accused me of maligning the professionalism of her boss, executive editor Howell Raines.

However, because our story cited the actual data from the media’s recount, other Web-based publications began echoing our conclusion, allowing well-informed Americans to understand the truth even if the official conventional wisdom remained stuck in the false narrative of Bush’s “legitimate victory.”

It also was clear from Scalia’s comment on Wednesday that he understood the nuances but was spinning the false narrative to gull the ill-informed. (He cited one of the media’s hypothetical ways to declare Bush the winner by only counting votes in counties that Gore had specifically challenged although Florida officials were in the process of tallying all the uncounted votes, which would have made Gore the winner.)

Granted, this kind of detail may go over the heads of many Americans, but getting such key facts right is crucial to understanding how the country got into the mess it’s in. It’s also necessary if we are to find a way out of the morass.

If you could help us reach our modest mid-year fundraising goal of $50,000, that would mean we can turn our attention to digging out important information about Campaign 2012. One of our ongoing investigations is examining Mitt Romney’s handling of secret international transactions for the Mormon church.

So far, we have raised only about $1,000 toward our mid-year goal. Please make your contribution today, either by Visa/Mastercard, or by check, or by PayPal (our account is named after our e-mail address, “consortnew@aol.com”).