Milagro Sala and her supporters denounce violations of due process in a case at the epicenter of a clash between the government and local social movements, Tanya Wadhwa reports. 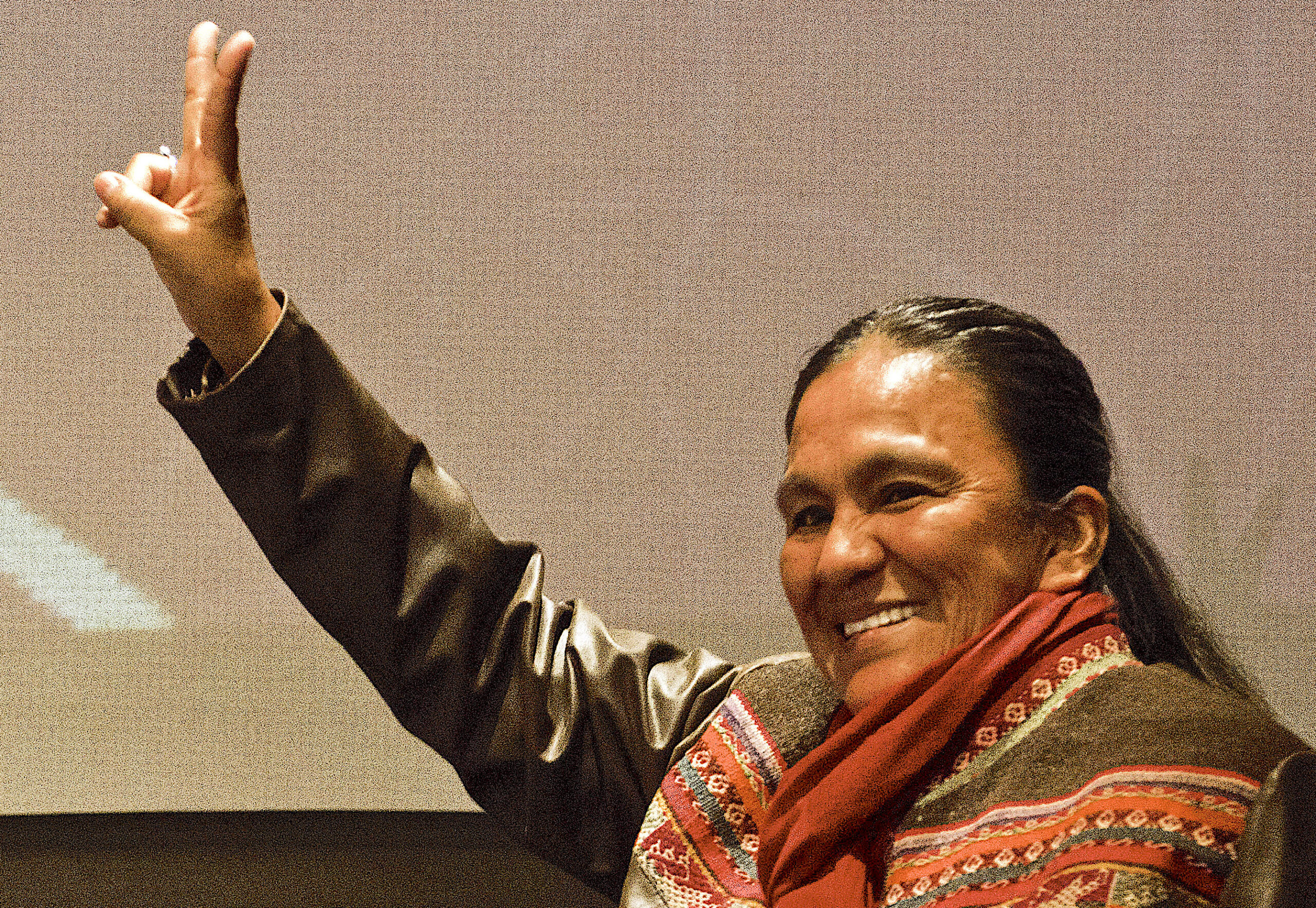 Jan. 16 marked seven years since the illegal arrest of Indigenous and social activist Milagro Sala in Argentina. Sala was one of the first victims of the political persecution that characterized the far-right government of former President Mauricio Macri (2015–2019).

On the seventh anniversary of Sala’s unjust imprisonment, members of various political, social and human rights organizations held a press conference at the headquarters of the Association of State Workers (ATE) in the capital city,  Buenos Aires, and called on President Alberto Fernández to grant Sala a presidential pardon and free her.

“We would like to remind the president of the nation that part of the political commitment of Frente de Todos (the ruling progressive coalition) was the freedom of all political prisoners in Argentina. Alberto must sign the pardon decree today, Milagro should not spend another day in prison,” said Daniel Catalano, the general secretary of ATE.

“I want to support this request. When the law is not complied with, human rights and constitutional guarantees are violated in a province, the act becomes the responsibility of the president,” said Hugo Yasky, general secretary of the Argentine Workers’ Central Union (CTA).

The organizations reiterated their support for the social leader and denounced the violations of due process that had taken place in her case.

Later in the afternoon, in the province of Jujuy, hundreds of people took to the streets and marched to the Belgrano Plaza to denounce the judicial persecution of Sala and demand her release.

Who is Milagro Sala? 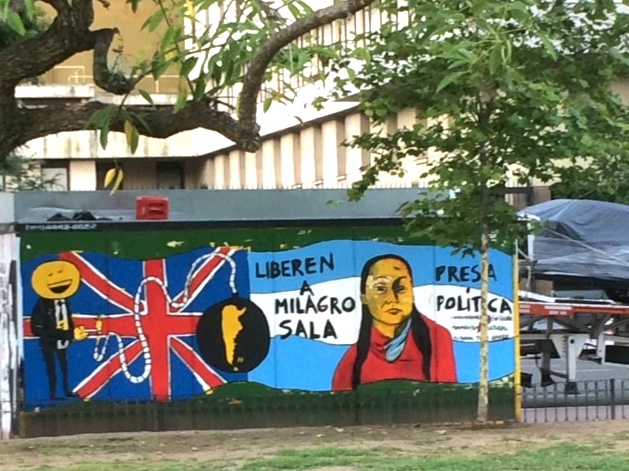 Sala, the leader of the Tupac Amaru Neighborhood Organization, was arrested in 2016 for allegedly inciting violence and chaos in the Jujuy Province. She was also accused of sedition for organizing and leading a month-long protest against the regressive changes made to the housing cooperative system by the then newly-elected governor Gerardo Morales of the right-wing Radical Civic Union party.

The Tupac Amaru social organization was working to provide thousands of poor Indigenous families with food, medical necessities, basic education, public services and jobs in cooperatives. It made significant contributions to the social welfare of the poorest communities in Jujuy during the left-wing governments of former presidents Néstor Kirchner and Cristina Fernández de Kirchner between 2003 and 2015.

Following the inauguration of Gerardo Morales as Jujuy’s governor and Mauricio Macri as Argentina’s president in December 2015 (until 2019), the government moved to cut off resources allocated to cooperatives, which led to the discontinuation of over 20,000 housing cooperative jobs. Sala and other social activists took to the streets in response.

Dozens of families and social activists organized a peaceful camp outside the Governor’s Building for a month, demanding that the governor restore the resources.

On Jan. 16, 2016, over 20 social movements from different parts of the country joined the struggle and mobilized in the Central Plaza of Jujuy to demand answers from the governor.

The massive demonstration made Sala the epicenter of a fight between the government and local social movements.

In response, the Macri and Morales administrations unleashed a campaign of persecution against her, involving different criminal charges, without evidence, and aimed at ensuring her indefinite detention and pre-trial imprisonment. By doing this, activists believe they also hoped to send a message to the rest of the social leaders and organizations. 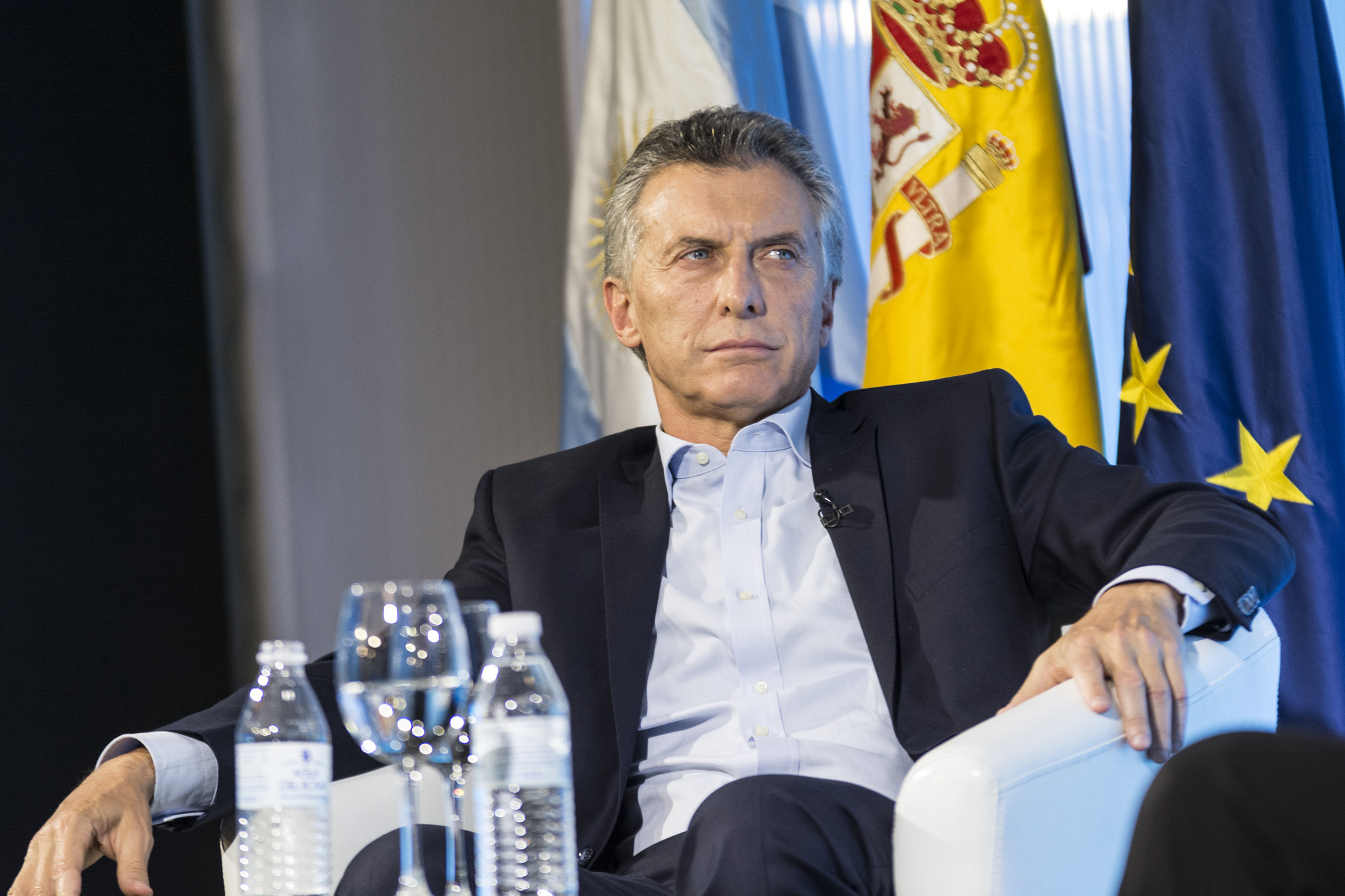 Sala was arrested after a raid at her house on Jan. 16, 2016. Along with her, seven other members of the Tupac Amaru were also detained on false charges. The organization was also accused of fraud in relation to a housing construction program and had its legal status suspended. She faced charges in a total of 12 cases. Some cases were dismissed, but others are still ongoing or have resulted in her conviction.

National and international human rights organizations have repeatedly denounced the irregularities in the legal process against Sala. They have also condemned the humiliation, abuse, and mistreatment she has suffered at the hands of local authorities.

Following her arrest, she was detained at the Alto Comedero prison in Jujuy until December 2018, after which she was placed under house arrest due to health issues.

In 2017, Sala’s defense turned to the The Inter-American Commission on Human Rights (IACHR) to request that it order the Jujuy judiciary to grant her house arrest after it dismissed all such appeals. 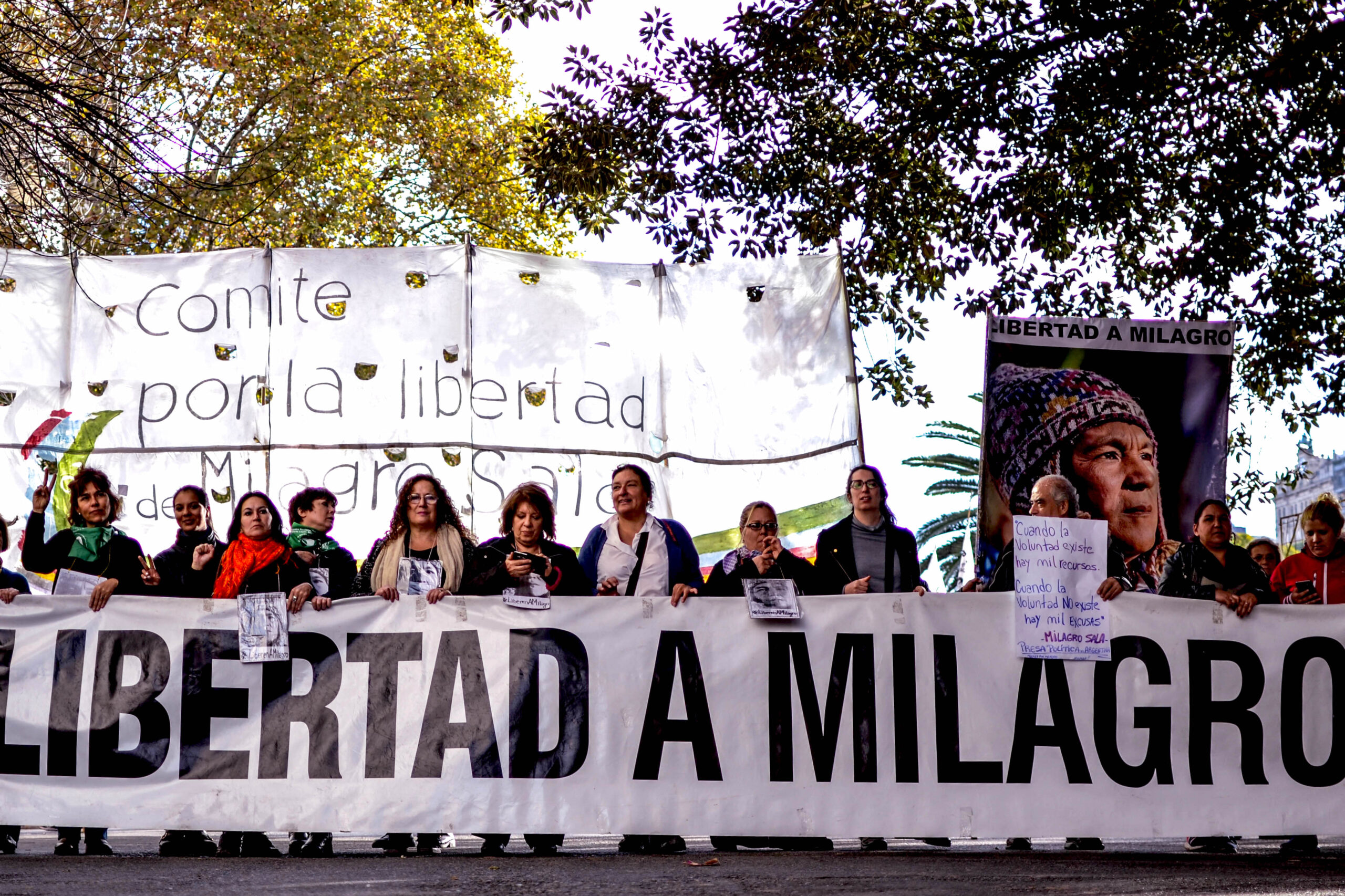 That August, the IACHR issued the precautionary measure for Sala and ordered the Jujuy court system to grant her house arrest. However, the local authorities refused to comply, so the IACHR was forced to intervene before the Jujuy judiciary finally allowed her house arrest in December 2018.

She was recently diagnosed with blood clots in her left leg that could disable or kill her. Despite her condition, police on several occasions refused to let her go to hospitals for medical treatment, and according to her legal counsel they have behaved aggressively towards her when she is in hospital.

According to her family doctor, Jorge Rachid, she has also faced mistreatment in the Jujuy public hospital during visits. For this reason, her defense has requested that she be transferred to a health center in Buenos Aires, but the provincial government of Morales has turned this request down.

Is a Pardon Possible? 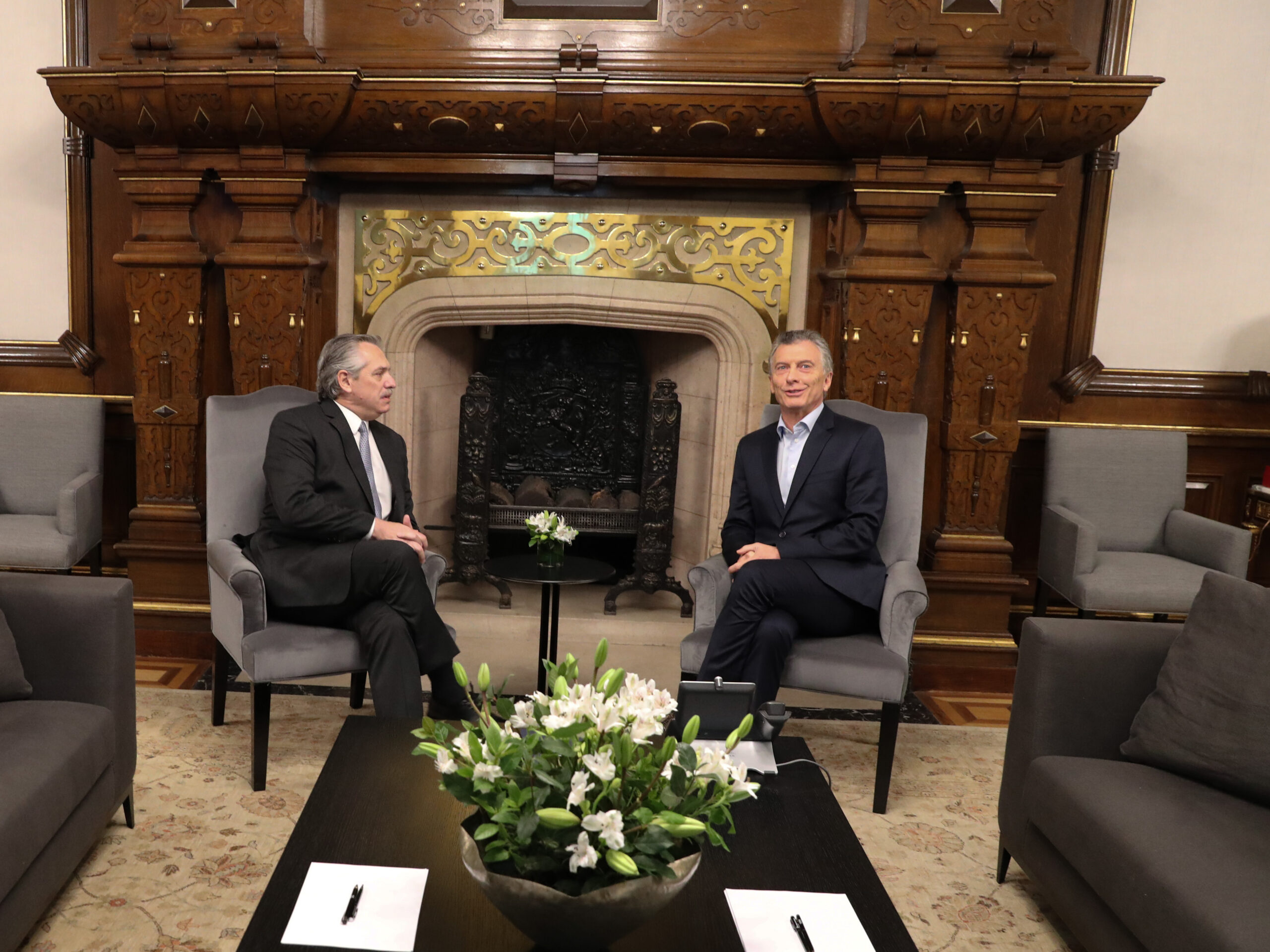 In June 2022, current President Alberto Fernández visited Sala while she was admitted to a clinic. After seeing her, he declared that a “clear system of persecution” was in place against her.

Despite supporting Sala, the president has refused to grant her a pardon, arguing that it is a provincial judicial resolution that he cannot reverse.

In December 2022, a group of human rights organizations met with Fernández to request his intervention. After the meeting, he agreed to work with a joint team of lawyers to create an institutional framework that would allow Sala to be released. 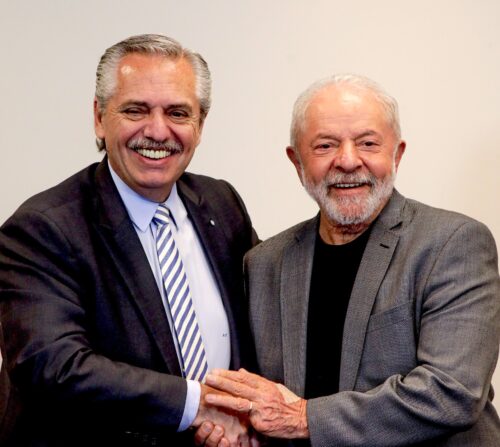 Argentine human rights organizations have pointed out that there is a way to free Sala. They have reiterated that the international system of Human Rights and the Pact of San José, Costa Rica, establish that the infringement and violations committed in a provincial state oblige the national state to take the corresponding reparatory measures.

A few days ago, in an interview with Página 12, Sala expressed her disappointment over the president’s inaction and said, “May Alberto have the courage to decide my freedom. The decision has to go through him. May he be brave enough to do it and stop being afraid of the opposition-controlled national media.”

Sala reiterated her innocence and that the charges against are politically motivated. She also denounced the judicial persecution against her and others in Argentina, such as Vice President Cristina Fernández.

“in 1976, the right-wing disappeared and tortured comrades, leaders and militants to silence them. Now they have another methodology. They torture you psychologically because they are not satisfied with having you imprisoned. They torture your family, your fellow comrades and attack what you love the most: the militancy.”

Sala’s lawyers are preparing to take her case to the Inter-American system, particularly regarding the irregularities committed by the Jujuy courts that the Supreme Court of Justice (CSJ) had declined to review.

However, the process could take years. In December 2023, the CSJ ratified a 13-year prison sentence for Sala for alleged illicit association and defrauding the State.

In this regard, Sala has said that she would have said no to a presidential pardon two years ago because she trusted the CSJ, adding that the Inter-American Court is her only hope now:

“If they asked me two years ago about the pardon, I would have said no because I [hoped] that the Supreme Court would review the file from head-to-toe. But it did not take the trouble to review it and the resolution it issued is a political confirmation of a political agreement with Morales. Today I would like a pardon. I have the dream of sitting in the Inter-American Court and [presenting the details of my case]. I want to give an account of all the work we did, all the constructions, that we never stole anything, on the contrary, we had other work to do. I want to tell them that a secondary school was built, a high school was built and that I did not take money for my pocket and I think we were not wrong. I want to prove it because it’s the only hope I have left. This situation changes in Argentina when justice changes.”

Tanya Wadhwa is a correspondent with Peoples Dispatch.