Thursday’s vote was 185-2. The only two “no” votes were those of the United States and Israel, with Ukraine and Brazil abstaining. 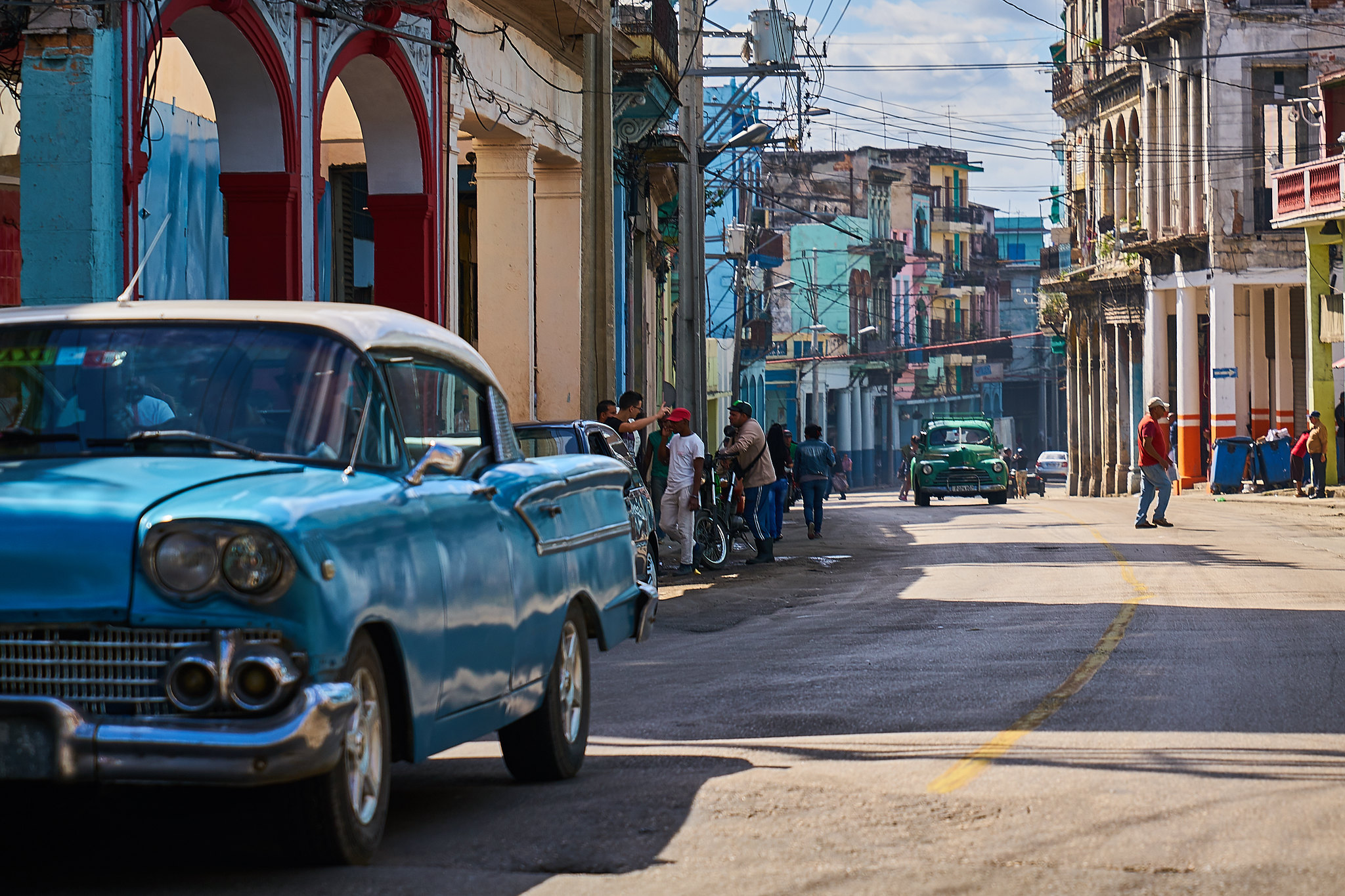 Peace advocates on Thursday said that the near-unanimous vote by United Nations member states to demand an end to the U.S. economic embargo of Cuba underscores the imperative for the Biden administration to lift the crippling 60-year blockade.

For the 30th straight year, U.N. General Assembly members voted in favor of a Cuban resolution condemning the embargo, first enacted during the administration of then-President John F. Kennedy, who according to close confidant and historian Arthur M. Schlesinger Jr., wanted to unleash “the terrors of the Earth” on Cuba following Fidel Castro’s successful overthrow of a brutal U.S.-backed dictatorship.

Thursday’s vote was 185-2, with only the United States and Israel dissenting, and Ukraine and Brazil abstaining.

“The Biden administration talks about the need for a rules-based international order. Today’s U.N. vote clearly shows that the global community is calling on the U.S. to lift its brutal embargo on Cuba,” CodePink co-founder Medea Benjamin said in a statement.

The United States is completely isolated in sustaining its 60-year embargo on #Cuba.

In defiance of the international community's nearly unanimous will, the #Biden administration continues to block trade and travel.#LetCubaLive https://t.co/ldFyqf802y

Manolo De Los Santos, co-executive chair of the People’s Forum, wondered, “What would Cuba be like today, if the blockade didn’t hinder its development?”

“It is impossible to quantify the pain generated by power cuts, long queues to purchase food, the obstacles to the life projects of families, particularly young people,” he added. “Cuba has a right to live!”

Today countless speakers from around the world have raised a similar question. What justifies such violent behavior from the US against Cuba? Why include Cuba on a list of state sponsors of terrorism when all proof points to the opposite?

Speaking before the U.N. General Assembly Thursday, Cuban Minister of Foreign Affairs Bruno Rodríguez Parrilla noted that “more than 80 percent of the current Cuban population was born under the blockade,” which he called a “deliberate act of economic war” akin to “a permanent pandemic, a constant hurricane.”

Rodríguez said that since then-President Donald Trump rolled back most of the reforms set in motion by Obama, the United States “has escalated the siege around our country, taking it to an even crueler and more inhuman dimension, with the purpose of deliberately inflicting the biggest possible damage on Cuban families.”

Taking aim at Biden, Rodríguez added that “the current U.S. administration does not have a policy of its own toward Cuba. It acts out of inertia and continues the inhuman policy of maximum pressure instituted during the presidency of Donald Trump.”

The international community eloquently confirms, once again, the almost unanimous call for an end to the blockade and the isolation the US suffers due to a cruel policy that violates International Law.#MejorSinBloqueo pic.twitter.com/3JB65LFANA

Rodríguez said the embargo has cost Cuba more than $6.3 billion during the first 14 months of the Biden administration, or more than $15 million per day.  In 2018 a United Nations commission estimated the total cost to the Cuban economy of the 60-year blockade was at least $130 billion. 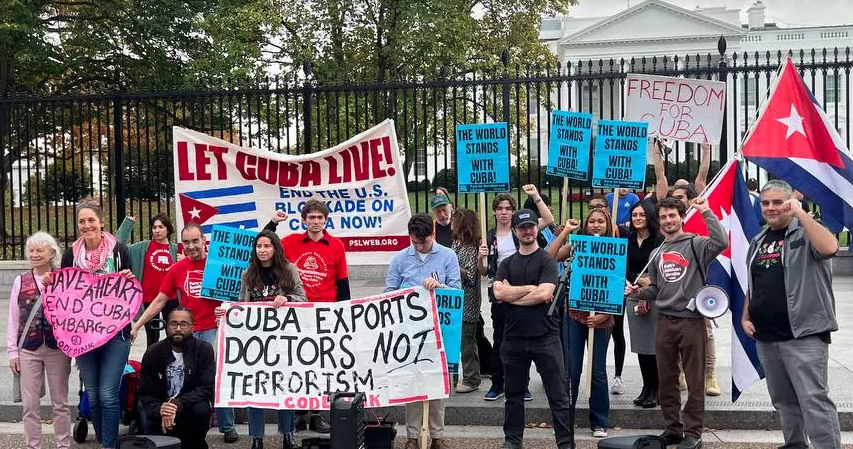 Rally against the U.S. economic blockade of Cuba outside the White House in Washington, D.C., Nov. 2, 2022. (CodePink)

CodePink has conducted rallies against the embargo, with protests to #LetCubaLive in cities including New York, Los Angeles, Chicago and Washington, D.C. over the past several days.

CodePink is set to cap a week of action Saturday by joining with the Cuban-American group Puentes de Amor to send a plane loaded with 8.5 tons of food and medicines to the besieged island.

The peace activists have three demands: An end to the U.S. blockade, lifting of all travel and economic restrictions on Cuba, and removal of Cuba from the U.S. list of state sponsors of terrorism.

← Chris Hedges: Death of an Oracle
Gauging the Chances of a Biden-Putin Meeting in Bali →