An environmental watchdog group assesses the climate damage implied by the White House’s plan to send billions of cubic meters of fracked gas to Europe annually until 2030. 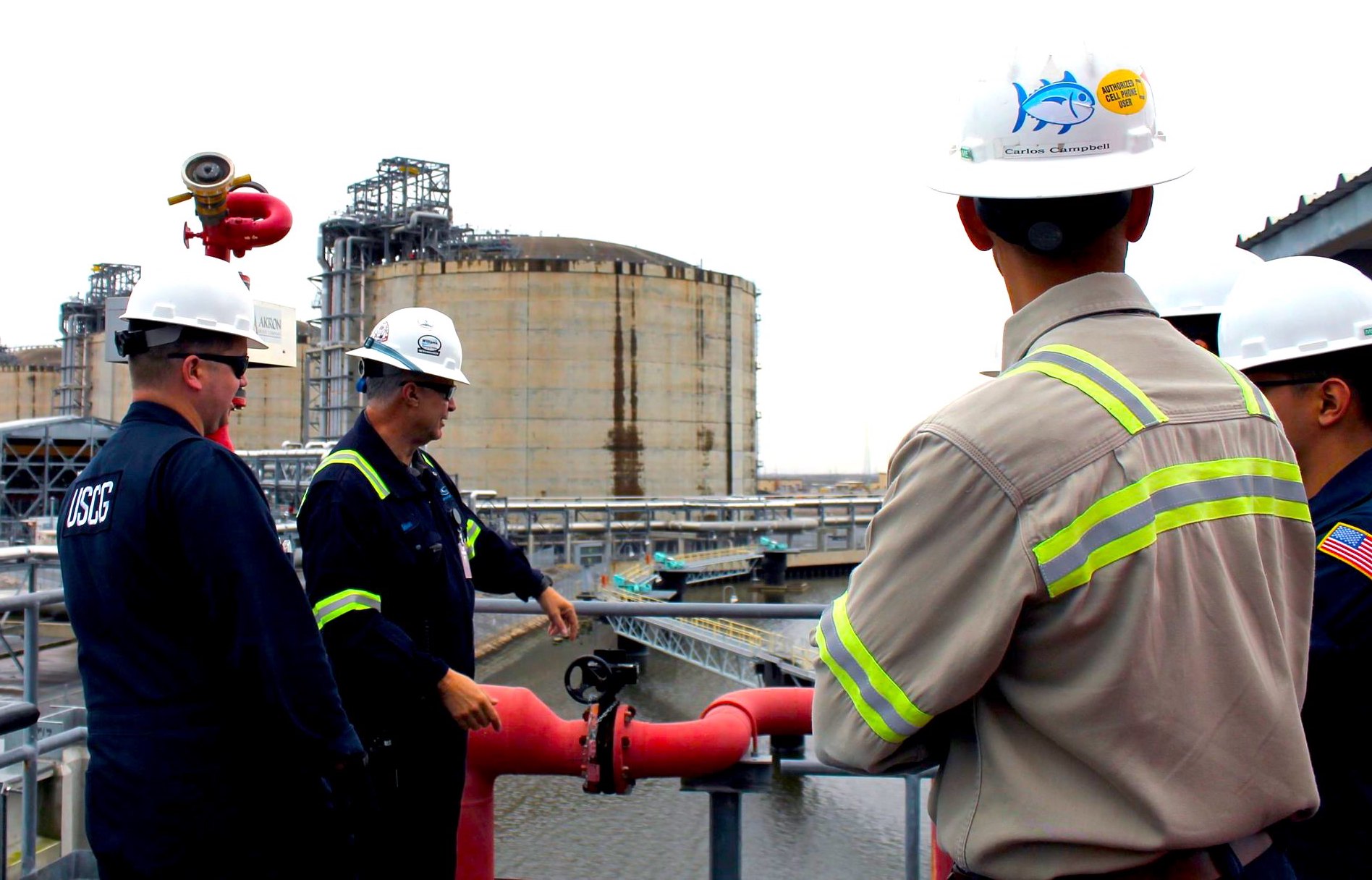 As the United Nations released its latest report showing that the continued failure of wealthy countries to immediately transition away from fossil fuels will cause catastrophic global heating, a new analysis warned the White House to scrap its plans to export billions of cubic meters of fracked gas to Europe annually until 2030.

The proposal, which the Biden administration claims “is consistent with our shared net-zero goals,” would generate fossil fuel emissions equivalent to 400 million metric tons of carbon each year, according to the analysis by Food & Water Watch, which warned the plan “would spell climate disaster.”

“One year of emissions from 50 billion cubic meters (BCM) of [liquefied natural gas] LNG would be equivalent to yearly emissions from 100 coal plants,” reads the group’s report, titled LNG: The U.S. and E.U.’s Deal for Disaster.

LNG, which is created by cooling fracked gas to create a clear, colorless liquid, has been touted by the oil industry “as the climate-friendly alternative to Russian gas, but problems arise quickly, as a standard methane leakage rate from U.S.-sourced LNG has not been measured,” Food & Water Watch adds.

The U.S. is already the world’s biggest exporter of LNG, with exports averaging 0.32 BCM per day in the first half of this year. More than 70 percent of U.S. exports went to Europe this year, and while the Biden administration’s plan has promised an extra 15 BCM of LNG to Europe this year, the current pace “will triple” that pledge, according to the report. 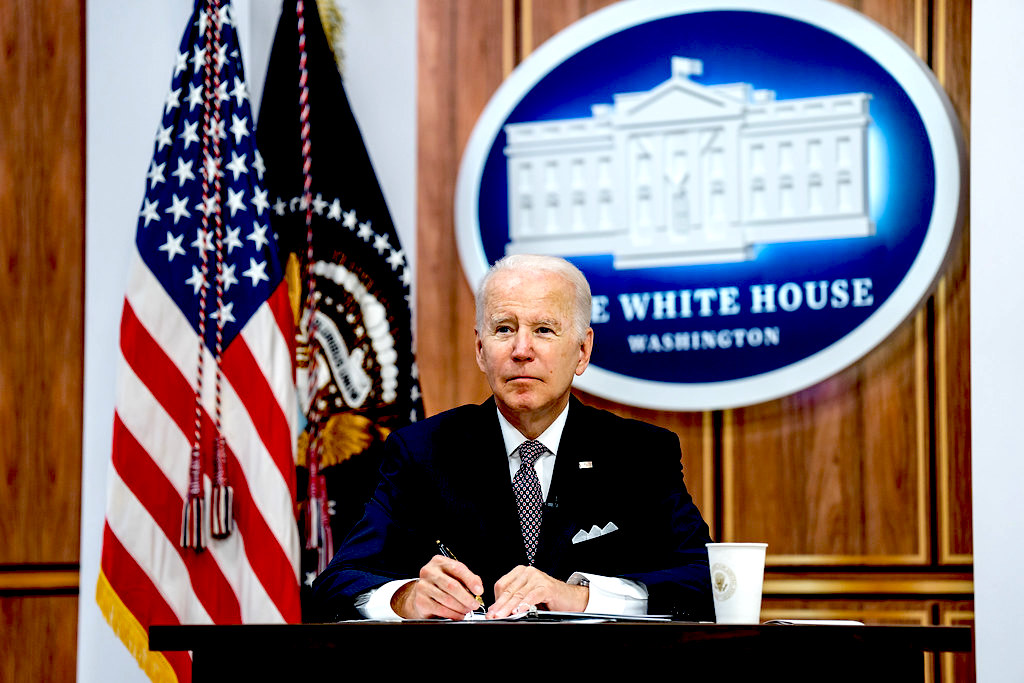 U.S. President Joe Biden during a major economies forum on energy and climate in the White House on June 17. (White House, Adam Schultz)

“The White House vision for delivering gas to Europe will serve to deliver climate chaos across the globe, at a moment when we simply cannot build new fossil fuel facilities at all,” said Food & Water Watch research director Amanda Starbuck. “The White House must work with political leaders across the globe to find a safer alternative than doubling down on dirty gas.”

The U.N. report released Wednesday estimated that planetary heating could reach 2.9°C by the end of the century if policymakers do not shift away from fossil fuel extraction promptly — a level of heating which could threaten hundreds of millions of people with sea level rise.

Food & Water Watch also detailed the immediate harm the Biden administration will be doing to communities near fracking sites in the U.S. if it moves ahead with the LNG exports plan. 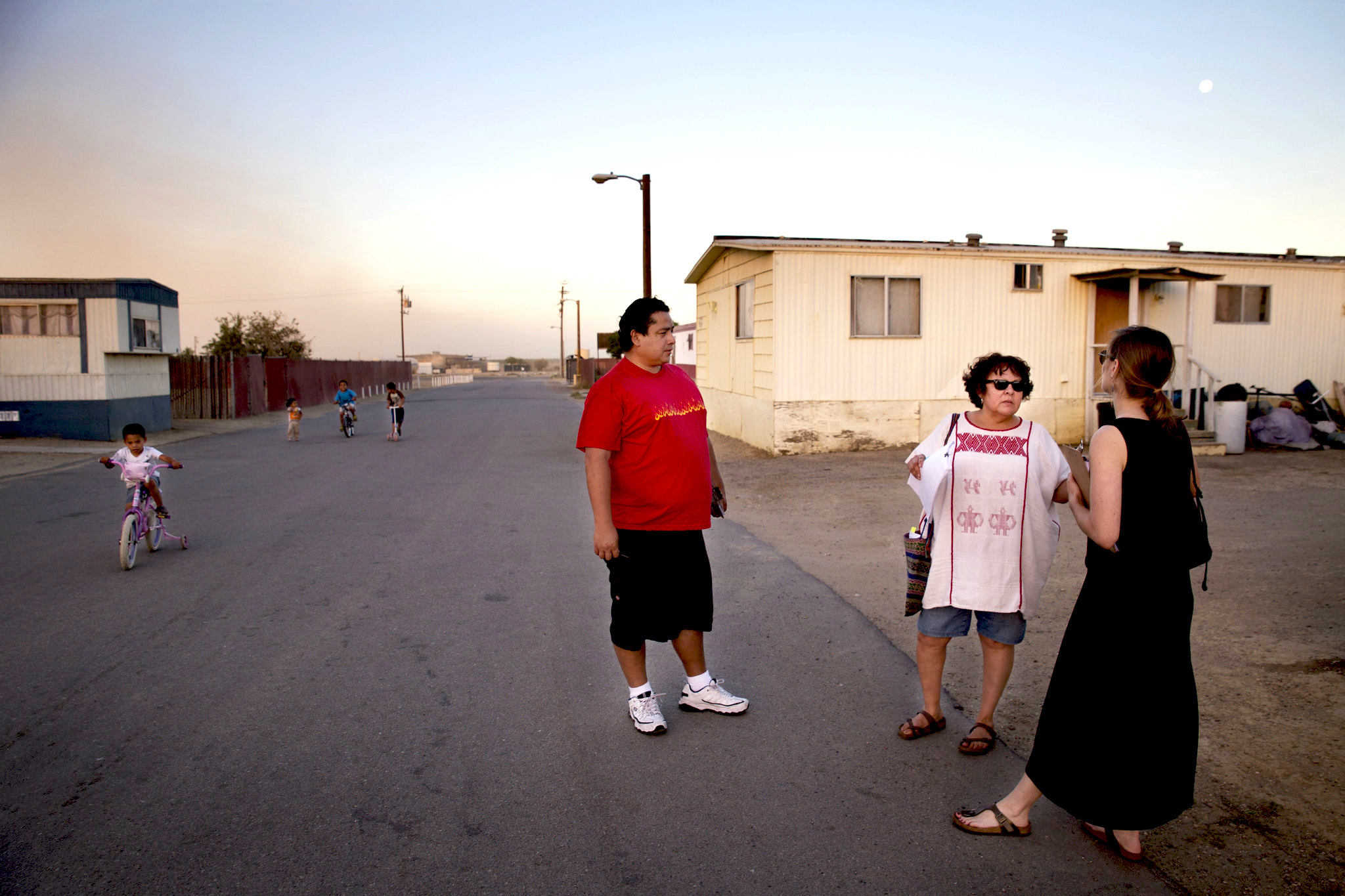 July 2014: A community in the San Joaquin Valley of California where, just down the road, in the Lost Hills Oil Field, numerous wells had been fracked. (Sarah Craig/Faces of Fracking, Flickr, CC BY-NC-ND 2.0)

“Communities plagued by fracking experience well documented and severe environmental impacts, which fall disproportionately on frontline populations that include rural, lower-income communities and communities of color,” the group’s report reads.

“Those living near fracking sites are at increased risk of contracting cancer and a host of other medical disorders, with pregnant women and children at even greater risk.”

The analysis also notes that exporting 50 BCM of LNG per year would cost between $10 billion and $19 billion annually, while providing the EU with just 12 percent of its demand for gas as it faces an energy crisis.

Meanwhile, the same level of investment in utility-scale solar power could provide Europe with more than 540 megawatt-hours (MWh) — 11 percent more energy than would be provided by LNG.

“Onshore wind power costs are similar, providing 515 million MWh,” reads the report. “Scaling up renewables to this level would avoid over 500 million metric tons of fossil fuels, no matter if it is replaced with solar or wind. The choice is clear.”

← How UK Backed Panama Invasion
US Labor’s Fortress of Finance →