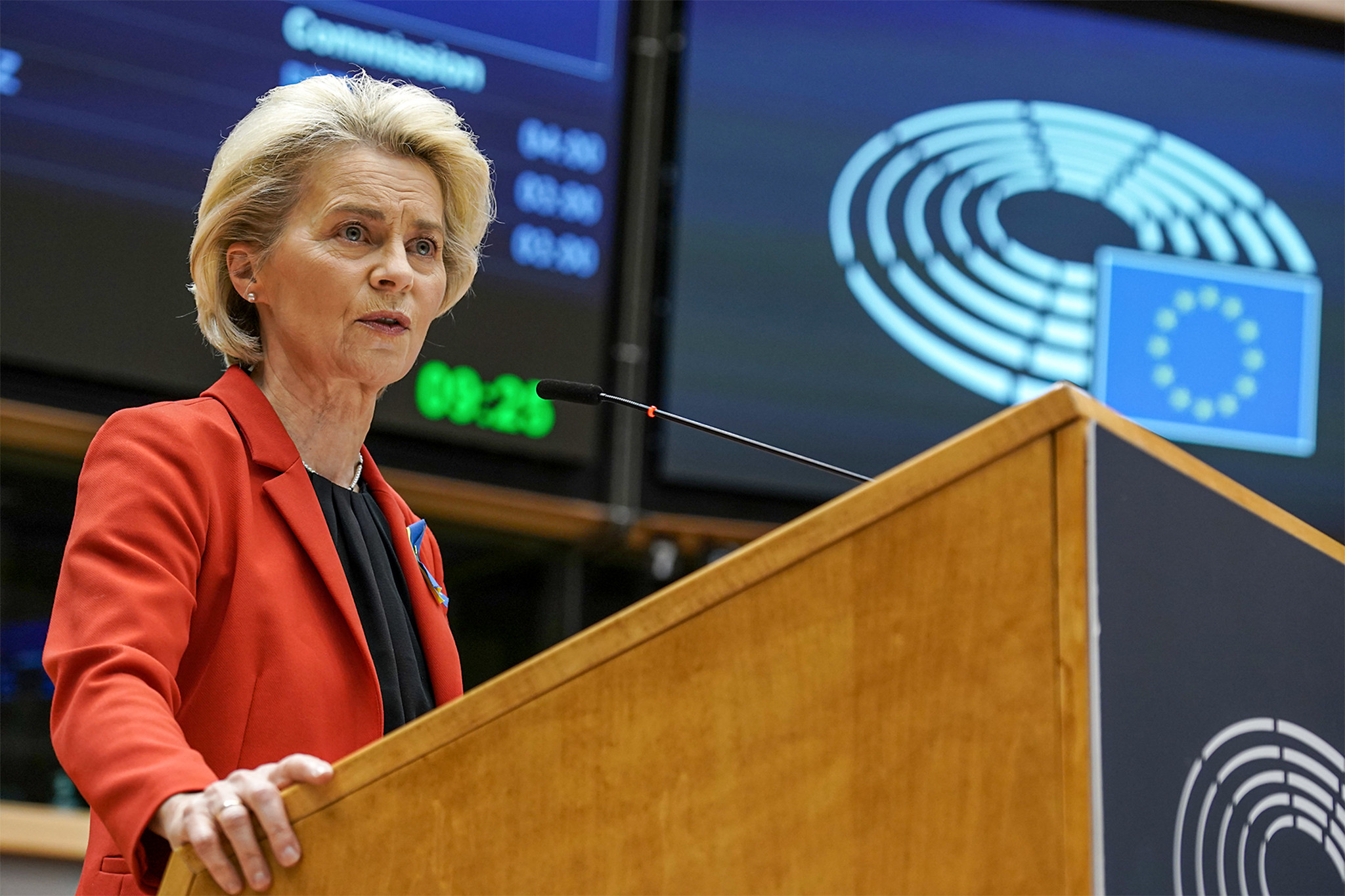 As the war in Ukraine continues to shake up geopolitics, earlier allegiances formed during the Cold War are solidifying. But though a negotiated settlement to end the conflict is not in sight – as evidenced in recent U.N. Security Council resolutions –, links between global energy policy and the war are becoming increasingly clear.

The connection is illustrated in as yet perhaps one of the most unfortunate geopolitical outcomes from the ongoing war.

While the European Union’s decision to buy more liquefied natural gas (LNG) from the United States may seem to solve short-term supply energy problems on the continent, it also consolidates the EU’s fossil fuel energy infrastructure. At the same time, it weakens that of renewable energy, creates a leadership vacuum on addressing global climate change, and may well undermine how the EU implements its European Green Deal.

It’s important to bear in mind that methane, the main gas in LNG, is the second leading greenhouse gas contributing to climate change and has, since 2011, “exceeded pre-industrial levels” by 150 percent.

The continuing energy crisis in Europe — partly a result of the war — is a chance to increase the speed with which Brussels decarbonizes European economies.

Washington says, and Brussels agrees, that paying the U.S. for more LNG is a short-term fix to “enhance security of supply” for Europe. But this makes sense only if the increases does not permanently lock the continent into an energy infrastructure for importing even more fossil fuels, at a time when Brussels is supposedly committed to carbon neutrality.

US Gas Will Dominate Europe 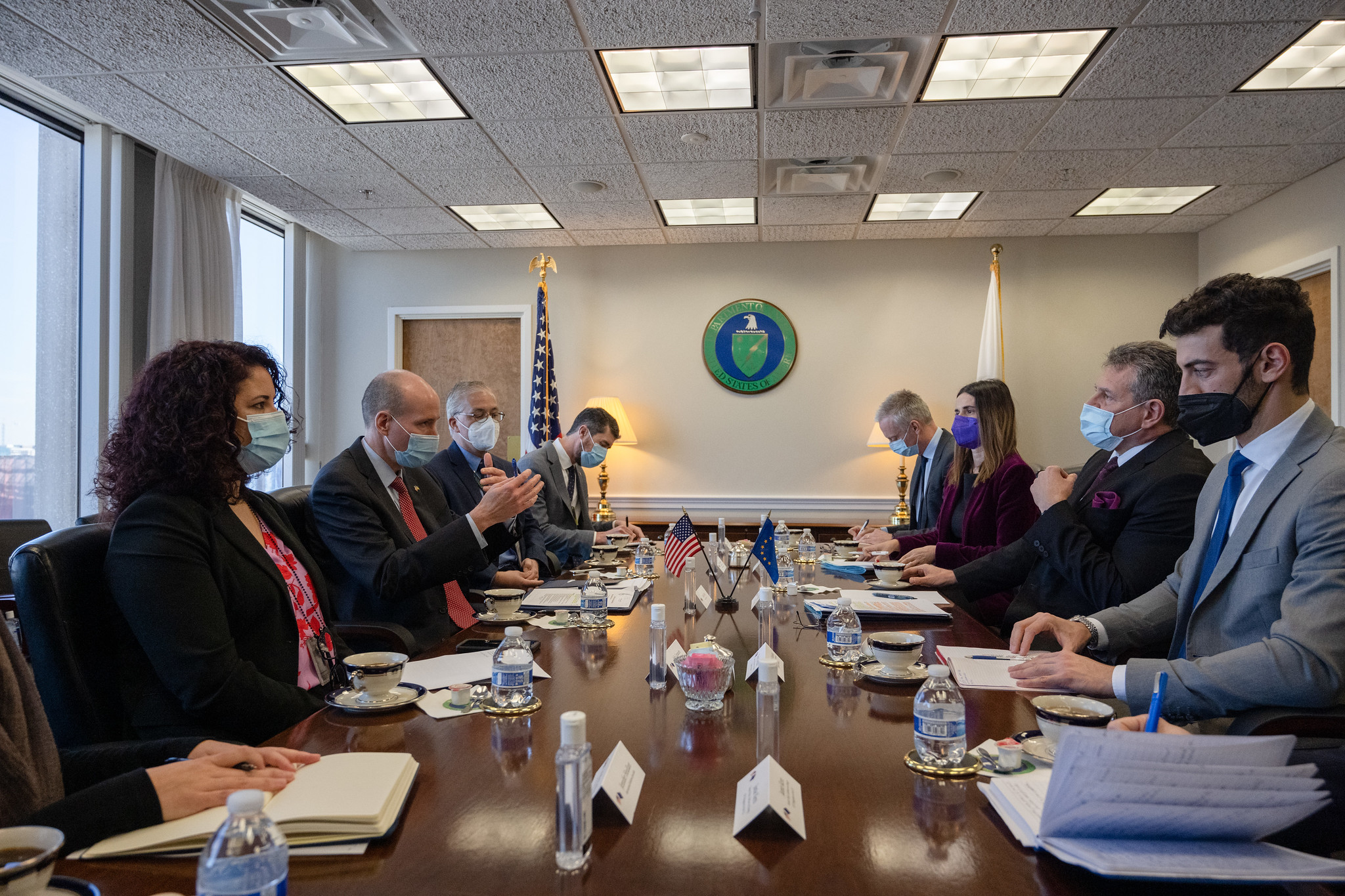 Just a year ago, the European Commission approved 20 projects to improve gas transmission. At the moment, LNG terminals are either being built or commissioned in Belgium, Poland, Croatia and Cyprus, under the EU’s Projects of Common Interest framework “for electricity, gas, oil, cross-border carbon dioxide and smart grids.”

To decarbonize the EU’s economy earlier, gas projects in the EU’s current and fifth Projects of Common Interest list were reduced by “38 percent” compared to the previous list, a progress for which the commission credits the EU’s “decarbonization objectives.”

LNG imports from the U.S. are likely to increase in the next eight years and will stall this progress. Instead, investments to develop and improve the E.U.’s import and transmission fossil-fuel infrastructure to accommodate these increases should be shifted to renewable energy.

With the U.S. the “biggest gas producer in the world,” the E.U. the “second largest consumer” only to the producer, the U.S. is the first sovereign to, perhaps unwittingly, financially benefit from the war between Russia and Ukraine.

Last year, “LNG exports to the E.U. recorded the highest volume, reaching more than 22 billion cubic metres, with an estimated value of €12 billion.”

As the war rages on and sanctions on Russia remains in place, the U.S. position becomes even more enviable as the cost of LNG gas is increasingly no longer based solely on competitive prices but on access to a single presumed secure supplier.

With U.S. LNG production exponentially increasing from the construction of new “liquefaction units,” the E.U. was in good position as a leading consumer, after the U.S. became a supplier here just six years ago. The war has changed the dynamics. Now, as the commission admits, “the United States is already the largest supplier of liquefied natural gas (LNG) to the EU.” 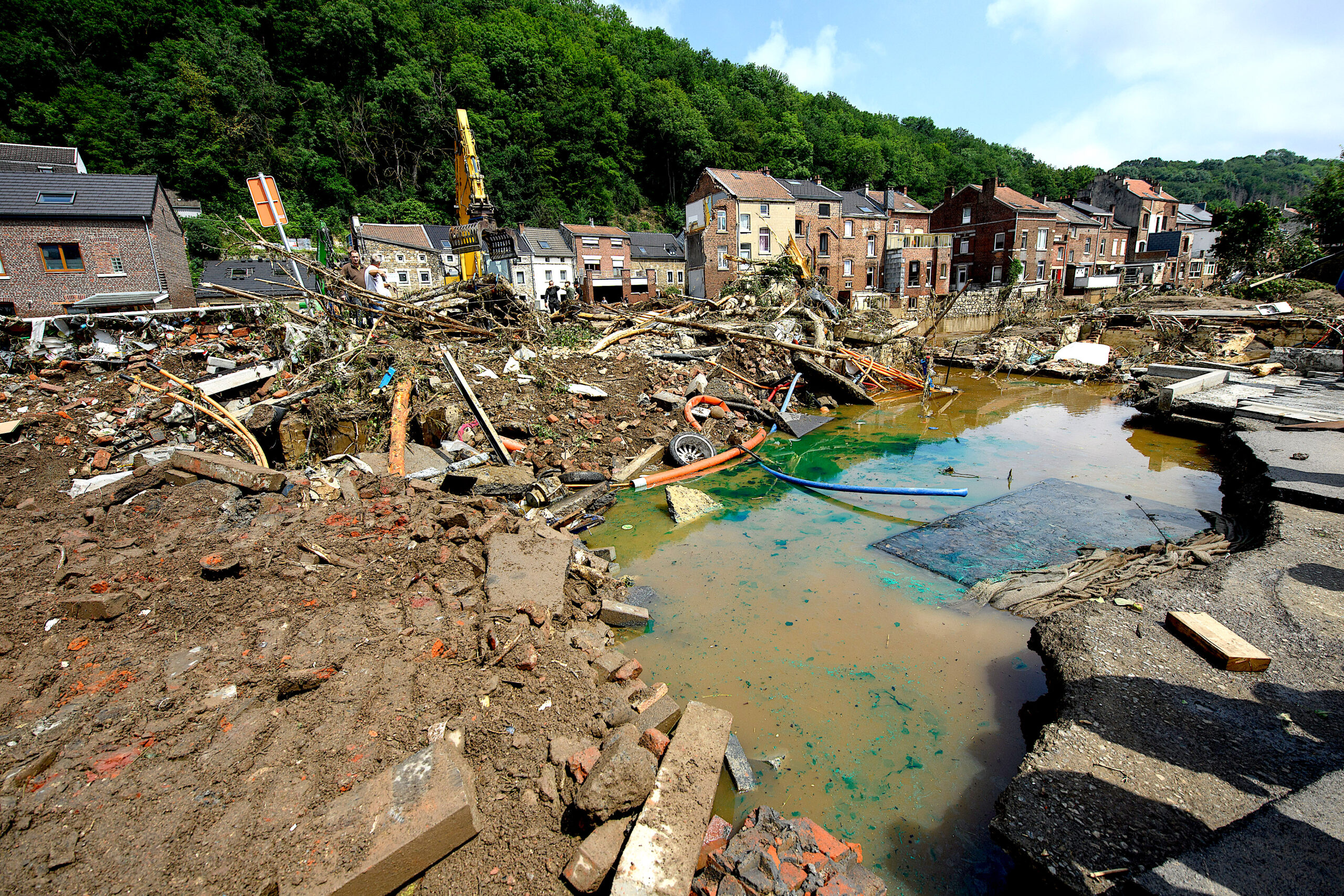 Whereas being a single major market supplier is certainly good for the U.S. economy, it is not for a single major consumer of a commodity now with less price competition. It is a bit of an irony that prior to the war, increasing competition and assuring energy security by diversifying energy supply were reasons given against Russia’s position as Europe’s leading energy supplier.

Now, despite EU and U.S. claims of working with “diverse sources across the globe” to replace Russian supply gas supply to Europe, the reality is that the U.S. seems to have simply replaced Russia.

All this means that the EU now finds itself in a disadvantaged position — in relation to a supplier that continues to fail to make carbon neutrality a national objective as have 27 EU member states. 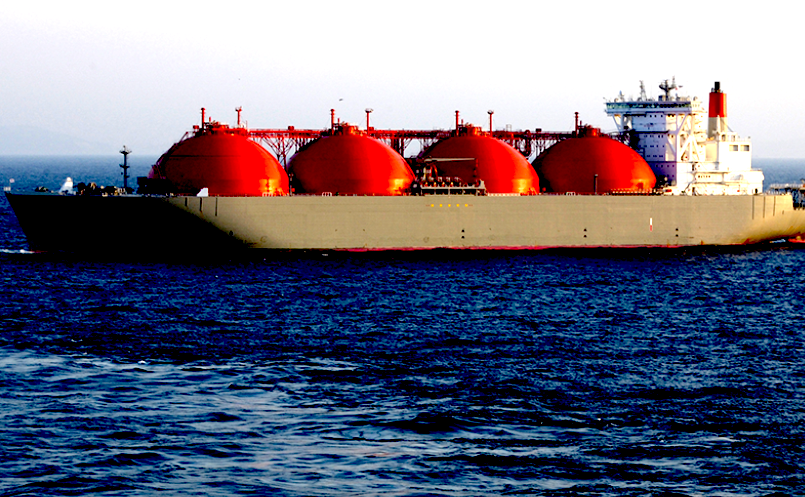 Surely, this is not a good position for the EU to be in: Brussels has been trying to reduce higher electricity bills of Europeans caused by a “price hike” for consumers after wholesale electricity prices increased “by 200 percent” on a yearly basis,” which the EU says was “primarily due to global demand for gas.”

This is all the more concerning since U.S. President Joe Biden has thus far failed to lead the rest of the world on resolving the imminent global climate crisis.

By calling petrol price increases in the U.S. “Putin’s price hike,” Biden is unfortunately and deliberately politicizing a global political crisis as a national energy problem. His effort is betrayed by knowledge held among even the much less informed that Russia, an OPEC member, did not arbitrarily raise U.S. gas prices by some “75 cents.”

It also reveals as it reminds that climate change is politically expedient in the U.S., where more oil is produced than anywhere else in the world.

In short, pumping Europe with an additional 15 billion cubic tons of gas plus a possible 50 billion until 2030, ramping up fossil fuel production in recent years and failing to produce a national climate change plan, all suggest that the U.S. is not and cannot serve as global climate change leader.

The world has been without a steadfast and convincing global leader it needs on climate change for years. Brussels had tried to assume the role and cajole the U.S. and China into action. But with its methane deal, the EU puts itself in a rather awkward position that undermines Europe’s leadership on climate change.

And this will play out with Washington always trying to ascertain whether a call from Ursula von der Leyen, president of the European Commission, relates to gas or climate change. Such soiling of the EU’s reputation on climate change is quite unnecessary and could have been avoided had the commission focused on transitioning to renewable energies, even in times of energy supply crunch.

Perhaps no other global commodity has contributed as long a bloody history to modern economies than oil. And as gas increasingly becomes the new oil – and a “drug” for economies – links between energy and war risk further threats to lives in places where people are already dying from climate change induced heatwaves, sea-level rise, and drought – and well before what climate change models predicted.

It is inconceivable to imagine wars having such profound impacts on energy supply and security as is now the case, if main sources of energy are renewables. This isn’t the first and certainly will not be the last war waged in a far-flung place but yet impact lives farther away.

That reality and the imminent threats posed by climate change impacts should provide sufficient inducement for a more reasoned response to Europe’s present energy crisis. No one can be certain when or how the war will end, but uncertainty is not a prudent excuse for consuming ever more fossil fuel. Instead, it provides an opportunity for change, as people are more than likely to understand and accept the cost.

Michael Davies-Venn is a public policy analyst and communication expert. He works on global environmental governance with focus on climate mitigation and climate adaptation measures between developing and developed regions. He is junior fellow at Vrije Universiteit, Amsterdam.