By declaring referenda in four Ukrainian regions and vowing to defend new Russian territory with all means necessary, Vladimir Putin has created a whole new war. 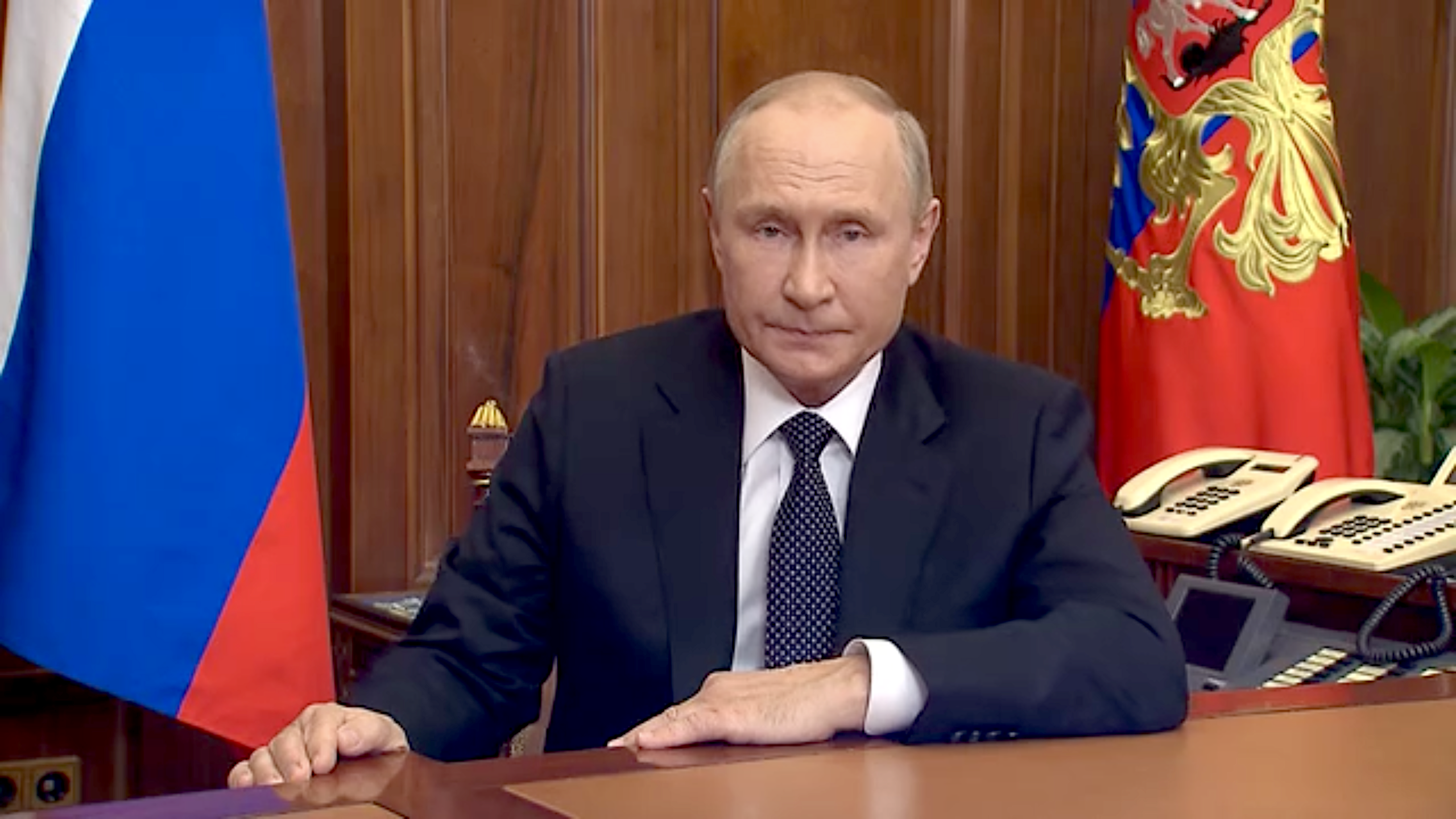 Putin speaking at the Kremlin on Wednesday. (Screenshot/kremlin.ru)

From Russia’s perspective, the war in Ukraine until now has been a “special military operation” intended to defend the self-declared independent republics of Luhansk and Donetsk.

For eight years Moscow had rebuffed entreaties from Donbass to recognize those republics. Now Russia is prepared to absorb them as part of the Russian Federation itself, along with the Kherson and Zaporozhye regions.

On Wednesday in Moscow President Vladimir Putin announced that referenda to decide whether to join Russia would be held in those four places from this Friday until next Wednesday. After that, the Russian Duma must decide whether to accept the results and formally annex those territories into Russia.

All that is expected to happen, and once it does the game on the battlefield will change dramatically.  From Russia’s point of view, it will no longer be assisting the militia of independent republics with Russian regular units against attacks by Ukraine.  It will now be defending Russian territory, against attacks by Ukraine. [The Russian Ministry of Defense said it was mobilizing 300,000 reservists and other soldiers with combat experience.]

But the nuclear warning will surely have Pentagon planners for Ukrainian troops thinking twice about whether to launch major offensives to recapture Ukrainian territory from Russia.

48 comments for “How the War Changed Overnight”