Paul Rogers says that the government of Liz Truss, for all its militarism, will stoke public backlash by ignoring the greatest single threat to global human security. 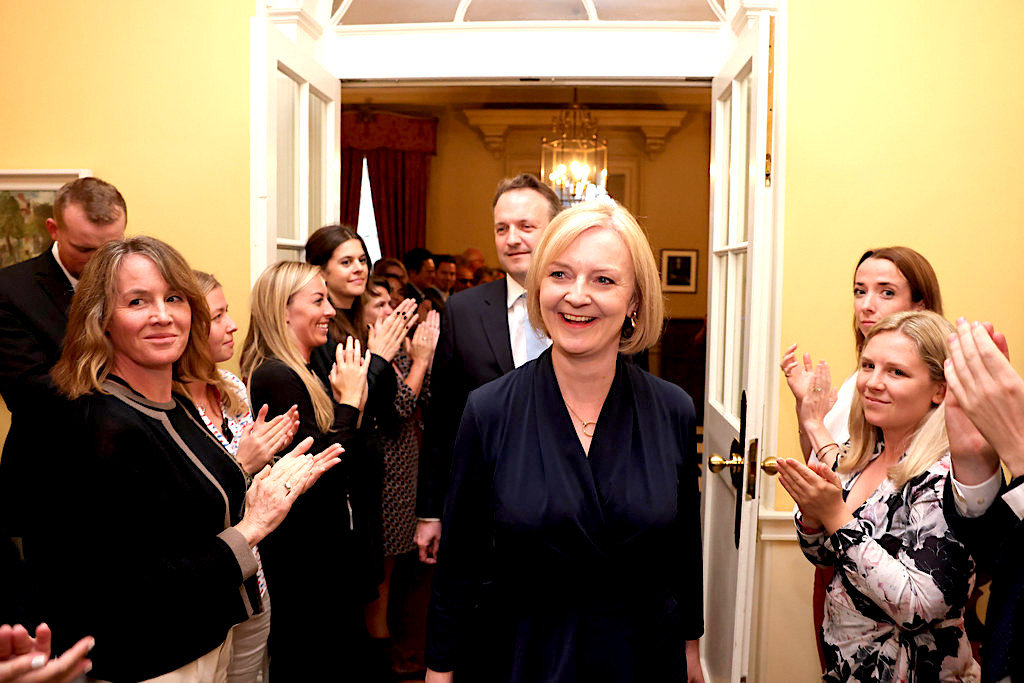 Liz Truss, the U.K.’s new prime minister, places a high premium on loyalty. This is why many former members of the cabinet, however experienced, have been relegated to the backbenches. There is, though, one survivor from the Cameron-Clegg coalition era — Truss herself.

In keeping with her own politics, the market fundamentalism of the Tufton Street brigade is very much in evidence in her choices of both ministers and advisers — and in her response to the energy crisis. This will be met by a price cap, but that will be achieved by loans of up to £130bn that will have to be repaid by the public, with the massive profits of the fossil carbon corporations scarcely affected.

Meanwhile, the obscene maldistribution of wealth in the U.K. continues. The country’s billionaires have now accumulated more than £600bn of wealth, with the top 10 on the Sunday Times Rich List amassing £176bn between them – but perish the thought that wealth redistribution or even windfall taxes should be mentioned in polite company.

This issue of who pays extends to a major element of Truss’s wider politics: defence policy. A key context, much in tune with grassroots Tories, is that the U.K. is one of the world’s great powers, to be demonstrated by increasing military spending to 3 percent of national income by 2030. This is the biggest hike since the 1950s, even though military spending went up under Boris Johnson, largely by diverting money from the international aid programme.

Truss’s plan goes very much further. According to a leading defence economist, professor Malcolm Chalmers from the Royal United Services Institute (RUSI), this substantially increased spending will run to an additional £157bn at current prices. Chalmers points out that unless there are even more cuts in public spending, this would require income tax to increase by 5p in the pound, or for the standard VAT rate to rise from 20 to 25 percent.

Even if this were to be achieved, it leaves unsolved the much bigger issue of whether Britain’s current defence posture is relevant to the security challenges ahead, not least in terms of recent performance, let alone monetary efficiency. 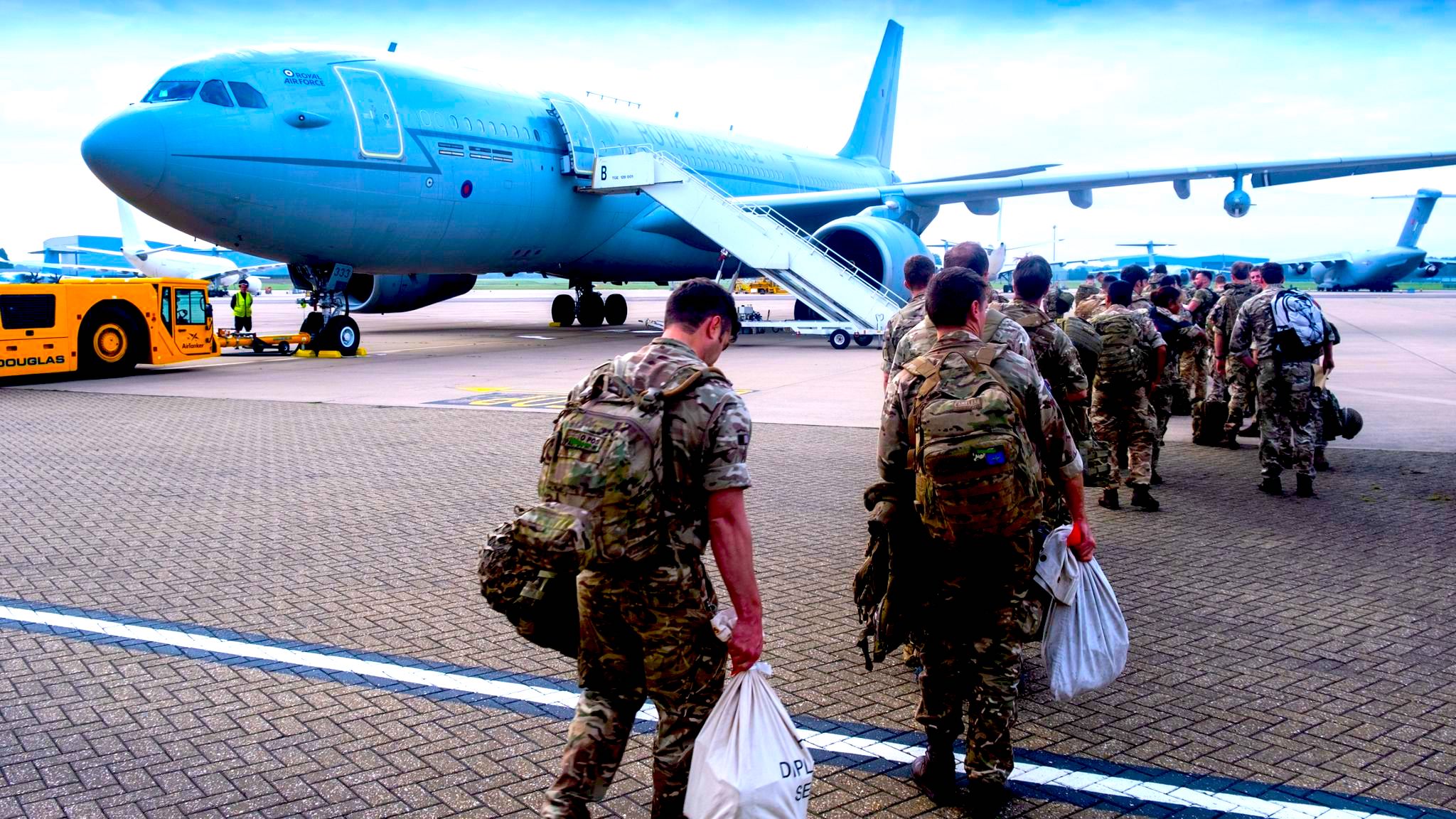 British soldiers deploying to Kabul to assist in the NATO withdrawal on Aug. 13, 2021. (Ministry of Defence, Wikimedia Commons)

On the issue of performance, the evidence is damning. During the past two decades, the U.K. has been a core player in three failed wars and one that is currently failing.

Of the failed wars, the longest has been the 20 years of the Afghanistan war, but the Iraq conflict has been similarly disastrous, with violence and instability continuing and a violent death toll currently standing at 288,000, the great majority of them civilians.

The 2011 Franco-British war in Libya left a deeply unstable and volatile country serving as a conduit for extreme paramilitaries and weapons spreading across the Sahel. Even the presumed defeat of ISIS in the 2014-18 air war has turned out to be anything but, as groups linked to ISIS and Al Qaeda grow elsewhere, especially in northern and eastern Africa.

As to efficiency in the U.K. military-industrial complex, this is little short of a joke. The lack of efficiency has shown itself repeatedly, with persistent cost overruns, long delays in programmes and embarrassing failures of highly expensive new items, the recent breakdown of HMS Prince of Wales being just the latest case.

The U.K.’s National Infrastructure Authority has done its best for years to keep tabs on dodgy programmes. Four years ago, these reached a peak when five systems under development and collectively costed at just short of £16bn were all red-flagged (at risk of collapse) at the same time.

Part of the problem is that Britain’s military-industrial complex is very much a closed system that requires enemies in order to thrive and, if need be, can always resort to appeals for patriotism. It is a thoroughly integrated system comprising the military, arms manufacturers, civil servants, think tanks, security and intelligence agencies and university departments, with trades unions necessarily looking out for their members.

Truss’ defence stance, however unaffordable, will go down very well in these circles. It is, after all, nothing new. Five years ago, when Boris Johnson was foreign secretary, he gave that year’s Tory party conference his “let the British lion roar” speech, all about a renewed greatness rooted in the military.

Eighteen months later came the retro-fantasy of a new global Britain favoured by Gavin Williamson during his brief sojourn at the Ministry of Defence. This quasi-imperial, post-Brexit lurch, just like Johnson’s speech, is likely to be reeled out in the months ahead, with enemies such as Russia, China, Islamists and others all serving to remind the public of the need for strong defence.

Ordinarily, this might be expected to work, but there is one very awkward element that suggests otherwise. It also stands to cause Truss really serious problems. 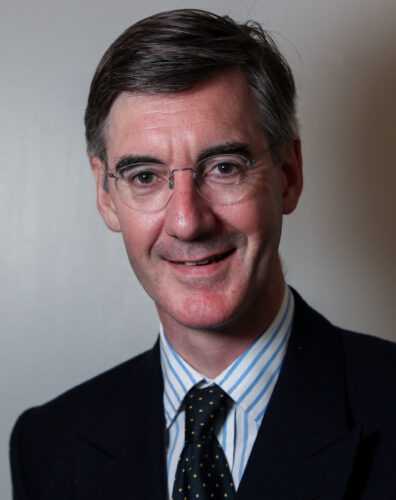 One aspect of her political make-up that was evident during the leadership campaign is an almost total ignoring of the challenge of climate change, reinforced last week by her decision to promote an arch-climate sceptic, Jacob Rees-Mogg, to the energy brief.

This should come as no surprise. After all, when the Tories won an overall victory in the 2015 election and were no longer encumbered with the Lib Dems, they immediately took an axe to many of the decarbonising initiatives advocated by Labour before 2010 and maintained by the Lib Dems during the five-year coalition.

These included reducing support for solar power and electric vehicles; stopping subsidies for onshore wind while increasing them for North Sea oil; privatising the Green Development Bank; and scrapping the “zero carbon homes” plan due to ensure all new homes would be carbon-neutral from 2016.

These lost the U.K. years in decarbonisation, making the current energy crisis even worse.

What is perhaps forgotten is that the environment minister at the time was a rising young Tory politician by the name of Liz Truss.

Now, we have an entire government minimising the climate crisis just when it is becoming blindingly obvious that it is the greatest single threat to global human security.

The government may ignore this but the people won’t – and we can be certain that it will emerge rapidly, before the next general election, to be a focus of mounting public anger and action that will far transcend the activities to date of Extinction Rebellion and other activist and campaigning groups.

Even as we face a recession and a winter of crisis for so many people, this may yet come to be the defining crisis of Truss’s time in Downing Street.

Paul Rogers is emeritus professor of peace studies in the Department of Peace Studies and International Relations at Bradford University and an honorary fellow at the Joint Service Command and Staff College. He is openDemocracy’s international security correspondent. He is on Twitter at: @ProfPRogers.

← How the War Changed Overnight
SCOTT RITTER: Reaping the Whirlwind →

10 comments for “Truss Brews Tempest While Spending on ‘Defense’”