Phil Miller introduces a film probing the role of British foreign policy in contributing to the atrocity. 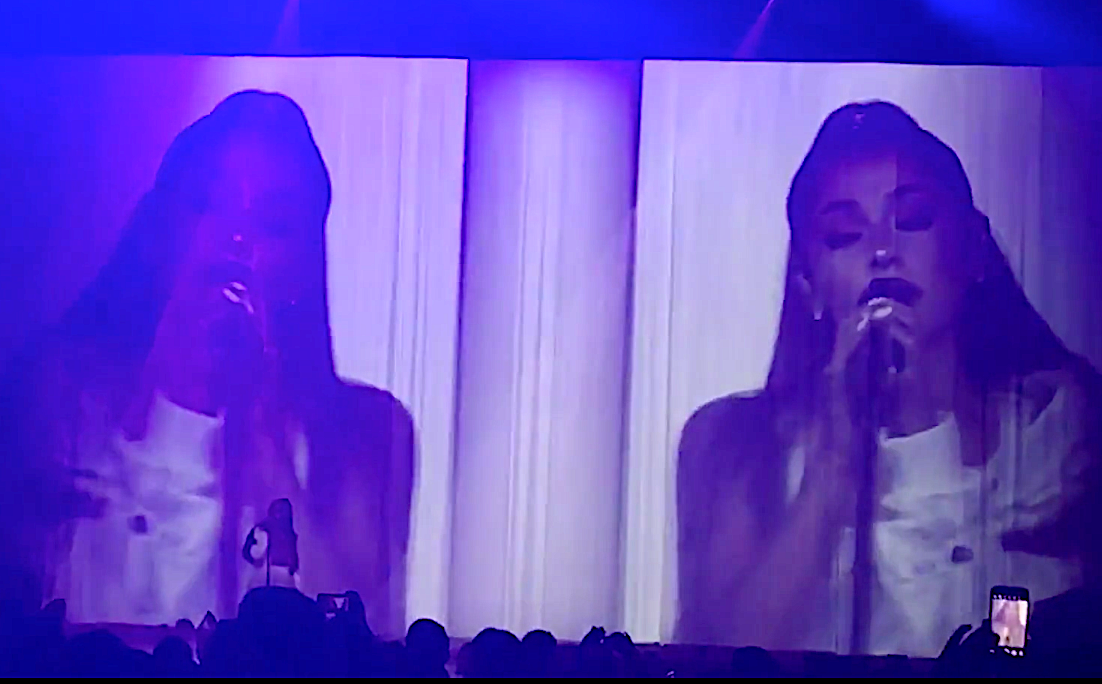 Still from Declassified UK documentary “Blowback:  The Road to Manchester.”

The father of the youngest person to be killed in the Manchester Arena attack believes the government and MI5, the domestic military intelligence service, “have blood on their hands” for failing to prevent the suicide bombing.

Salman Abedi, a British man of Libyan heritage, murdered 22 people at a pop concert in May 2017. The Islamic State terrorist group claimed responsibility.

Andrew Roussos, whose 8-year-old daughter Saffie-Rose died in the atrocity, says counter-terrorism police “should be embarrassed of themselves” over their monitoring of Abedi and his family.

Roussos also accuses the British authorities of “using them for their own gain” in a reference to how the Abedi family fought on the same side as NATO forces during the uprising against Libyan leader Muammar Gaddafi in 2011.

He made the remarks in an interview for the documentary, Blowback: The Road to Manchester. 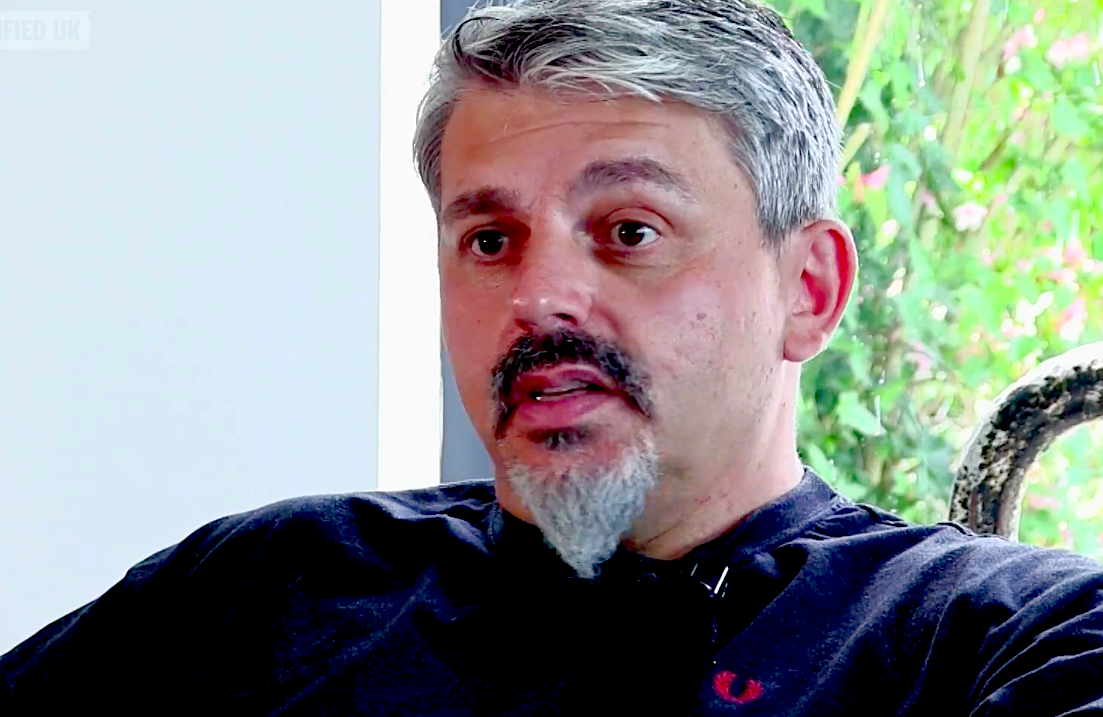 Unlike other documentaries about the Manchester Arena attack, which tend to focus on failures by the emergency services in the hours before and after the bombing, Blowback examines the longer-term political causes of the tragedy.

Produced by myself and presented by Mark Curtis, the author of Secret Affairs: Britain’s Collusion With Radical Islam, the film traces the links between the bomber’s family and U.K. foreign policy towards Libya.

We investigate the claim made days after the attack by the Labour Party’s then leader, Jeremy Corbyn, that there were connections between terrorism at home and wars Britain had fought abroad – something that at the time was deemed controversial. 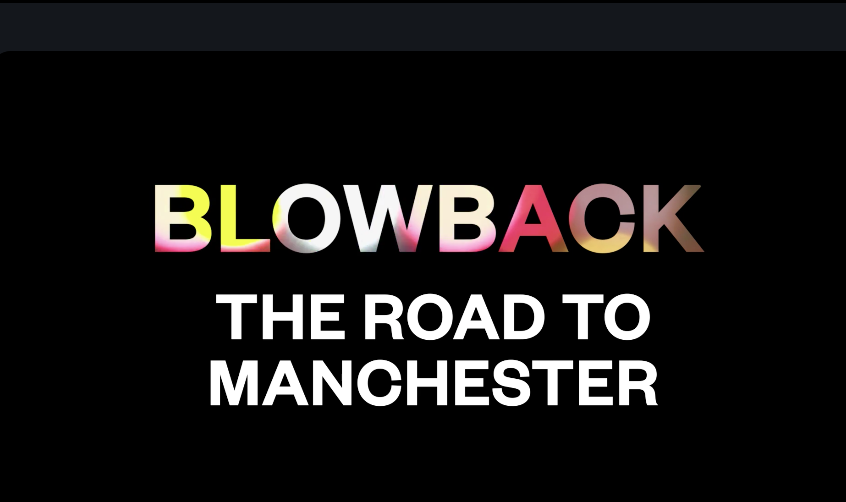 The U.K. Home Office allowed a wave of Libyan dissidents to settle in Manchester in the aftermath of the 1988 Lockerbie bombing, which the West blamed on Gaddafi’s regime.

Among these exiles was Salman Abedi’s father, Ramadan, who arrived in the city in 1993 having fought in Afghanistan on the same side as Osama Bin Laden.

Ramadan Abedi was a supporter of the Libyan Islamic Fighting Group (LIFG), a militant organisation associated with Al Qaeda.

Kenny MacAskill MP, who handled the Lockerbie file when he was Scotland’s justice secretary, tells the film, “Britain wasn’t acting against them because the focus was Gaddafi.”

Blowback explores the complex relationship between the LIFG and British intelligence, who initially supported the group in a plot to kill Gaddafi. After 9/11, MI6 switched sides and handed over the LIFG’s leadership to be tortured in Libya, as part of former Prime Minister Tony Blair’s “deal in the desert.”

A lawyer for the Roussos family, Pete Weatherby QC, says Cameron’s government had “an incredibly stupid and naïve British colonial approach to my enemy’s enemy is my friend. So they completely blank out who they are backing.”

Among the LIFG veterans fighting alongside NATO was Ramadan Abedi, accompanied by his three teenage sons Ismail, Salman and Hashem.

Weatherby, who works at barristers’ chambers Garden Court North in Manchester, believes Salman Abedi “was radicalised by the people he was almost certainly knocking around with” in the 2011 conflict. “There was the experience of extreme violence and all that comes with it, death and injury,” he said. 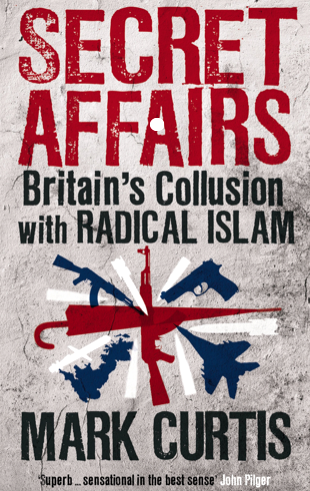 Islamists failed to win a majority at elections that were held in Libya after Gaddafi’s death. However, they refused to disarm their militias, sending the country into another round of civil war. The chaos provided fertile ground for Al Qaeda and the Islamic State terrorist group.

The Abedi family continued travelling between Britain and Libya during this civil war. The Royal Navy evacuated Salman and Hashem from Tripoli in 2014. Once back in Manchester, MI5 overlooked the Abedi brothers’ increasing links to IS.

Commenting on British policy towards young men going to fight in Libya, Andrew Roussos tells us: “I don’t understand the reasons why, when you do bring them back to this country and you do know what these people are involved in, not to have a close eye on them. That’s what I can’t swallow.”

Curtis traces the bomber’s movements in the years leading up to the attack. He navigates viewers through a wall of silence from MI5, the Home Office and even, at times, the official inquiry, to show how many opportunities there were to prevent the massacre.

MacAskill, who oversaw the U.K.’s second largest police force, draws a disturbing parallel between British state collusion with terrorist groups in Northern Ireland and their haphazard handling of the Abedi family. He comments: “The fact that Libyans would be allowed to come and go, some would be let in and out. None of that surprises me.”

The film, released last month, comes at a volatile time in Libya, where in early July protesters torched a parliament building. The country is split between two prime ministers.

One of them, Fathi Bashagha, recently told the House of Commons Foreign Affairs Committee: “More than a decade after the revolution that got rid of the Gaddafi regime…we are still in chaos.”

Bashagha claimed that his British-backed rival, Abdul Hamid al-Dbeibeh, is “sitting in Tripoli protected by a limited number of militias, some of which are believed to be linked to international terrorist groups.”

← WATCH: Ukraine — Causes & Solutions
Caitlin Johnstone: If Everyone Is King, No One Is →