Small farmers are the world’s primary food providers. Adele says it’s imperative for policymakers to listen to them, not the big corporates. 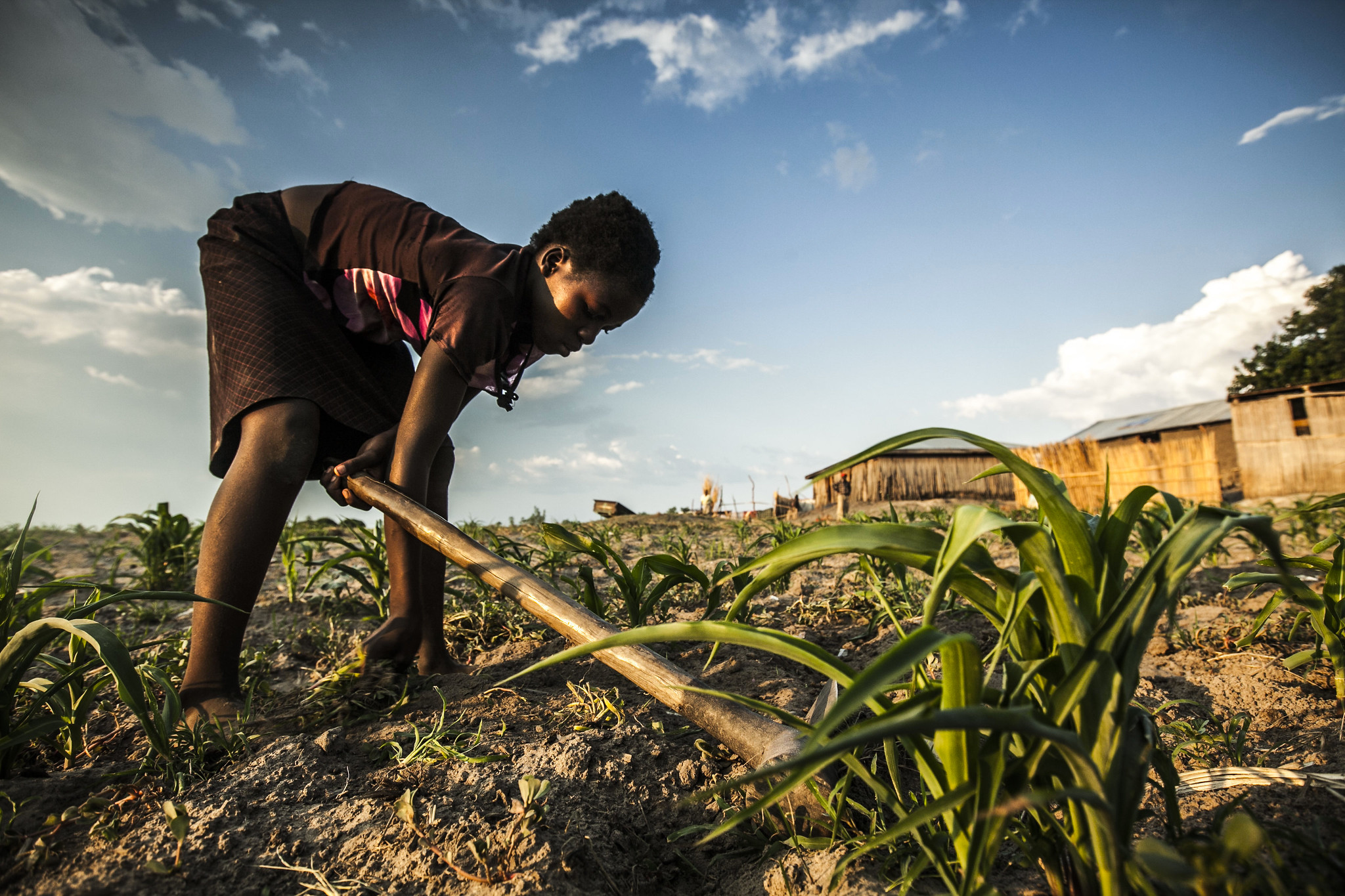 Worsening harvests, infertile soil and increasing food poverty are affecting the majority of small farmers across the globe, especially in the Global South. But the climate and food crises are not isolated phenomena. They are the result of a global capitalist system – and a neoliberal agenda – that has prioritised big corporate agricultural profits over people and the planet.

“Most farmers can no longer produce adequate food for their families,” says Vladimir Chilinya. “Profit-making entities control our food systems… including the production and distribution of seed.”

Chilinya is a Zambian coordinator for FIAN International, an organisation that campaigns for the democratisation of food and nutrition.

Worsening harvests, infertile soil and increasing food poverty are affecting the majority of small farmers across the globe, especially in the Global South. Wheat prices have surged by 59 percent since the start of 2022. 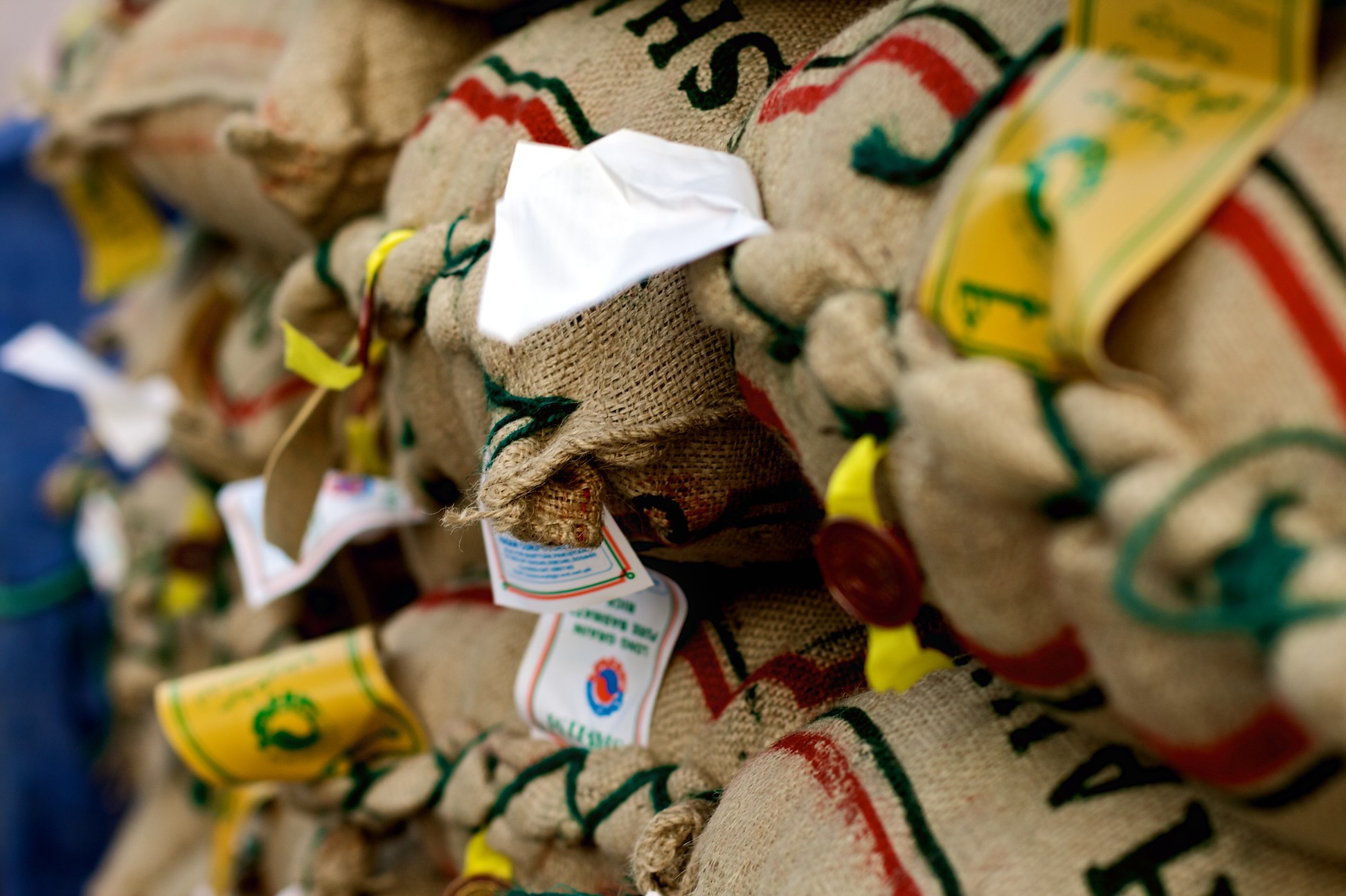 In May, U.N. Secretary-General Antonio Guterres warned that the number of people living in famine conditions has increased by more than 500 percent since 2016, and more than 270 million people are now living in extreme food insecurity.

While Russian President Vladimir Putin’s invasion of Ukraine [and Western sanctions on Russia] has exacerbated this crisis (Russia and Ukraine account for 30 percent of the world’s wheat exports, constituting 12 percent of traded calories), climate change and capitalism are the primary engines behind this global food emergency.

The IPCC has estimated that by 2030, global warming will have diminished the world’s average agricultural production by more than a fifth. In Zambia, the maize harvest for 2021/22 is expected to be down by a quarter, thanks to droughts and flash floods between 2019 and 2021, according to the Ministry of Agriculture.

Meanwhile, India and Pakistan experienced their highest recorded temperatures in March and April since records began 122 years ago. India has since banned wheat exports (after the government failed to buy enough wheat to cover its food security programme), which has further exacerbated the global wheat shortage and soaring global food prices.

But the climate and food crises are not isolated phenomena. They are the result of a global capitalist system – and a neoliberal agenda – that has prioritised big corporate agricultural profits over people and the planet.

This process really took shape during the so-called “Green Revolution” in India in the late 1960s. This movement was a collaboration between India and the U.S. (with USAID and the Ford Foundation being key actors) and was dependent on agrochemical usage and intensive plant breeding.

High-yielding hybrid crops were introduced – the main one being IR8, a semi-dwarf rice variety – alongside the use of fertilisers, pesticides and lots of groundwater (these high-yielding crops required a lot more water). Calorific food was valued over nutrition, and these foods had costly inputs.

This shift towards big agriculture and more profitable monocultures made small farmers more dependent on expensive chemical fertilisers, forcing them into ever greater levels of debt. In India, 10,677 agricultural workers were reported to have taken their own lives in 2020, many of them farmers trapped by mounting debts resulting from the high costs of these farming inputs. 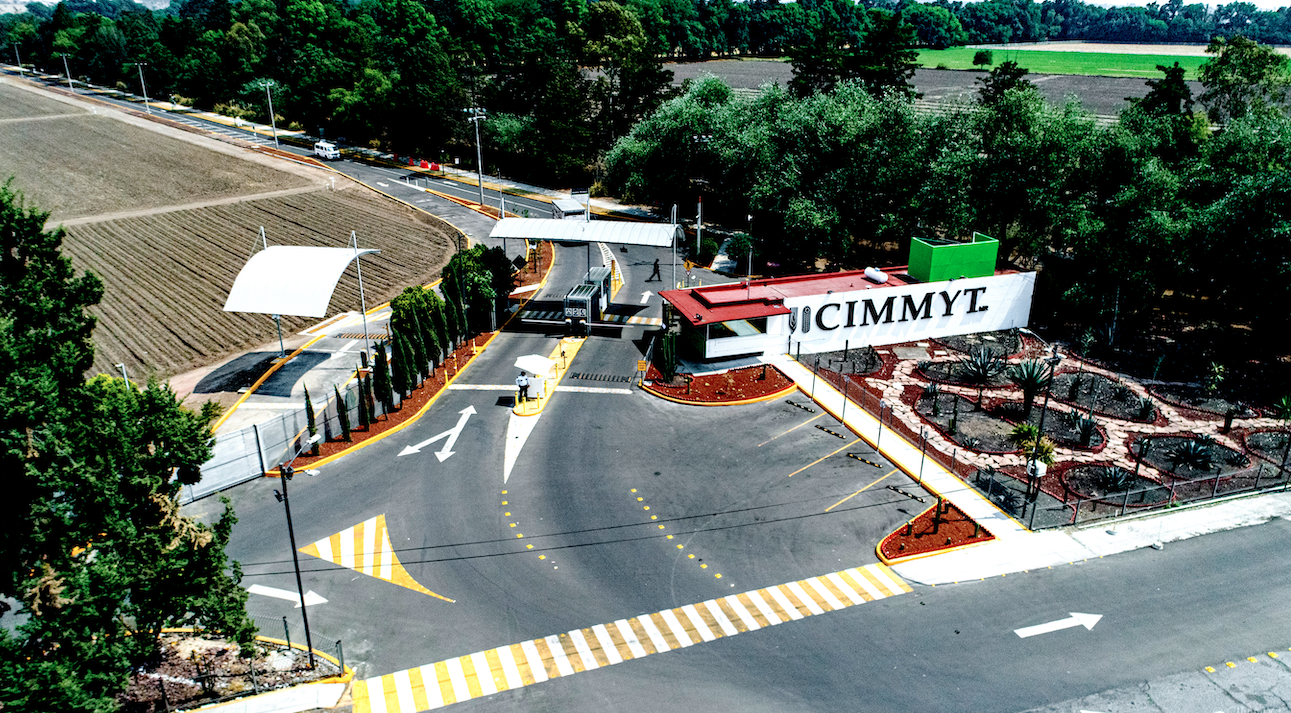 Unfair terms of trade and global lending – enforced by multilateral financial institutions such as the World Bank and the International Monetary Fund (IMF) – are also to blame.

Structural adjustment programmes (SAPs), introduced by the World Bank following the debt crisis across Latin America and Africa after the 1979 oil crisis, coerced poorer countries into privatising their public sectors and reducing their welfare mechanisms.

Adhering to strict policy packages in nearly every key sector – from agriculture to education and healthcare – became compulsory in exchange for any future loans from the bank or the IMF.

SAPs meant indebted countries across the Global South had to convert from prioritising indigenous crops that the local population depended on, to producing cash crops for export. As a result, local populations and farmers became more vulnerable to food scarcity – due to the negative ecological effects and decline in food accessibility.

In Zambia, for example, the structural adjustment agenda included the privatisation and liberalisation of the seed system. It began with the liberalisation and deregulation of ZAMSEED in the mid-1990s, which led to a decline in support for farmer cooperatives. In addition, the priority of maize as a cash crop has led to a decline in crop variety, meaning the local population has fewer food sources available.

“Under recent policy changes, priority is given to maize production. This is one of the key drivers for monocropping, which is responsible for the reduction in varieties of available foods in Zambia,” Chiliniya from FIAN told openDemocracy.

FIAN is documenting how the corporate control of agriculture is weakening food security. Seed systems have gone from being cooperative-led (which gives farmers more agency and fair prices) to being corporate-led (which prioritises profits).

“Farmer-managed seed systems have been replaced by commercial seed systems,” Chilinya said. “Most smallholder farmers are unable to purchase seeds at the commercial price and hence they cannot grow any food.”

These commercial seeds are also more vulnerable to extreme weather conditions. “Most people focus on cash crops at the expense of other crops that are more resilient to extensive weather changes. In the wake of extreme weather changes like those experienced in 2020 and 2021, the country falls into a food shortage,” added Chiliniya. According to the World Food Programme (WPF), 48 percent of the Zambian population is unable to meet minimum calorie requirements. 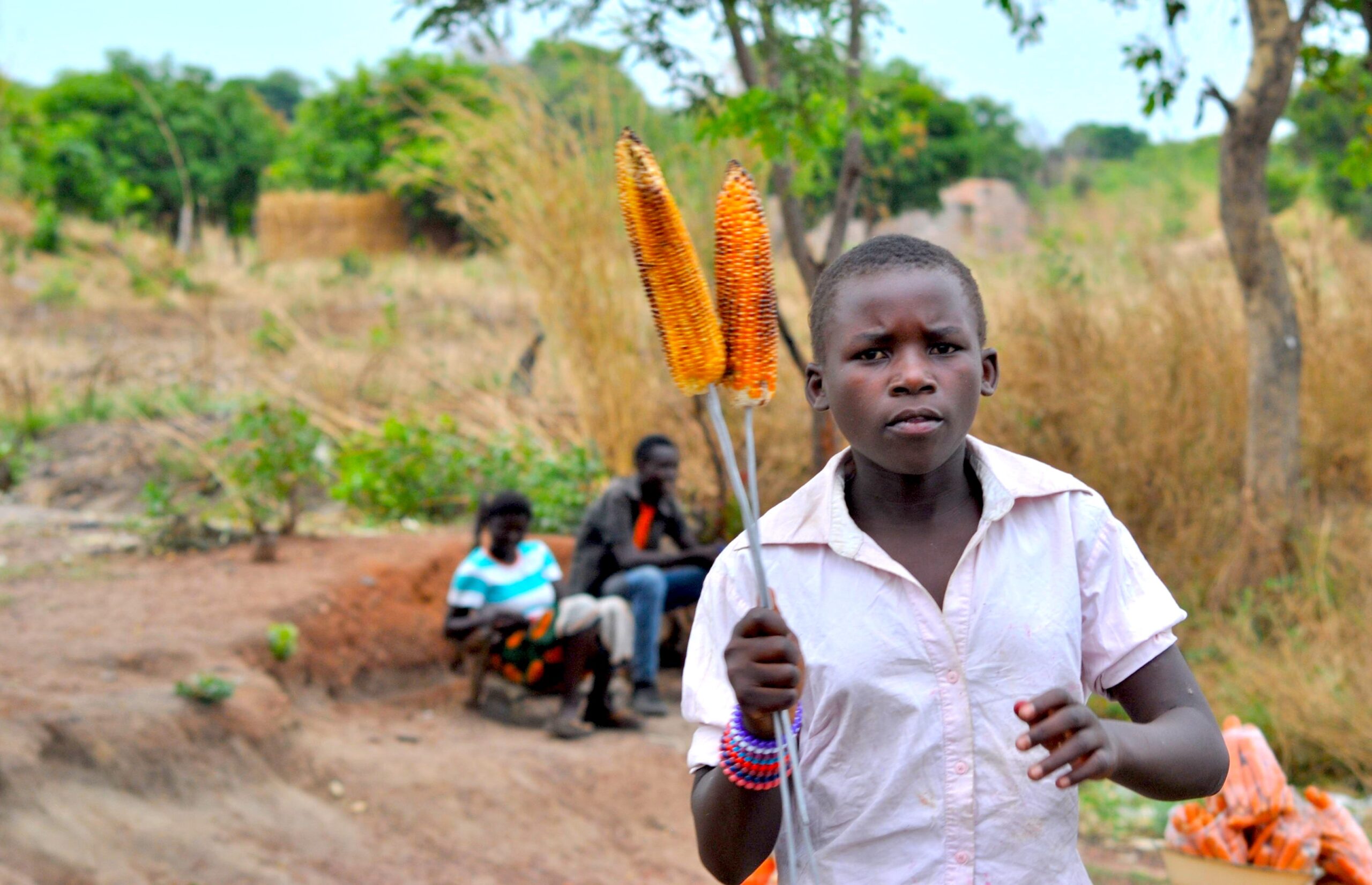 As in Zambia, the disastrous legacy of SAPs is to blame. In 1980, Kenya was one of the first countries to receive a structural adjustment loan from the World Bank. It was conditional on reducing essential subsidies for farmer inputs, such as fertilisers. This process instigated a shift towards farming cash crops for export, such as tea, coffee and tobacco, instead of farming key staples for the local population, such as maize, wheat and rice.

“Agricultural inputs that were previously provided to farmers free of charge went into the hands of private entities under the guise of efficiency,” Odongo explained. “This has resulted in smallholder farmers being abandoned to the mercy of transnational corporations in the seed and agrochemical industry, which dupe farmers with information about seeds and chemicals.”

A recent report by Save the Children and Oxfam found that 3.5 million people in Kenya are already suffering crisis levels of hunger – and this is likely to rise to 5 million. Meanwhile, only 2 percent of the $4.4 billion required in humanitarian aid (for Kenya, Ethiopia and Somalia) has been funded.

Structural adjustment has made Kenya into a food exporter. In the country, malnutrition remains concerningly high, with 29 percent of children in rural areas and 20 percent of children in cities being stunted. Despite experiencing deficits which threaten its population’s food security, Kenya remains a vital food exporter, with major exports in tea, coffee, vegetables and cut flowers.

In Zambia, FIAN is helping small farmers return to indigenous farming practices and seeds to build resilience and improve food security. By diversifying food systems and abandoning monocultures, small farmers can continue to provide enough food for their communities, and at lower costs.

These small farmer movements are up against “Big Philanthropy,” such as the controversial Alliance for a Green Revolution in Africa (AGRA), funded by the Bill & Melinda Gates Foundation, which is replicating the Green Revolution corporate-first strategy.

Still, they hope their struggle to decommodify and rebuild a sustainable relationship with the land can help realise the U.N.’s second sustainable development goal: ending hunger by 2030.

Adele is a freelance writer and content creator specialising in politics, global inequality and culture.

This article is from Progressive International.

4 comments for “The System Is Causing Food Crisis, Not the War”