Fresh off his spectacular show in Washington on Tuesday, the famed musician Roger Waters addressed a rally for the imprisoned WikiLeaks publisher outside the Department of Justice on Wednesday.

“Effectively we’re prisoners too. It’s not just Julian. We’re prisoners because we’re not getting the information we need. Julian’s imprisonment is deeply tied to our own. It’s not just about those Iraqi journalists who were targeted; it’s not just simply Julian; it’s about the possibility of us getting truth about every issue under the sun”. 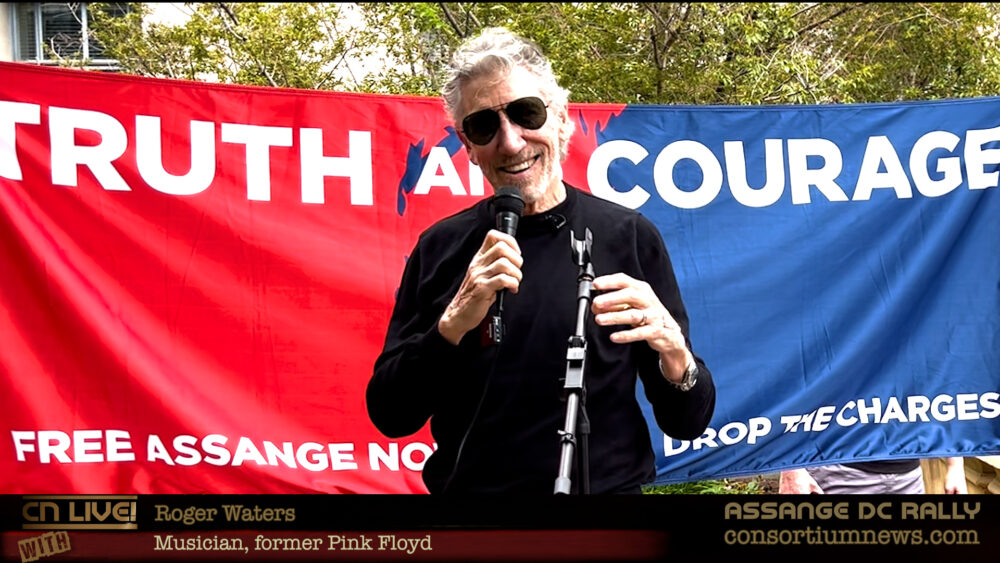