Marjorie Cohn details why this case goes beyond the issue of a no-knock warrant and why those working to abolish the prison system did not celebrate the indictment. 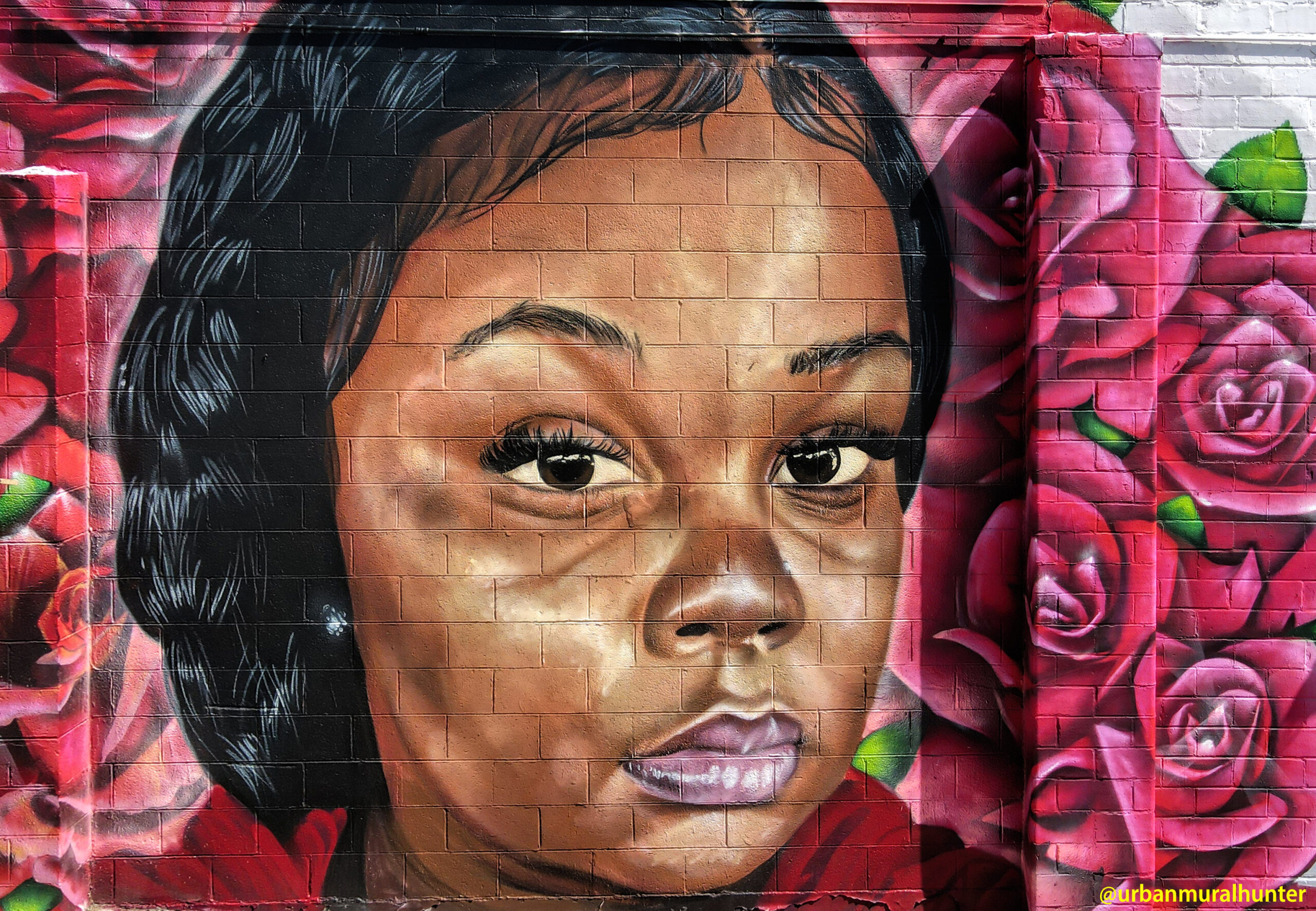 The March 2020 killing of Breonna Taylor, which caused widespread protest around the country, was the result of police lies to obtain a warrant and racist police violence after officers forced their way into her apartment.

On Aug. 4, the Department of Justice (DOJ) announced the federal grand jury indictments of four Louisville Metro Police officers involved in the raid that resulted in Taylor’s death.

Three of the officers were accused of violating Taylor’s Fourth Amendment rights to be free from unreasonable search and seizure by lying to secure a no-knock warrant. The officers who sought the warrant “knew that the affidavit used to obtain the warrant to search Taylor’s home contained information that was false, misleading, and out-of-date; that the affidavit omitted material information; and that the officers lacked probable cause for the search,” the indictment reads.

One of the defendants tried to get another officer to lie and say he had previously told him that a drug dealer (Taylor’s ex-boyfriend) had used her apartment to receive packages. An officer apparently broke the ubiquitous police code of silence and revealed to prosecutors that his fellow officer asked him to lie.

A judge issued a no-knock warrant based on the officers’ misrepresentations. The warrant specified that they did not have to knock and identify themselves as police before entering the apartment.

This case has widely been characterized as a “no-knock” warrant incident. But before police actually conducted the search, the court issued another warrant that required them to knock and announce their presence. The issue that led to their indictment is that the police officers lied to get the warrant.

Taylor and her boyfriend Kenneth Walker were in bed when they heard a loud banging on the door. They asked who was there, fearing it was Taylor’s ex trying to break in. But they never heard the police identify themselves. The officers claim that they knocked several times and identified themselves as police officers before entering.

The police used a battering ram to break down the door and Walker fired a gun (which he lawfully possessed) once, striking an officer in the thigh. Officers then fired several shots, hitting Taylor five times. Officer Brett Hankison shot 10 rounds into a bedroom and living room covered with blinds and a blackout curtain. No drugs were found in Taylor’s apartment.

Louisville Sgt. Kyle Meany and Detectives Joshua Jaynes and Kelly Hanna Goodlett were charged with making or adopting false statements in the affidavit to obtain the search warrant. Jaynes and Goodlett were accused of conspiring to falsify the affidavit. Hankison was charged with depriving Taylor, her boyfriend and neighbors of their Fourth Amendment rights by firing 10 bullets into a bedroom and living room. The only officer to be charged in state court, Hankison was acquitted of wanton endangerment of neighbors. 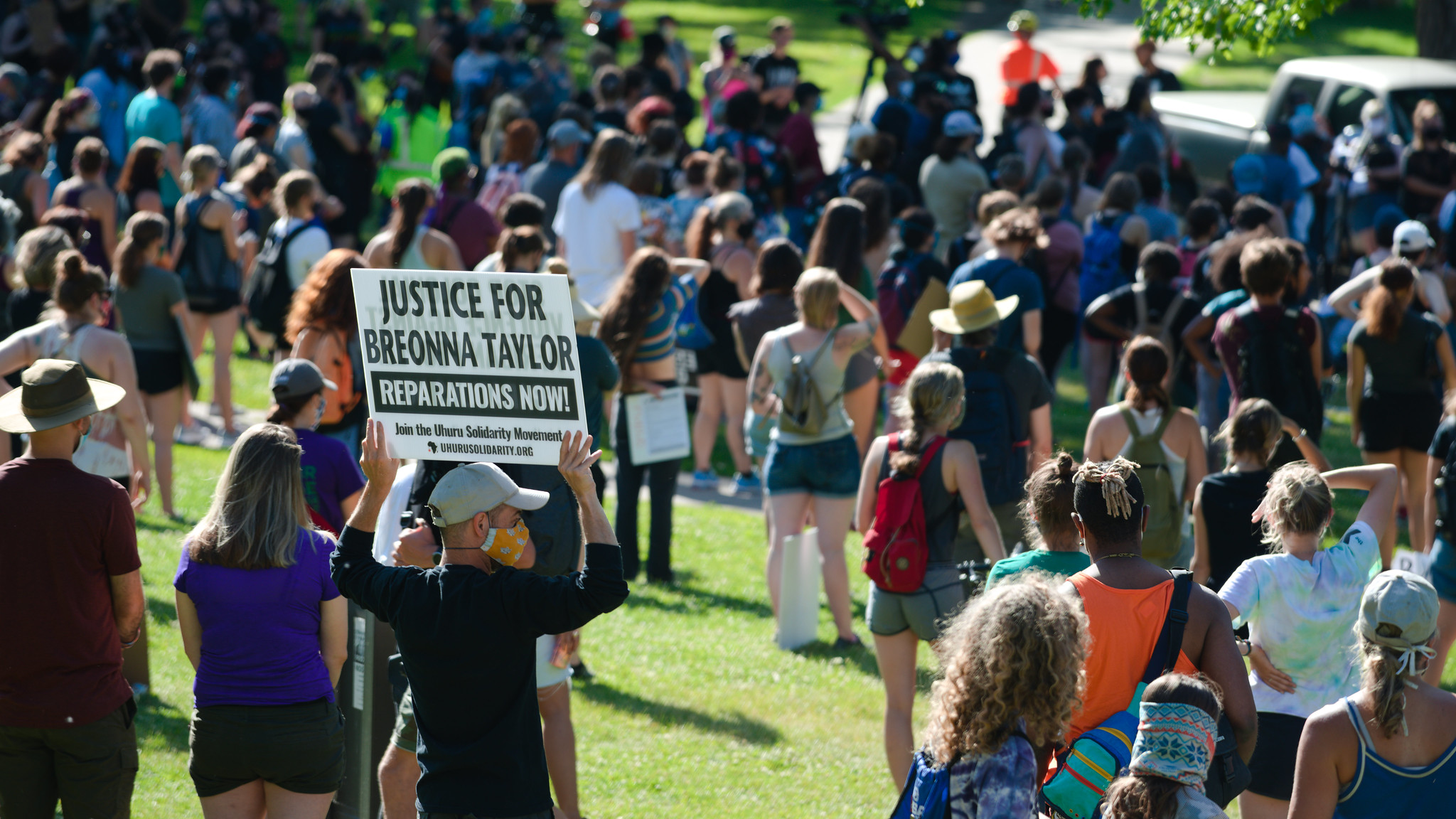 But those working to abolish the prison system did not celebrate the indictment. Chanelle Helm, co-founder of Louisville Black Lives Matter, said that she understands why people are calling for arresting the officers. But, she added, “If we’re asking for the officers to be arrested that’s contrary to abolition work.”

Abolitionist group Critical Resistance points out that prosecuting police who have killed and abused civilians fails to reduce the scale of policing, and instead “ reinforces the prison industrial complex by portraying killer/corrupt cops as ‘bad apples’ rather than part of a regular system of violence, and reinforces the idea that prosecution and prison serve real justice.”

The bottom line is that real justice cannot come without a full reckoning with the system itself, which is grounded in centuries of oppression.

In March 2021, the International Commission of Inquiry on Systemic Racist Police Violence Against People of African Descent in the United States (for which I served as a rapporteur) found “a pattern and practice of racist police violence in the U.S. in the context of a history of oppression dating back to the extermination of First Nations peoples, the enslavement of Africans, the militarization of U.S. society, and the continued perpetuation of structural racism.”

The 188-page commission report details how Black people are targeted, surveilled, brutalized, maimed and killed by law enforcement officers, and concludes that “the brutalization of Black people is compounded by the impunity afforded to offending police officers, most of whom are never charged with a crime.” The overarching problem is structural racism embedded in the U.S. legal and policing systems.

If police knowingly or recklessly include false statements in an affidavit to obtain a search warrant, any evidence seized pursuant to the warrant will be suppressed. But that remedy provides no solace to people like Breonna Taylor who are killed as a result of systemic racist police violence.