Adam Ramsay says rural land in the U.K. is privately owned, publicly funded and run largely for the rich, in ways that worsen climate breakdown. 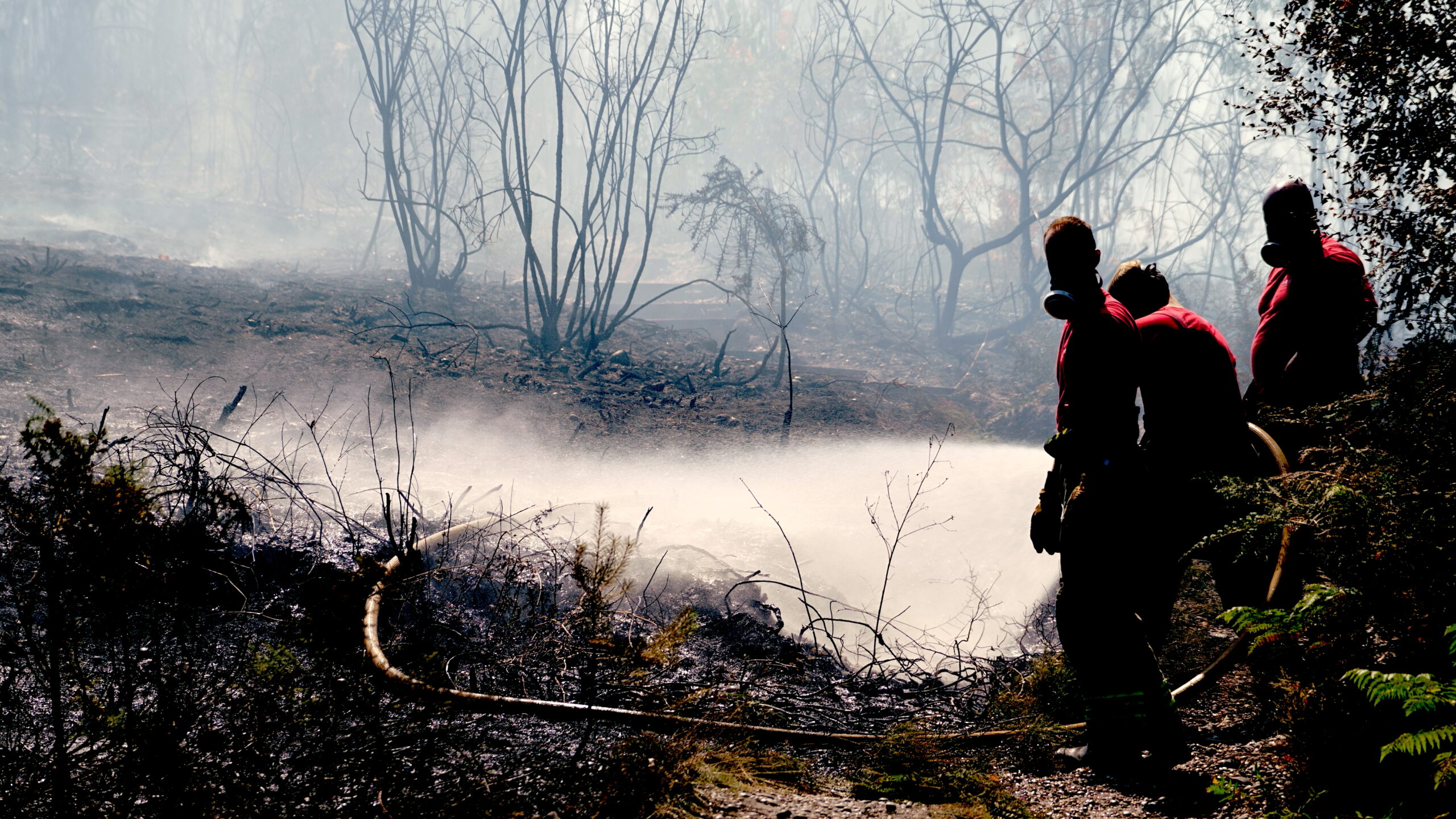 On July 19, the hottest day on record in the U.K., fire fighters had to tackle a major fire on Shirley Hills, near Croydon in Great Britain. (Peter Trimming, CC BY-SA 2.0, Wikimedia Commons)

As climate breakdown increases, the cycle of droughts and floods in the U.K. will intensify. We’ve seen in recent weeks the devastation that this can cause. The stats are terrifying: half of England’s potato crop is expected to fail this year. Even drought-tolerant maize — which is only grown in the south of England because the rest of the U.K. is too cold and wet — is struggling in the heat.

People are suffering now, so short-term solutions are needed. With both food and fuel prices spiraling, it will be a grim winter, so medium-term planning is required too. But, of course, we need a long-term strategy.

Changes to Britain’s climate are now inevitable. And that doesn’t just mean that England’s pastures green will turn into French wine country, as too many news producers like to imagine. More carbon in the atmosphere means increased energy in our weather systems. That means greater intensity as well as more warmth — not so much the calm balm of the historic south of France as cycles of climate chaos.

Although we must do what we can to avoid pumping more energy into that system (by eliminating carbon-based energy), we also have to accept and adapt to what is coming: cycles of dry and wet, driving natural disasters of a kind our islands aren’t accustomed to.

Much of that adaptation means rethinking our land use. At the moment, water falling on to higher ground often lands on barren moors, overgrazed by sheep or burned for grouse shooting. Where once there were trees, now any stems that break through the soil are munched by an ungulate or fried in a fire.

Where once rain gathered in upland wetlands and was absorbed and transpired by forests, now it is channeled in ditches like some unwanted pest and rushed downhill. Other than small streams siphoned off for reservoirs or irrigation, most of this water is sent down to the sea.

When there is more water than normal, banks burst and those homes that have inconveniently placed themselves down the slope from upland landowners are flooded. By the time the weather is dry again, the water has disappeared.

Wetlands are to temperate zones what rainforests are to the tropics. They are nature’s sponges, absorbing and releasing water, and regulating its flow. But after centuries of drainage, England has only about 10 percent  of the marshes and fens that protected it from extremes of weather a thousand years ago. Now, with climate change, it needs those wetlands more than ever. 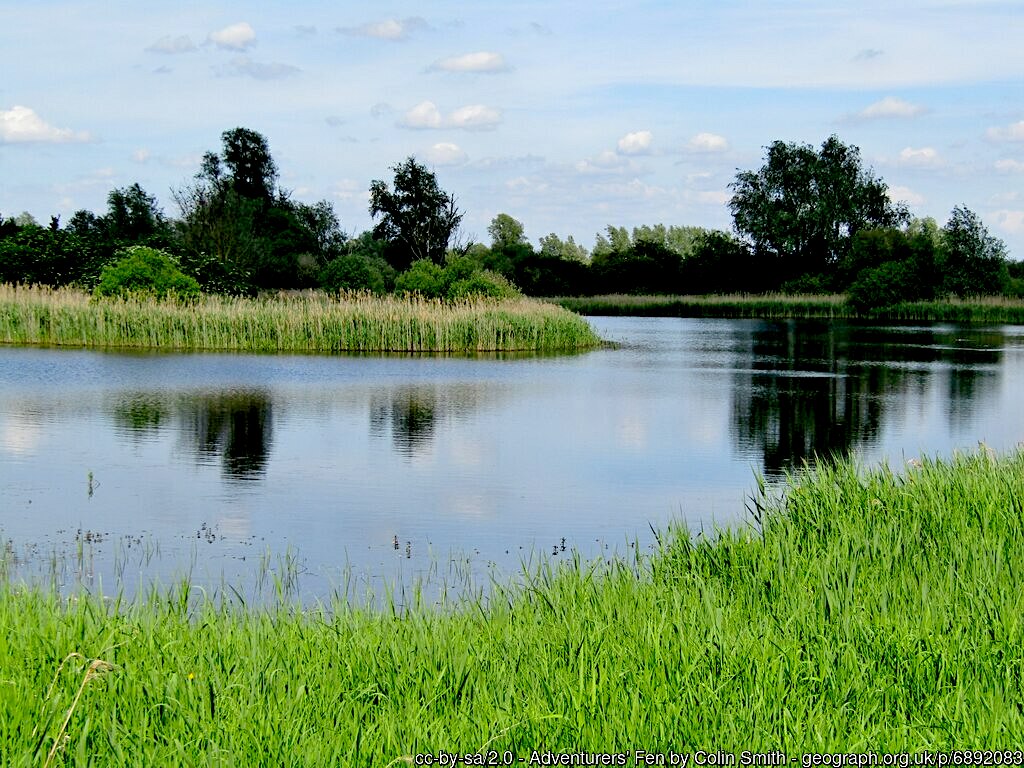 Of course, there are some specific solutions: my parents were some of the first people to bring beavers back to the U.K. — for which they deserve a shout-out. Beavers are nature’s engineers, rebuilding riparian ecosystems at a fraction of the cost of a man with a tractor.

Burning heather must be banned. An absurd act of vandalism at the best of times, destroying whole swathes of moor to pander to a hobby of the mega-rich is completely unjustifiable now that those moors are needed in the struggle for climate change adaptation. While we’re at it, let’s ban driven grouse-shooting entirely.

But at its core, the problem is that vast swathes of the U.K. countryside are still owned by a tiny number of people, who manage them in the interests and traditions of their kin. A third of England and Wales is still owned by the ancient aristocracy. Scotland has the most centralised land ownership pattern in Europe — arguably in the Western world. An astonishing 8 percent of British land is managed as grouse moor. 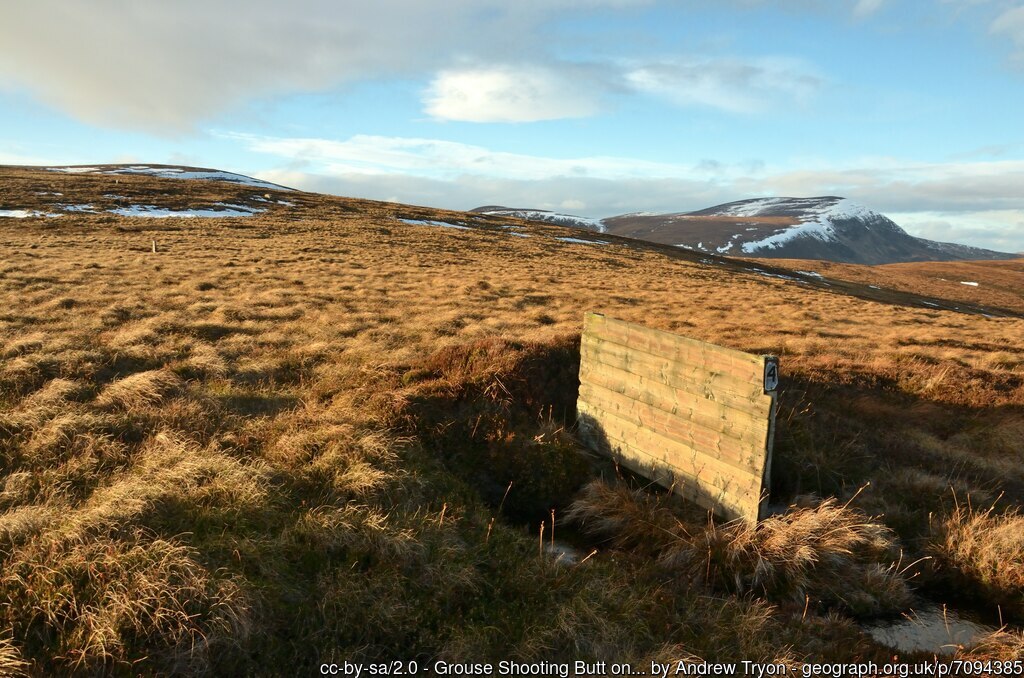 The nations that make up the U.K. consist of people and the land they live on, and unimaginable portions of the latter are still controlled by tiny numbers of people, for the simple reason that their ancestors have owned them for generations.

Having been “decimated” by cuts, fire services must risk personal safety as climate change worsens heatwaves

For the past 60 years, this ownership pattern has been maintained because the E.U.’s common agricultural policy (CAP), launched in 1962, was designed for French farmers, with their much smaller parcels of land, and failed to properly consider the absurdities of British ownership patterns.

The result was that taxpayers were — still are — paying to be flooded and desiccated by wealthy aristocrats. Our rural land is privately owned, publicly funded and run largely for the rich.

Now that Brexit is supposedly “done,” reform is, theoretically, possible and the various governments of the nations of the U.K. are investigating what to replace CAP with.

This summer’s droughts should be a reminder that radical change is needed.

We could stop subsidising big landlords and fund community buyouts instead. We could stop paying millions to prop up otherwise insolvent upland sheep farms and, when those farms go bust, take them into public ownership, rewild our hills and restore our upland wetlands.

England, Wales and Northern Ireland could, as Scotland already does, insist that its people have a right to roam across its land and paddle up its rivers.

Restoring our ecosystems is vital in its own right. But forests, marshes, swamps and fens are nature’s buffers. They wet our brows when the sun beats down and they mop the ground when the rain pours. As we tip from thousands of years of climatic stability into an era of atmospheric chaos, they can help soften the landing. But only if the land is owned by those who let them.

Adam Ramsay is openDemocracy’s special correspondent. You can follow him at @adamramsay. Adam is a member of the Scottish Green Party, sits on the board of Voices for Scotland and advisory committees for the Economic Change Unit and the journal Soundings.

12 comments for “British Land for the Rich as Crisis Grows”