James DiEugenio traces a parallel between the agency’s deletion of text messages from Jan. 6 and the disappearance of six boxes of materials concerning the  assassination of JFK. 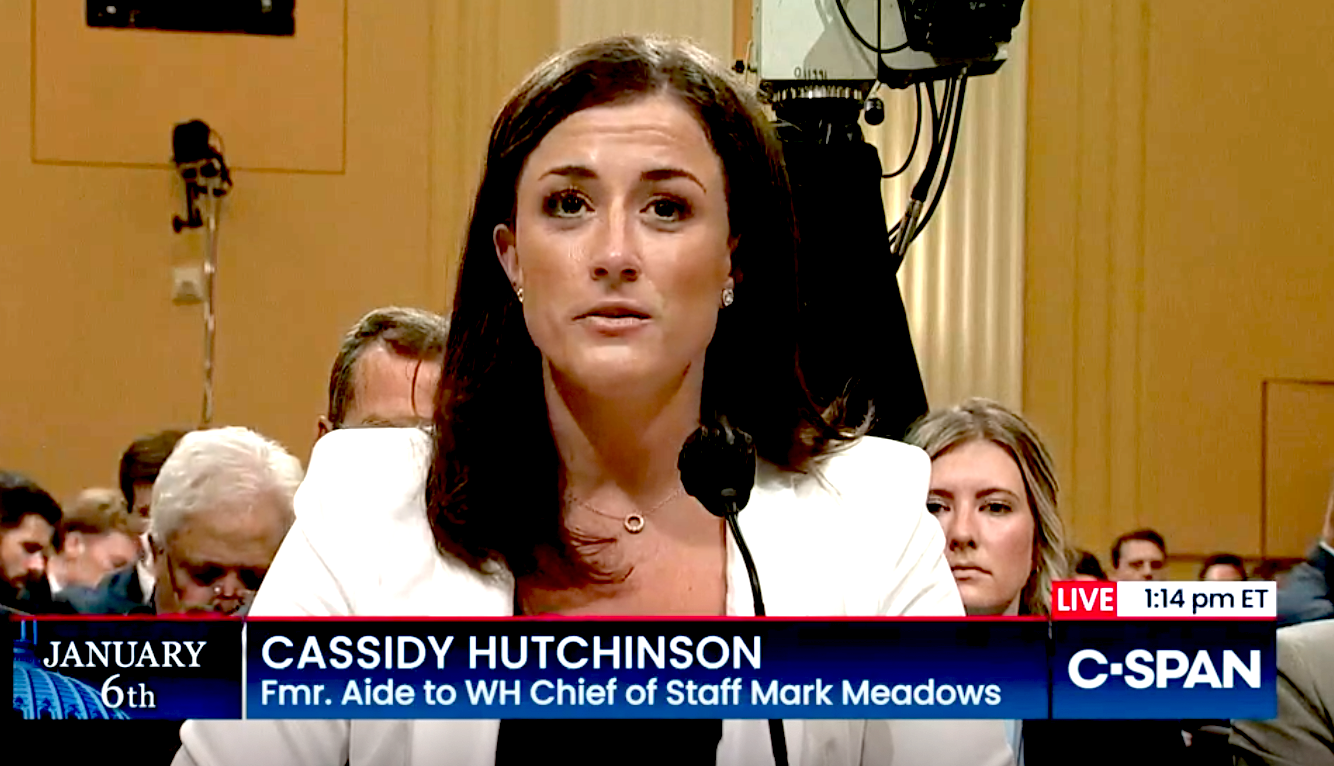 The revelation that the U.S. Secret Service deleted text messages from the day of the Jan. 6, 2021 storming of the U.S. Capitol is raising potential parallels with the 1963 assassination of President John F. Kennedy.

Cassidy Hutchinson, a former aide to the Trump White House chief of staff,  testified on June 26 to the congressional committee investigating the events of Jan. 6 that her boss, Chief of Staff Mark Meadows, warned her four days in advance that “Things might get real, real bad on Jan. 6th.” She also testified that President Donald Trump was warned about weapons on hand that day. In spite of that, he still wanted his security to scrap the metal detectors at the site of his White House rally.

She said under oath that she was told he was so intent on going that he tried to grab the steering wheel, and even lunged at Bobby Engel, one of the Secret Service agents in the SUV, to direct the vehicle to the Capitol. Hutchinson testified that she was told that by Tony Ornato, a Secret Service agent who left to become Trump’s deputy chief of staff, only to return to the service as a senior official.

Hutchinson’s testimony is being disputed, however. Senior Secret Service agents are ready  to testify that that did not happen, according to The Guardian. The newspaper reported:

“Carol Leonnig of the Washington Post, author of two books on the Trump administration and a history of the Secret Service, Zero Fail: The Rise and Fall of the Secret Service, said: ‘Sources tell me agents dispute that Donald Trump assaulted any agent or tried to grab the steering wheel on Jan 6. They agree Trump was furious about not being able to go to Capitol with his supporters. They offer to testify under oath.’”

“After her testimony, journalists citing anonymous sources reported that Engel and the driver of Trump’s vehicle were ‘prepared to testify under oath’ to dispute Hutchinson’s account and that Ornato denied telling Hutchinson that Trump ‘grabbed the steering wheel or an agent.'”

But Salon reported Monday that neither Ornato nor Engel have showed up to testify one month later and both have hired private counsel.

The Secret Service and Pence

There are also questions about the Secret Service’s intentions after it was revealed to the committee that the service wanted to drive Vice President Mike Pence away from the Capitol that day, where he had been removed to a basement loading dock during the riot upstairs. Pence refused to leave and after the angry mob, some of whom were looking for him, left the Capitol, he returned to the House chamber to oversee Joe Biden’s certification as president-elect, defying pressure from Trump.

Rep. Jamie Raskin (D-MD) has even suggested the Secret Service was in on the plot to remove Pence from the Capitol to stop him from certifying Biden that day.

Suspicions about what the Secret Service was up to later deepened as it became known that the service deleted its text messages from Jan. 5 and Jan. 6.

Worse yet, it was later revealed that the agency had been told in advance not to do so.  In fact, there appears to have been not one, but three separate warnings issued to the Secret Service not to delete the messages. Further, the Department of Homeland Security knew about the deletions but failed to inform Congress.

A Secret Service spokesperson claimed to The Washington Post that the text messages were lost during a “device replacement program” in January and February and that the Homeland Security inspector general only asked for the texts in February after some of the deletions occurred. 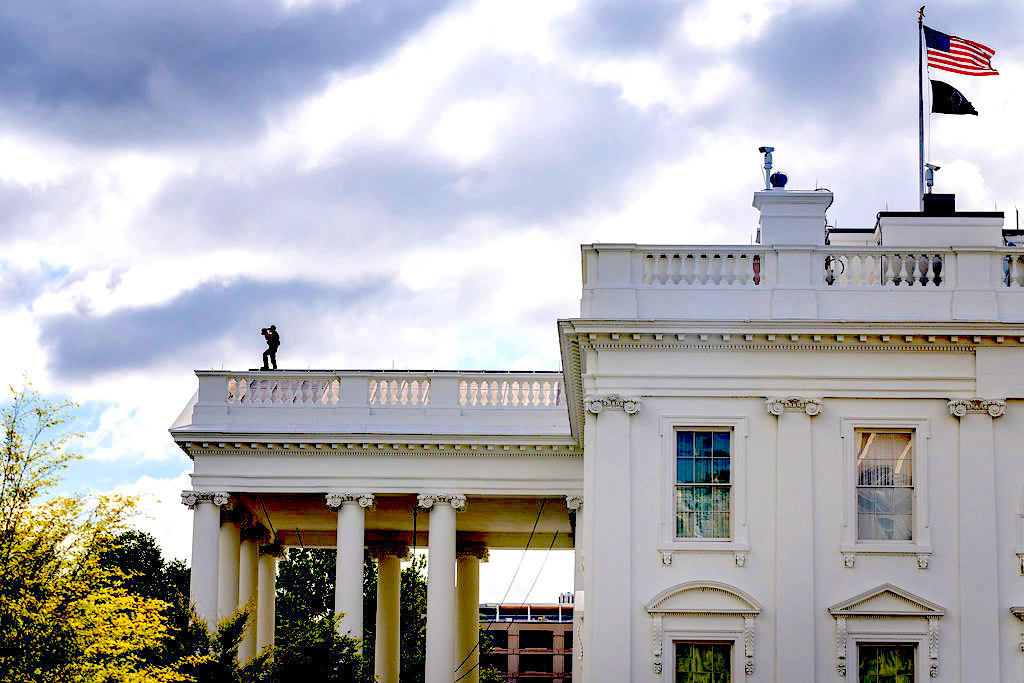 The service — entrusted with protecting the president — has fallen under such grave doubt that the Department of Homeland Security has told them to halt their internal inquiry.

This may be the greatest Secret Service failure since the assassination of President John F. Kennedy, according to commentators such as MSNBC host Lawrence O’Donnell. And Leonnig, of The Washington Post, has pointed out that the Secret Service’s disappearance of crucial documents is a pattern extending back to 1963.  It was then repeated in 1995.  And it has potentially happened again surrounding the events of Jan. 6.

In April this year, Biden pardoned former Secret Service agent Abraham Bolden. This was lightly noted in the media, mainly in the Midwest. The story behind the pardon was all but ignored.

Few people know that before President Kennedy was killed in Dallas, there were at least two prior attempts on his life in that very month of November 1963.

As Oliver Stone notes in his film, JFK Revisited, [for which I wrote the script] one was in Tampa and the other in Chicago. Bolden was involved in the latter. The circumstances surrounding the attempt to kill Kennedy in Chicago were first covered up by the Secret Service in 1963.

The Secret Service was in receipt of two tips about the attempt to kill JFK in Chicago. One was from an informant code named “Lee,” one was from a landlady from a boarding house on the North Side.

The landlady told the F.B.I. that four men had rented rooms from her. She had seen four rifles with telescopic sights in one of the rooms along with a newspaper sketch of the upcoming motorcade route. As with the more general tip from “Lee,” this information was passed on to the Chicago office of the Secret Service.

Based on this information, plus the efforts of a local policeman, three men were arrested, though no further information was drawn from them.

Kennedy ended up canceling the trip on the day he was to arrive in Chicago. The ostensible reason was the crisis in Saigon involving the overthrow of the Diem government. 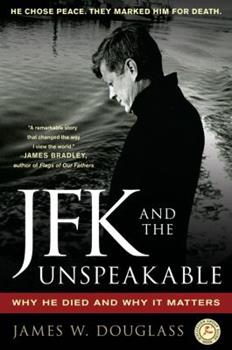 As James Douglass notes in his fine book, JFK and the Unspeakable, Secret Service protocol was seriously abridged. The agents were told not to prepare written documents.  Instead, they dictated oral reports. They were then asked to turn over their notebooks. At headquarters, this data was sequestered, thus making it deniable. There is no evidence it was made available in the Secret Service central files.

As many observers have noted, this was a grievous error.  Because the plot to kill Kennedy in Chicago had so many similarities to what happened in Dallas, if the information had been made available, it is highly possible that Kennedy’s assassination could have been prevented.

Bolden was the one agent in Chicago who tried to tell the Warren Commission what had happened.  Two weeks after he told another agent he was going to testify, Bolden was arrested and convicted of taking a bribe in a counterfeiting case he was investigating. He was sentenced to six years in prison. One of the witnesses against him later admitted he had perjured himself in testifying against Bolden, but Bolden was denied a retrial.

The facts about the attempt to kill Kennedy in Chicago were so assiduously covered up that the story did not emerge until 1975 when the illustrious journalist Edwin Black wrote a story about it for Chicago independent, an alternative journal.

But the Secret Service did not stop there. In 1994, the Assassination Records Review Board (ARRB) was assigned the task of declassifying and opening all the documents relating to President Kennedy’s assassination.

As with the records of Jan. 6, a similar pattern is discernible. The National Archives in 1994 had briefed the Secret Service on the upcoming requests by the ARRB. Six boxes of Secret Service materials had been set aside and tagged for transfer.

Yet in January 1995, at about the time when the Review Board was ready to inspect those records, two of the boxes were destroyed. This included records of 23 trips Kennedy made in the autumn of 1963.  The destroyed records included three folders about Chicago.

The Secret Service tried to say it was all part of a routine destruction procedure.  Today they are saying the records were lost in a routine transfer procedure. Considering the circumstances both then and now, these explanations are highly questionable.

As ARRB analyst Doug Horne noted in his book Inside the ARRB, the board was furious at this willful destruction of important material. They considered it an act of outright defiance.  They prepared an option of calling an open hearing and inviting the media to attend.  This way they themselves could hear in open colloquy the excuses over what the Secret Service had done.  In the end the board decided not to do so.  That might have been a mistake, considering what has now happened.

The role of the Secret Service in the failure to protect President Kennedy was papered over by the Warren Commission.  From drinking hard liquor until 3 a.m. the night before, to scaling back the motorcycle escort in Dallas, to approving an unconscionable  motorcade route — agents should have been fired and the top level of the hierarchy should have been overhauled.

That routine should not be allowed this time around. Secret Service Director James Murray should be asked why he did not directly intervene in securing all text messages from Jan. 5 and 6.  His relationship with Ornato should be pored over with a magnifying glass.

Was Hutchinson accurate about the aborted trip from the Ellipse to the Capitol?  Was Ornato under orders not to take Trump there? Did Pence and his staff suspect something was afoot, and was this why they refused to be driven away?

If the National Archives establishes malfeasance in the deletion of the texts, it would be the biggest Secret Service failure since 1963.  And this time around, it should not be concealed.  Once was bad enough.

James DiEugenio is a researcher and writer on the assassination of President John F. Kennedy and other mysteries of that era. His most recent book is The JFK Assassination : The Evidence Today.

39 comments for “The Worst US Secret Service Failure Since Nov. 1963?”