The outcome of the Sept. 4 vote will not just matter for the future of the Andean nation, the authors say. It will also send a signal to progressive forces throughout Latin America and the Caribbean. 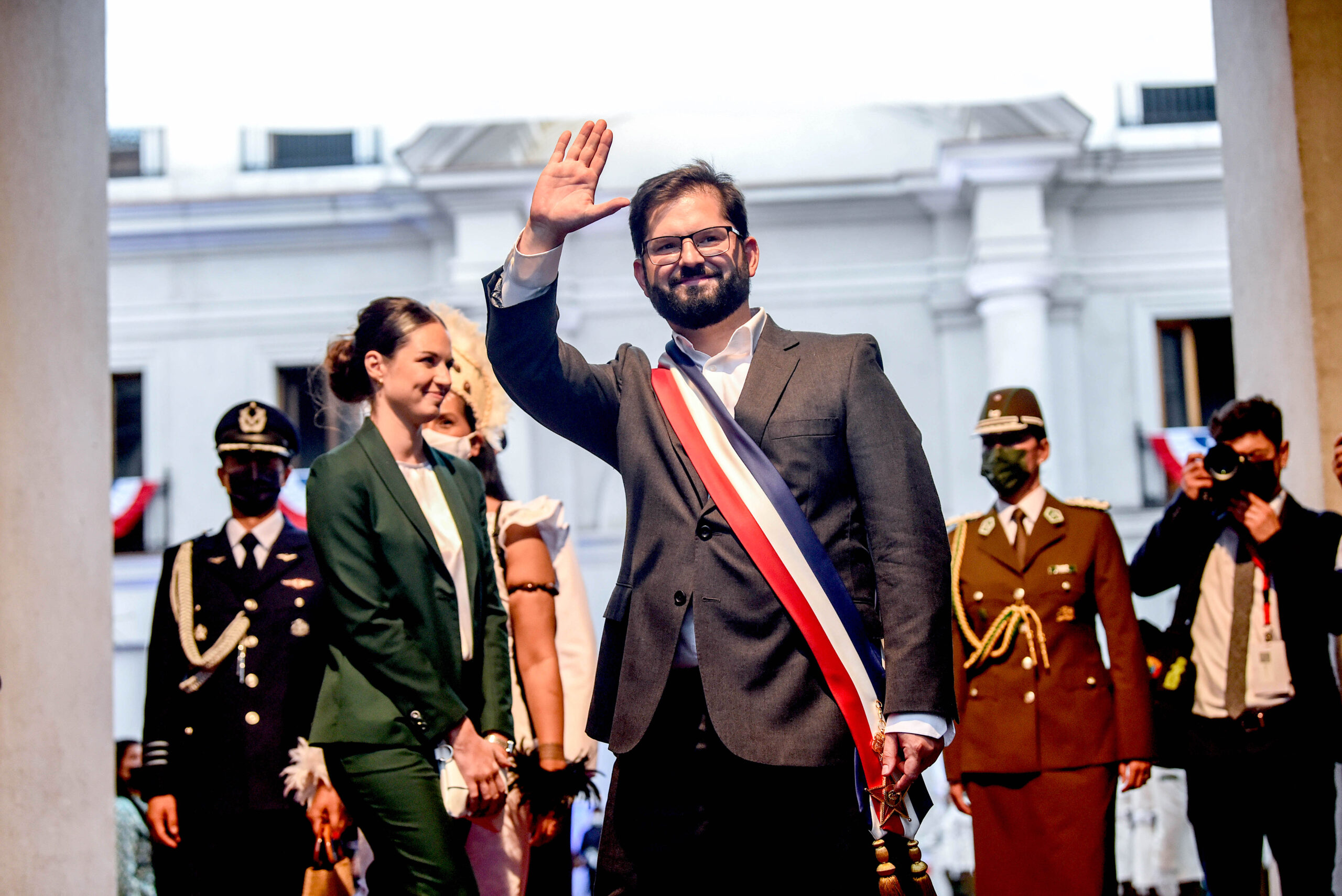 When Chileans go to the polls on Sept. 4 to vote on a new constitution it could mean the dawn of a new era for the Andean state. It all began three years ago with a massive social revolt.

In autumn 2019, people took to the streets in protest against the political and economic elite and social inequality in one of Latin America’s richest countries. Chile was paralysed for months. One of the demonstrators’ key demands was a new constitution to replace the neoliberal document adopted under the Pinochet dictatorship. The then right-wing conservative government under Sebastian Piñera eventually gave in, paving the way for a constitutional process to be hammered out in parliament.

On Oct. 25, 2020, around 78 percent of eligible voters participated in a referendum on drafting a new constitution. This task was delegated to the so-called Constitutional Convention. In May 2021 came elections to the convention, in which the established and right-wing parties suffered a setback as left-wing — including many independent — candidates were elected. Representation at the convention was on a parity basis, with 17 of the 155 seats going to representatives of the indigenous population.

On July 4, 2022, the members of the Constitutional Convention submitted Chile’s new draft constitution to the new, progressive president, Gabriel Boric. The convention was wound up after a tough year’s work — a process that also faced its problems.

Now, a ruthless right-wing campaign means that the fate of the constitutional text hangs in the balance. A poll conducted on July 17 showed 37 percent in favour of (Apruebo) and 52 per cent against (Rechazo) adopting the new constitution.

Some convention members sought to muddy the waters with extremist demands, such as the total abolition of the state administration. While it’s true that these proposals failed to obtain majority support and so didn’t find their way into the text, the seeds of discontent were sown. In any case the right-wing, fearing for its privileges, has pulled out all the stops in a massive campaign, conjuring up the spectre of a “Chilezuela” to sow fears of social and economic decline.

Not Revolutionary, but Transformative

Needless to say, there’s nothing in the actual text to justify such feverish statements. It is scarcely revolutionary. Instead, it contains a series of innovations and distinctive ideas that would bring about a genuine transformation of Chile’s existing development model towards more social justice and sustainability.

If it adopts the draft constitution, Chile will be the first country in the world to introduce a parity-based democracy and thus create the conditions for realising true gender equality. Specifically, all representative offices at national, regional, and local level — including autonomous institutions and public companies — would be required to have parity representation of men and women. This requirement of real gender equality is also reflected in the text, with the adoption of a right to care, a right to a life free from gender-based violence and the inclusion of a gender perspective in the justice system and in fiscal and tax policy. 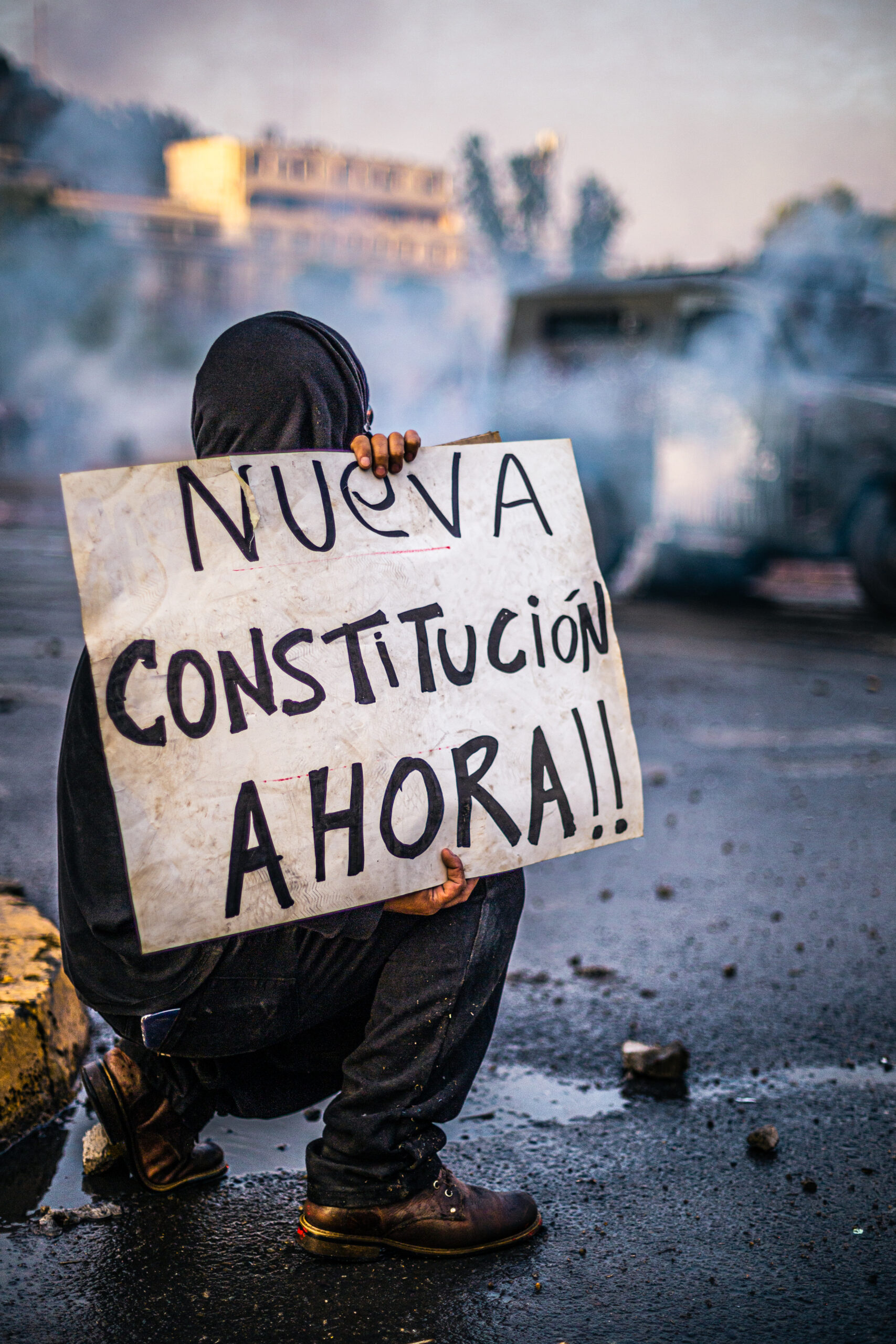 Over recent decades, Chilean feminist organisations and social movements have prepared the way for this successful anchoring of parity-based democracy in the new constitution. Historically, this is the first constitutional convention composed equally of men and women and conferring constitutional status on gender equality and parity.

In line with developments in Latin American constitutionalism over recent decades Chile’s draft constitution contains a definition of plurinationality, recognising the existence and self-determination of peoples and nations that have long been residents in the country. This also entails the right to fully exercise collective and individual rights, an acknowledgement of an historical debt and failure to recognise the indigenous population. This was the result of the long indigenous struggle for recognition, as well as the fact that the 10 recognised indigenous groups were guaranteed 17 representatives in the convention.

Also remarkable is the clear acknowledgement of environmental concerns. For example, the rights of nature and the state’s special duty of care in relation to the environmental commons, such as glaciers or seas, are enshrined, and a right to adequate and clean water guaranteed for all. In a country suffering from water shortages since the privatisation of water rights, this represents a milestone on the way to a more socially just society.

At the same time, the embedding of social rights, stronger participation and the fight against corruption constitute decisive steps towards solving Chile’s social and political crisis. As a “social and democratic state under the rule of law,” which guarantees the right to health, education, social security and housing, Chile would lay the foundations for recovery from the neoliberal hangover and strike out on the path of sustainable and socially balanced development.

The strongest doubts aroused by the draft constitution certainly concern the reorganisation of the political system. The new constitution envisages the replacement of the bicameral congress with an asymmetrical body. More authority would be conferred on the lower house and the senate would be replaced by a chamber of the regions. Chile would thus create a hitherto unprecedented political structure, combining asymmetrical bicameralism with a presidential system. It remains to be seen how that would work in practice.

Moreover, the new constitution could exacerbate the party landscape’s established tendency towards fragmentation. For example, no agreement could be reached on thresholds for parliamentary representation. Even the term “political party” is not mentioned in the text, only political organisations. This derives from the high number of independent convention members and their distrust of the established parties. This could mean, however, that in future it will be even harder to form stable government majorities.

Prospects for a Progressive Agenda

On Sept. 4, Chileans will have the chance to vote for the proposed draft. The outcome will not just matter for the future of Chile, but also send a signal to progressive forces throughout Latin America and the Caribbean.

If the new constitution is adopted, it will undoubtedly set a positive precedent that far-reaching social and political crises can be resolved in a democratic, peaceful and institutional manner. In a world in which democracy is increasingly under threat, this would send a powerful signal that solving the problems of democracy requires a deepening of democracy.

But a totally different scenario would open up if the draft constitution were rejected. This would represent an historic failure for progressive social and political forces and severely weaken the new government, squandering its political capital. Chile’s institutions would be plunged into uncertainty by the fact that, while in the 2020 referendum 80 percent of voters rejected the old constitution, in the latest referendum in 2022 the constitution drafted by the most diverse democratic body in the history of the republic had been rejected. The consequences for Chile could be renewed social unrest and violence and a boost for the extreme right.

The scenarios — approval or rejection — must be regarded as a challenge or a warning for progressive forces in Chile and the region that democracy can be deepened only with political clout — and that entails forging sustainable alliances.

Arlette Gay has been the Friedrich-Ebert-Stiftung’s project manager in Chile since 2017. She works on trade union projects, feminism and gender, migration, and democratisation of communication.

Christian Sanchez is a project manager at the Friedrich-Ebert-Stiftung in Chile. He works on education policy, teacher training, curriculum design, and assessment.

Cäcilie Schildberg heads the Friedrich-Ebert-Stiftung’s office in Chile. Previously, she worked at the FES office in Argentina and at the FES headquarters in Berlin in the Asia Department and as a policy officer for social justice.

← Chris Hedges: The Dawn of the Apocalypse
US Should Not Fund Ukrainian ‘Blacklist’ →

5 comments for “Chile’s New Constitution on a Knife-Edge”