Scott Ritter, a military analyst and CN contributor, was among those blacklisted by a Ukrainian government agency that appears to be funded by the United States. Ritter has written the following letter to his representatives in Congress. 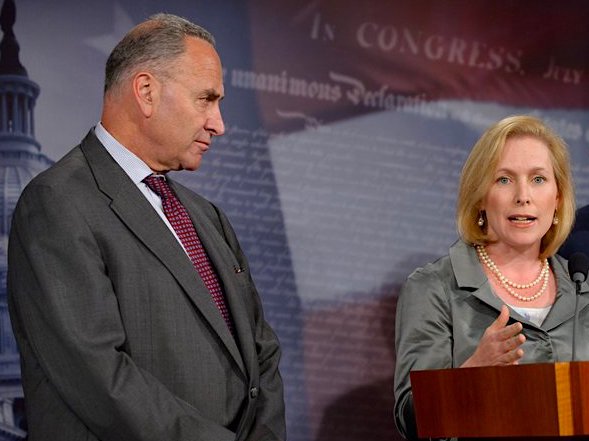 My name is Scott Ritter. I am a New York State resident, currently residing in the Town of Bethlehem, in Albany County. My family and I have lived at our current address since July 2000.

I am writing to you in your collective role as my elected representatives in the United States Congress, specifically regarding H.R. 7691, the Additional Supplemental Appropriations Act of 2022, which became Public Law 117-128 on May 21, 2022, which each of you voted in favor of.

I draw your attention to the First Amendment of the United States Constitution, specifically the following language: “Congress shall make no law…abridging the freedom of speech, or of the press.”

By enacting Public Law 117-128, you appear to have abrogated your Constitutional responsibilities in so far as you may have, in fact, made a law which both abridges the freedom of speech and a free press by enabling the Government of Ukraine, through the use of US taxpayer dollars appropriated under Public Law 117-128, to publish a “blacklist” singling out US citizens as “Russian propagandists” for exercising their Constitutional rights pertaining to free speech and a free press.

The “blacklist” in question was published on July 14, 2022, by the Ukrainian Center for Countering Disinformation, and consists of a list of politicians, academics, and activists who the Center claims promote “Russian propaganda.” Many on this list are citizens of the United States, some of whom, like me, have taken an oath to uphold and defend the Constitution of the United States.

While the specific criterion used by the Ukrainian Center for Countering Disinformation for selecting persons for inclusion on this “blacklist” is not known, in my case the Ukrainian government appears to have taken umbrage against my articulation of Ukraine as a NATO base of operations, my analysis of the Bucha Massacre in early March which assigns responsibility to Ukrainian security services, and my description of the current Ukraine-Russian conflict as a “proxy conflict” being waged on behalf of the United States.

I draw your attention to Section 507(a) of Public Law 117-128, which directs that “[f]unds made available by this title under the heading Economic Support Fund may be made available for direct financial support for the Government of Ukraine.”

On July 12, 2022, the United States Agency for International Development (USAID) issued a press release in which it announced that $1.7 billion in direct budgetary aid was provided to Ukraine under Public Law 117-128, which allowed the Government of Ukraine, among other things, to pay the salaries of Ukrainian civil servants. This would logically include the salaries of the employees of the Ukrainian Center for Countering Disinformation.

As a constituent whose name has appeared on a so-called “blacklist” published by the Ukrainian Center for Countering Disinformation, my personal and professional life has been, and continues to be, detrimentally impacted by the chilling effect of being labeled a “Russian propagandist” for simply exercising the right to free speech guaranteed by the United States Constitution. Moreover, Ukraine has a history of converting “blacklists” of this nature into “kill lists”, where those who speak out against the policies of the Ukrainian government are being murdered or threatened with violence. I am certain you agree with me that Congress cannot be in a position where, through its actions, foreign governments are provided the means to intimidate citizens of the United States from exercising their Constitutionally protected rights regarding free speech.

Under Section 507(d) of Public Law 117-128, Congress directs that “[t]he Secretary of State or the Administrator of the United States Agency for International Development, as appropriate, shall report to the appropriate congressional committees on the uses of any funds provided for direct financial support to the Government of Ukraine pursuant to subsection (a) and the results achieved, not later than 90 days after the date of enactment of this Act and every 90 days thereafter until September 30, 2025,” and that such a report “shall also include the metrics established to measure such results.”

I request that each of you become personally involved in preparing the appropriate questions to be asked of either the Secretary of State or the Administrator of USAID when they next appear before Congress to carry out their mandated reports regarding the use of funds provided for the direct financial support of the Government of Ukraine. The specific metric of interest here is whether any of these funds were used to pay the salaries of civil servants employed by the Ukrainian Center for Countering Disinformation involved in the preparation and dissemination of the aforementioned “blacklist”.

Congress cannot be allowed to bypass Constitutionally imposed constraints on its actions by allowing a foreign government to do that which would not be permitted here in the United States. By paying the salaries of the civil servants employed by the Ukrainian Center for Countering Disinformation, who have prepared and disseminated the so-called “blacklist”, you and your fellow Senators and Representatives appear to be doing just that—allowing the Government of Ukraine to suppress the right of free speech guaranteed to United States citizens under the Constitution.

I look forward to hearing back from each of you as to how you propose to proceed in this matter.

← Chile’s New Constitution on a Knife-Edge
Caitlin Johnstone: The Most Dangerous PR War →

31 comments for “US Should Not Fund Ukrainian ‘Blacklist’”