Provisions passed by the House last year that subjected insulin products to Medicare price negotiation and capped Medicare insulin copays at $35 per month have been left out of the latest draft of the bill. 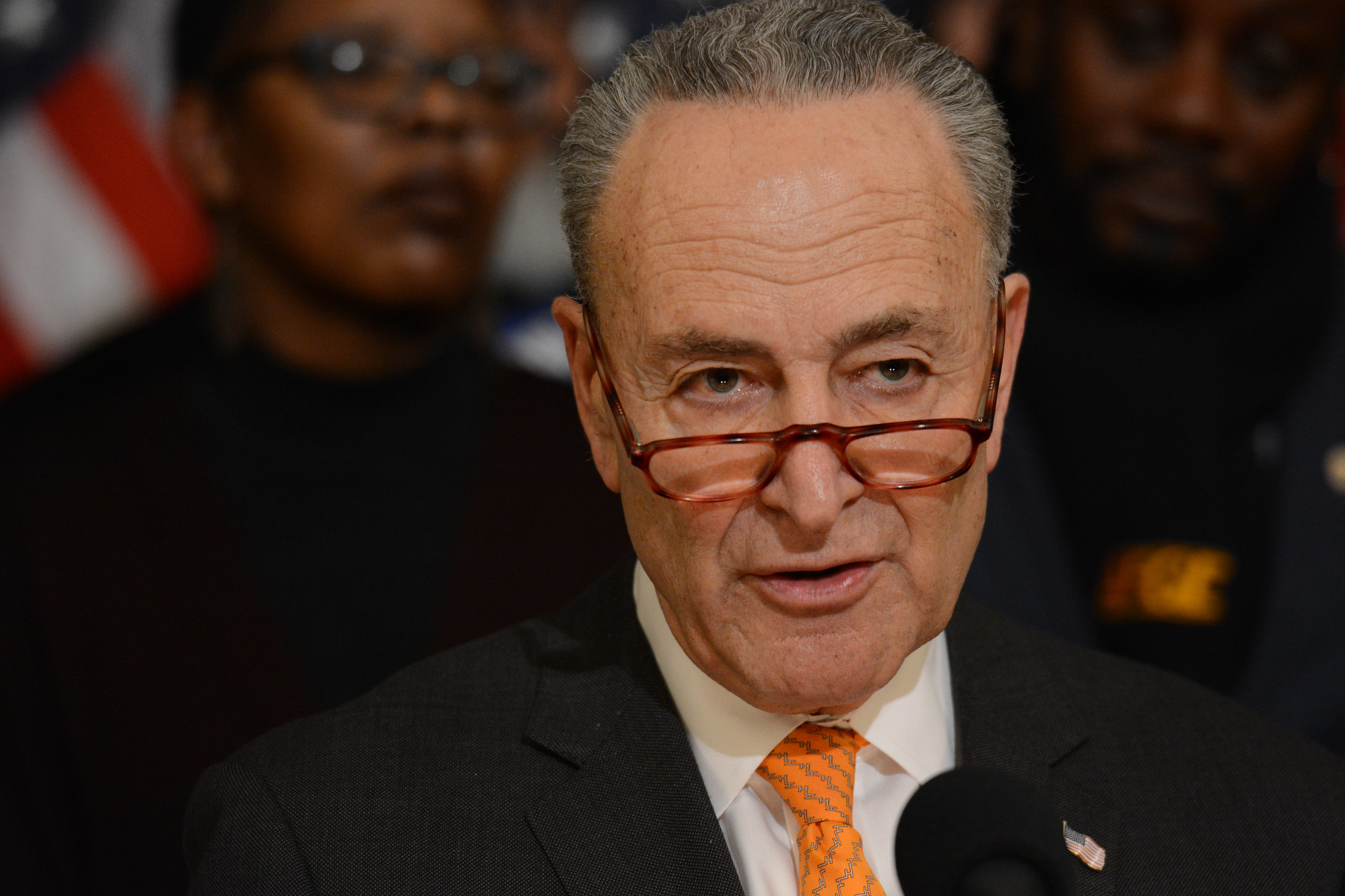 Hundreds of people affected by the United States’ sky-high insulin prices and more than two dozen progressive advocacy groups earlier this week told Senate Majority Leader Chuck Schumer that it would be an “enormous mistake” to exclude insulin-related provisions from an emerging reconciliation bill.

The initially far-reaching but now heavily curtailed economic package that congressional Democrats hope to pass through the filibuster-proof budget reconciliation process before November’s pivotal midterms is expected to focus on lowering drug prices — the one major reform that right-wing Democratic Sen. Joe Manchin (W.Va.) has agreed to in his negotiations with Schumer (D-N.Y.).

Earlier this month, Senate Democrats — including Manchin, whose vote is indispensable in the evenly split upper chamber — reached a deal on a plan that would allow Medicare Part D to negotiate the prices of up to 20 prescription medications directly with pharmaceutical corporations, a proposal that is overwhelmingly popular with voters across party lines.

“As Congress verges on finally putting in place a system for Medicare drug price negotiation and advancing other urgently needed reforms, we ask that you ensure people who need insulin to live are not left behind,” the coalition wrote to Schumer in a letter signed by Public Citizen, T1International, the Center for Popular Democracy and other groups and individuals.

Legislation passed by the House and considered by the Senate last year included language that would have made all insulin products subject to Medicare price negotiation and that would have capped Medicare beneficiaries’ insulin copays at $35 per month.

Both provisions have been left out of the latest draft of the bill released by the Senate Finance Committee, however, much to the dismay of consumer advocates and people with diabetes.

1/4 of people with diabetes have to ration insulin to survive in the U.S.

So why the hell would Congress leave Insulin out of drug pricing legislation?

“As drug pricing legislation advances through the budget reconciliation process, policymakers must, at least, include price negotiation and Medicare out-of-pocket cost provisions that have previously been uncontroversial in the caucus,” says the letter. “It would be an enormous mistake to exclude insulin price negotiation and out-of-pocket protections that previously received overwhelming support and miss this key opportunity.”

Insulin prices in the U.S. — seven times higher than those found in peer countries — are so steep that experts have accused the federal government and pharmaceutical industry of violating human rights.

More than 37 million people in the U.S. have been diagnosed with diabetes. The disease, which can wreak havoc on organs, eyesight, and limbs if left unmanaged, is the country’s seventh leading cause of death, according to the U.S. Centers for Disease Control and Prevention.

Because just three pharmaceutical corporations control the nation’s lucrative insulin market, the century-old drug can cost a person without adequate health insurance more than $300 per vial.

This unabated price gouging and the massive coverage gaps inherent to a for-profit healthcare system have left millions of people across the U.S. who rely on insulin to live with diabetes unable to afford it. Corporate profiteering is forcing many people to ration the drug or forgo it, with deadly consequences.

“Excluding insulin from drug pricing reform would be a slap in the face for the millions of Americans who rely on this lifesaving medicine to manage their diabetes,” Peter Maybarduk, Access to Medicines program director at Public Citizen, said in a statement.

“Insulin typifies the price abuse and treatment rationing that drug price reform must begin to fix, so it’s particularly shocking that Congress has dropped it,” said Maybarduk. “We urge Majority Leader Schumer to do everything in his power reinsert insulin into the bill without delay.”

It’s not entirely clear why Senate Democrats did not include insulin-related provisions in their new legislation. Senate Finance Committee Chair Ron Wyden (D-Ore.) declined to explain when asked last week by Bloomberg Law.

“We never thought that would be on the chopping block,” Shaina Kasper, a policy manager for T1International, told the outlet. She added that her group, which is led by people with Type 1 diabetes and seeks to expand access to insulin, is “gearing up to throw down” with Democrats over the move.

“has said he plans to hold a vote soon on a measure from a bipartisan duo to cap the out-of-pocket cost of insulin at $35 a month. But passing the legislation from Sens. Susan Collins (R-Maine) and Jeanne Shaheen (D-N.H.) requires the support of Republicans, and key GOP senators say they’re not ready for a vote right now.”

The American Prospect‘s David Dayen argued on social media Monday that “it would be very simple to just add insulin back in” to the reconciliation package. But possibly as a result of Manchin’s stated penchant for “bipartisanship,” Dayen continued, Democrats handed control of a key piece of their proposed drug price reforms to their Republican colleagues.

It would be very simple to just add insulin back in but Manchin probably wants to "give bipartisanship a chance" so they have to wait for Collins-Shaheen to die in a vote to add it. But reconciliation might have to go first.

“Incidentally, it’s possible that the insulin co-pay cap outside of federal programs wouldn’t pass parliamentary muster, but make the parliamentarian do that, don’t do their job for them,” Dayen tweeted, referring to the unelected official tasked with opining on whether bill provisions comply with the enigmatic rules of budget reconciliation.

“Forcing one Medicare price negotiation to be insulin seems obviously allowable,” he added.

← The British Coup That Wasn’t Quite?
Buying Mexican Blood →

14 comments for “Getting Stiffed on Health Care — Again”