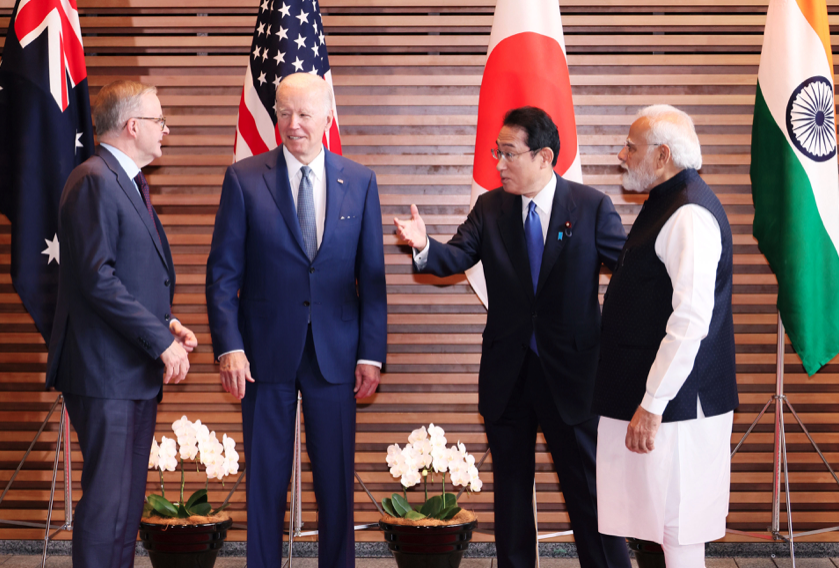 Two years ago, at my local Australian Labor Party branch, I moved a motion urging the ALP to support dropping extradition proceedings against Julian Assange. Maroubra ALP is not inner city. It might be regarded as a bastion of the right. The motion was carried, near unanimously. After the debate, one member came up and said: “I think Assange is probably a narcissistic bastard but he’s ours.”

That is, he’s an Australian.

It was the Trump administration — probably at the insistence of then-C.I.A. chief Mike Pompeo — that pursued Assange’s extradition. The Morrison government declined even the faintest whinny of protest. It was as if we were not a sovereign government but some category of U.S. territory like Puerto Rico and an Australian passport holder didn’t rate protection from the vengeful anger of one corner of the American security apparatus. A France or Germany — a New Zealand — would not have been as craven.

Here lies Prime Minister Anthony Albanese’s most potent argument as he proceeds to winkle out of the Biden administration a decision to quietly drop its pursuit of Assange, even after Britain announced on Friday that it had approved his extradition to the U.S. Albanese can say that, to Australian public opinion, it looks like one rule for Americans, another for citizens of its ally.

Albanese can gently remind Washington that President Barack Obama commuted the sentence of Chelsea Manning. That is, he lifted her sentence for gifting to Assange the material that he published on WikiLeaks in 2010. 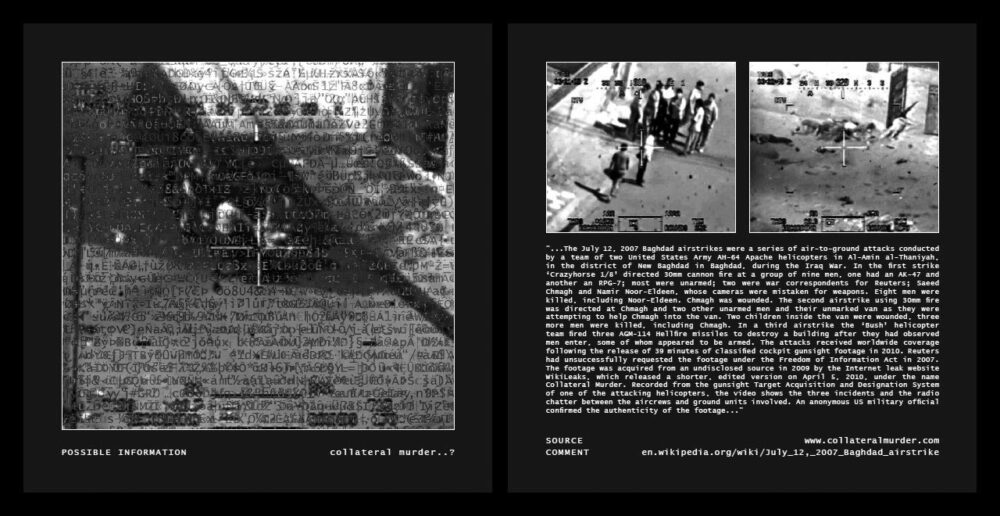 This was the collateral murder video that showed soldiers in a U.S. Apache helicopter mowing down civilians with their automatic weapons in Iraq in 2007. The video exposed America’s lack of rules of engagement but, more than that, tore away the justification for the neocon high adventure of the Iraq war.

Manning, the American who slipped the material to Assange, goes free while the Australian who published it faces extradition, trial in Virginia and the rest of his life in cruel confinement in a high-security prison, likely on the plains of Oklahoma.

Albanese doesn’t have to state — because the Americans know it — that we are a darn good partner. A request on Assange is small change in such an alliance relationship. We host vital U.S. communication facilities that likely make Australia a nuclear target. We host ship visits, planes and marines, about which the same baleful point could be made. And, as the capstone, we are spending about $150 billion purchasing U.S. nuclear submarines.

We’ve elected a new prime minister who within hours set off for a meeting of the Quad — the U.S., Japan, India and Australia — talking continuity in Australian policy on the so-called Indo-Pacific. He arrived in Tokyo with positive policies on climate — music to Biden’s ears — and commitment on the South Pacific. A re-elected Morrison would have turned up with surly, shop-worn, adversarial rhetoric on China — welcome enough to the U.S., but adding no more value than a poodle yapping at its master’s heels.

The US Can Barely Say No 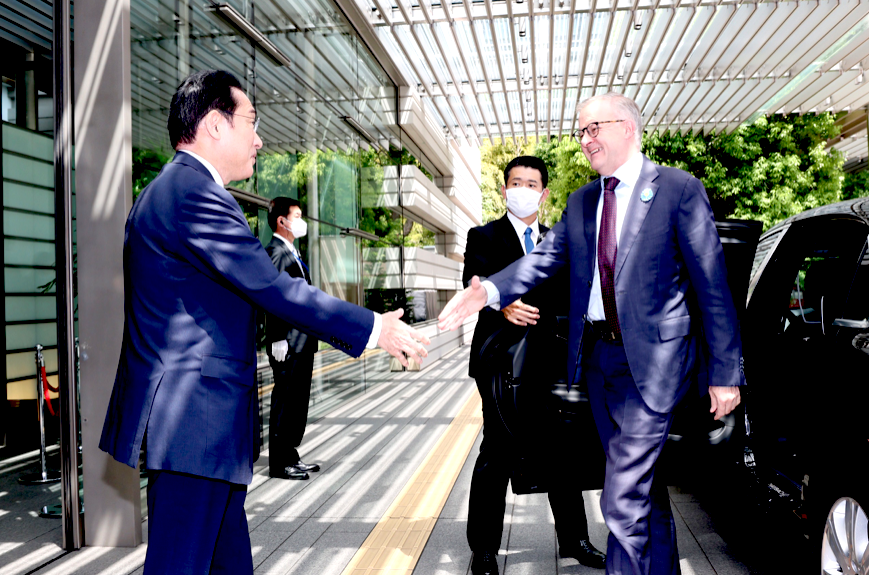 Put like this, the U.S. can barely say no – that is, to an Australian prime minister who makes it known with firmness and confidence he believes, as he said in December about Assange, “Enough is enough.” That is, it’s enough he suffered the three years in Belmarsh prison, sometimes with arms and legs shackled as if Hannibal Lecter, on top of eight years of self-imposed exile in the Ecuadorian embassy.

In the context of Australia’s role as an ally – the heft we deliver for the U.S. empire – a decision to let Assange walk free rates about five minutes of President Joe Biden’s Oval Office attention. And our ambassador in Washington should be deputed to trot up and down the Senate corridors telling Republicans that, if they value our friendship, they might lay off the president for listening to Canberra on this one. 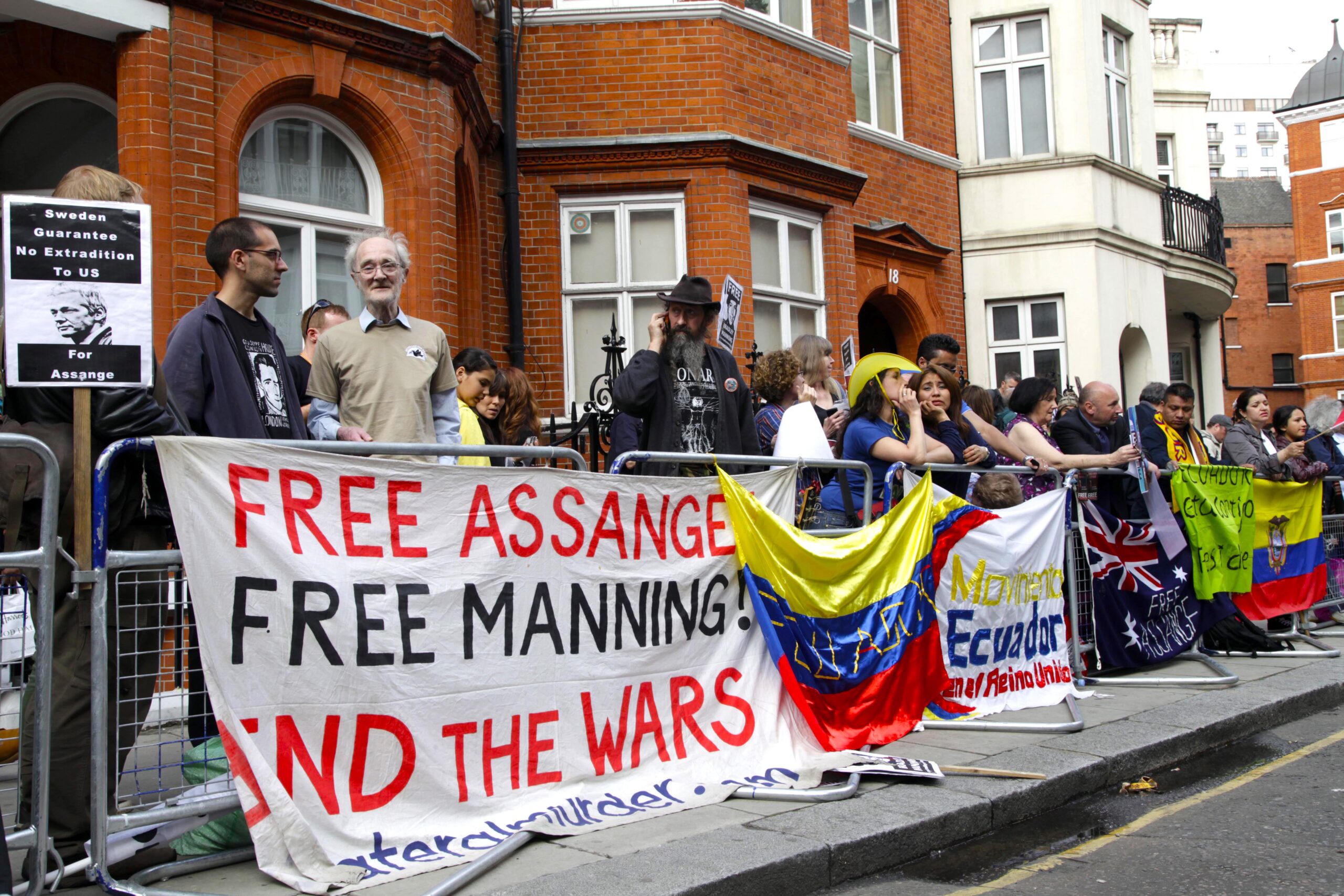 In any case, Biden and his advisers might conclude, it’s time all the baggage of Afghanistan and Iraq were let go. Afghanistan was America’s longest war undertaken to eliminate Al-Qaeda and, later, drive out the Taliban. After 20 years of squandered blood and treasure, the Taliban are firmly in control and Al-Qaeda again claims the wretched country as haven.

The Iraq War proved only the paradox of unintended consequences, unleashing Islamic State on the world and delivering a boon to Iranian power projection. Pursuing Assange makes it look like the unfinished business of these wars devolves on the pursuit of one shackled Australian, even as if snatching Assange is the last expression of American frustration at the battlefield defeats by ragged insurgents. It’s time the restless giant closed the books on the disasters unloosed by George W. Bush.

Last week Bill Clinton said for the first time he feared for the future of America as a “constitutional democracy.” He was referring to laws enacted by Republican state governors that make it harder to vote and easier for state officials to overturn the popular vote. And the return of former President Donald Trump. Fifty percent of Americans think their country is headed for civil war; a similar number think their country will end up a dictatorship.

Yet as it sinks lower on the list of democracies published by Freedom House, the battered American republic can teach the world a thing or two about its First Amendment right to freedom of expression. Its claim to be a nation of laws is stronger if Assange, this dissident publisher, has the threat of extradition lifted. If he were sentenced to die in jail, The New York Times and The Washington Post would suffer a precedent against them anytime they might want to expose bad wars and the atrocities that follow in their wake.

The military in the U.S and Australia have had to admit no lives were lost because of Assange. But we wouldn’t have heard of serious war crimes in a counterproductive war were it not for the haggard prisoner in Belmarsh.

Our new prime minister can say: “We’re not fans of the guy either, Mr President, but it’s gone on long enough. We’re good allies. Let this one drop.”

And if Albanese asks, my guess is America will agree.

Bob Carr is the longest-serving premier of NSW and a former foreign minister of Australia.

This article is fromThe Sydney Morning Herald and published with permission from the author.

← Taxing the Rich to Boost Social Security
Chris Hedges: The Triumph of Death →

39 comments for “If Albanese Asks for Assange’s Freedom, Biden Has Every Reason to Agree”