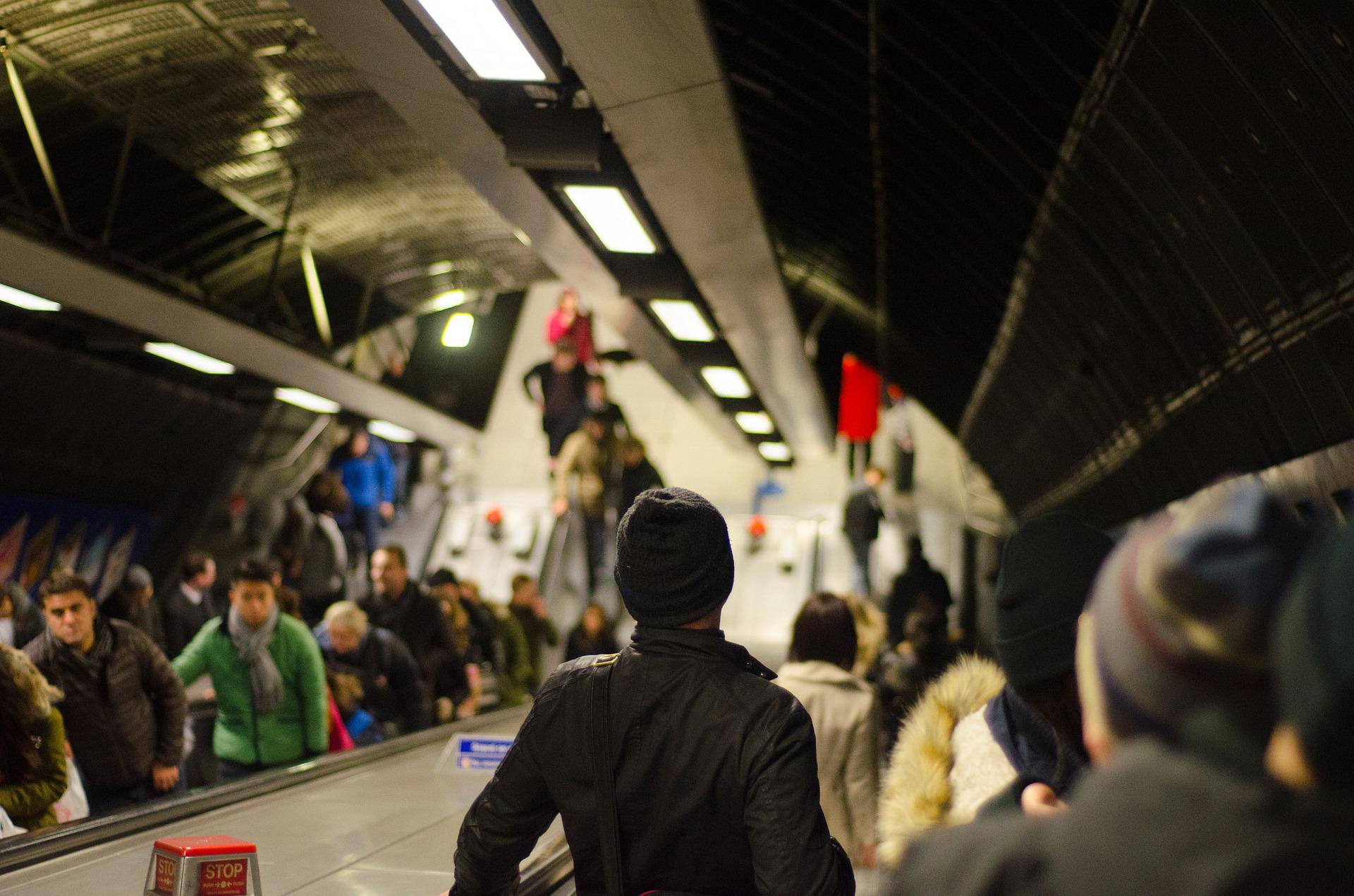 (Rudy and Peter Skitterians from Pixabay)

Back in 1975, most Americans who worked for established employers could say that they do indeed have a decent pension. Back then, what the experts call “defined-benefit” pension plans set the standard.

If you worked for a company with one of these plans, you could look forward to receiving — for every month of your retired life — a pension check based on your salary and years of service.

These defined-benefit plans gave employers the responsibility for funding their employee retirements. Employers contributed into retirement funds and used the investment returns these funds generated to keep pension checks flowing. If those returns came up short, employers had to fill the shortfall.

Corporate execs, not surprisingly, didn’t like bearing that risk. Over time, they maneuvered to shift the pension risk onto employees, mainly by substituting “defined-contribution” plans for the defined-benefit pensions that had their heyday in the decades after World War II. By the early 2000s, pensions had essentially morphed into employer-sponsored savings plans. 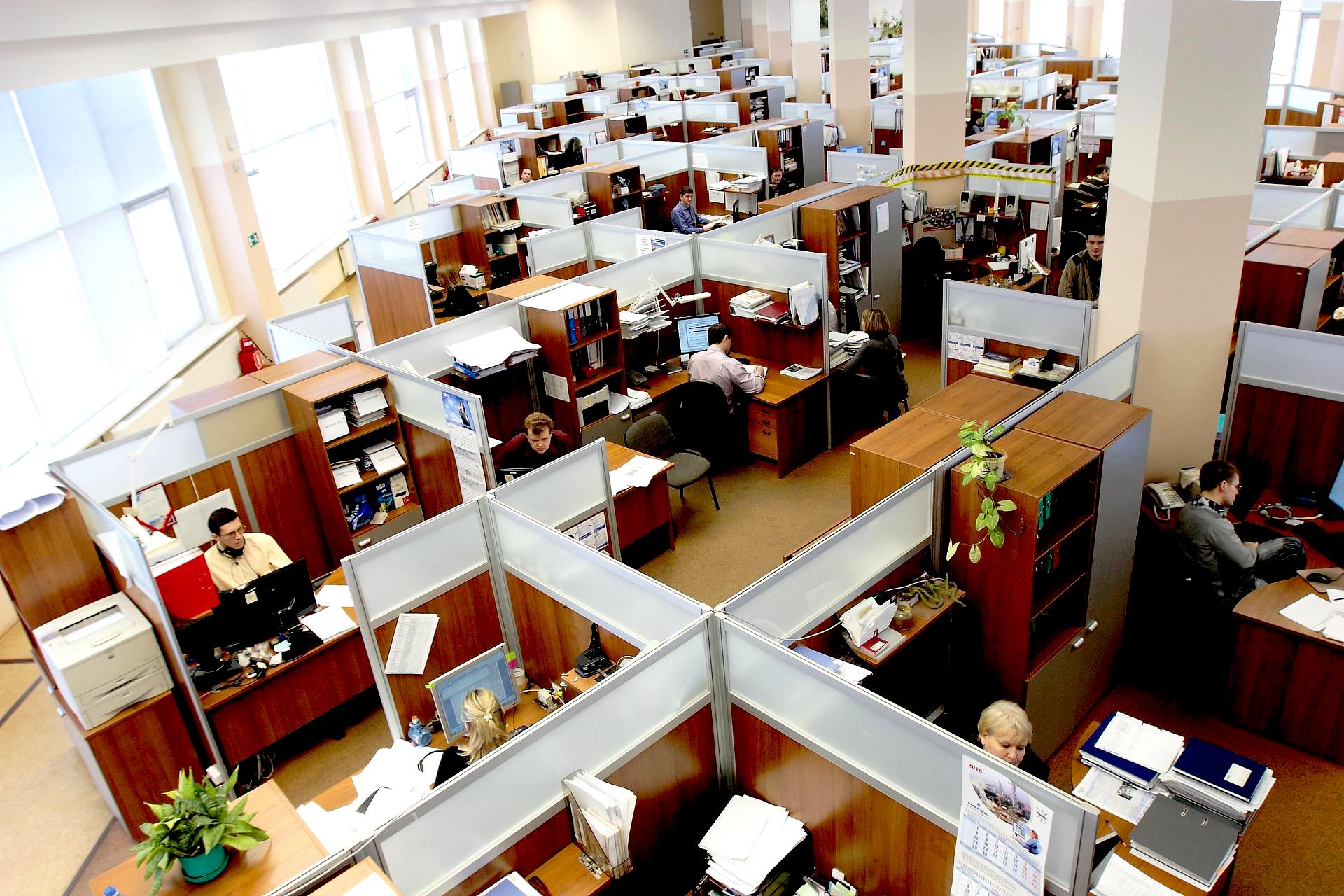 If those investments don’t deliver, tough luck — for the employee.

In other words, with 401(k)s and other types of defined-contribution plans, workers bear all the economic risk. And in times like today, with a swooning stock market, that risk looms large for the vast majority of American workers since, as CNN reports, only 4 percent of the nation’s workforce now have their retirement relying on a defined-benefit pension plan, “down from 60 percent in the early 1980s.”

“If those investments don’t deliver, tough luck — for the employee.”

And what has this tilt toward 401(k)s and the like meant for average working Americans? The National Institute on Retirement Security addressed that question last year in a landmark study.

“The United States,” the Institute concluded, “has seen retirement security for many working families deteriorate in recent decades as collective sources of retirement income, such as Social Security and pensions, have been allowed to weaken, while defined contribution plans have dominated the private sector.” 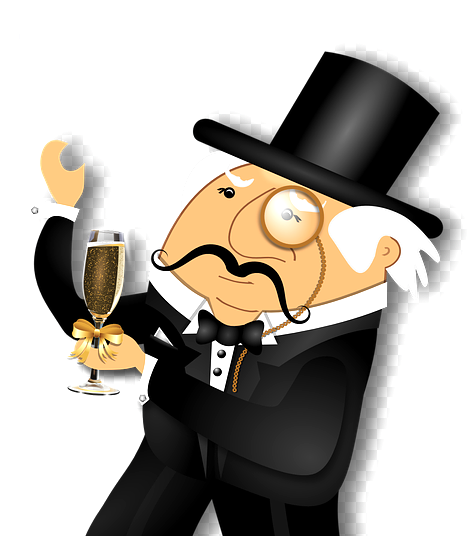 This retreat from collective sources of retirement income does have its fans. The affluent have benefited from 401(k)s far more than average workers, and that dynamic doesn’t figure to change. These affluent, CNBC financial planning analyst Kate Dore observed earlier this month, will always be more able to contribute substantial shares of their paychecks into their 401(k)s, “allowing more time for compounded growth and greater tax benefits over time.”

The greater tax benefits have added up. Over half the tax breaks for company retirement plans are now going to our top 10 percent of income-earners.

In other words, we’re not growing retirement security in the United States today. We’re growing — with our current approach to retirement — greater overall economic inequality. The already affluent have become more affluent, and everyone else has become more insecure.

What else could we expect, suggests Tyler Bond from the National Institute on Retirement Security, in a society where income and wealth have furiously concentrated at our economic summit?

So what can we do to start reversing the retirement status quo? 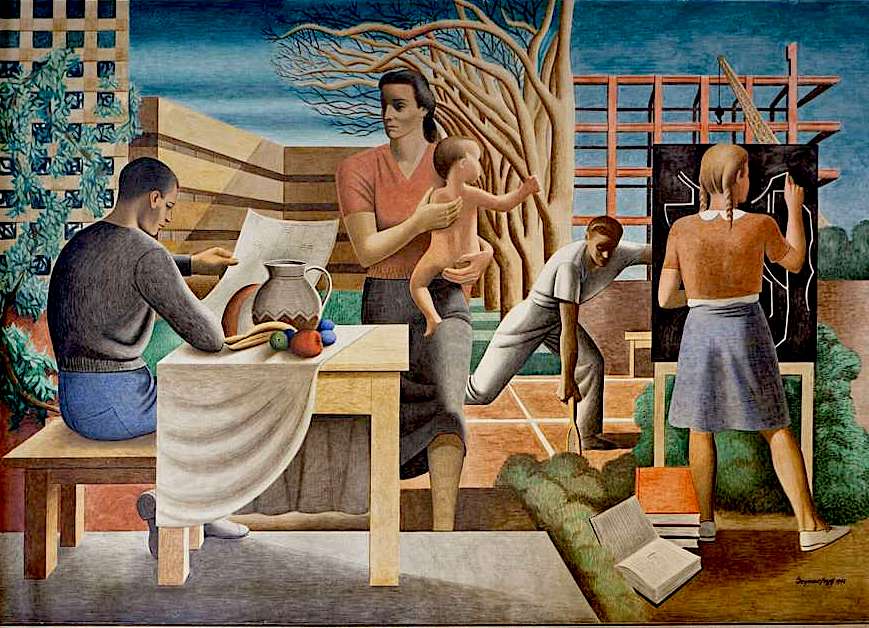 “Security of the People” mural by Seymour Fogel in the Wilbur J. Cohen Federal Building in Washington. (Photographs in the Carol M. Highsmith Archive, Library of Congress, Prints and Photographs Division)

In Congress, progressive lawmakers have just launched an effort to shove America in just that direction. They’ve introduced legislation — the Social Security Expansion Act — that would significantly increase the benefits that Social Security provides and pay for those benefits by increasing taxes on America’s most wealthy.

Sanders and Sen. Elizabeth Warren are sponsoring the Social Security Expansion Act, along with six other Senate co-sponsors, and Rep. Peter DeFazio has 19 co-sponsors on companion legislation in the House.

That sort of political move would also enjoy broad support. New national polling from the University of Maryland’s Program for Public Consultation shows “overwhelming bipartisan support” for subjecting income over $147,000 to Social Security tax, the core of the proposed Social Security Expansion Act. Some 88 percent of Democrats back that move — and 79 percent of Republicans!

“Maybe, just maybe,” says Sanders, “we might want to start listening to the overwhelming majority of the American people who want to expand Social Security and stop listening to right-wing billionaires who want to cut, privatize, and dismantle it.”

← The Lethality of the Global Monroe Doctrine
If Albanese Asks for Assange’s Freedom, Biden Has Every Reason to Agree →

9 comments for “Taxing the Rich to Boost Social Security”