The GrayZone has revealed leaked emails that show the British government’s involvement with private actors plotting to take down GrayZone and asking who is behind Consortium News, writes Joe Lauria. 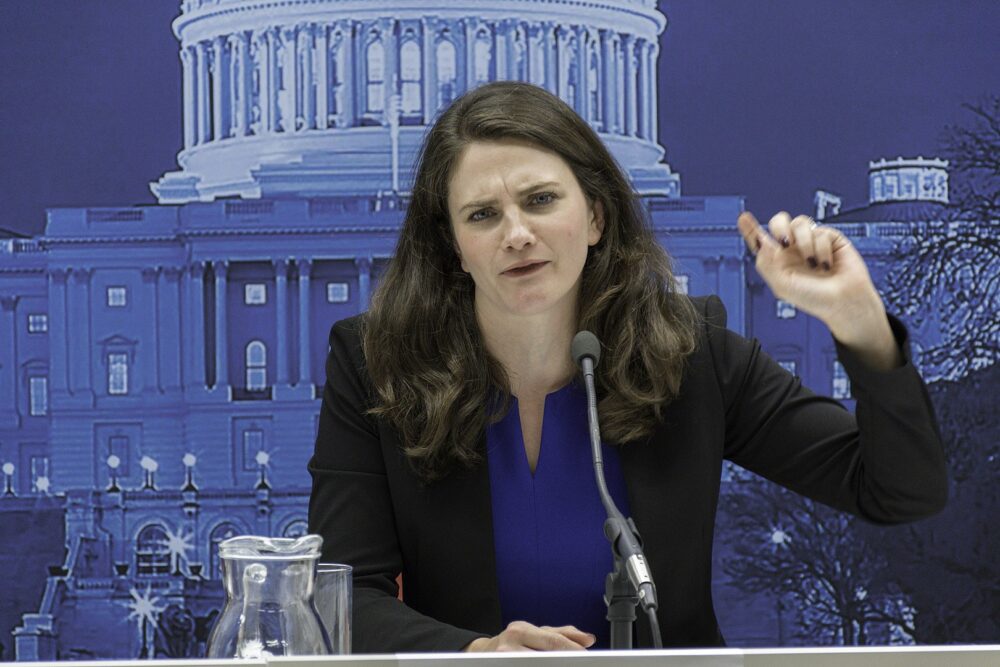 The Establishment’s war against independent media took an even darker turn with revelations by The GrayZone on Thursday that the British government and private disinformation “experts” discussed how to damage The GrayZone’s credibility and funding, while raising suspicions about Consortium News.

The emails were leaked anonymously to The GrayZone and were authenticated through their metadata, GrayZone reporter Kit Klarenberg, who co-authored the piece with GrayZone editor Max Blumenthal, told Consortium News.

The two men were organizing a meeting of establishment figures “because, like us, you have also been targeted by a network of pro-Russian trolls…This network revolves around the outlet known as Grayzone and includes a dozen or so individuals who use online intimidation, bullying and harassment to promote pro-Kremlin talking points,” Khan wrote.

“In one leaked email,” The GrayZone reported, “Mason thundered for the ‘relentless deplatforming’ of The Grayzone and the creation of ‘a kind of permanent rebuttal operation’ to discredit it.” In another email, Khan calls for “full nuclear legal to squeeze them financially.”

The emails provide important insight into efforts to involve the British government and appears to settle the question about the relationship between “citizen journalism” outfit Bellingcat and British intelligence. Mason, in one email,  said Bellingcat had been receiving “a steady stream of intel from Western agencies.”

Though Bellingcat has issued denials in the past they have long been suspected to have intelligence ties. I first heard of them in 2014 from the British ambassador to the U.N. who at background briefings to the press that I attended mentioned Bellingcat approvingly almost every week. Mason suggested inviting Bellingcat to the GrayZone meeting to provide “intel service input by proxy.”

Mason has openly called for government to be involved in fighting what he calls disinformation. And the emails reveal his efforts to do so, with apparent relunctance on the part of the government.

Mason writes in another email that he invited someone from the National Security Council’s Communications Directorate, a Whitehall unit “tasked with hybrid threats,” to attend the anti-GrayZone meeting but he declined so as not to “jeopardise outcomes later.”

In another email, Mason writes that he asked “two people on the official side” does “the state monitor and counter left disinfo” and “they said no.” It was an answer Mason seems to have taken at face value. “But this is exactly why someone needs to do it,” Mason writes.

In fact, the British state has gotten in the business of countering what it sees as disinformation when it made Russian state media illegal in the U.K. after the Russian invasion of Ukraine. But it apparently has not gone far enough for Mason and Khan in countering sites like The GrayZone. Mason and Khan’s discussions reveal a proposal from a government official to make a formal complaint about The GrayZone to OFCOM, the government’s media regulator.

Mason, in one email, shows awareness of what is really the crux of the matter. He asks Khan whether he knows the researcher Emma Briant, whom Mason calls a “specialist in this.” Mason then adds that he agrees with Briant’s concern about “the British state’s inability to do this stuff without repressing geniune left critical voices.”

‘Who Is Behind Consortium News?’

Image of leaked email from Khan to Mason on CN. (The GrayZone)

According to The GrayZone, Mason wrote to a British government official on April 8 objecting to an article I wrote four days earlier in which I raised questions about the Bucha massacre; said it was still unclear who was responsible; called for an independent probe and warned against rushing to judgement.  I did not exonerate Russia, saying its soldiers may have well been behind the killings. Consortium News is contacting this official to confirm that it was he who engaged in this email exchange with Mason.

My sin, apparently, was to even dare question the narrative that was immediately being enforced before any evidence had even been gathered. That set this Mason off, according to the email, questioning this apparent official about “who is behind” Consortium News.

The official responded that he had contacted Nina Jankowicz, who at the time was heading the Biden administration’s new Disinformation Governance Board under the Department of Homeland Security. (She has since resigned and the board has been mothballed after a fierce backlash). The official said Jankowicz had told him that she would “ask around” about Consortium News.

It is not clear who she asked, whether in or out of government. But Jankowicz told the official she thinks CN was not being funded, presumably by a foreign power such as Russia, but instead were just being “useful idiots.”

It is the same, tired formula that was used to brand anti-Vietnam war protestors as tools of Beijing, Moscow and Hanoi. Criticism of one’s own government’s murderous policies just won’t be tolerated.

Consortium News has been around for nearly 27 years and established itself by breaking with corporate media before the 2003 invasion of Iraq and the 2016-to-present Russiagate story. In both cases, CN was proven right, and the corporate media wrong.

CN supports no side in the Ukraine war but has examined the causes of the conflict within its historical context that is being whitewashed from mainstream Western media, which seems to signal people like Mason, and Jankowicz that CN is not legitimate journalism.

Like the British state, as Briant pointed out, they appear unable to distinguish between independent editorial judgement that counters the mainstream, and being either “useful idiots” or funded by a foreign government. CN is funded by no government, corporation or advertisers and is producing an outside audit to prove it.

What is lost in this is the focus on whether information is true or not, and not only what its source is.

What marks independent journalism is that it examines information from various sources and uses its own agency of editorial judgement to decide what can be determined to be true or false based on the evidence, not the source.

They are operating on the shallow assumption that Western governments really are motivated by humanitarian concerns and spreading democracy rather than pursuing economic and geopolitical interests often in the most brutal manner.  They have turned reality on its head: support for Western goals is information and exposing its actual goals is disinformation. 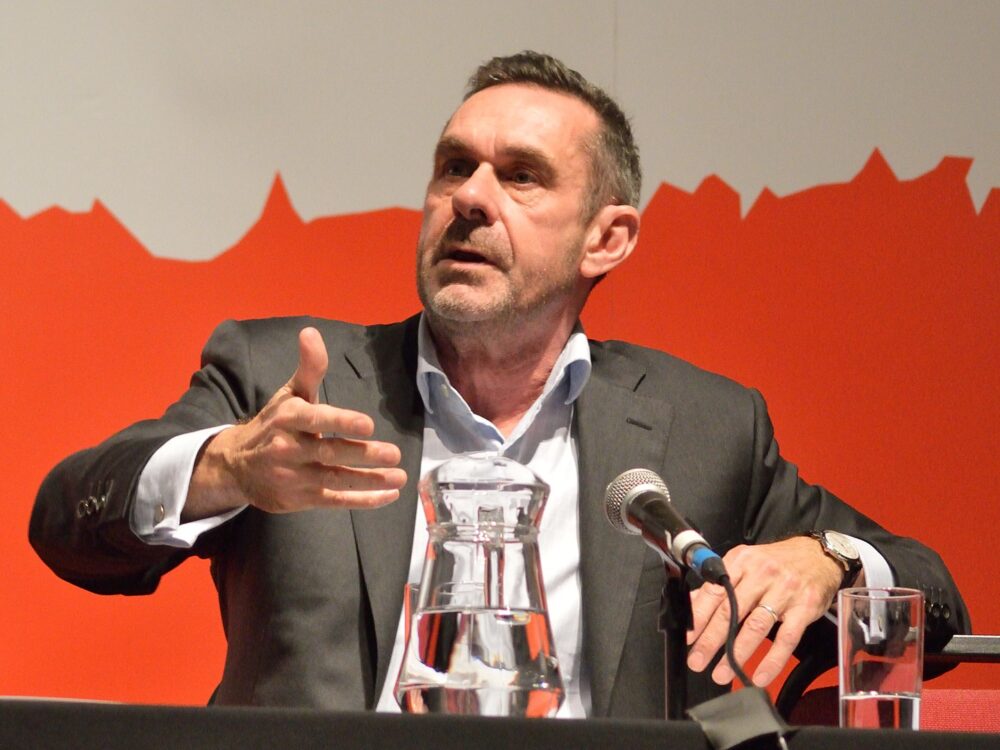 What surprisingly emerges then from these leaked emails, in which we see the unvarnished, private discussions among these “experts” and officials is that they really do seem to believe in what they are doing. The language of the emails does not appear to be that of operatives cynically defending the interests of powerful people, even though that is what they are doing.

It is possible they are too clever to write down, even in emails to themselves, that independent media, such as Consortium News — however limited its influence — needs to be stopped because it is a threat to those interests.

This British official undermines such an assessment of cleverness, however, when he tells Mason that he’s not sure he agrees with Jancowicz that CN isn’t being foreign funded. He points to what he says is a “gap” in Consortium News‘ publishing history between 2005 and 2011.

There was no gap in publishing. CN published throughout those years as can be easily seen on the Wayback Machine. CN began publishing on WordPress in 2011, and its founder, Bob Parry, transferred only some of the most important articles between 2003 and 2011 to WordPress.

This assessment betrays a knee-jerk reaction and an impulse to find suspicion when one is looking for it, even when it doesn’t exist. It is typical of an ideologue on a mission, not a careful researcher.

Khan did not respond to repeated requests for interviews from CN left on his voicemail and sent to him via Signal and Telegram before this article was written. CN went to his address in London and knocked on his door, only to learn that he had moved four months earlier. Mason issued a non-denial, denial on Medium.

The knowledge that someone as influential at the time as Jankowicz had inquired into Consortium News follows PayPal permanently banning CN and NewsGuard’s review. All of these moves came as Consortium News‘ readership increased with its coverage of Ukraine.

Though these disinformation “experts” operate in the same milieu and many know each other, and though Mason mentions in one email that The GrayZone should be de-platformed — “as with PayPal/compendium (sic) and mintpress,” there is as yet no evidence that these moves against CN were coordinated.

As these actors are motivated by the same objective to suppress criticism of the Establishment’s agenda, especially in Ukraine, they could have well acted on their own initiatives at around the same time.

The most disturbing element of the GrayZone revelations is the confirmation that these supposedly private actors are in close contact with parts of the British government, and in the case of Bellingcat at least, are recipients of government intelligence.

While NewsGuard has partnerships with the Pentagon and the State Department as well as powerful former government officials on its advisory board, there is no evidence at the moment of U.S. government involvement, for instance, with PayPal.

In his May 4 column in The New Statesman, Mason makes no apologies calling for direct state involvement. “We need state action to challenge the hate speech, lies and threats generated by the far right and the pro-Kremlin left,” read the subhead. He calls the U.S. Constitution “dysfunctional” because it protects what he calls “disinformation.”

“Disinformation is often defined as false information purposefully spread. But the most effective disinformation comes from spreaders who don’t know it’s false: who ardently believe it … People who share this kind of material do so because they want to believe it. The websites, Twitter accounts and YouTube channels spreading such disinformation target an audience that has drunk so much Kremlin Kool-Aid, from RT, Sputnik and George Galloway, that they cannot drink anything else.”

If Paul Mason looked in a mirror, might he see himself spreading false information purposefully because he does not know it is false and ardently wants to believe it? Might he also notice his lips tinged by the Kool-Aid dispensed from Washington and Whitehall?

Indeed, who are the useful idiots?

CORRECTIONS: The GrayZone initially incorrectly identified the sender of the email regarding Jancowicz as Amil Khan, which CN repeated. Khan did not send the email. The GrayZone also reported and CN repeated that Khan was embedded with terrorists in Syria. Khan denies this and it has been removed.

48 comments for “The Plot Against GrayZone & Suspicions About Consortium News”