Sarah Anderson says Biden has the power to crack down on executive excess by imposing new CEO pay and buyback restrictions on federal contractors. 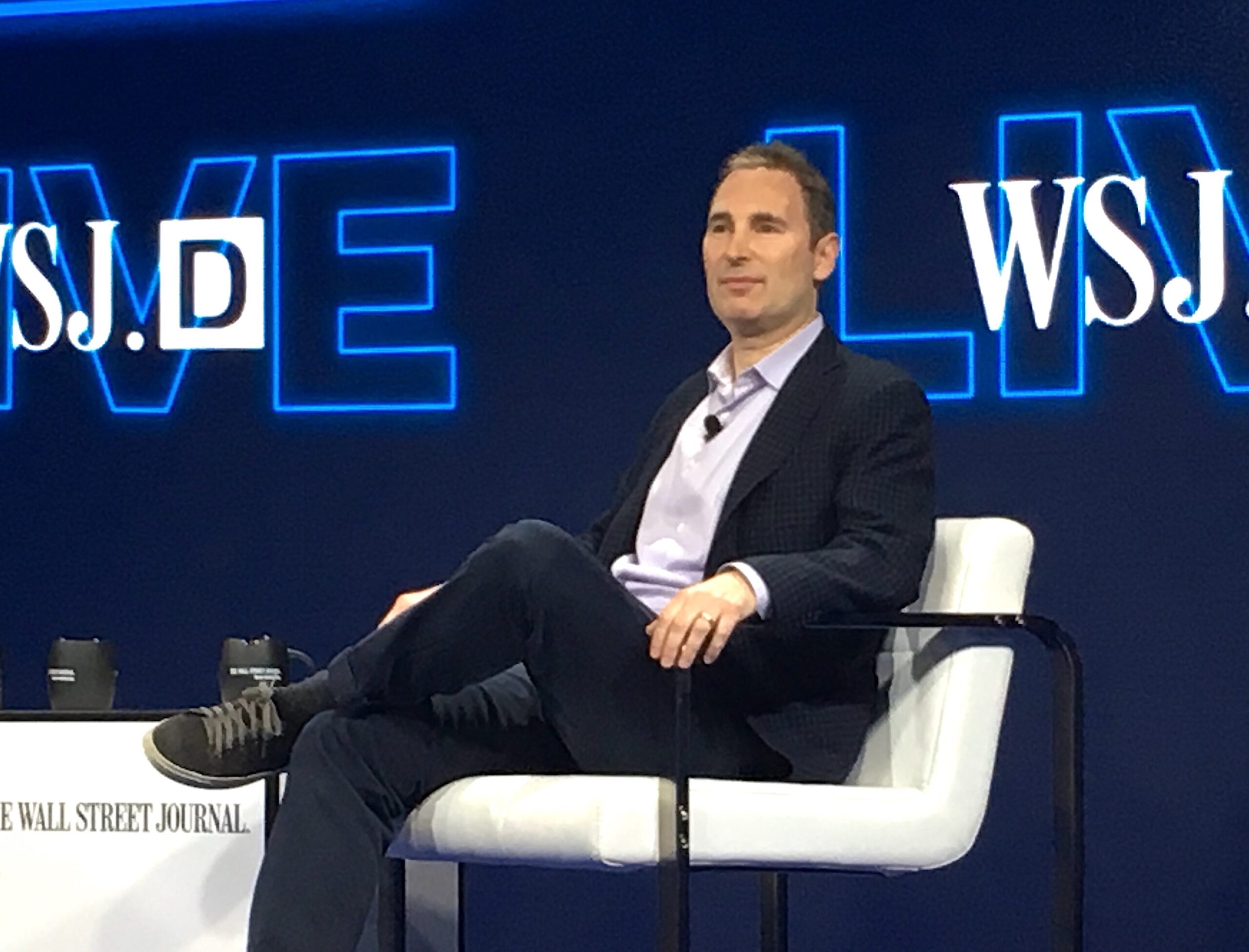 A new Institute for Policy Studies report, “Executive Excess 2022,” reveals how low-wage corporations have continued to pump up CEO pay during the pandemic while workers are struggling with rising costs.

The report zeroes in on compensation trends at the 300 publicly held U.S. corporations that reported the lowest median worker wages in 2020. At over a third of these firms — 106 in all — median worker pay either fell or failed to rise above the 4.7 percent average U.S. inflation rate in 2021. 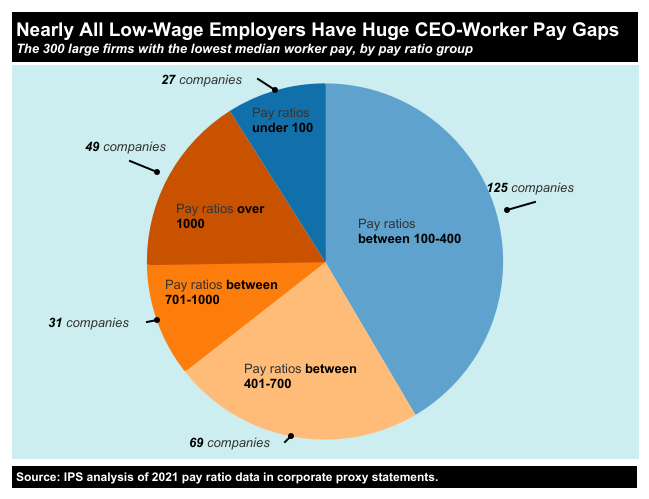 Of the 106 companies in our sample where median worker pay did not keep pace with inflation, 67 blew a combined total of $43.7 billion on stock buybacks. This financial maneuver inflates executive stock-based pay and drains capital from worker raises, R&D, and other productivity-boosting investments.

Corporate America’s perverse pay practices become even more disturbing when we consider another often overlooked reality: Ordinary Americans are supporting our inequitable corporate economic order through the hundreds of billions of dollars in taxpayer-funded contracts and subsidies that flow every year to for-profit businesses.

Of the 300 companies in our sample, 40 percent received federal contracts totaling $37.2 billion over the past few years.

This argument quickly falls apart when we compare CEOs at major contractors with the government officials ultimately responsible for their contracts.

The U.S. secretary of defense, for instance, manages the country’s largest workforce —  more than 2 million employees — and makes life-and-death decisions on a daily basis. And yet the defense secretary and other Biden cabinet members make just $221,400 per year, less than three times as much as the $76,668 average federal employee annual pay.

By contrast, at the low-wage contractors we studied, CEO pay averaged $11.8 million and the average CEO-worker pay ratio sat at 571-to-1 in 2021. 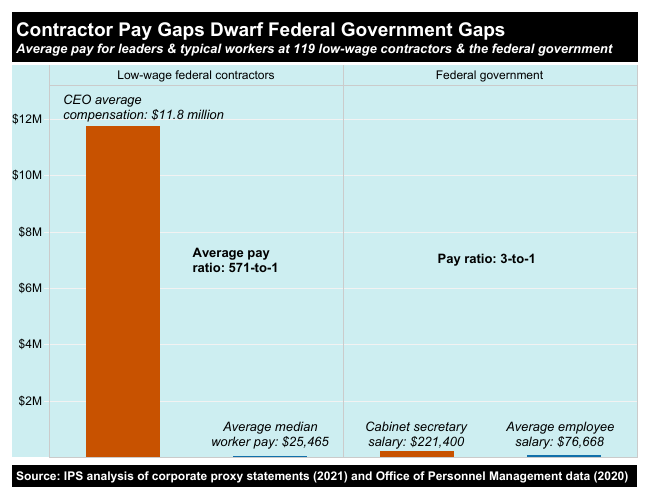 Across the political spectrum, Americans are fed up with executive excess. One new poll shows that 87 percent see the growing gap between CEO and worker pay as a problem for the country.

President Joe Biden should not wait for Congress to tackle this problem. He already has the power to steer Corporate America in a more equitable direction through new standards for federal contractors, a set of companies that employ an estimated 25 percent of the U.S. private sector workforce.

Biden took an important step when he set a $15 per hour minimum wage for contractors. Now he should go further by making it hard for companies with huge CEO-worker pay gaps to land a lucrative deal with Uncle Sam.

Encouraging big companies to narrow their gaps is a matter of fairness — but not only a matter of fairness. It would also help ensure that taxpayer-funded contractors perform high-quality work, since study after study has shown that extreme pay disparities tend to undermine employee morale and boost turnover rates.

The president could also require contractors to remain neutral in union organizing campaigns, a move consistent with his recent show of support for workers fighting CEOs’ union-busting efforts at Amazon and Starbucks.

The Congressional Progressive Caucus called on Biden to take such actions in March.

The president could also prohibit CEOs from personally benefiting from stock bumps that occur when they make the decision to spend company resources on stock buybacks. This would help get the ball rolling on his proposal for legislation along these lines.

Executive actions, of course, can be repealed by future presidents. That’s one reason to continue pushing legislative solutions, such as raising the corporate tax rate on companies with large CEO-worker pay gaps.

Given the current congressional gridlock, though, the president should not hang back. The next White House occupant might want to undo these actions, but he or she would have a hard case to make. How do you persuade taxpayers they should be funding corporations that are fueling inequality?

Sarah Anderson directs the Global Economy Project at the Institute for Policy Studies and is a co-editor of the IPS web site Inequality.org. Follow her at @SarahDAnderson1. She is a co-author of the report Executive Excess 2022.