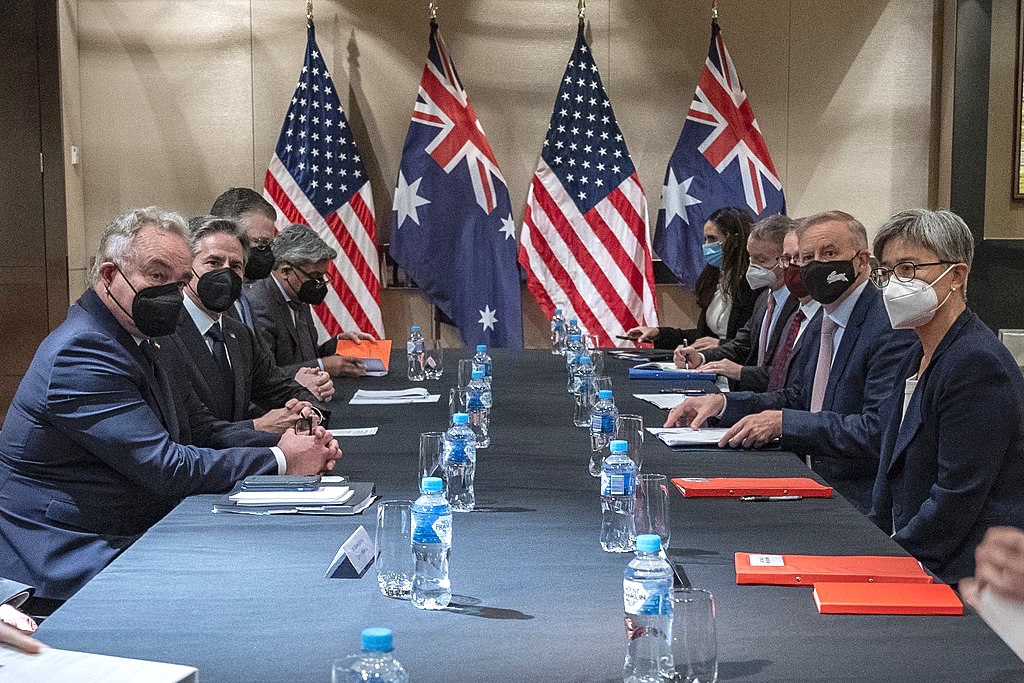 Anthony Albanese, the newly-elected Australian prime minister, may have passed up the best opportunity he will ever have to exchange Julian Assange’s freedom for Australia’s continued cooperation with U.S. aims in the Pacific region.

Albanese had his first bilateral meeting on Tuesday with U.S. President Joe Biden after a Quadrilateral Security Dialogue (Quad) summit in Tokyo, when the leaders of the four nations — Australia, India, Japan and the U.S. — met to discuss relations with China.

Reports on the Biden-Albanese one-on-one make no mention of Assange. At the opening of their meeting Biden launched a charm offensive that Albanese ate up.  The Melbourne daily The Age reported:

“The way Joe Biden greeted Anthony Albanese on Tuesday suggested the US president and Australian prime minister will get along just fine.

Biden pointed to Albanese as soon as he saw him arrive for the official photographs at the Quad leaders’ summit on Tuesday. The president put a hand on his arm and greeted him with a warm smile.  …

Once the formalities were over, Biden drew Albanese in close again. He put his arm over Albanese’s shoulder as they walked toward the meeting room …. In fact, Biden hammed it up to make sure everyone knew the relationship between the US and Australia was in safe hands on both sides of the Pacific. …

Later, in their formal bilateral meeting, when Albanese spoke about his travel across the US as a young man and revealed he had met with the National Rifle Association, Biden jokingly stood up, pretending to leave their bilateral talks in disgust. Albanese burst out laughing, as did most others in the room, before Biden reached out to shake his hand. ‘You’re a brave man,’ he said.”

Much of the substance of their bilateral was telegraphed in advance, and it did not include Assange. In remarks Monday before he even left for Japan, Albanese had already said his Labor government is fully on board with the Quad’s agenda, as the previous government of Scott Morrison had been.

More importantly, Albanese said Australia would sign on to Biden’s just announced creation of a new, 13-nation Asian economic bloc aimed at opposing China’s economic dominance in the region, according to reports in The Australian and The Sydney Morning Herald.

Biden had only just announced the new bloc on Monday. Before he was even sworn in, Albanese apparently told Biden about Australia joining the bloc during a telephone conversation they had on Sunday as Biden flew to Japan.

Albanese was quoted in The Australian as saying that,  “He would ‘send a message to the world that there’s a new government in Australia’, while reassuring partners there would be ‘continuity in the way that we have respect for democracy and the way that we value our friendships and long time alliances.’”

“Albanese spoke to UK counterpart Boris Johnson while flying to Tokyo on Monday. A spokesman described the conversation as friendly and positive. The discussion with Johnson included a commitment from Albanese to support the AUKUS alliance on nuclear submarines and talks on climate change.” 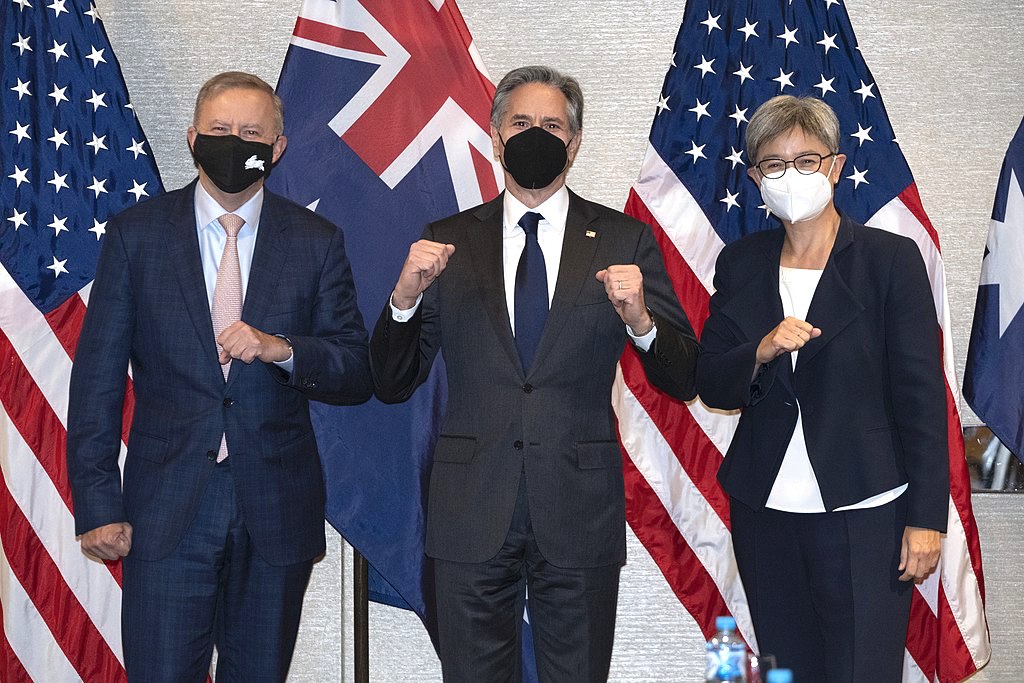 Apparently asking for nothing in return, Albanese gave away the store to Biden and Johnson, not even raising Assange’s name, according to these reports. He had the leverage of asking Biden to drop the case and Johnson to block the extradition in exchange for continuity from the Morrison government on AUKUS, the Quad, and on joining Biden’s new economic bloc.

Of course, not everything discussed between the leaders was reported. There remains an outside chance Albanese did raise Assange in his conversations with Biden.  But there has been no movement on Assange after Albanese gave Biden and Johnson what they wanted.

At his bilateral with Biden Albanese may have had one piece of leverage left. Biden’s remark Monday that the U.S. would militarily defend Taiwan broke with previous U.S. and Australian policy.  The Guardian reported Monday: “Just six months ago, Labor criticised the then-defence minister Peter Dutton for telling the Australian newspaper: ‘It would be inconceivable that we wouldn’t support the US in an action if the US chose to take that action’ in Taiwan.”

If Biden asked Albanese to reverse Labor’s policy and commit to military action against China over Taiwan — a very serious request — did Albanese raise the subject of Assange?  Afterward, he told reporters: “I confirm there’s no change in Australia’s position. There should be no unilateral change to the status quo. Our position has not changed.”

With British Home Secretary Priti Patel’s decision on extradition imminent, it may have been Albanese’s best chance to make good on his past comments that “enough is enough” and that Assange should be freed.