The British home secretary is under pressure as she’s about to decide whether to extradite WikiLeaks publisher Julian Assange. 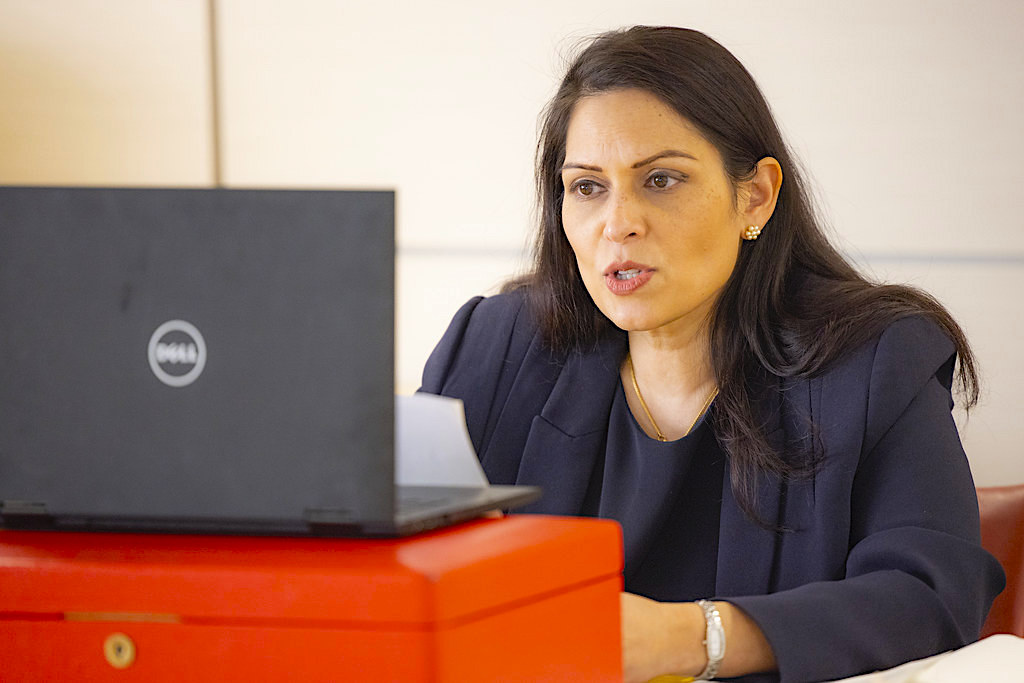 At some point during the next nine days, British Home Secretary Priti Patel will decide whether or not to extradite imprisoned WikiLeaks publisher Julian Assange to the United States to face espionage charges for publishing accurate information revealing U.S. war crimes.

Pressure is building from both sides on the home secretary.  Press freedom and human rights organizations, a Nobel laureate, the Council of Europe’s human rights commissioner, journalists and Assange supporters have appealed to Patel to let Assange go.

While it would be deemed improper for outside influence to be brought on judges, it would not be fanciful to imagine that behind the scenes Patel is getting the message from the U.S. Department of Justice and possibly from U.S. and U.K. intelligence services about what is expected of her.

The home secretary should know without prodding what the U.S. and British governments want her to do. Patel is a highly-ambitious politician who no doubt will calculate how her decision will impact her career.

“Politicians think about their next election, they think about their voters … that’s what makes them tick,” Kristinn Hrafnnson, WikiLeaks editor-in-chief, told Consortium News at a protest outside the Home Office in London last Wednesday. “For the first time it’s in the hands of a politician, and Priti Patel, if she wants to think about her legacy … she should do the right thing.”

“Politics is a strange beast,” Hrafnsson said. “Anything can happen. I’m hoping this is something that will be taken up in the Cabinet here. Let’s not forget that Boris Johnson was a journalist. He was part of the media community and should have better understanding of this case than many others.”

Patel is acting after the U.K. Supreme Court refused to hear Assange’s appeal of a High Court decision to overturn a lower court ruling barring Assange’s extradition on health grounds and the danger of U.S. prisons. The High Court decided solely on conditional U.S. promises that Assange would be well treated in custody.

With the courts no longer involved and the decision solely in Patel’s hands, the case now is purely political, meaning political pressure can be brought to bear on the home secretary.

“The home secretary has the discretion to block this extradition, and there is a lot of pressure from civil society and press freedom groups for her to do so,” said Stella Assange at a film screening on Thursday.

She said the “heaviest” pressure had come from Dunja Mijatovic, the human rights commissioner for the Council of Europe, “urging Patel to block it.” Mijatovic wrote to Patel on May 10, saying:

“I have been following the developments in Mr Assange’s case with great attention. In the judicial proceedings so far, the focus has mainly been on Mr Assange’s personal circumstances upon his possible extradition to the United States. While a very important matter, this also means, in my opinion, that the wider human rights implications of Mr Assange’s possible extradition, which reach far beyond his individual case, have not been adequately considered so far.

In particular, it is my view that the indictment by the United States against Mr Assange raises important questions about the protection of those that publish classified information in the public interest, including information that exposes human rights violations. The broad and vague nature of the allegations against Mr Assange, and of the offences listed in the indictment, are troubling as many of them concern activities at the core of investigative journalism in Europe and beyond.

Consequently, allowing Mr Assange’s extradition on this basis would have a chilling effect on media freedom, and could ultimately hamper the press in performing its task as purveyor of information and public watchdog in democratic societies.”

Nobel Peace Prize laureate Adolfo Pérez Esquive has also written to Patel. “I join the growing collective concern about the violations of the human, civil and political rights of Mr. Julian Assange,” the Argentine wrote. He called the extradition request “illegal and abusive” and said it imperiled press freedom and could bring “potentially fatal consequences” to Assange.

Julian Assange's wife collected the Gunther Wallraff prize on behalf of her husband in Germany on Thursday. The imprisoned WikiLeaks publisher continues his fight against extradition and a 175 year sentence for publishing truthful information, including revealing war crimes pic.twitter.com/ILYdTJtlMi

Amnesty International released a statement at the end of April calling on Patel to deny extradition. “If the Home Secretary certifies the US request to extradite Julian Assange it will violate the prohibition against torture and set an alarming precedent for publishers and journalists around the world,” Amnesty said. It went on:

“Prolonged solitary confinement is a regular occurrence in the USA’s maximum-security prisons. The practice amounts to torture or other ill-treatment, which is prohibited under international law. The assurances of fair treatment offered by the USA in Julian Assange’s case are deeply flawed and could be revoked at any time. Extradition to the USA would put Assange at risk of serious human rights violations, and hollow diplomatic assurances cannot protect him from such abuse.

If the UK government allows a foreign country to exercise extraterritorial criminal jurisdiction to prosecute a person publishing from the UK, other governments could use the same legal apparatus to imprison journalists and silence the press far beyond the borders of their own countries.”

“There has been a huge mobilization all over Europe in many countries and 1,800 journalists have written an open letter to Priti Patel saying that this case should be blocked because it affects their safety because of the implications for global press freedom,” Stella Assange said.

Reporters Without Borders submitted a petition to Patel on Thursday with 65,000 signatures. It was delivered to British embassies in eight countries, Assange said.  More than  700,000 Australians have also signed a petition.

The election on Friday of just the fourth Labor government in Australia since the Second World War may bode well for Assange. The new prime minister, Anthony Albanese, has said publicly that Assange should be returned to his native Australia.

It is now up to the new prime minister to pick up the phone and call Joe Biden to tell him that “enough is enough” means the prosecution must be dropped and Assange sent home. He also knows Patel’s phone number.

“Albanese, I hope he will stick to his promises and convictions,” Hrafnsson said. But he is skeptical. “I’ve been a journalist for 30 years to rely on politicians is something … I’d rather be betting on the card table I guess.”

Julian Assange's wife speaking to @theprojecttv: "70% of Australians want Julian to come home – the incoming government must give expression to the will of the Australian people" @StellaMoris1 #FreeAssangeNOW pic.twitter.com/GE23sycg4a

If Patel decides to extradite Assange it’s not the end of the legal road for Assange. He has the option of launching a “cross” appeal to the High Court. Though he won in magistrate’s court on health grounds and the condition of U.S. prisons, the judge ruled on every other point of law in Washington’s favor.

Judge Vanessa Baraitser denied that the case was a political offense in violation of the U.S.-U.K. extradition treaty; that it violated the U.S. first amendment and threatened press freedom; and that Assange’s rights to due process were violated when it was revealed that the C.I.A. had spied on privileged conversations with his lawyers and she ignored testimony that the C.I.A. had discussed kidnapping or poisoning Assange.

“The judges will have all the other elements, the important elements, that were discussed by the magistrate’s court but disregarded by the High Court because it was not the appeal point,” Hrafnsson said. The U.S. appeal was only about Assange’s health and U.S. prison conditions and Washington won because it convinced the judges of the credibility of its conditional assurances to treat Assange humanely.

Since Baraitser’s Jan. 4, 2021 decision, other facts have emerged that could form part of the cross appeal. The C.I.A. plot against Assange was further corroborated by U.S. officials in a Yahoo! News report. A key U.S. witness on computer charges against Assange recanted his testimony. And Assange’s health has further deteriorated when he suffered a mini-stroke last October.

Assange’s legal team hopes the High Court will hear the cross appeal on at least some of the nine points it would raise. “If Priti Patel signs the extradition, then we will be given the opportunity to seek to appeal on all the points that were lost,” said Stella Assange. “It’s basically as if we had lost back in 2021. That’s the position we are in now. ”

18 comments for “Pressure Mounts on Patel Over Assange Decision”