Consortium News has asked the National Press Club in Washington to join other leading press freedom organizations in calling for Julian Assange’s release. 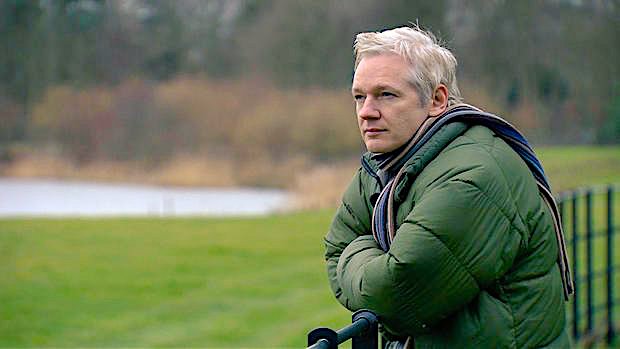 Julian Assange in his years of freedom.

As part of its mission, the U.S. National Press Club defends the rights of persecuted journalists around the world. Despite being lobbied before, the Press Club has so far refused to add its name to a growing list of prestigious press freedom organizations publicly opposing imprisoned WikiLeaks publisher Julian Assange’s extradition to the United States.

At its general membership meeting on Friday, the club’s president, Jen Judson, was asked by member Skip Kaltenheuser why the club was not defending Assange. A club officer responded that Assange’s case was discussed at a public club meeting on cyber-security “more than five years ago.”

Without saying why, she admitted that the Press Club has not spoken out on Assange’s case. “We continue to keep track of the legal issues around the case, even if we haven’t spoken about it, but it’s not that we are not aware of what’s going on.” (Watch the video of the question and answer at 1:00:11.)

Assange appeared at the U.S. National Press Club in April 2010 where he revealed the Collateral Murder video.

Also on Friday, CN Editor Joe Lauria, who is a National Press Club member, wrote to club president Judson to appeal to the club to publicly oppose Assange’s extradition.

The text of the letter follows:

The Club deserves much credit for standing up for journalists like Austin Tice and Emilio Gutierrez.

The National Press Club should not be left off this list of august defenders of press freedom and human rights.

Assange is imprisoned in London for publishing accurate information that he received from a source in 2010. Then Vice President Joe Biden told Meet the Press in December of that year that Assange could not be prosecuted if it could not be proven that he took part in obtaining classified materials and if he only acted as a publisher to receive them. The Obama Department of Justice then declined to indict Assange. It was the Trump administration, whose C.I.A. discussed kidnapping and poisoning Assange, according to Yahoo News‘ exhaustive report, that indicted him anyway.

Assange’s prosecution has nothing to do with WikiLeaks‘ releases regarding the 2016 U.S. presidential election but only 2010 releases about the Iraq and Afghan wars.

Charging a publisher with espionage for the routine practice of receiving classified information and encouraging that source to provide more would endanger the freedom of any journalist who engages in the exact same activity. Amnesty International said: “If the Home Secretary certifies the US request to extradite Julian Assange it will violate the prohibition against torture and set an alarming precedent for publishers and journalists around the world.”

As Assange’s fate hangs with the British home secretary, it behooves the National Press Club, with its long tradition of defending press freedom, to publicly oppose his extradition and thereby defend the rights of all journalists everywhere.