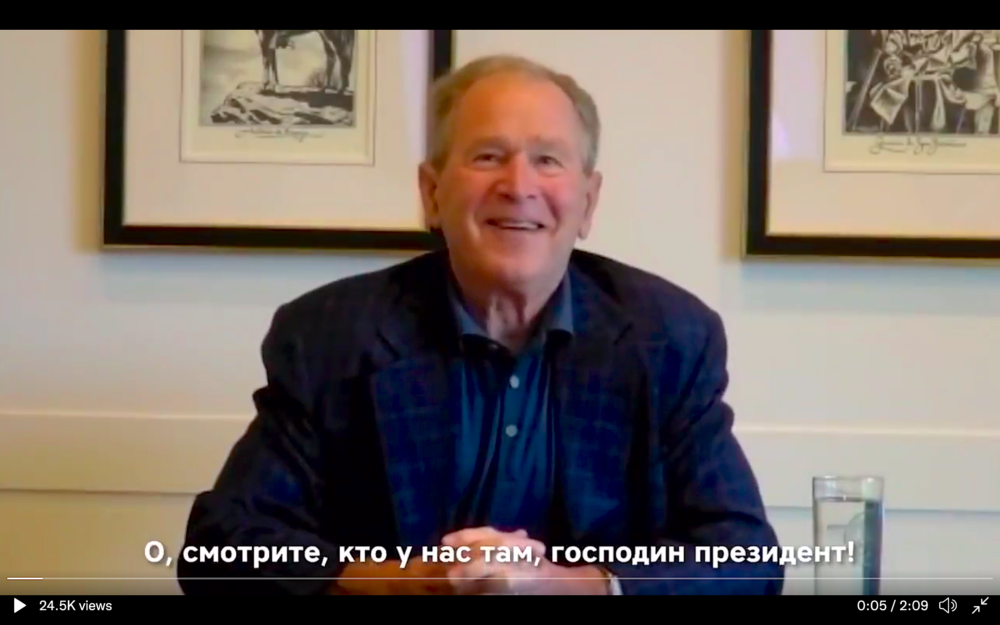 Believing that he was actually speaking with Ukrainian President Volodymyr Zelensky, former U.S. President George W. Bush has been duped by a prankster into admitting that NATO expansion eastward towards Russia had violated a U.S. promise not to do so. “Listen, times change,” Bush says in a video created by the Russian prankster duo known as Vovan and Lexus.

After “Zelensky” calls Bush “a very, very wise person,” the former U.S. president says he didn’t want Russia to become a member of NATO either, but rather, “I wanted them on the fringe of NATO. I wanted Ukraine in NATO.”

Bush tells “Zelensky” that “your mission is to destroy as many Russian troops as you can.”

He then condemns Russian President Vladimir Putin for essentially putting an end to Wall Street and Washington’s domination of Russia under President Boris Yeltsin. “I thought for a while that Russia would be more cooperative and then Putin changed dramatically,” Bush tells the fake Zelensky.

NATO’s expansion eastward is one of the causes of the Ukraine war, especially after the West in December rejected Moscow’s treaty proposals for a new security arrangement in Europe. Russian pranksters (who have been banned from YouTube) put out a short video. Here is a longer clip:

In a prank call George W. Bush admits the US broke its promise to Russia not to expand NATO eastwards because “times have changed” and the US was “adjusting to the times”. Important for all nations to know that US agreements have an undisclosed expiry date pic.twitter.com/0iAPLgpAU0

42 comments for “Bush Admits US Broke Promise on NATO Expansion; Says Ukraine Should ‘Destroy as Many Russian Troops’ as Possible”