Biden should invite all the heads of state in the region to the Americas’ Summit to foster better dialogue and a brighter future for the hemisphere, writes Medea Benjamin. 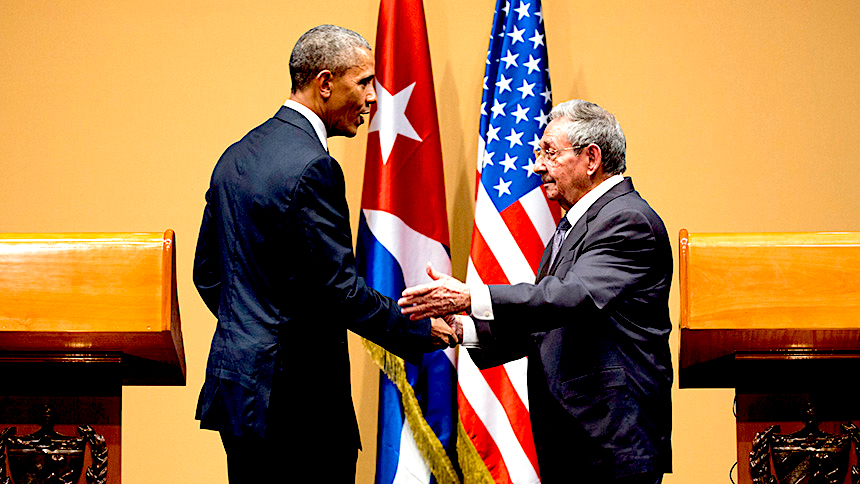 On Monday, the Biden administration announced measures to “increase support for the Cuban people.” They included easing travel restrictions and helping Cuban-Americans support and connect with their families. They mark a step forward but a baby step, given that most U.S. sanctions on Cuba remain in place.

Also in place is a ridiculous Biden administration policy of trying to isolate Cuba, as well as Nicaragua and Venezuela, from the rest of the hemisphere by excluding them from the Summit of the Americas that will take place in June in Los Angeles.

This is the first time since its inaugural gathering in 1994 that the event, which is held every three years, will take place on U.S. soil. But rather than bringing the Western Hemisphere together, the Biden administration seems intent on pulling it apart by threatening to exclude three nations that are certainly part of the Americas.

For months, the Biden administration has been hinting that these governments would be excluded. So far, they have not been invited to any of the preparatory meetings and the summit is now less than a month away. While former White House Press Secretary Jen Psaki and State Department Spokesman Ned Price have repeated that “no decisions” have been made, Assistant Secretary of State Brian Nichols said in an interview on Colombian TV that countries that “do not respect democracy are not going to receive invitations.”

Biden’s plan to pick and choose which countries can attend the summit has set off regional fireworks. Unlike in the past, when the U.S. had an easier time imposing its will on Latin America, nowadays there is a fierce sense of independence, especially with a resurgence of progressive governments.

Another factor is China. While the U.S. still has a major economic presence, China has surpassed the U.S. as the No. 1 trading partner, giving Latin American countries more freedom to defy the United States or at least stake out a middle ground between the two superpowers.

The hemispheric reaction to the exclusion of three regional states is a reflection of that independence, even among small Caribbean nations. In fact, the first words of defiance came from members of the 15-nation Caribbean Community, or Caricom, which threatened to boycott the summit.

Then came regional heavyweight, Mexican President Manuel López Obrador, who stunned and delighted people around the continent when he announced that, if all countries were not invited, he would not attend. The presidents of Bolivia and Honduras soon followed with similar statements.

The Biden administration has put itself in a bind. Either it backs down and issues the invitations, tossing red meat to right-wing U.S. politicians like Sen. Marco Rubio for being “soft on communism,” or it stands firm and risks sinking the summit and U.S. influence in the region.

Biden’s failure at regional diplomacy is all the more inexplicable given the lesson he should have learned as vice president when President Barack Obama faced a similar dilemma.

That was 2015, when, after two decades of excluding Cuba from these summits, the countries of the region put down their collective feet and demanded that Cuba be invited. Obama had to decide whether to skip the meeting and lose influence in Latin America, or go and contend with the domestic fallout. He decided to go.

I remember that summit vividly because I was among the bevy of journalists jostling to get a front seat when Obama would be forced to greet Cuba’s President Raúl Castro, who came into power after his brother Fidel Castro stepped down. The momentous handshake, the first contact between leaders of the two countries in decades, was the high point of the summit.

Obama was not only obligated to shake Castro’s hand, he also had to listen to a long history lesson. Raúl Castro’s speech was a no-holds-barred recounting of past U.S. attacks on Cuba — including the 1901 Platt Amendment that made Cuba a virtual U.S. protectorate, U.S. support for Cuban dictator Fulgencio Batista in the 1950s, the disastrous 1961 Bay of Pigs invasion and the scandalous U.S. prison in Guantanamo. But Castro was also gracious to Obama, saying he was not to blame for this legacy and calling him an “honest man” of humble origins.

The meeting marked a new era between the U.S. and Cuba, as the two nations began to normalize relations. It was a win-win, with more trade, more cultural exchanges, more resources for the Cuban people, and fewer Cubans migrating to the United States. The handshake led to a visit by Obama to Havana, a trip so memorable that it still brings big smiles to the faces of Cubans on the island. 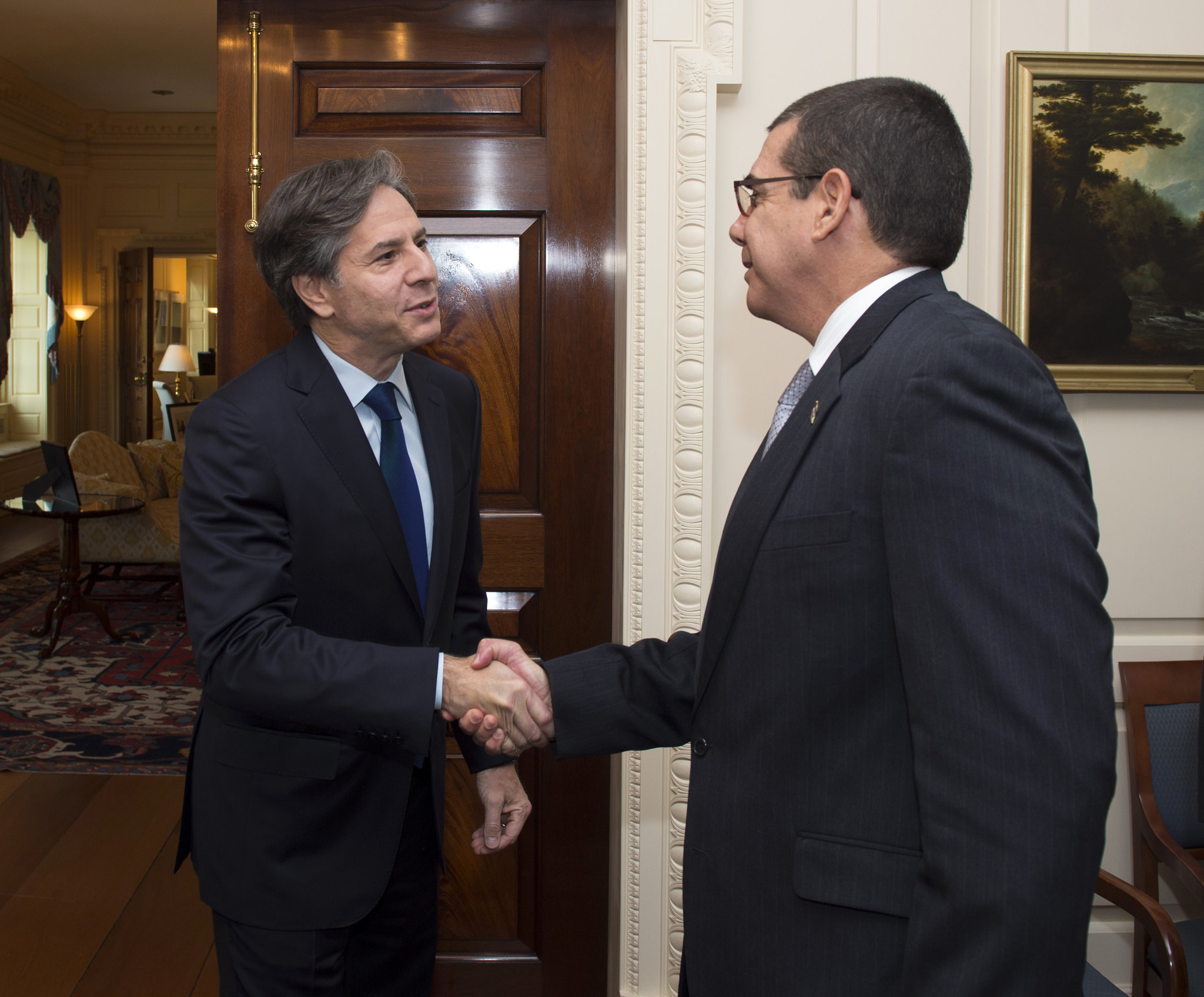 Then came President Donald Trump, who skipped the next Summit of the Americas and imposed draconian new sanctions that left the Cuban economy in tatters, especially once Covid hit and dried up the tourist industry.

Until recently, Biden has been following Trump’s slash-and-burn policies that have led to tremendous shortages and a new migration crisis, instead of reverting to Obama’s win-win policy of engagement. The May 16 measures to expand flights to Cuba and resume family reunifications are helpful, but not enough to mark a real change in policy — especially if Biden insists on making the summit a “limited-invite only.”

Biden needs to move quickly. He should invite all the nations of the Americas to the Summit. He should shake the hands of every head of state and, more importantly, engage in serious discussions on burning hemispheric issues such as the brutal economic recession caused by the pandemic, climate change that is affecting food supplies and the terrifying gun violence — all of which are fueling the migration crisis. Otherwise, Biden’s #RoadtotheSummit, which is the Summit’s twitter handle, will only lead to a dead end.

Medea Benjamin, co-founder of Global Exchange and CODEPINK: Women for Peace, is the author of the 2018 book, Inside Iran: The Real History and Politics of the Islamic Republic of Iran. Her previous books include: Kingdom of the Unjust: Behind the U.S.-Saudi Connection (2016); Drone Warfare: Killing by Remote Control” (2013); Don’t Be Afraid Gringo: A Honduran Woman Speaks from the Heart (1989), and, with Jodie Evans,  Stop the Next War Now (Inner Ocean Action Guide) (2005).