Speaking from Havana on Sunday, López Obrador also vowed to continue pushing the U.S. to lift its 60-year embargo on Cuba. 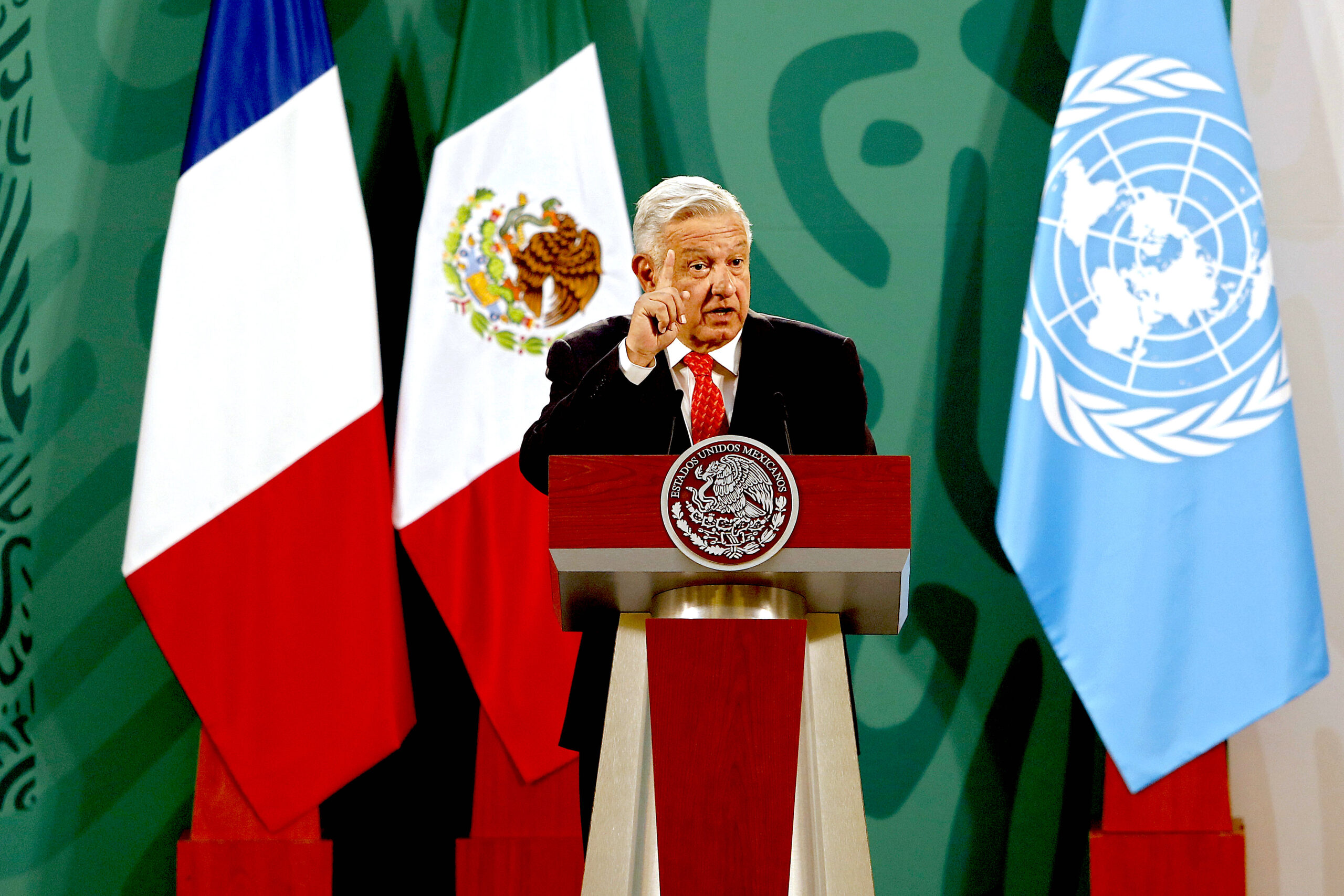 Mexican President Andrés Manuel López Obrador said Sunday that no nation in the Western Hemisphere should be left out of the Summit of the Americas, directly refuting Washington’s attempt to bar Cuba, Nicaragua, and Venezuela from the U.S.-hosted meeting.

“Nobody should exclude anyone,” López Obrador said during a public event in Cuba, according to Reuters.

The Mexican leader’s remarks come as the U.S. State Department has indicated that government representatives from three Latin American countries are unlikely to be invited to the June summit in Los Angeles.

“Cuba, Nicaragua, the [Nicolás] Maduro regime [in Venezuela] do not respect the Inter-American Democratic Charter, and therefore I don’t expect their presence,” Western Hemisphere Assistant Secretary of State Brian Nichols said in an interview last week. 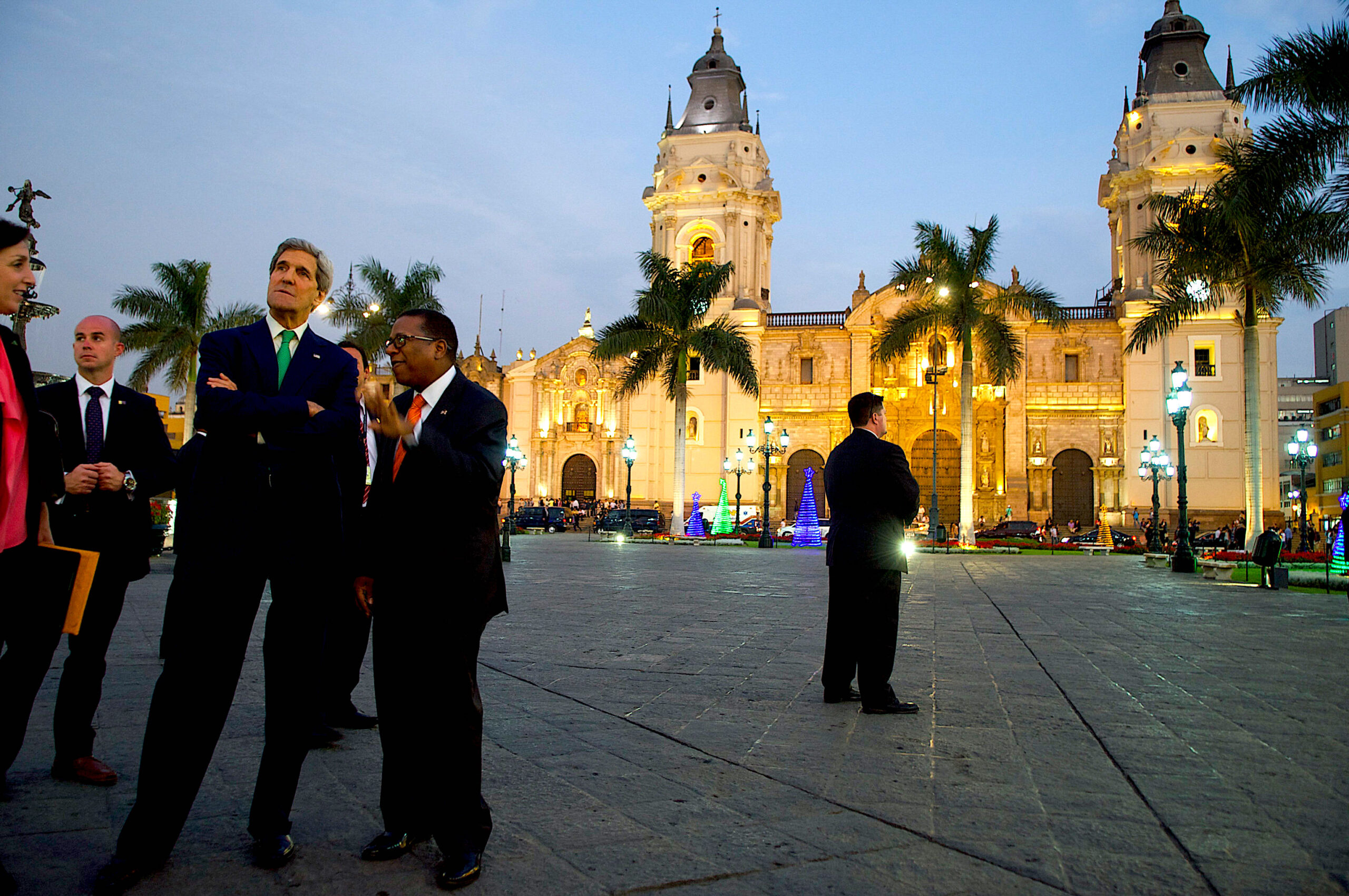 Brian Nichols, in red tie, with then Secretary of State John Kerry to his right, in Lima, Peru, for a climate meeting in December 2014. Nichols, now Western hemisphere assistant secretary of state, was then U.S. ambassador to Peru. (State Department)

“It’s [U.S. President Joe Biden’s] decision,” Nichols added, “but I think the president has been very clear about the presence of countries that by their actions do not respect democracy — they will not receive invitations.”

Following Obama-era efforts to normalize relations with Cuba, the Trump administration adopted more than 200 policies designed to punish the Caribbean island. Despite Democratic lawmakers’ pleas and Biden’s own campaign pledge to reverse his predecessor’s “failed” approach, the White House has implemented additional sanctions in recent months.

Speaking from Havana on Sunday, López Obrador vowed to continue pushing the U.S. to lift its 60-year embargo on Cuba.

Meanwhile, Biden has described the 2021 reelection of Nicaraguan President Daniel Ortega and his wife, Vice President Rosario Murillo, as fraudulent.

In addition, Washington does not officially recognize elected Venezuelan President Nicolás Maduro as the legitimate leader of the South American country even though he was reelected last year in a contest that U.S. legal observers called fair.

Instead, the U.S. recognizes Juan Guaidó — an unelected and unpopular right-wing opposition figure who was a key player in the unsuccessful Trump-backed effort to overthrow Maduro in 2019 — as president.

Biden went so far as to invite the Venezuelan coup leader to his administration’s so-called Summit for Democracy in December.

← Starbucks CEO: Wage Hikes for Non-Union Workers
Caitlin Johnstone: If the US Wanted Peace in Ukraine →