Discussing benefits and wage hikes that would not automatically apply to organized workers is a common union-busting tactic, Jake Johnson reports. 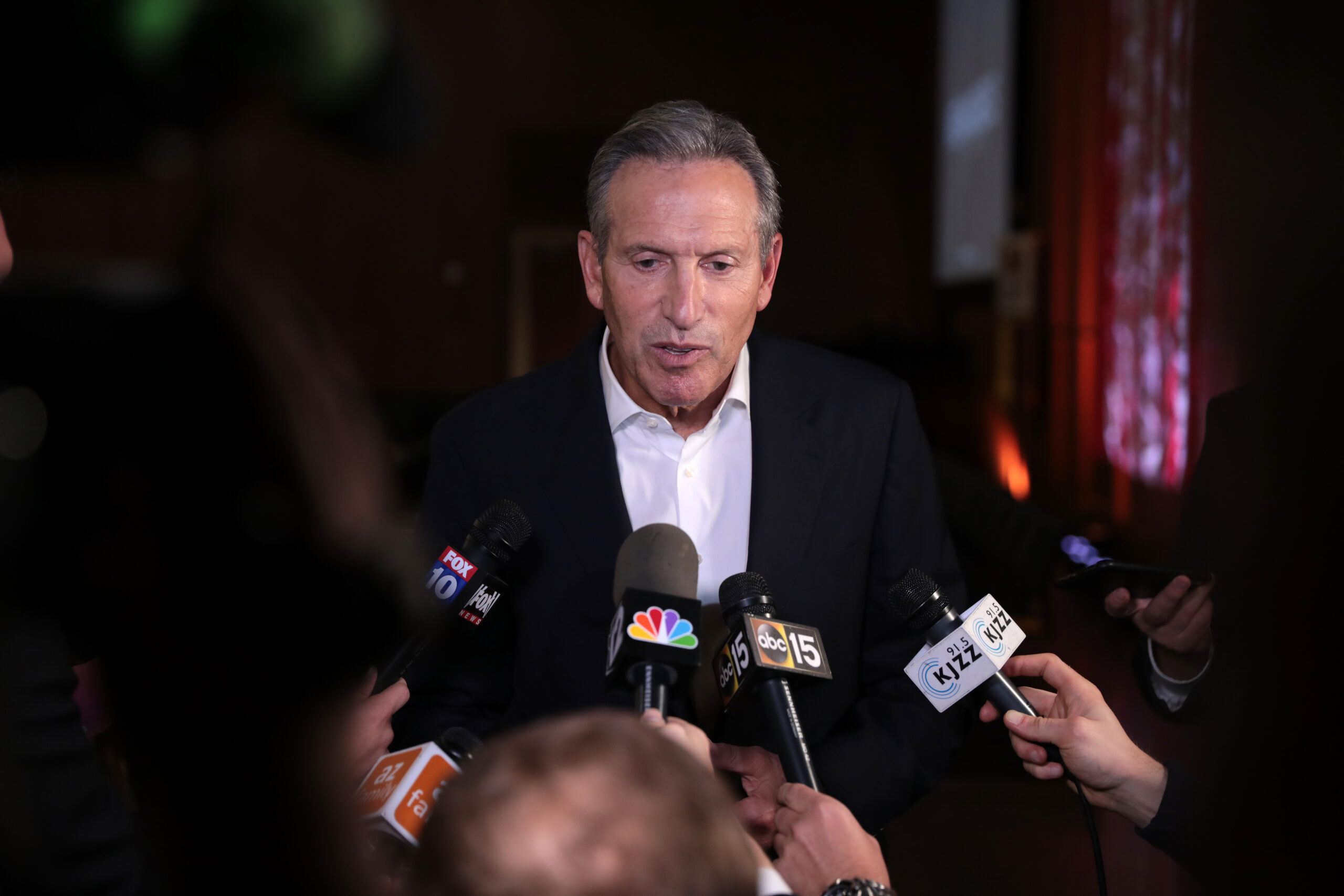 Starbucks’ billionaire CEO Howard Schultz announced during a quarterly earnings call last week that the coffee giant will soon be raising wages and improving benefits for employees across the United States — except for the workers at dozens of stores who have voted to unionize or filed for a union election in recent months.

“We do not have the same freedom to make these improvements at locations that have a union or where union organizing is underway,” Schultz told Starbucks shareholders, noting that management must bargain with unionized locations over wage and benefit changes.

“The union contract will not even come close to what Starbucks offers you,” Schultz declared.

Under the new company policy, which is set to take effect on Aug. 1, Starbucks employees will get a 3 percent raise or a wage bump to $15 an hour, whichever results in the highest wage. More experienced hourly workers will receive larger pay increases.

The corporate practice of discussing benefits and wage hikes that would not automatically apply to organized workers is a common union-busting tactic, and labor law experts said Schultz’s new plans may very well be illegal.

According to Matthew Bodie, a former National Labor Relations Board (NLRB) attorney who now teaches law at St. Louis University, companies are not allowed to suggest that employees will receive superior compensation if they decide not to unionize.

“If Starbucks said, ‘Drop the union campaign and you’ll get this wage increase and better benefits,’ that’d clearly be illegal,” Bodie told The New York Times on Tuesday. “Hard to see how this is that much different in practice.”

“I predict the NLRB will move quickly to find this a nationwide violation of federal law and will order Starbucks to give unionized baristas the same wage increases,” Greenhouse added. “Under Section 8(a)(3) of the National Labor Relations Act, it is ‘Unlawful to discourage union activities or sympathies’… ‘by discrimination in regard… to any term or condition of employment to… discourage membership in any labor organization.'”

Every non-union worker at Starbucks should be thanking the union for precipitating these raises that Howard Schultz just announced.https://t.co/48kSX5kphe

Starbucks Workers United, an employee-led group that is spearheading the national organizing drive, responded on Twitter that “our campaign has pressured Howard Schultz and Starbucks to announce many of the benefits that we’ve been pushing for since day one and we’ve proposed at the bargaining table in Buffalo,” where workers voted in December to form the company’s first-ever union in the U.S.

Since the December victory, more than 50 Starbucks locations across the country have voted to unionize, defying a Schultz-led union-busting campaign that has included intimidation and firing of organizers, sweeping cuts to work hours, and more. The union has been victorious in roughly 85 percent of elections so far.

There are now 6 unionized Starbucks in MA (cumulative vote 55-3) and 9 other MA stores have filed with @SBWorkersUnited.https://t.co/OwmwghLYKA

“We have filed charges against Howard Schultz’s threats that union stores won’t receive these benefits,” Starbucks Workers United noted Tuesday. “That’s not how labor law works and Starbucks knows it.”

In a letter to the NLRB earlier this week, the counsel at Starbucks Workers United argued that Schultz’s recent comments about excluding unionized workers from new benefits have had an “immediate and profound chilling effect on organizing campaigns nationwide.”

Starbucks Workers United told CNBC that Schultz’s remarks amount to “just another desperate attempt to prevent Starbucks partners from exercising our right to have a union and the right to collective bargaining.”

“This is an extension of other threats that Howard Schultz and their management team have been making,” the group said. “Hopefully at some point Howard recognizes you cannot have a ‘progressive company’ and be the poster child for union-busting.”