NBC openly teamed up with a Pentagon-funded think tank to begin normalizing the idea of a U.S. hot war with China. 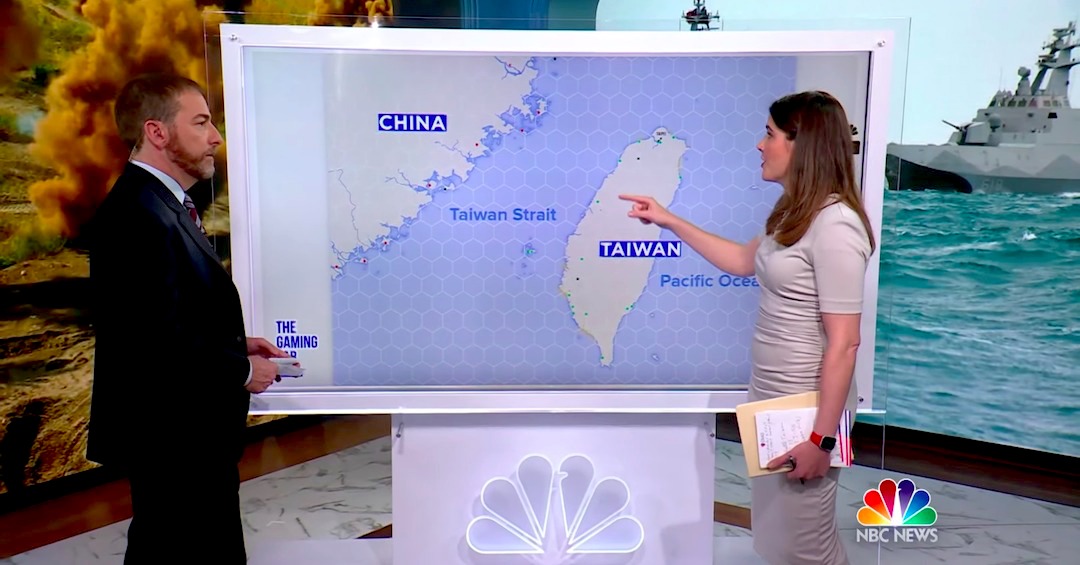 CNAS is funded by the Pentagon and by military-industrial complex corporations Northrop Grumman, Raytheon and Lockheed Martin, as well as the Taipei Economic and Cultural Representative Office, which as Antiwar’s Dave DeCamp notes is the de facto Taiwanese embassy in the U.S.

The war game simulates a conflict over Taiwan which we are informed is set in the year 2027, in which China launches strikes on the U.S. military in order to open the way to an invasion of the island. We are not told why there needs to be a specific year inserted into mainstream American consciousness about when we can expect such a conflict, but then we are also not told why NBC is platforming a war machine think tank’s simulation of a military conflict with China at all.

Go inside our exclusive war game with @CNASdc —

The year is 2027. The briefing: China is poised to attack Taiwan

Which side would prevail? Would China attack the U.S. mainland? Could nuclear war break out?

Watch the full episode on @PeacockTV and at https://t.co/CN76hzJHEj pic.twitter.com/XOjyry0QEY 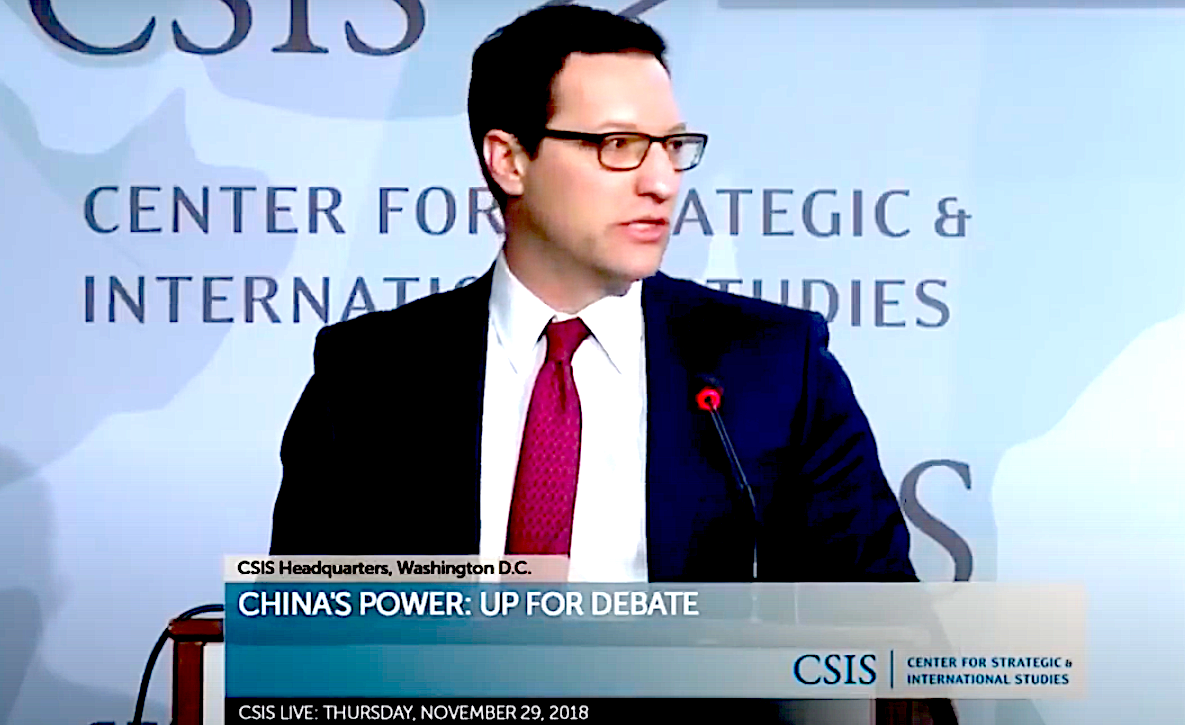 Ely Ratner in 2018, while he was with the Center for a New American Security, arguing for a change in U.S. policy with China during a debate hosted by the Center for Strategic International Studies. (YouTube still)

It also happens that the Center for a New American Security has openly boasted about the great many of its other “experts and alumni” who have assumed senior leadership positions within the Biden administration.

It also happens that CNAS co-founder Michele Flournoy, who appeared in the Meet the Press war games segment and was at one time a heavy favorite to become Biden’s Pentagon chief, wrote a Foreign Affairs op-ed in 2020 arguing that the U.S. needed to develop “the capability to credibly threaten to sink all of China’s military vessels, submarines, and merchant ships in the South China Sea within 72 hours.”

It also happens that CNAS CEO Richard Fontaine has been featured all over the mass media pushing empire narratives about Russia and China, telling Bloomberg just the other day that the war in Ukraine could serve the empire’s long-term interests against China.

“The war in Ukraine could end up being bad for the pivot in the short-term, but good in the long-term,” Fontaine said. “If Russia emerges from this conflict as a weakened version of itself and Germany makes good on its defense spending pledges, both trends could allow the U.S. to focus more on the Indo-Pacific in the long run.”

NBC News teaming up with neocon think tank CNAS whose top donors from 2020-2021 were Northrop Grumman and the Pentagon. Other notable donors include Raytheon, Taiwan's de facto embassy in the US, and Lockheed Martin.
https://t.co/23GJv8INtO https://t.co/DBSNEc5zXY

It also happens that CNAS is routinely cited by the mass media as an authoritative source on all things China and Russia, with no mention ever made of the conflict of interest arising from their war machine funding.

Just in the last few days here’s a recent NPR interview about NATO expansion with CNAS senior fellow Andrea Kendall-Taylor, a Washington Post quote from CNAS fellow Jacob Stokes about the Chinese threat to Taiwan, a Financial Times quote from CNAS “Indo-Pacific expert” Lisa Curtis (who I’ve previously noted was cited by the mass media for her “expert” opposition to the U.S. Afghanistan withdrawal), and a Foreign Policy citation of the aforementioned Richard Fontaine saying, “The aim of U.S. policy toward China should be to ensure that Beijing is either unwilling or unable to overturn the regional and global order.”

As we’ve discussed previously, citing war machine-funded think tanks as expert analysis without even disclosing their financial conflict of interest is plainly journalistic malpractice. But it happens all the time in the mass media anyway, because the mass media exist to circulate propaganda, not journalism.

This is getting so, so crazy. That the mass media are now openly teaming up with war machine think tanks to begin seeding the normalization of a hot war with China into the minds of the public indicates that the propaganda campaign to manufacture consent for the U.S.-centralized empire’s final Hail Mary grab at unipolar domination is escalating even further. The mass-scale psychological manipulation is getting more and more overt and more and more shameless.

This is headed somewhere very, very bad. Hopefully humanity wakes up in time to stop these lunatics from driving us off a precipice from which there is no return.