Amid rampant Russophobia and Sinophobia, America’s penchant for Cold-War “national character analysis” will — if left unchecked — lead the U.S. into deepest trouble. 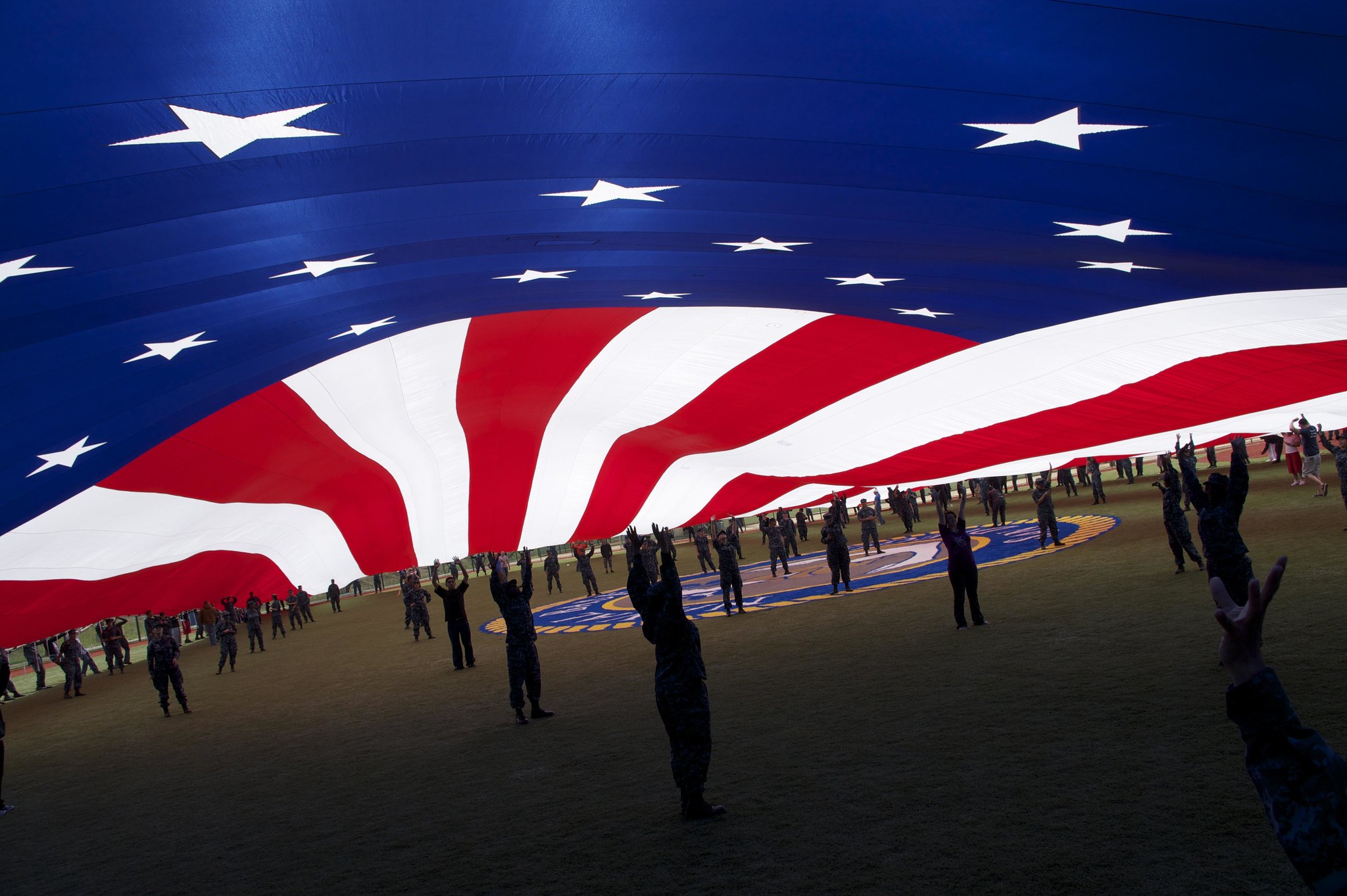 Ruminating on the American condition some years ago, I invented a word to describe us as we are. America is a “geophobic” nation, I figured — a people with an aversion to the world’s spaces and populations that manifests as indifference to any genuine knowledge of either.

This indifference, this ignorance of other places and people — and Americans’ indifference to their ignorance — is perfectly evident as a thread running through the whole of American history.

Americans are, at bottom, a fearful people, spooked by what lies beyond their shores. Has this ever been more so than now, in the twilight of the empire?

Geophobia, strange as it may seem, has served America well in certain respects — assuming, this is to say, one has a very narrow understanding of well-being.

America made up its mind to make itself an empire following the Spanish–American War, paradoxically, in part to keep the world at bay. It could extend its accumulating power beyond its shores in the certain knowledge the rest of the world’s people were fallen, a blur, and what they thought or wanted did not matter much.

We all know the exercise: Can you find, say, Malaysia on a map? As you wave the blue-and-yellow banner off your front porch, can you find Ukraine on a map? This is what I mean by geophobia.

On the material side, geophobia permitted Americans to indulge their greed and selfishness in amassing an undue share of the world’s wealth without having to think about their greed and selfishness. George Kennan made this point after the 1945 victories: America, with 5 percent of the world’s population, consumes roughly half of its resources, and the objective of U.S. policy must be to keep things this way as long as possible.

This reinforced America’s fundamental phobia — its long-abiding fear that the rest of the world looked upon it with a threatening, volatile envy. 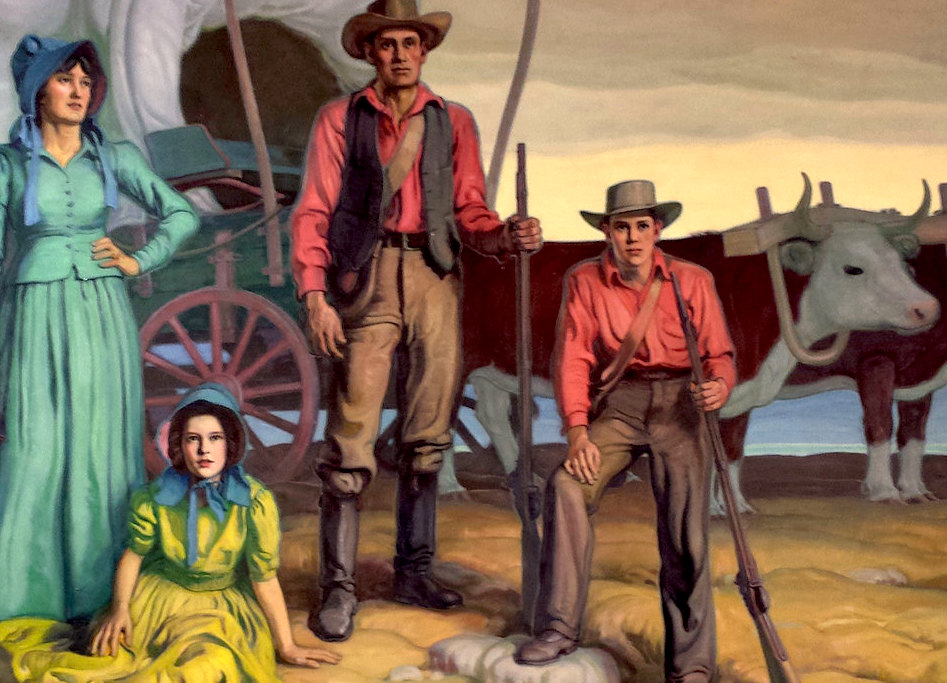 At the time Kennan was mulling these matters, American scholars — and what would we do without our scholars? — were developing a line of thinking that came to be called national character studies. And of all the appalling habits of mind America’s geophobia has induced in its citizens, the national character discourse has got to rank among the very worst.

It behooves us now to understand all of the errors of America’s geophobic ways, because they are going to serve the republic badly in the 21st century. But, with Russophobia and Sinophobia rampant among us, two variants of the generalized geophobia, it is the assumptions lurking in America’s preference to view others according to national character that are landing the U.S. in the deepest trouble.

It is not difficult to explain the national character phenomenon for the simple reason there is not much to it — as is always the case when the core precepts are racism and fear of the Other. A national character argument is at bottom essentialist, postulating ineradicable traits as defining of any given people.

It follows that we must always fear them.

Jean-Paul Sartre mauled the case for essentialism with suitable mercilessness in Being and Nothingness. “Existence precedes essence,” he famously argued in that difficult but highly rewarding book. This is not a hair-split. It means that human beings, what they think and how they act are determined by the choices they make in response to the conditions of their lives, not by some innate aspect of their character. 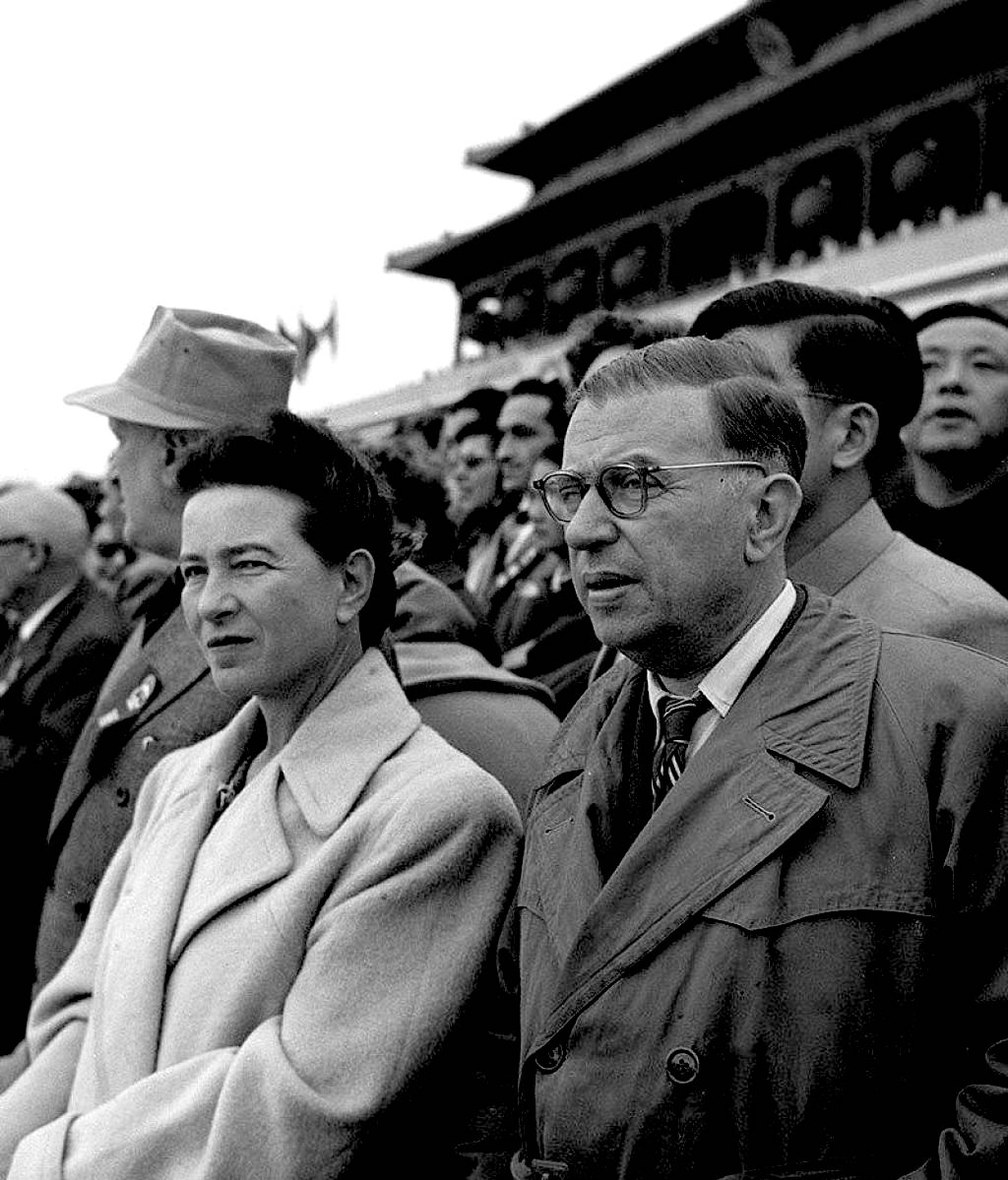 We are free to be who we choose to be, in other words; individual freedom being among the existentialists’ highest values. And with freedom comes a minute-to-minute responsibility for everything we decide to do; which is why most of us, while professing our belief in freedom to the very skies, display a bottomless dread of freedom whenever we are threatened with actually having any.

My own quarrel with the national character crowd hangs off Sartre’s case for being superseding essence. National character arguments paper over politics and history — the ever-in-flux forces that truly matter in determining how the world turns.

I choose the case of the Japanese advisedly, because national character studies arose in large part as America decided it was time to understand the Japanese after the Imperial Navy’s air corps attacked Pearl Harbor in the final days of 1941. The key people who went to work on this question were trained as anthropologists and psychologists — a sure sign, I have always thought, that trouble was on the way. 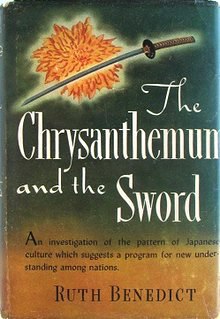 One of these people was Ruth Benedict, an anthropologist (and an intimate friend of Margaret Mead’s) who undertook to tell the Roosevelt administration and anyone else who might be interested who the American military was up against as it crossed the Pacific. Her famous book, The Chrysanthemum and the Sword, was not published until 1946, but the work that went into it was part of the war effort.

Every correspondent sent to cover Japan, assuming correspondents still read books, gets through The Chrysanthemum and the Sword. In it, Benedict tells you all about the immutable Japanese character, so explaining everything they do — because, the original case in point, what they do is what they have always done and will always do.

Among the curious things about Benedict and her book is that the war made it impossible for her to conduct her research in Japan: It was all a matter of study and careful surmise from a distance — an early case, by force of circumstance, of America’s geophobia. It’s also interesting to note that Benedict’s first book, published in 1934, was called Patterns of Culture, wherein she argued, “A culture, like an individual, is a more or less consistent pattern of thought and action.”

National character studies might have disappeared as another Cold War artifact.  Indeed, the better scholars of Benedict’s time, and every generation has a reliable few, vigorously trashed the new discipline from the outset. But how often do conscientious scholars win the arguments of their time? (And when, exactly, did the Cold War end?) At this point national character analysis suffuses America’s public discourse, from the bar at your local Applebee’s to the Biden White House.

There is the case of Wendy Sherman, for instance. Sherman, who now serves as deputy secretary of state — the No. 2 under Antony Blinken — first caught my eye in the autumn of 2013, when Hassan Rouhani, Iran’s newly elected president, wowed the U.N. General Assembly and opened the door to talks that led to the 2015 agreement governing the Islamic Republic’s nuclear programs. 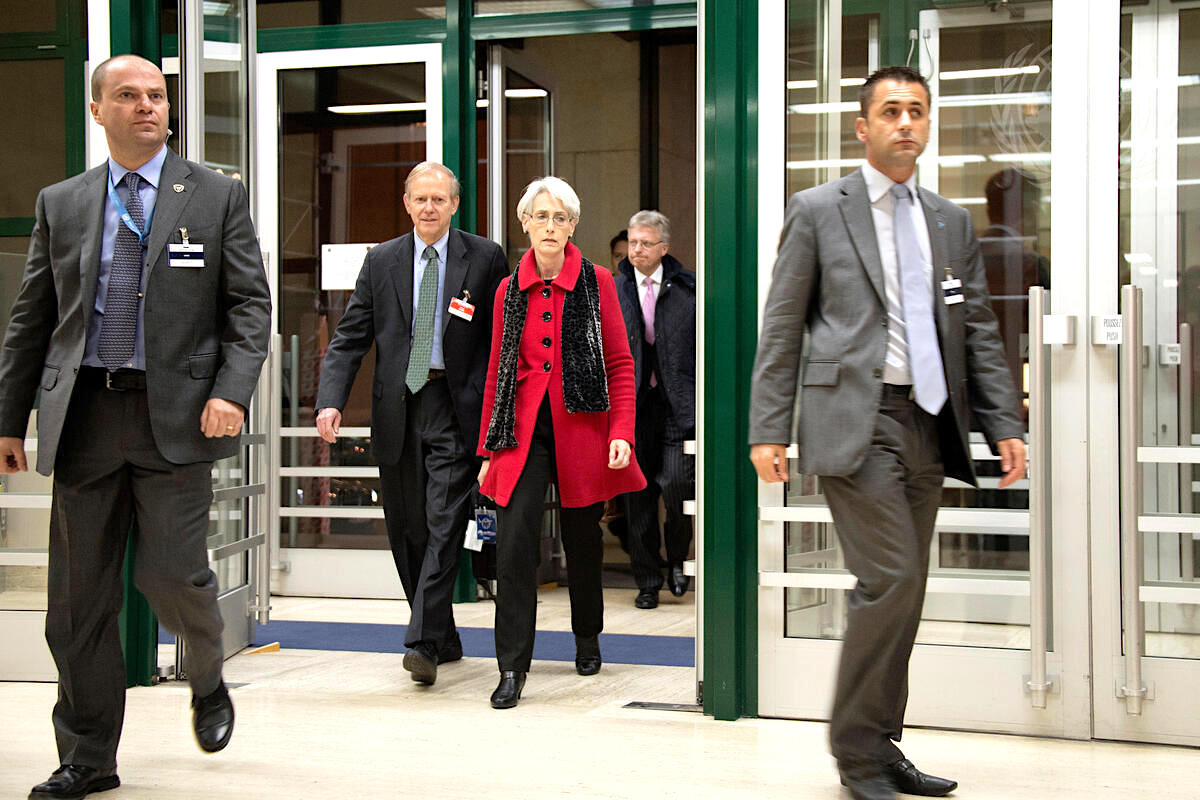 Sherman was to lead negotiations but had to satisfy the Senate of her bona fides beforehand. “We know that deception is part of the DNA,” she asserted in reference to the Iranians.

Now have you got the picture?

It passed for diplomacy then and it passes for diplomacy now. America’s prevalent take on the conflict in Ukraine and Russia’s determination to intervene are a sinkhole of national character nonsense. This is why it is next to impossible to have a rational conversation with 99.9 percent of Americans about the complexities of the Ukraine crisis. Nope: It’s all about those Rrrrrussians and what they always do.

Certain types of people and societies tend to be afflicted with the fallacies of the national character position. Wounded civilizations are often very vulnerable to it.

Again, there is the Japanese case.

Over many years of work and travels to and fro in China, I was always saddened to find how deep and scarring were the injuries the Japanese Imperial Army inflicted upon the Chinese in the 1930s and 1940s — the massacres, the atrocities, the infamous rape of Nanjing. The Chinese — and the Koreans have their own variant of this — put it all down to who the Japanese are.

May the day come when the Chinese, a people I greatly admire, come to understand that it was the global politics of the time and the history of Japan’s tortured modernization that led imperial Japan to all its wrongs. The Japanese built an empire and ran it as they did, let us not forget, in part because Westerners had empires that subjugated others and they must have one to be the Westerners’ equal.

Closer to our time and circumstances, there is the case of the Poles and other East Europeans — and the Ukrainians, of course. It has long been conventional wisdom that in all matters Russian, those in the former satellites and Soviet republics know best, having lived under Soviet domination.

I cannot think of anything more misguided. The Poles and Ukrainians, in particular, are the last people to ask for sound, balanced judgments of Russia and its people, as their perspectives are more or less defined by presumptions of national character.

And how Americans love the national character presumptions of the Poles and Ukrainians.

Any nation’s leaders and diplomats are supposed to guide their citizens against excesses of hatred and xenophobia rooted in ideas of national character. Not America’s. They stoke this fire every chance they get: It’s good for the campaign to debilitate Russia, good to secure support for the war among those professing to be antiwar, and good for making sure the American public keeps flying the yellow-and-blue.

Not to be missed, it is the constant emphasis on national character that obscures — but precisely — the history and politics of the Russian intervention in Ukraine, Russia’s position vis-à-vis NATO and European security, China’s perspective on Taiwan and other such matters, and so on indefinitely.

Apart from the wounded, it is the geophobic who are most inclined to use national character as they look out upon the world. It is an excellent system of classification and nothing, the geophobic allow themselves to assume, will ever change. Since Sept. 11, 2001, I should add, America has been a wounded nation as well as a phobic nation, fearful of its empire’s fate.

There are good reasons for America’s ingrained geophobia, having to do with its history, its size, the oceans on either side of it. But if Russia’s insistence that its security concerns be taken seriously, if China’s emergence as a world power, if the non–West’s demand for global parity have anything to tell us, it is that the time has come to leave America’s geophobic habits behind.

Indifference to others, the bliss of ignorance, the coloring-book presumptions inherent in national character perspectives: These are not America’s essence, as Sartre would put it, but choices it has made.  It can either grow beyond these or fail in the 21st century. This is America’s choice now, and it is free to make it either way.

← Investing in Guns or People?
A Reader Sounds Off on PayPal’s Ban on CN →

30 comments for “PATRICK LAWRENCE: A Nation of ‘Geophobes’”