For an explanation of the massive inflationary wave that is now cresting on the world and causing widespread suffering and instability, Vijay Prashad turns to U.S. economic policy.

On April 19, the International Monetary Fund released its annual World Economic Outlook, which forecasted a severe slowdown in global growth along with soaring prices.

“For 2022, inflation is projected at 5.7 percent in advanced economies and 8.7 percent in emerging market and developing economies – 1.8 and 2.8 percentage points higher than projected in … January.”

“Inflation is reaching the highest levels seen in decades. Sharply higher prices for food and fertilizers put pressure on households worldwide – especially for the poorest. And we know that food crises can unleash social unrest.”

What is the root cause of this extraordinary wave of inflation? U.S. President Joe Biden blamed Russia’s war in Ukraine: “What people don’t know is that 70 percent of the increase in inflation was the consequence of [Russian President Vladimir] Putin’s price hike because of the impact of oil prices.”

However, even The Wall Street Journal editorial board noted that “this isn’t Putin’s inflation.”

Georgieva of the IMF has tried to walk a middle ground, saying that “Russia’s invasion of Ukraine has created a crisis on top of a crisis.” Her view mirrored that of the World Economic Outlook, which pointed out that ‘the crisis unfold[ed] while the global economy was on a mending path but had not yet fully recovered from the Covid-19 pandemic.” 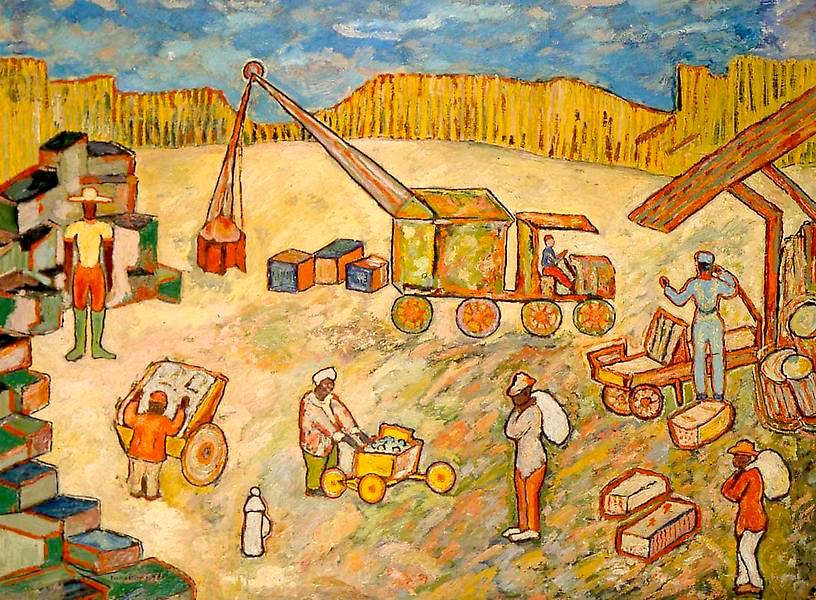 The No Cold War platform, with whom Tricontinental: Institute for Social Research has a close working relationship, has produced a very important intervention into this debate. Briefing No. 2, “The United States Has Destabilised the World Economy.”

It makes the case that a governing factor in the current inflation crisis is the outsized impact of the United States on the global economy. U.S. military spending, the scale of the United States in global consumption, the role of the Wall Street-Dollar-IMF regime and other factors play a key role. We hope you find briefing No. 2 useful and circulate it widely.

The International Monetary Fund has announced that the global economy is entering a major slowdown, downgrading the growth prospects of 143 countries.

At the same time, inflation rates have reached historic levels. Around the world, hundreds of millions of people are falling into poverty, particularly in the Global South. Oxfam has sounded the alarm that we are “witnessing the most profound collapse of humanity into extreme poverty and suffering in memory.” What is producing this immense human suffering?

Economic Crisis ‘Made in Washington’

On April 13, U.S. Treasury Secretary Janet Yellen claimed that this global economic deterioration was due to the Russian war in Ukraine. This is factually incorrect. Although the conflict has worsened the situation, the key driver which has destabilized the world economy is the massive inflationary wave that had already built up in the United States and has now begun to crest on the world.

“This isn’t Putin’s inflation,” the Wall Street Journal editorial board noted. “This inflation was made in Washington.”

The U.S. consumer market absorbs a fifth of the world’s goods and services; as the demand for these goods outstrips the global supply, the tendency for U.S. inflation to spread around the world is very high.

This instability is inseparably connected to U.S. economic policy. Since 2020, the United States has increased its budget by $2.8 trillion. To finance this budgetary expansion, the U.S. government increased borrowing to 27 percent of the gross domestic product (GDP), and the Federal Reserve Bank increased the money supply (the quantity of money issued) by 27 percent year-on-year. Both of these increases are the highest in U.S. peacetime history.

These huge U.S. economic packages were generated to put cash in the hands of consumers. The U.S. government focused on the economy’s demand side by putting money into circulation for consumption, but it did not increase spending on the economy’s supply side by putting money into investment. From 2019–21, 98 percent of U.S. GDP growth was in consumption, while only 2 percent was in net investment. With a large increase in demand by consumers and almost no increase in supply, a huge inflationary wave grew in the United States. 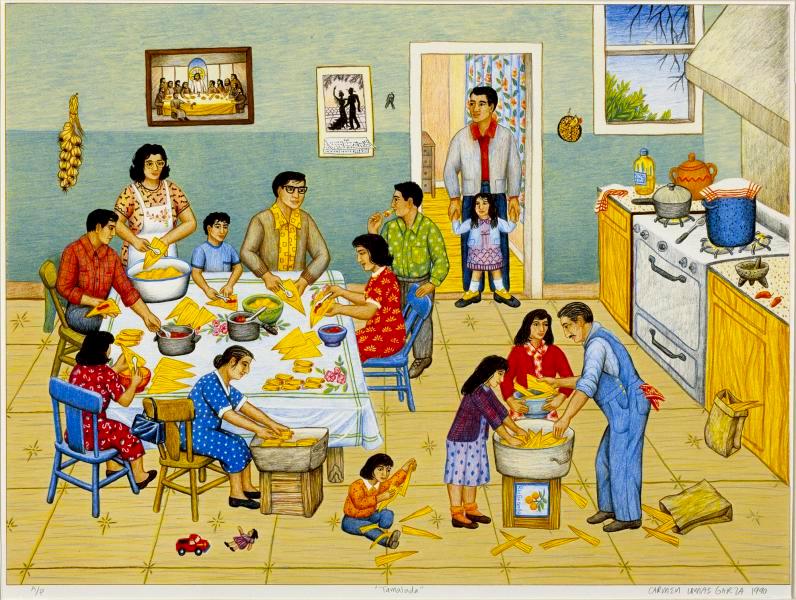 Investing in Guns or People?

Inflation in the United States, which has global implications, is a by-product of its economic priorities. For the past half-century, U.S. governments have not used the country’s social wealth to make substantial social investments in areas such as education, healthcare, and infrastructure, nor have they invested in the manufacturing sector to increase supply.

Instead, to manage inflation the government has chosen to push an agenda which cuts demand. These cuts in demand have already lowered living standards; for instance, real wages in the United States have fallen by 2.7 percent in the past year.

Instead of making social investments to prevent such economic downturns, the U.S. government has prioritized its military, which receives a budget increase every year.

A reduction in U.S. military spending would free up government funds to invest in education, healthcare, infrastructure, and manufacturing. However, this would necessitate a shift in U.S. foreign policy, which does not appear to be on the horizon. Until that time, the people of the United States and other countries will have to sustain the costs of Washington’s new Cold War. 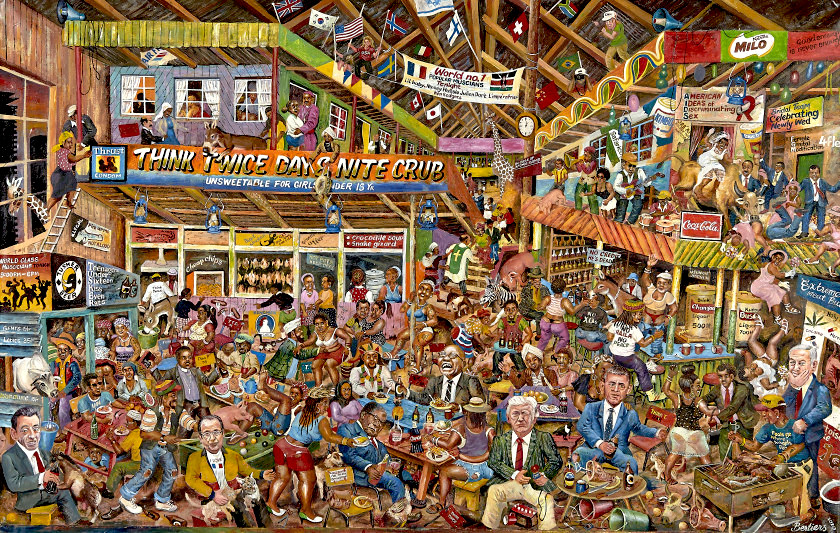 Against the shallow assessment that global inflation is caused by Russia’s war on Ukraine and the Western sanctions on Russia, No Cold War’s briefing No. 2 points its finger at the root of the crisis: the distortions produced by U.S. military spending and by the Wall Street-Dollar-IMF regime gripping the world economy.

In December 2021, the IMF’s Georgieva said that Europe’s governments must not allow economic recovery to be endangered by the “suffocating force of austerity.” This is part of the West’s astonishing double-standards. At the same time, the IMF has enforced harsh austerity measures on the countries of Africa, Asia and Latin America.

As Oxfam notes in a new analysis, during the pandemic’s second year (from March 2021 to March 2022), the IMF approved 23 loans to 22 countries in the Global South — all of which either encouraged or required austerity measures.

For example, the IMF’s $2.3 billion loan agreement with Kenya required a four-year public sector pay freeze alongside higher taxes on gas and food, all while 63 percent of Kenyan households experience multidimensional poverty, according to a report by the Kenya Institute of Public Policy Research and Analysis (KIPPRA).

The austerity policies that impact the vast mass of the populations in these countries must be reversed. We need less money spent on war and more money spent to solve what Frantz Fanon called the obstinate facts of human life, such as hunger, illiteracy and indignity. 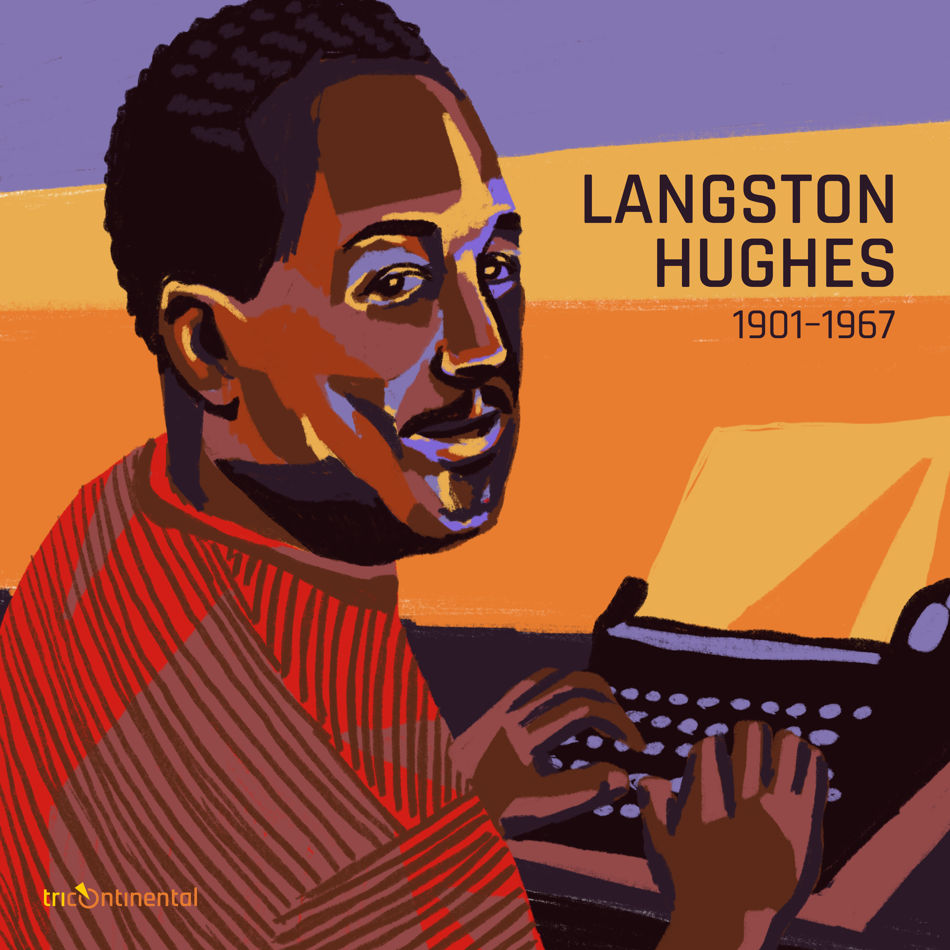 Langston Hughes’s poetry focused on the impact of these “obstinate facts” on the lives of people in the United States, people who fought against a life built on wages that equaled “two bits minus two.”

There is immense social wealth available to us, but it is spent on the parts of human life that are most destructive rather than productive. In 1962, as the U.S. military budget began to balloon, Langston Hughes wrote:

I tire so of hearing people say,
Let things take their course.
Tomorrow is another day.
I do not need my freedom when I’m dead.
I cannot live on tomorrow’s bread.

Freedom
Is a strong seed
Planted
In a great need.
I live here, too.
I want my freedom
Just as you.

We need to advance to the goal of human emancipation now. Not tomorrow, but now.

7 comments for “Investing in Guns or People?”