Elon Musk’s talk about free speech will only matter if and when Twitter stops censoring Russian media and people who question the official narrative about Ukraine. 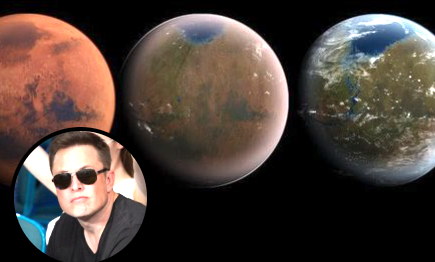 Twitter has done an about-face and sold the company to the richest person in the world for $44 billion.

Rightists are having a merry old time making fun of the melodramatic reactions from high-profile liberals who fear Elon Musk’s purchase will lead to more free speech on the platform for people who don’t align with them politically. Many of the blue-checkmarked commentariat who live on Twitter and who can’t go five minutes without checking their notifications are making a big show of pretending they’re about to leave.

Many critics on the left are responding to the news by ringing alarm bells about a powerful oligarch controlling an influential social media platform, as though Twitter was anything besides oligarch-controlled before today and as though billionaires buying up media is some shocking new development.

Some anti-imperialists have expressed tentative hope that this new development may lead to some rollback of the jarring escalations in censorship we’ve been seeing on the platform in defense of U.S. empire narratives, due to the plutocrat’s comments on the importance of free speech.

From what I can see, though, the overwhelming majority of excitement on Twitter about Musk’s purchase is coming not from those who challenge power in any meaningful way but from those who want former U.S. President Donald Trump’s account restored and want to be able to say mean things to trans people. And I suspect that says a lot about what we’re looking at here.

This important distinction was summed up by journalist Michael Tracey, who tweeted, “The biggest test for Elon Musk will not be whether he rolls back the most obvious ‘woke’ content policies — that should be a given — but whether he continues to let Twitter be used as a vehicle for the US national security state to ‘counter’ official enemies like Russia and China.”

Speaking for myself I won’t be surprised if we do see some of the former, but I will be absolutely astonished if we see the latter.

You don’t get to be a billionaire, much less a billionaire with massively influential media ownership, unless you collaborate with existing power. Musk has certainly been collaborating with the oligarchic empire very nicely up until this point, and it’s a safe bet that his purchase would not be happening if the empire felt its narrative control machine was in any way threatened by it.

Billionaires coming to the rescue only happens in movies and comic books. You’re as likely to be saved by Elon Musk as you are by Bruce Wayne or Tony Stark. 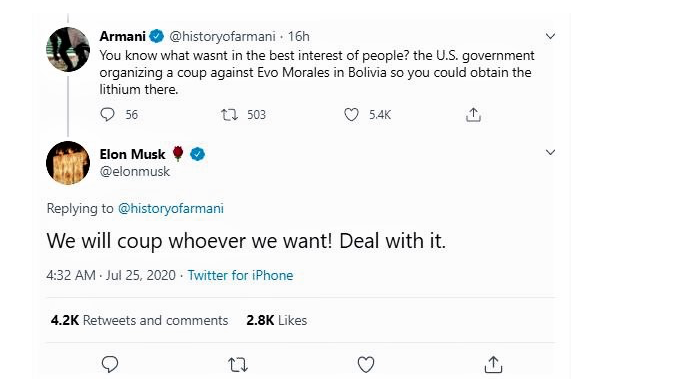 How many times are people going to fall for this “a billionaire is about to stick it to the man and save us all” schtick? It’s very sad that we’re at a point where speech is being throttled so severely that people are hoping an eccentric billionaire will swoop in and rescue them from oppression. Real life is like a dumber, more boring version of Gotham City, except Batman is working with the bad guys.

I’ll start paying attention to Musk’s talk about free speech if and when Twitter stops censoring Russian media and unbans people like Scott Ritter who were removed from the platform for questioning official empire narratives about what’s happening in Ukraine.

Until then I’m going to assume he’s at most only interested in protecting speech that doesn’t threaten the powerful, like Republican partisan bullshit and hate speech against marginalized groups.

The billionaires are not coming to save us. The idea that they might is a carefully constructed propaganda narrative that we’ve been sold for generations. The leaders of the capitalist class are not going to overturn the systems of oppression and exploitation which form the very foundation of capitalism. Superhero stories are designed to prevent us from realizing that only we the people have the power to rescue ourselves.

52 comments for “Caitlin Johnstone: The Billionaire Savior of Twitter”