The U.S. makes plain its plan is not just to win its proxy war in Ukraine, but to continue flooding the country with weapons systems and ammunition, long enough to “weaken” Russia, reports Joe Lauria. 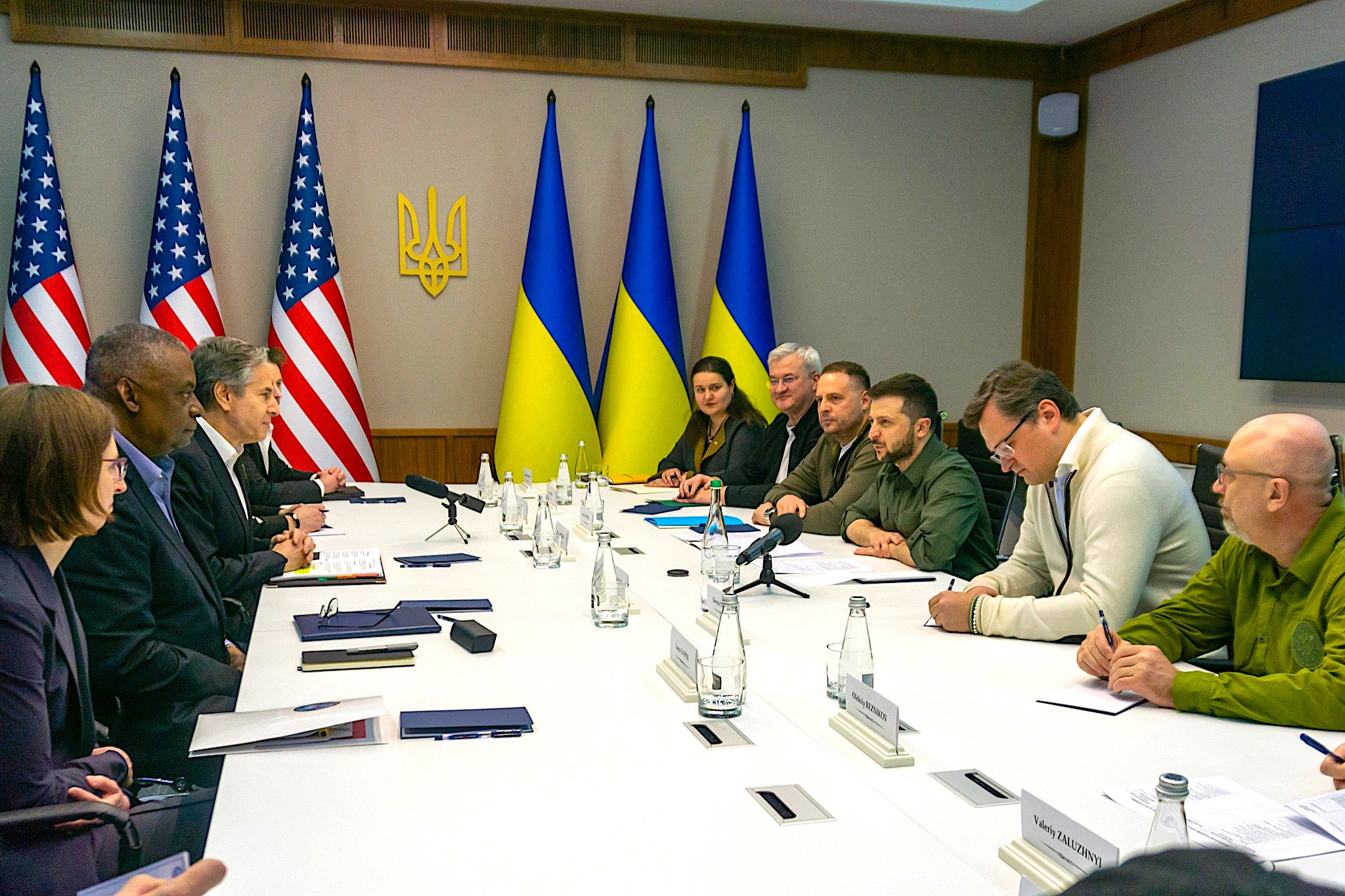 The United States on Monday gave away a bit more of its ultimate goals in Ukraine by saying for the first time that it aims to “weaken” Russia’s military capabilities as a result of the war.

“We want to see Russia weakened to the degree it cannot do the kind things that it has done in invading Ukraine,” U.S. Defense Secretary Lloyd Austin told a press conference in Poland after returning from an unannounced visit to Ukraine. “It has already lost a lot of military capability and a lot of its troops, quite frankly, and we want to see them not have the capability to very quickly reproduce that capability.”

Austin was accompanied on the trip to Ukraine by U.S. Secretary of State Antony Blinken.  “When it comes to Russia’s war aims, Russia is failing. Ukraine is succeeding,” Blinken told the press conference. “Russia has sought as its principal aim to totally subjugate Ukraine, to take away its sovereignty, to take away its independence. That has failed.”

Blinken then hinted that the U.S. goal is to remove Russian President Vladimir Putin from power. He said:

“The strategy that we’ve put in place — massive support for Ukraine, massive pressure against Russia, solidarity with more than 30 countries engaged in these efforts — is having real results. The bottom line is this: We don’t know how the rest of this war will unfold, but we do know that a sovereign independent Ukraine will be around a lot longer than Vladimir Putin is on the scene.”

Russia says its aim was never to take control of Ukraine but to defend Russian-speakers in the eastern Donbass region who have fought an 8-year civil war of independence against Ukraine after it resisted the U.S.-backed unconstitutional change of government in 2014.

Moscow says it “demilitarizing” Ukraine and “de-nazifying” it of neo-fascist groups that took part in the overthrow of the elected government in 2014, and in the Donbass war. The West has been saying that Ukraine is winning the war since it began at the end of February. It claims that the Ukrainian forces defeated a Russian attempt to takeover Kiev.

But Russia says it never had any intention of taking the capital and had only parked its forces outside the city as a diversion to pin down Ukrainian forces while Russia fought to gain control of Mariopuol in the south.  Russia says it withdraw its troops from near Kiev to join the battle for Donbass.

“What’s at stake here is much greater than Ukraine.”

Gen. Mark Milley, chairman of the Joint Chiefs of Staff, talks to CNN's @JimSciutto about Russia's invasion into Ukraine and the US' role in the conflict. pic.twitter.com/d0w0g7bCuG

Austin did not spell out how the U.S. would achieve the goal of “weakening” Russia’s “capability to very quickly reproduce that [military] capability” without a direct military confrontation with Russia.  The Pentagon has been putting the brakes on rhetoric in the U.S. media and among some lawmakers about NATO directly intervening in the war, which could lead to a U.S.-Russia conflict that could escalate to the use of nuclear weapons.  Western sanctions could inhibit Russia’s military industry as it appeared to depend on Western technology imports.

The U.S. plan seems to be to continue flooding Ukraine with weapons systems and ammunition, as well as foreign fighters, to prolong the war long enough to bleed Russia, giving it its “Vietnam” to bring down Putin.

Austin’s remarks are the clearest indication of U.S. goals for Russia via a proxy war in Ukraine since President Joe Biden said in Poland on March 26, “For God’s sake, this man cannot remain in power,” referring to Putin. Biden also said on two occasions that the reason for the economic sanctions on Russia was never to prevent an invasion but to get the Russian people to rise up against its government.

In fact the U.S. needed the invasion to launch its economic and information warfare against Russia. It got the invasion by dismissing Russia’s treaty proposals to remove NATO troops and missiles from Eastern Europe, even though Russia threatened war.  The U.S. ignored the Minsk accords to resolve the civil war in the Donbass and did not stop Ukraine from beginning an offensive there at the end of February, luring Russia to invade.

Prolonging the war as long as possible — Blinken said ten days ago it would last at least until the end of this year — is part of the trap the U.S. has set for Russia, similar to the one that former Carter national security adviser Zbigniew Brzezinski admitted he set for Moscow in Afghanistan to bring down the Soviet Union by giving it its “Vietnam,” much as the U.S. is aiming to topple Putin.