Analyzing a range of TV news outlets, journalists at The Lever found viewers are often not informed when hawkish “experts” on Ukraine are employed by the weapons industry. 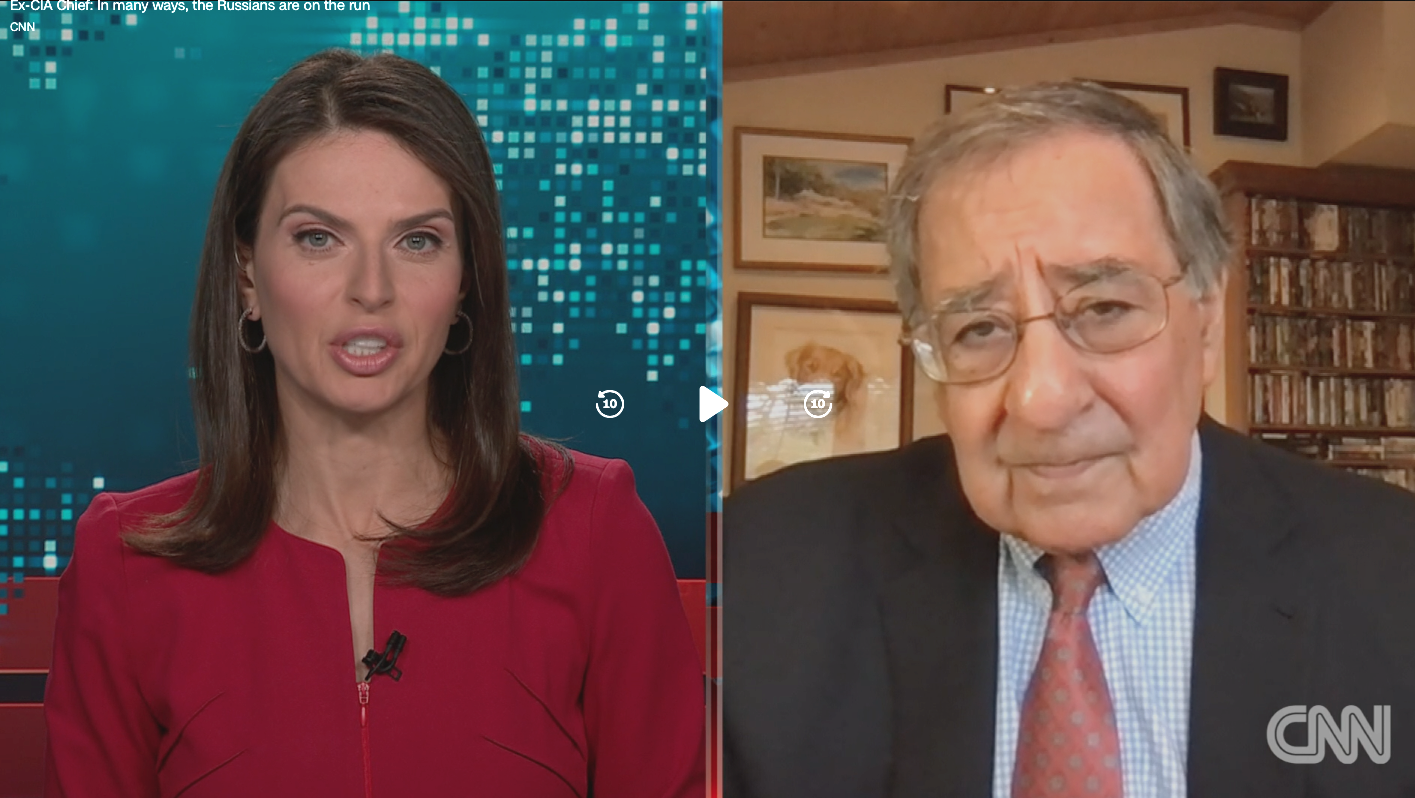 U.S. corporate media outlets are saturated with pundits — many of them ex-military or national security officials — who take to the airwaves to promote hawkish policies and actions in Ukraine and elsewhere without disclosing their own ties to the arms industry, according to a report published this week.

Analyzing punditry across a range of outlets including CNN, MSNBC, and NBC News, Aditi Ramaswami and Andrew Perez at The Lever found that the networks failed to inform viewers that many of their expert guests who called for supplying Ukraine with more weapons to defend against Russia’s invasion were currently employed by the weapons industry or its advocates.

“I think it’s awesome you can be a consultant for a company that manufactures certain missiles and go on NBC or CNN and say how important it is that we get more of those missiles shipped out, with no one saying [by the way], this guy works for the missile company,” Perez sardonically quipped in a tweet promoting the report.

The revolving door between the national security, private and media sectors has become a prominent feature of the military-industrial complex. Perez and Ramaswami note that the media watchdog Fairness and Accuracy in Reporting (FAIR) found that 20 of the 22 featured American guests appearing on corporate networks’ Sunday politics programs in the wake of the U.S. withdrawal from Afghanistan last year had ties to the arms industry or its boosters.

Unsurprisingly, many of these experts argued against ending the longest war in U.S. history. Few, if any, disclosed their conflicts of interest.

“This type of revolving-door behavior should be prohibited for military officials to serve in a private capacity representing military contractors,” Craig Holman, the government affairs lobbyist at the consumer advocacy group Public Citizen, told The Lever. “If not prohibited, it should be disclosed to everyone so when they’re going on television trying to affect [President Joe] Biden’s policy on whatever war they have in mind, they ought to be straightforward.”

However, as Perez and Ramaswami point out, “the Ukraine crisis and the potential for greater conflict have been a goldmine for defense contractors, sending stocks skyrocketing and prompting sharp increases in defense spending.”

FAIR editor Jim Naureckas told The Lever that “the people who have the most interest in influencing the direction of the coverage are weapons-makers. They have the most direct financial stake in the way we cover issues of war and peace. Unfortunately, they are interested in more war and less peace.”

“Since the start of the Ukraine crisis, U.S. defense stocks in leading companies like Raytheon, Northrop Grumman, and Lockheed Martin have surged, and they are expected to continue rising in the coming months. And in the wake of Russia’s invasion, President Biden signed into law a spending package that directs a record-breaking $782 billion towards defense — almost $30 billion above his initial request.

The bill signed by the president authorizes $6.5 billion in military aid for Eastern European countries, including $3.5 billion in new weapons for Ukraine. This is in addition to the $1 billion already spent on arming Ukrainian forces with weaponry such as Javelin anti-tank missiles made by Raytheon and Lockheed Martin, and Raytheon’s Stinger surface-to-air missiles.

Various former U.S. officials appearing on corporate media news programs have ties to these and other companies or groups representing their interests. Leon Panetta, a former defense secretary, Central Intelligence Agency (C.I.A.) director and White House chief of staff, regularly appears as a television guest expert. On CNN last week, he asserted that Russian President Vladimir Putin only understands “force” and that “the United States has to provide whatever weapons are necessary to the Ukrainians, so that they can hit back, and hit back now.”

Neither CNN nor Panetta disclosed that he is a senior counselor at Beacon Global Strategies, a military industry consulting company whose clients have reportedly included Raytheon.

Another Beacon Global Strategies employee appearing regularly on network and cable news programs is former Pentagon and C.I.A. Chief of Staff Jeremy Bash, who went on NBC’s Meet the Press days after Putin’s invasion and called for arming Ukrainian forces so they could “shoot Russian aircraft out of the sky, open up those tanks with can openers, like the Javelins, and kill Russians.”

Beacon advisory board member and retired U.S. Navy Adm. James Stavridis has frequently appeared on MSNBC, where he once said the solution in Ukraine is to “flood the zone” with ” troops, tanks, missile systems, warships, all the above, in order to send a signal to Vladimir Putin.”

“What we ought to do is give the Ukrainians the ability to create a no-fly zone,” he said. “More Stingers, more missiles that can go higher than Stingers.”

FAIR’s Naureckas told The Lever that “everyone involved is aware of the transaction that is going on.  Journalists know this as well, but you can’t admit it because that would spoil the grift if you said, ‘Here’s a person who’s funded by the weapons industry to tell you about this crisis.'”

“It should be the reporter’s instinct to explain the agenda of the people they are quoting,” he added, “but because this is such an integral part of what is done in the journalism system, you can’t give away the game.”